The Execution Of Marie Antoinette: The Last Queen Of France 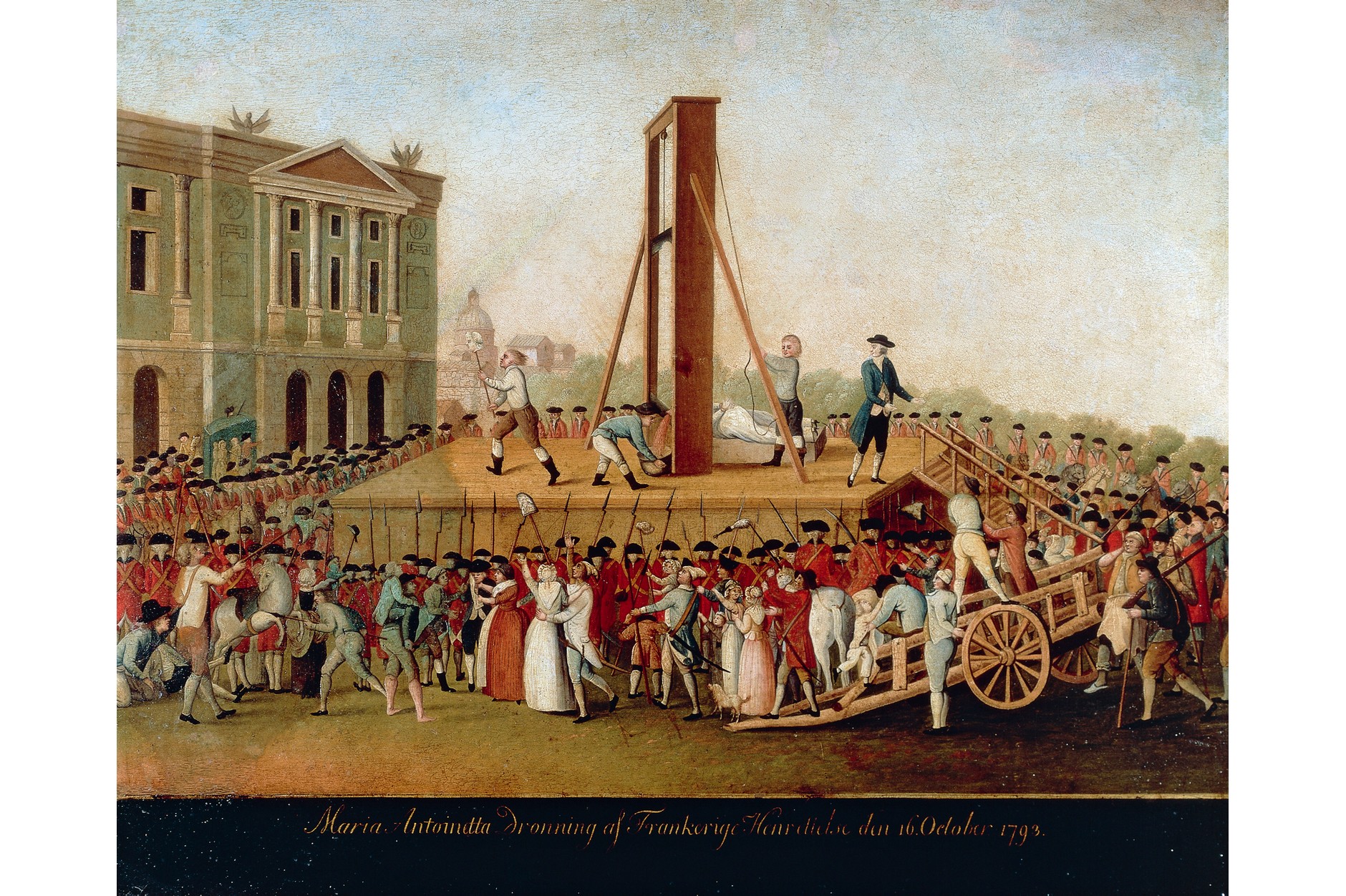 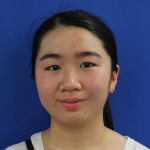 At eleven in the morning on October 16, 1793, the prison gate of the Conciergerie opened and the Widow Capet strode out. The armed force had been mobilized, cannons lined the squares and intersections; patrols scoured the street. Thirty thousand men accompanied the Queen of France to her execution. Held at the end of a long rope by the executioner, Marie Antoinette climbed into the dingy cart that was to bring her to the scaffold at the Place de la Revolution with a constitutional priest by her side. The cart moved slowly in the midst of a very dense crowd that had been waiting since dawn. The Queen sat straightly in the cart with cheeks flushed with fever, bloodshot eyes, and her coarsely cut white hair sticking out of her bonnet.1 Upon arrival, she lightly stepped off the cart without help, and slowly ascended the steps leading to the scaffold and ultimately to her death. But wait, how did it all come to this? What happened to her during her time in prison? On July 14, 1789, the Bastille Prison was taken by angry Parisians, signaled the beginning of the French Revolution. The Parisians requested the King visit Paris to acknowledge their victory. Louis XVI hesitated, but Marie Antoinette was overwhelmed with fear and wanted the royal family to take refuge in the forfeited town of Metz, near the frontier of the Austrian Netherlands. However, due to the King’s hesitation, the royal family lost the opportunity to escape.2 On October 5, 1789, the King and his family were forcefully relocated to Paris and housed in the Tuileries. After much consideration, the King followed Marie Antoinette’s plan to flee the country. On June 12, 1791 at ten-thirty in the morning, with the help of Axel de Fresen, the Queen’s presumed lover, the family implemented Marie Antoinette’s plan. Unfortunately, before they reached Metz, the town’s people recognized the family, and the National Guards, along with a large crowd that supported the Republic, escorted them back to Paris.3 On August 13, 1792, the Republic held the royal family in captivity at the Temple Tower; moreover, four months later, the council put King Louis XVI on trial and executed him on January 21, 1793, at the Place de la Revolution. On July 3, 1793, several municipal officers seized the Queen’s room and removed her son Louis-Charles, as the Republic planned to proclaim him King Louis XVII, a mere figurehead of the French Republic.4

Two and a half months before her execution, at two in the morning, the Queen along with her daughter and sister-in-law were suddenly awakened and informed that the Queen was to be transported to the prison of Conciergerie. Without protest, Marie Antoinette got dressed and bid farewell to her family members. Then, without looking back, she left the temple. Fifteen minutes later, the Queen arrived in front of the grim towers of the Conciergerie, where she was registered under the name of “The Widow Capet” and became its 280th prisoner.5 She was led by the jailers to her new quarters. It was a dungeon of fifteen square meters with walls covered with an old cloth stained by humidity. It also had a narrow window at ground level that let in a pale light. Her only furniture consisted of a camp bed, two straw seat chairs, a convenience chair, and a bidet. Only a screen shielded her from the gaze of her guards and gave her no privacy at all. An assigned maid did everything she could to improve the Queen’s conditions during captivity.6

Alexander de Rougeville was loyal to the Republic at the beginning of the revolution; however, after he witnessed the Queen’s misfortune, he decided to help her to freedom. He had formerly been part of the Comte de Provence’s military establishment and was one of the officers who had protected her on June 20, 1792. That day, angry mobs broke into the Tuileries and forced the King to acknowledge the Republic. In addition, Marie Antoinette was insulted and called a traitor of France. In early September, he accompanied the royal family’s jail administrator Jean-Baptiste Michonis to the Conciergerie with two carnations pinned to his lapel. A plan called the Carnation Plot was attempted to aid the Queen to flee the country. Marie Antoinette picked up the flower and inside, the petal concealed a tiny note, which the Queen attempted to answer by pricking out a message with a pin. However, the gendarme on duty noticed her actions, took the incriminating evidence, and gave it to his immediate superiors. The name of the plot was taken from a flower that a certain Rougeville dropped at the Queen’s feet in her cell. The idea was for Marie Antoinette to escape to the château of Madame de Jarjayes. She was the Queen’s lady in waiting and her husband was General de Jarjayes, a loyal follower of the royal family. The Queen would then be transported to Germany, which was under the rule of Austria, Marie Antoinette’s homeland. The plot failed, but before the Republic could send the guards to capture him, Rougeville managed to escape.7

In the former Grand Hambre of the Palais de Justice, the Queen of France appeared before the Revolutionary Tribunal dressed in black and wore a widow’s bonnet in white lawn and trimmed with black mourning crepe. The Republic gave her lawyers less than a day to prepare a defense. One of the accusations against her was that she had been one of the instigators of the Champ-de-Mars massacre of July 1791, and that she had sent money out of the country to her brother, the Holy Roman Emperor. In addition, she was accused of scandalous conduct with her son, and that she had instigated most of the crimes that Louis XVI had committed. Marie Antoinette refused to respond to any charges. However, Marie Antoinette believed that she was innocent of these crimes and did everything within her power to save the monarchy as she conceived it. The entire trial started from October 15, 1793 at eight in the morning and ended on October 16 at four-thirty in the morning.8

On October 16, 1793, at four-thirty in the morning, Marie Antoinette was declared guilty of the three main charges of having secret agreements with foreign powers, of shipping money aboard to Austria, and of conspiring with these powers against the security of French. After ten weeks in the Conciergerie, the Queen’s incarceration came to an end. She was sentenced to death by guillotine and yet she remained impassive and simply shook her head at the verdict. As stated by Chauveau-Lagarde, Marie Antoinette showed true courage and was void of any negative emotion.9 Once returned to her cell, the Queen wrote a farewell letter to Madame Elisabeth, her sister-in-law. During the preparation for her execution, Rosalie witnessed the planned humiliation carried out on Marie Antoinette. First, she was obliged to prepare herself under the gendarmes’ watchful eyes. When she attempted to undress in a little niche between the wall and the bed, she signed to Rosalie to shield her. However, one of the men came around and stared at her. The humiliation continued when Charles Henri Sanson came and hacked off her thin white hair with enormous scissors. Marie Antoinette was also told her hands must be bound, even though the late Louis XVI hadn’t had his hands bounded. The next humiliation occurred when she was overcome with weakness and asked to have her hands unbound and squatted in the corner. Having relieved herself, she meekly held out her hands to have them bound again.10

The day was fine and slightly misty, as huge crowds lined the route to the Place du Carrousel’s guillotine and listened to the cries of the escort: “Make way for the Austrian woman!” and “Long live the Republic!”11 Mainly the crowd heard these cries with satisfaction. By the time the cart reached the Place du Carrousel, she was sufficiently in command of herself to step down easily. Stepping lightly “with bravado,” she sprung up the scaffold steps despite her bound hands, and paused only to apologize to her executioner for stepping on his foot.12 So she went willingly, even eagerly, to her death. The head of Marie Antoinette, desired by the leaders of the French Revolution, was cut off cleanly at 12:15 on Wednesday, October 16, 1793, and was exhibited to a joyous public.

On the very day of the execution, the Queen’s mutilated body was taken to the small cemetery of the Madeleine, where the King’s body had been left nine months earlier. On November 1, a gravedigger buried the Queen’s remains and sent the following note to the multiple authorities. “The widow Capet. 6 livres for the coffin. 15 livres, 35 sols for the grave and the gravedigger.” These words described the funeral of the last Queen of France.13 With the restoration of the monarchy, on January 18, 1815, the remains of the royal bodies were exhumed with the help of Pierre Louis Desclozeaux, an old lawyer who lived at 48 rue d’Anjou. He remembered the two interments and had subsequently tended the sites. He created a garden out of the area and planted two weeping willows as a commemoration. The bodies were then briefly held at the house in the rue d’Anjou. Prayers were said before they were sealed in new coffins with appropriate inscriptions of the majesty and titles of the occupants. On January 21, 1815, a formal procession led the coffins to the Saint Denis cathedral.14 Commemorative statues of Louis XVI and Marie Antoinette were built in the cathedral and their remains were reburied in the Bourbon vault.15

No longer considered one of history’s greatest criminals, the last Queen of France today arouses interest and compassion. After her death on the scaffold, Marie Antoinette entered the world of legend and became a mythical figure.16 Being a scapegoat for the revolution, the Republic’s political decision for her execution united France. Despite being a sacrifice for the French, she never lost her composure and retained her image as a dignified Queen until the last moment of her life.17

Hello! I am a International Business Marketing major at St Mary’s University in San Antonio. I am also an international student from Malaysia. My passion is reading and gaining new knowledge. I enjoy listening to music and spending time with my friends and family.