The First Affair: A Scandal Between Alexander Hamilton and the Early American Republic 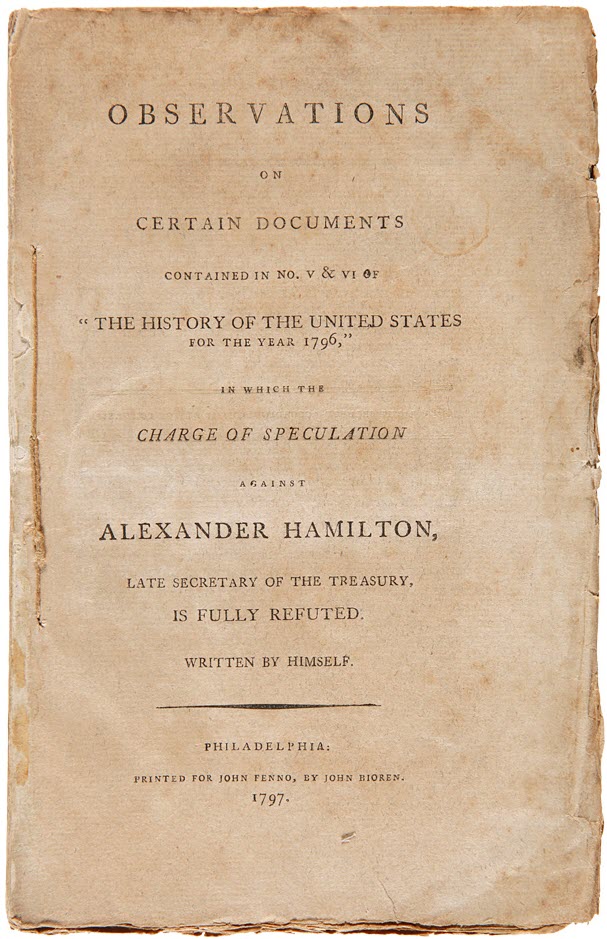 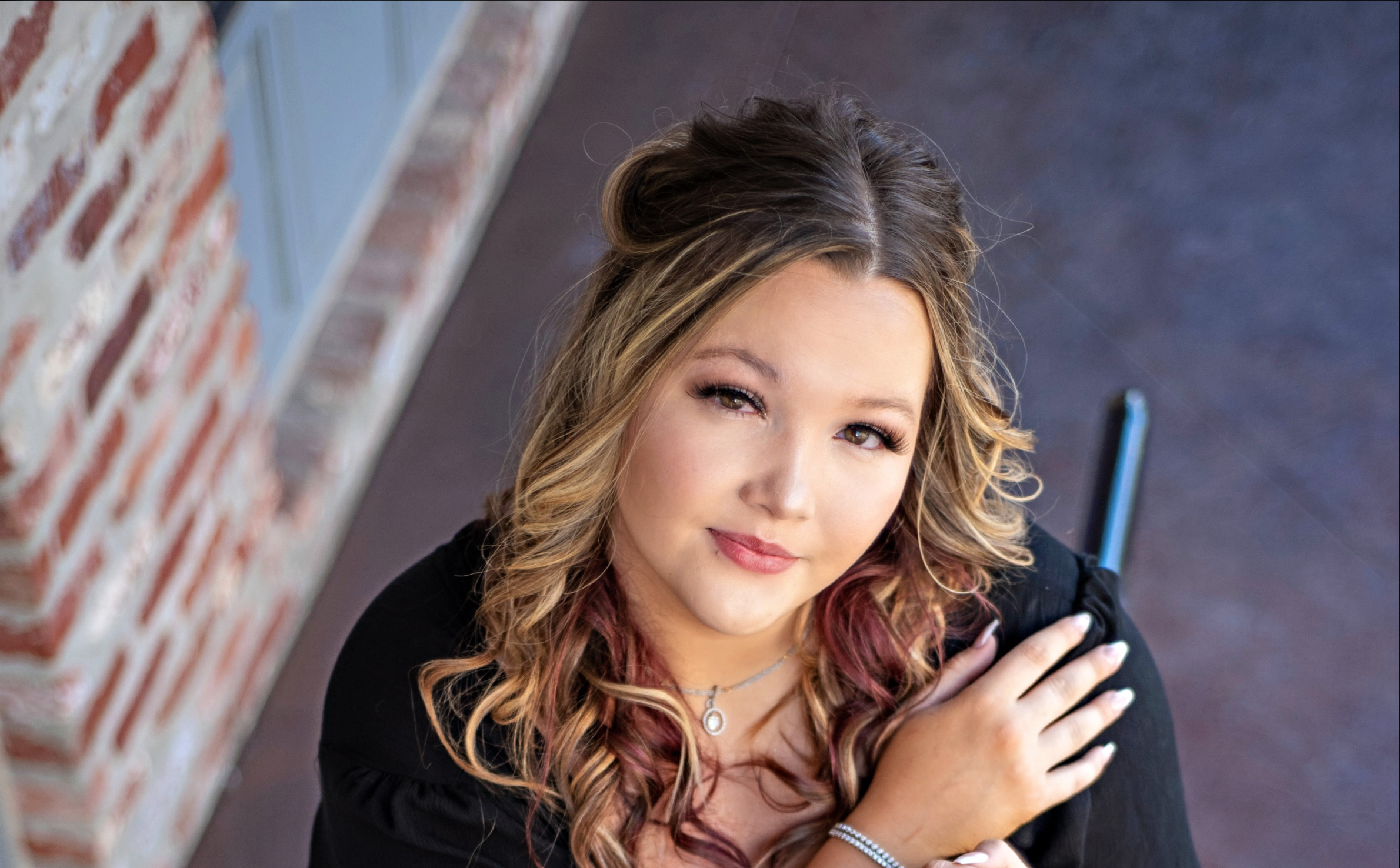 In 1797, a scandal broke that would change the face of one of America’s founding fathers forever. Alexander Hamilton published a paper titled “The Reynolds Pamphlet.” It described his torrid affair with Maria Reynolds, as well as the black mail he had received from her husband. It publicly described his affair and exposed his family to scrutiny. Before the affair with Maria Reynolds, Alexander Hamilton was married to Elizabeth Schuyler, whose father was a general during the revolutionary war, a business man, and a U.S. Senator. Before they were married, Hamilton had dazzled Eliza with letters for a couple of weeks. They would end up together because of their irrevocable love, in spite of their differences: Eliza was a wealthy heiress expected to marry rich, and Hamilton was a penniless bastard orphan. Together they had eight children: Phillip, Angelica, Alexander, James Alexander, John Church, William Stephen, Eliza Hamilton Holly, and Phillip (called Little Phil in remembrance of his older brother who would later die in a duel).1 They had a happy marriage until Eliza and the children left him in New York during the summer of 1791 to go visit her father, Phillip Schuyler, in his upstate home. Hamilton did not go with his family because he was too busy working, since he was at the most important and active part in his career.2

Sometime in the summer of 1791, Hamilton was approached by Maria Reynolds while his family was away with Eliza’s father. She asked Hamilton for financial support in the form of a loan, because her husband, James Reynolds, had abandoned her for another women and left her penniless. She begged him for help; she didn’t have anywhere to go and knew of no one who could help her. She had picked Hamilton for help because he was known for his philanthropic actions. It was believed that Hamilton was willing to help because his mother had been abandoned as well and she had died because of it. When Hamilton arrived to the Reynolds house, Maria brought him inside, and then to her bedroom. They began conversing in the room and Hamilton described that she seemed to want something more than just the money.3  and thus began the Hamilton-Reynolds affair. Throughout the affair, Hamilton and Maria would pass letters back and forth to each other while meeting at the Hamilton household, the house that he shared with his wife and children.

The affair continued for the rest of that 1791 summer, and supposedly ended when his pregnant wife and children returned home from Elizabeth Schuyler-Hamilton’s father’s estate. At the same time, James Reynolds returned back home to Maria from his supposed affair. Months after the supposed end of the affair, James Reynolds found the letters that Hamilton had sent to his wife that were kept by Maria, and he wrote a furious letter to Hamilton describing his distress and anger about the situation. He claimed that Maria no longer loved him and that she only wanted Alexander. James threatened to tell Elizabeth about their affair and leave Maria penniless because of her infidelity. James Reynolds soon proposed a bribe to Hamilton. He wanted a payment of one thousand dollars, even though Hamilton’s annual salary was three thousand dollars. It seemed to Hamilton to be a nearly impossible amount. The other side of the agreement was that James would leave town and abandon Maria so that Hamilton could have her. Hamilton paid the bribe in two payments since the amount was astronomical; however, James did not leave town.4

He continued to request payments from Hamilton. They started small, at about thirty dollars; but they soon increased to nearly three hundred dollars, causing Eliza to get suspicious because they no longer had expendable income. Hamilton paid the first couple of requests, but as the amounts increased, he refused to pay and their correspondence was ended. They did not have any contact with each other up until James was arrested for the “subornation of perjury and attempting to defraud the United States” as stated  by the New York court system.5 During the war and after, he had been speculating and buying up all the land with money he had printed.

While in custody, Reynolds knew he needed some sort of leverage to help earn his release, and he hinted that something nefarious was going on with the Secretary of the Treasury. Instead of defaming Hamilton’s name by speaking of the affair, Reynolds tried to encompass Hamilton in a bigger scandal, that he was using his position of power to garner financial gain.6 The people who were there to listen and to understand what Reynolds was trying to say were James Monroe, Agustus Muhlenberg, and Abraham Venable, all members of Hamilton’s opposing party, giving them a reason to listen.7 The men went to Hamilton’s office one night and threatened to go to George Washington with this information that Hamilton was misusing his power and that he was committing treason by using and stealing government money if Hamilton did not tell them everything. Hamilton explained that he believed that he had been set up by the husband-wife Reynolds team and that the payments were a result of blackmail and not speculation, and they agreed to a “gentleman’s agreement” where they would never mention it in a public setting. They found Hamilton innocent of any financial crimes, and they agreed to never use this information against him. After the men had finished discussing with Reynolds, Reynolds was released from jail. However, Hamilton would continue to receive many attacks on his character from the rumors that had begun to spread from the discussion between the four men. He would constantly have charges of corruption brought against him from the opposing party and accusations of misconduct would constantly surround him after the Whiskey Rebellion, but his involvement with Reynolds and the affair was never brought up because of the standard that kept a man’s public character from his private deeds.8

However, despite the “gentleman’s agreement,” a journalist named James Callender published an article about the charges against Reynolds after Hamilton had stepped down from office, and he included Hamilton by stating that he had abused his seat of power as Secretary of the Treasury to speculate in federal securities in the last week of June 1797 and in first week of July 1797. Callender defamed Hamilton by saying that he was corrupted by Reynolds, who was no more than a pimp, and that since his personal character was tainted by his correlation with Reynolds, his public integrity was also tainted. Hamilton speculated that James Monroe had given up Hamilton’s secrets to Callender because he was recently recalled from France and from his position as minister to France, and Monroe blamed Hamilton for the recall. Hamilton confronted Monroe about this speculation and they were so furious with each other that they almost began a duel on the spot. Monroe denied having given Callender his notes.9

Instead of ignoring the bomb that was about to go off, Hamilton decided to respond in turn to the article that Callender wrote. Hamilton wrote in a ninety-five page essay the details of his affair and the blackmail involved with it. Historian Richard Brookhiser believed that Hamilton was “ruthlessly sacrificing the privacy of his family—and hers—to protect his public reputation.”10. Hamilton described that he did not abuse his place as the Treasury Secretary because he didn’t use any of the country’s money. He only used his own earnings in two different payments. He tried separating himself from his private life and his public character, describing that his personal misconduct within his family and with his wife should not discredit him as a political figure.

Elizabeth Schuyler-Hamilton never commented on the affair publicly, and she chose to support Hamilton publicly. However, Eliza did burn some of the letters that Hamilton had written to her during their courting, erasing examples of Hamilton’s goodwill from history, as a retaliation of sorts for his infidelity and proving that she wasn’t all that supportive during this time. Their reconciliation was tainted by the death of their eldest, Philip, who was killed in a duel while using Hamilton’s gun. However, they were able to work through it and stayed together and had another child, Little Phil, until Hamilton was himself shot in a duel.

Hamilton’s career was tainted by this exploit for the rest of his life. Many opposing parties used it against him in order to discredit him and his party’s actions. He would be involved in the election of 1800, where he endorsed Thomas Jefferson over Aaron Burr, which infuriated Burr. He was still a public figure with a lot of sway in politics up until he died in a duel against Aaron Burr.11

My name is Courtney McClellan, I am a criminology major with a minor in political science and I really enjoy reading and history.
Author Portfolio Page