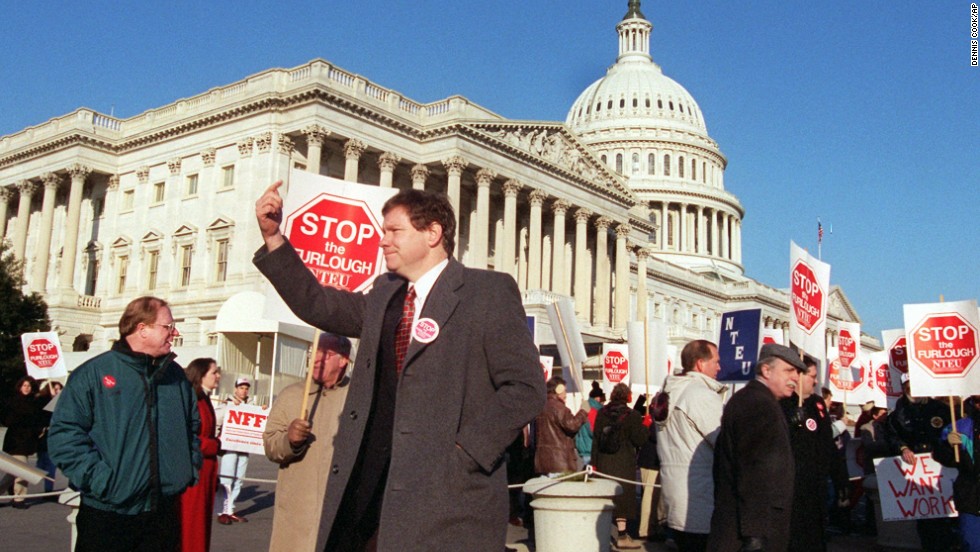 Clinton wanted to increase funds for Medicare, Medicaid, education, and preserving the environment.1 The Republicans, though, wanted the opposite. By refusing to increase funding for Medicare, Medicaid, and preserving the environment, Clinton vetoed the budget and held negotiations to reach a compromise. However, Clinton had an issue with one of the Republican leaders he was meeting with, House Speaker Newt Gingrich. Before the shutdown, Clinton and Gingrich attended the funeral of Yitzhak Rabin, the Prime Minister of Israel. During the flight, Gingrich was told to sit at the back of the plane. It was perceived by others that Gingrich tried to use the shutdown as a form of vengeance against President Clinton. Although Gingrich felt angry at Clinton for the event on the flight, it did not affect the ongoing negotiations. After holding talks with Congress for five days, Congress passed a continuing resolution, which kept the government funded until December. Clinton signed the resolution on November 19, 1995, ending the five-day shutdown. After the resolution was signed, Congress was in a race against time to prevent another shutdown. Gingrich, however, thought to use this time to bash the President. During this period, Speaker of the House Newt Gingrich voiced his disagreements with President Clinton on the budget. By doing this, Gingrich made a tactical mistake by appearing too eager to shut down the government again.2 On December 16, 1995, Congress wanted to pass a second continuing resolution to give themselves more time to put the budget together. Clinton soon vetoed the resolution, thus sending the government into another shutdown. Both Congress and President Clinton found themselves back at the drawing board again.

President Clinton and Congress met on December 29, 1995, to compromise on a budget. During this time, the country was getting ready for the presidential elections. Republicans sought to use this shutdown as a weapon against Clinton’s failed policies. The negotiations continued until January 1996. On January 5, 1996, protests had erupted outside the Capitol. Government workers were demanding the end of the government shutdown, so they could get paid. Republicans held a press conference about the negotiations. They argued that they were trying to reduce government spending on federal programs, whereas Clinton wanted to increase spending for those programs. In some sense, Republicans thought that the amount of federal spending was one of the bones they had to pick with Clinton.3 By January 6, 1996, a compromise was met and President Clinton agreed to sign the budget bill, thus ending the twenty-one-day shutdown.

Although the shutdown was over, there were some benefits for both political parties. The Democrats and the Republicans made some gains after the 1996 presidential election. Democrats gained a few seats in the House of Representatives. Republicans, on the other hand, gained two seats in the Senate and kept control of Congress. House Speaker Newt Gingrich, however, had his political reputation damaged because of the disagreements with President Clinton over the budget. President Clinton’s job approval ratings were generally above the 50% mark after the shutdown in 1996 and he cruised to a re-election victory over his Republican opponent, Senator Bob Dole, in the fall of that year.4