The King of Gaming: How One Man Revolutionized the Gaming World 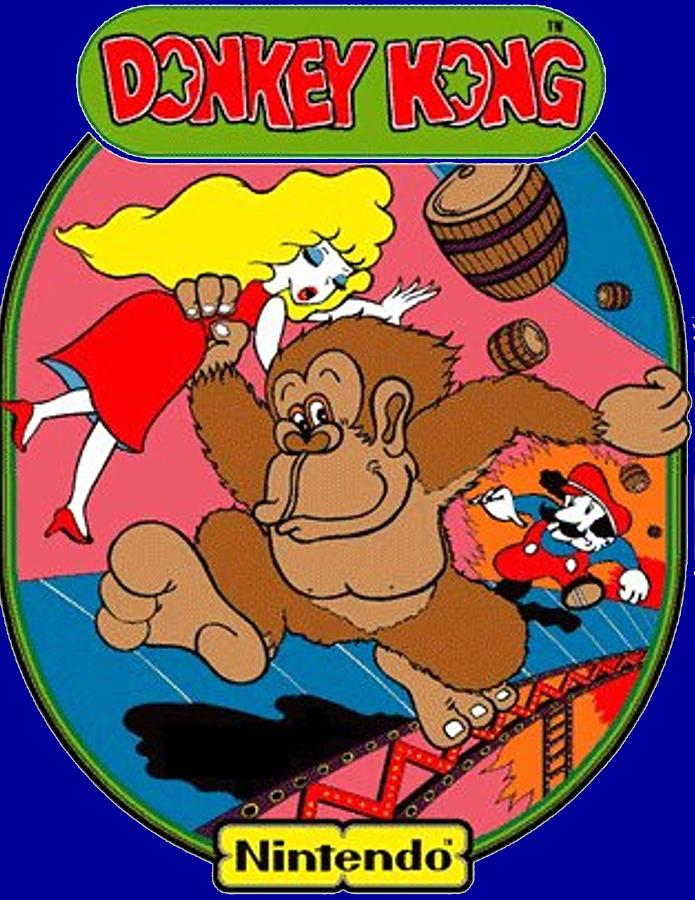 Whenever someone, young or old, thinks of video games or video game companies, usually the first thing that comes to mind is either the family-friendly company Nintendo or the man himself, Super Mario.1 But even with the world of video games constantly evolving and changing as time goes on, it’s easy to forget how, back in the days of arcades and other coin machine games, a simple carpenter had the most impact on how we not only design video games, but perceive them as well.2

I want you to imagine this: You’re a newly graduated Arts major in Japan, your fields of interest all revolve around the simple idea of using your creative arts skills to share your ideas with the world through the media of toy making, while also making yourself a handsome income as well. But even back in the 1970s, an Arts degree was still a major cripple in the world of job recruitment, since the majority of employers looking for hired help didn’t see an Arts degree as something worthwhile for their company. That’s the situation Shigeru Miyamoto found himself in when he graduated from the Kanazawa College of Art, as he had ignored his parents’ warnings to not pursue a degree in art, since it was difficult to find a job that would make a substantial income to support him and his family. But Miyamoto stuck to his guns and knew that the creative arts was something he was passionate about. He wanted to pursue the arts as a form of “dream job,” since he was always making all kinds of toys and playing cards in his free time.3

Needless to say, his time in the Kanazawa College of Art was well spent! On top of studying and doing homework, he was also an avid video game player and would find time to play arcade games in his free time. Of course, upon graduating college, things started going south, because his parents were right. Finding a job with an Arts degree was difficult for Miyamoto, especially when he couldn’t find any job that interested him. Fearing the worst, Miyamoto spent the next few years of his life designing, making, and selling all kinds of handmade toys, in an attempt to support himself financially; but it was all disheartening, not only for his parents, but also for himself as well.4

It wasn’t until a few years of unemployment later that Miyamoto’s father introduced him to an old friend of his: the then-president of Nintendo Hiroshi Yamauchi. In the early-to-mid 1970s, Nintendo was nothing more than a simple toy company that sold card games and other toys marketed towards children, and it was because of this that Miyamoto’s father introduced him to Yamauchi, giving him a few samples of the various toys, cards, and other forms of artistic media his son had made in his spare time. It would be an understatement to say that Mr. Yamauchi was anything short of impressed. He hadn’t seen something this creative before in his life, especially something that came from a recent college graduate! In 1977, Miyamoto was hired to work at Nintendo, though he was only given the position of a simple concept and design artist for Nintendo’s toy, card, and gameboard lines at the time.5

Miyamoto was content with the position he had with the company, and was relieved to know he would be able to support himself by using something he felt passionate about. However, as time progressed and new technological advancements were being created, the people of the world weren’t interested in playing with toys, cards, or board games anymore, especially in Japan. Yamauchi knew this, and feared that his company would be forced into bankruptcy if they didn’t find a way to get themselves back into business. With much at stake but little options left, the president turned to the employee who had only been working at the company for three years, and called him in to discuss the idea of moving the company into the media of video games, since physical games and toys were beginning to die out when put against the competition of things such as computers, arcade games, and even other competing companies as well.6

After being in the company for only three years, Miyamoto was tasked with the heavy burden of creating an entirely new video game from the ground up, with little to nothing to work with in terms of budget and licensing. But at that time Yamauchi and the rest of the staff put their faith in Miyamoto, since they knew how passionate and creative he was in terms of creating his own ideas. It was because of this creativity that they hoped that he alone would be enough to make a game profitable enough to spearhead Nintendo into becoming a video game oriented company to compete with rival companies and keep up with the advancing world of entertainment. Of course, even with Miyamoto’s fierce and unwavering determination, that wasn’t enough to keep him from worrying about the more important details in the video making process, particularly the lack of skilled hands in the field of coding, since Nintendo was a strictly toy-based company at that time and contained very few members who knew coding. Miyamoto and the small team he was given were also under constant stress with the various looming deadlines set in place for key components of the game, to make sure they were on track to distribute the game across Japan. They were even under more stress because they were given the entire budget the company had at that time, which was nothing more than a dwindling and shallow pool of money that Nintendo had left. To make matters worse, competition Nintendo had with longtime rivals Namco and Taito in not only the Japanese market but the American market as well, spelt doom for them, as Namco and Taito had already developed hit titles like Pac-man and Space Invaders, and Miyamoto was actually intimidated to make a game idea of his own because of this (not to mention the company didn’t have enough money to buy licensing for Popeye the Sailor Man, a character Miyamoto wanted to base a game around at first).7

But without much time left to worry about purchasing licenses or about how much of the market was dominated by their competitors, Miyamoto came up with the concept for the classic arcade game Donkey Kong (a name that Miyamoto thought roughly translated to “Stupid Ape” in English). The game itself followed the heroic exploits of Mario, an Italian carpenter, on his quest to save his girlfriend from the escaped gorilla Donkey Kong.8

Development went as smoothly as it could, given the team’s current circumstances. A few mechanics of the game had to be rushed due to deadlines, and the fact that the debt Nintendo had was slowly accumulating as a result of producing the game. It was sink or swim at that point, and dropping the Donkey Kong project would do more harm than good at that point in its development. But after one year—one stress and anxiety filled year—the Donkey Kong arcade game was released across Japan in arcades in almost every major city at that time! Thankfully, despite having fierce competition from games like Space Invaders, Pac-man, and other arcade games developed by their rivals, Donkey Kong ended up being a major success, becoming a popular hit in Japan and reeling in enough profit to start moving the game into the West, where its popularity only succeeded the one it had in Japan.9

Upon hitting major success with Donkey Kong, Nintendo decided to send the game over to the west in hopes of achieving the same level of popularity they achieved in Japan. And much like our eastern friends, the west saw Donkey Kong as one of the most revolutionary games of the era. People from all over the United States flocked to their town’s arcades to push in as many quarters as possible to try and scale the various levels set forth to them by Miyamoto himself. The fever of Donkey Kong in America was so widespread and hyped up that it had created something of a cult almost, bringing together professional arcade players from all across the world to compete for the glorious title of the “King of Kong,” aka the one who had achieved the highest possible Donkey Kong score in the entire world.10