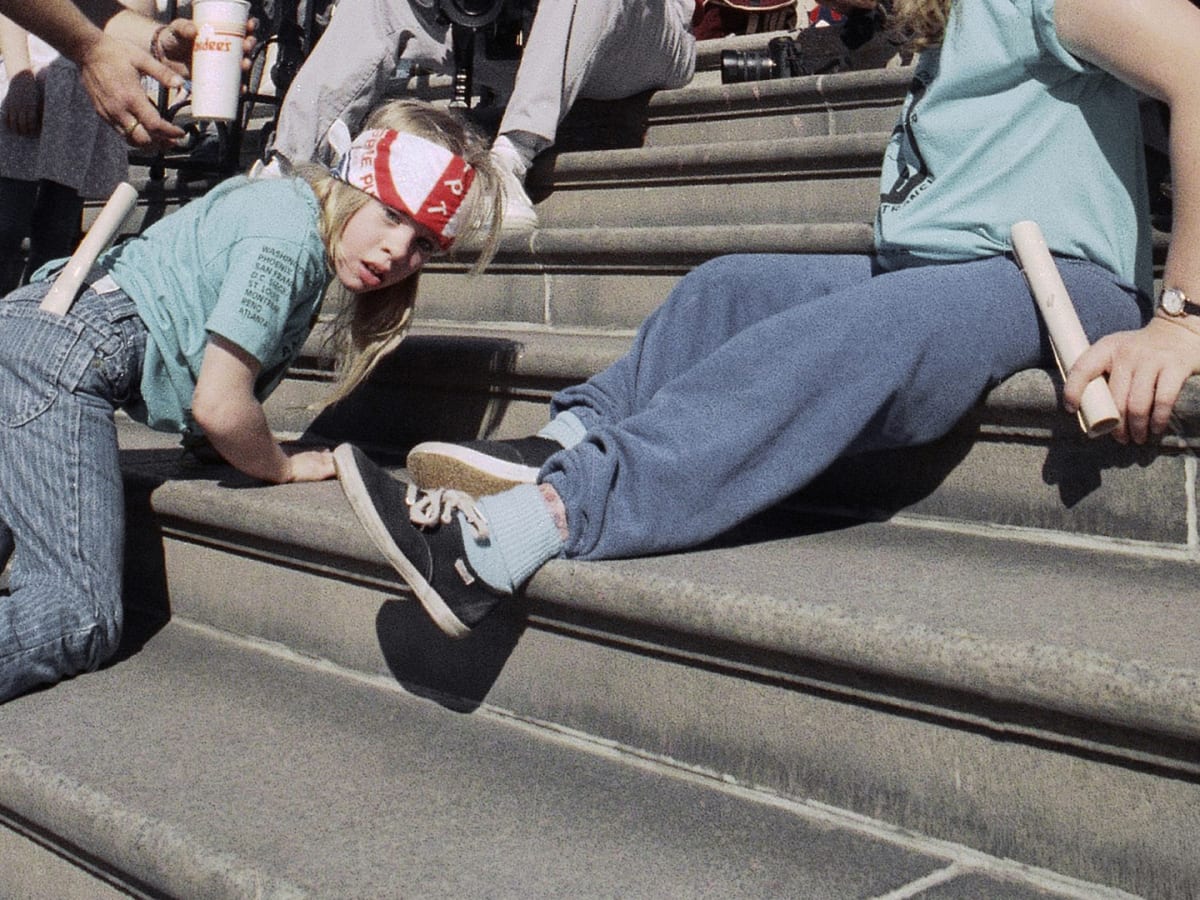 The atmosphere compressed down as the sun’s heat baked the exposed concrete of the steps. That heat only served to push Jennifer further up the steps alongside her fellow crawlers. Willing her body to move up each step of the Capitol building was the only thing on her mind. Jennifer Keelan-Chaffins was intent on making sure the politicians inside that building understood and saw what the barriers that stood in their way really meant for them. No amount of concrete obstacles or formations were going to keep her from demonstrating this. To Jennifer, the signing of the Americans with Disabilities Act was not a matter of convenience; it was a matter of survival and of being able to participate in society with dignity. The ADA meant finally being able to have access to the things the rest of America’s non-disabled people take for granted. On one of the hottest days in March, Americans of all ages, races, genders, and backgrounds headed for the Capitol building. March 12, 1990 was a perfect culmination of circumstances.

Part of the groundwork that laid the foundation for the writing of the ADA was section 504 of the Rehabilitation Act. This was the first time in history that disabled people’s civil rights were included in legislation. Section 504 states that organizations and employers cannot discriminate against disabled people from being able to access services and program benefits. However, this addition of the 504 was hard fought for by disabled activists that organized and demonstrated their own sit-ins and protests.1 From the beginning, disabled people have been present in the fight for their own right to exist publicly in society. Along with Section 504, disabled Americans also fought for the right to work, for deinstitutionalization, and for their right to live independently. All of these moments in disabled American history converged and led up to the Americans with Disabilities Act.2

The ADA was introduced in the 1980s as the first civil rights legislation that was created with and for disabled people in mind. One of the main goals of the ADA was mandating accessible buildings and transit for people with disabilities. Prior to the ADA, busses and subway systems had no way for people with mobility aids to access them without climbing out of their chairs and lifting themselves and their aids up and down each step and ledge. Busses had no wheelchair lifts, subways had no elevators, parking lots had no disability parking, doorways were too narrow for wheelchair access, sidewalks lacked curb cuts, and buildings lacked accessible ramps. Although the legislation was introduced in the 1980s, it had taken almost a decade of waiting around for something to happen, because the bill had not been able to pass into legislation.3 Disabled people had to take things into their own hands. Thousands of individuals from various disability communities headed to the Capitol’s west entrance of the National Mall holding up signs urging for the ADA to be signed.4 Among these signs was the iconic disabled American flag, with stars depicting the disabled symbol. Many prominent disability activist groups were in attendance, like ADAPT (Americans Disabled for Attendant Programs Today). ADAPT stood in direct opposition to the main reason why the signing of the ADA was being stalled: the House Committee on Public Works and Transportation. Politicians argued that the ADA was too complicated and too expensive to adopt.5

People in wheelchairs and people using canes and crutches and other mobility aids shouted and marched. Family and allies of the disabled community stood alongside them in their efforts to get things moving at the Capitol. As they headed down Pennsylvania Avenue, they shouted, “What do we want? The ADA! When do we want it? Now!” and, “The people united will never be defeated!”6 Sweat dripped down their faces and their clothes stuck to their bodies, but the heat of their march was no match for the heat of March.

Upon arriving at the base of the Capitol steps, protestors literally stood in opposition against all that they were fighting against: the lack of accessibility in America. The Capitol building had no accessible access, just steps that seemed to tower over the protestors. Among the crowd of protestors sat Jennifer Keelan-Chaffins. Born with cerebral palsy and an already experienced activist at age eight, she was not deterred by the steps that stood in her way. Like her fellow protestors, Jennifer tightly held onto a pamphlet that was intended to be given to a politician in the effort to convince them to be in favor of the bill. Jennifer thought back to her experiences as a disabled student at school and how she was excluded from school classrooms and not allowed to attend certain schools.7 Most schools segregated disabled students entirely from the general classroom and their buildings often lacked accessible access. She remembered that her school back home did not even let disabled students eat in the cafeteria. Disabled people were to be hidden away from society. This served to feed her determination to get the ADA signed into law.

After a speech from a politician in favor of the ADA at the protest, Jennifer watched as her fellow protestors slid out of their chairs to the ground and began crawling to the steps. Many protestors needed help from friends and family to lift themselves up each grueling step, while others had to take long breaks. Some chose to stay back in their chairs and cheer on the crawlers. But this was nothing new for them as they faced these barriers daily all across America. As one of the only disabled children in attendance, Jennifer viscerally wanted to participate not only for herself, but for all the disabled kids that could not be there.8 “I need to climb those steps!” she said to her mother. And so she too slid out of her wheelchair and crawled to the base of those monstrous 78 steps.9

Upon making it to the first step, Jennifer placed her palms on the flat concrete and began to lift her body. The concrete, scorched from the sun, was practically steaming. After successfully climbing a few steps on her own, cameramen began to swarm Jennifer as she was the youngest person climbing the steps and others offered to give her water. Jennifer mostly paid them no mind except for the times she needed to take a break and accepted the water offered to her. Jennifer remembers that it seemed like fifty people were offering her water. Determined to make it to the top of those steps, she ascended each step, one at a time. Every step up was a struggle as her muscles strained and her body struggled to maneuver over the obstacles. Skin scraping against hot concrete and her bandana soaked with sweat, she continued her climb. Gritting her teeth, she shouted, “I’ll take all night if I have to!”10 True to her word, Jennifer never gave up her climb of the concrete mountain. She reached the top with her fellow protestors cheering her on and telling her, “You can do it! You made it to the top of the mountain!” Embraced by her mother, Jennifer knew there was no way they could be ignored by those politicians now.

That day, disabled people forced their fellow Americans to truly see them. The protestors showed America and the politicians inside the Capitol what disabled Americans had to do everyday just to simply travel to the store or to work. Jennifer and her fellow protestors succeeded in getting the attention of the politicians inside the Capitol. June 26, 1990, President George H.W. Bush finally signed the long awaited Americans with Disabilities Act.11 While it was the President that signed the act, it was the protestors that America had to thank. It is said that the image of Jennifer climbing the Capitol steps is what pushed the politicians over the edge to finally stop debating and actually agree to sign the Americans with Disabilities Act into law. The curb ramps, disability parking, bus wheelchair lifts, braille on elevators and signs, even the closed captioning on our videos and movies, and so much more that we take for granted today are all thanks to the ADA.

However, there are still issues that disabled Americans face today. For instance, disabled individuals still lack access to many buildings and transit even though the ADA was signed and many Americans with invisible disabilities face barriers that were not addressed by the ADA. Jennifer, today, says that the ADA is a floor for disability rights, not a ceiling and that there is still much work to be done. But if it was not for people like Jennifer Keelan-Chaffins, who had to fight for their right to exist openly, freely, and equally in society, we would still be living in the same world from thirty years ago. Today, March 12, 1990 is known as the Capitol Crawl and is credited as the pivotal moment that led to the signing of the ADA.

Jacy is a psychology major history minor in the class of 2021. She is an aspiring social worker. Her hobbies include writing, reading, and collecting music memorabilia. Her passions include traveling, cinema theory, social justice, and music. Jacy is particularly passionate about disability rights, intersectional feminism, and mental health.
Author Portfolio Page