The Love Story of the Lovings 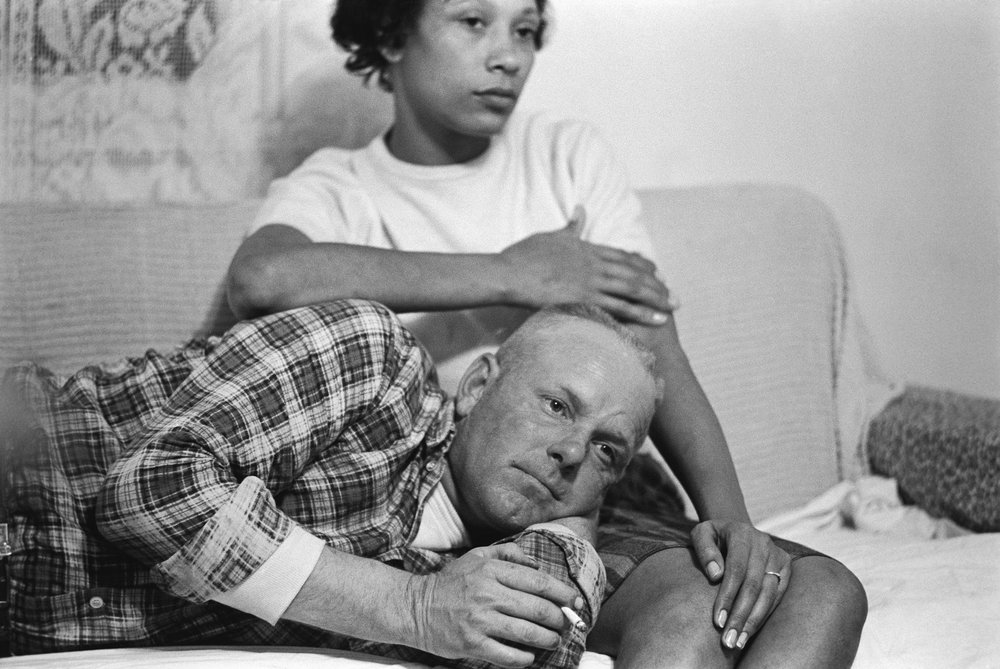 “Not a day goes by that I don’t think of Richard and our love, our right to marry, and how much it meant to me to have that freedom to marry the person precious to me, even if others thought he was the ‘wrong kind of person’ for me to marry. I believe all Americans, no matter their race, no matter their sex, no matter their sexual orientation, should have that same freedom to marry. Government has no business imposing some people’s religious beliefs over others. Especially if it denies people’s civil rights. I am still not a political person, but I am proud that Richard’s and my name is on a court case that can help reinforce the love, the commitment, the fairness, and the family that so many people, black or white, young or old, gay or straight seek in life. I support the freedom to marry for all. That’s what Loving, and loving, are all about.” – Mildred Loving.1

On June 2, 1958, two childhood sweethearts, residents of Virginia, Mildred Jeter, an 18 year old, half African American and Cherokee woman, and Richard Loving, a 24 year old white man, were married in the District of Columbia, where it is legal for any man and women to marry regardless of their skin color. However, the District of Columbia was one of the few places where interracial marriages were legal. The District of Columbia along with other states believed a person could marry anyone they wanted regardless of the color of their skin. Shortly after  their wedding, they returned to their home in  Virginia. This was July 1958 16 and the State of Virginia did not recognize marriage between interracial couples which led to their arrest in the middle of the night in their home. “The Sheriff barged into the house, walked into their bedroom in the middle of the night, with no permission and demanded to know why they were together. Mr Loving worried of such a possibility told them his marriage license was in the drawer of the nightstand. But the sheriff arrested them anyway and charged them with violating that state’s anti-miscegenation laws prohibiting inter-racial marriages.” 2 They were arrested for violating the States Racial Integrity Act of 1924. The act made it illegal for a white person to marry anyone other than a white person, and were not able to marry unless they could prove the man and women were of pure white blood. If anyone violated this act it could result to 1 to 5 years in prison. In court, the Lovings both pleaded guilty and were sentenced to 1 year in prison. When they went to the Virginia Supreme Court Judge Leon M. Bazile found them guilty and suspended their one year sentence “On the condition that the couple leave the state and not return to Virginia together for 25 years.” 3

At that point there was nothing the Lovings could do anymore but leave. They left everything they had, including friends and family and tried to make a life for themselves in Washington DC. They would at times drives back to Virginia to see family and were extremely cautious to not be seen together. They were never together in Virginia unless they were inside the house where no one could see them. Some days Mildred would stay in Virginia and Richard would leave and on some they did the opposite. It was a tiring journey and Mildred could not take it anymore. Washington was not the ideal place where she wanted to raise her kids or live the rest of her life. She yearned for their life was back home in Virginia. During this time the Civil Rights Movement was rising and it inspired Mildred to take a huge step.  In 1964, Mildred wrote to Attorney General Robert F. Kennedy hoping he could help. Kennedy then told her to contact the American Civil Liberties Union (ACLU).  Bernard S. Cohen and Philip J. Hirschkop, ACLU lawyers, were more than eager to take up the case.4

Cohen and Hirschkop decided to take the case to the District Court of Virginia. It took a whole year for the suit to go through. However nothing changed. Judge Bazile’s argument was “Almighty God created the races white, black, yellow, Malay and red, and he placed them on separate continents. And but for the interference with his arrangement there would be no cause for such marriages. The fact that he separated the races shows that he did not intend for the races to mix.” 5 His prejudiced response gave them the grounds they needed to appeal to the Virginia Supreme Court of Appeals, however Judge Bazile’s decisions was upheld. It was the time every lawyer dreams of, for them to take the next big step: the Supreme Court. Finally, on April 10, 1967, the case came before the Supreme Court. This was the first time, the Supreme Court had to decide about interracial marriage bans. Neither one of the attorneys had experience in federal courts. Hirschknop was only two years out of law school and Bernard who had been out of law school for over three years, still lacked real experience in the Supreme Court. One of the biggest civil rights cases in the United States was being argued by two lawyers who lacked experience drastically lowering their chance of winning.  Their argument was that Virginia’s law violates both the due process clause of the 14th amendment and the Equal Protection Clause. “The clear and central purpose of the Fourteenth Amendment is to eliminate all official state sources of invidious racial discrimination in the states.” 6 The lawyers used their evidence and knowledge to express how civil rights are part of any person’s constitutional and fundamental human right for pursuit of happiness, no matter the color their skin. The state made its argument based on “equal application theory”. They argued since both received the same punishment, they were not discriminated based upon their race, i.e. there was nothing constitutionally wrong with the court’s decision.

Neither Mildred nor Richard Loving appeared in court. However Richard sent a letter to the justices “Tell the Court I love my wife and it is just not fair that I cannot live with her in Virginia.”7 The love of the Loving was strong and the United States Supreme Court Justices granted it constitutional protection it deserve equally under the law. On June 6 1967, the Court made its decision. Their unanimous decision ruled in favor of the Loving family. Bernard S. Cohen and Philip J. Hirschkop, won the case for the Lovings and proved the State of Virginia wrong. Loving v. Virginia 1967 forced 16 US states to strike down their anti-miscegenation laws.8. Chief Justice Warren delivered the opinion of the court. He stated “There is patently no legitimate overriding purpose independent of invidious racial discrimination which justifies this classification. The fact that Virginia prohibits only interracial marriages involving white persons demonstrates that the racial classifications must stand on their own justification, as measures designed to maintain White Supremacy.” 9

Nine years after the Lovings’ arrest, Mildred and Richard could finally go home in peace. Richard built a house for his wife and 3 children in Virginia where they live together having overturned unjust laws. The battle was finally over, couples of every race could intermarry in any state they chose. The Lovings got to live and raise their children in their home state.  Sadly, this beautiful family’s happiness was cut short when a drunk driver ended the life of Richard Loving on June 29, 1975. Mildred lost sight in her right eye in the same accident. She continued to lived in the house Richard built for her and their children. She never remarried. She could never love anyone as much as she loved Richard. She did not leave her house as much after his death and remained pretty quiet until recent years. She became an even bigger inspiration to many. She was interviewed and asked about her opinion on same sex marriage. She became a huge advocate for same-sex marriage. From her own experience, she knew that the government has no right to tell anyone who they can and cannot marry. Her story helped the landmark 2015 same sex marriage case that made it legal for adult to marry no matter their gender. Last year was the 50th anniversary of the Loving case, and on June 12, we celebrate the unofficial day called “Loving Day” to remember the Loving case and the end of all bans on interracial marriages. Their love is eternal and their case will be remembered as the case that showed hope and love can overcome injustice and discrimination. “Thats what Loving and loving are all about.” 10