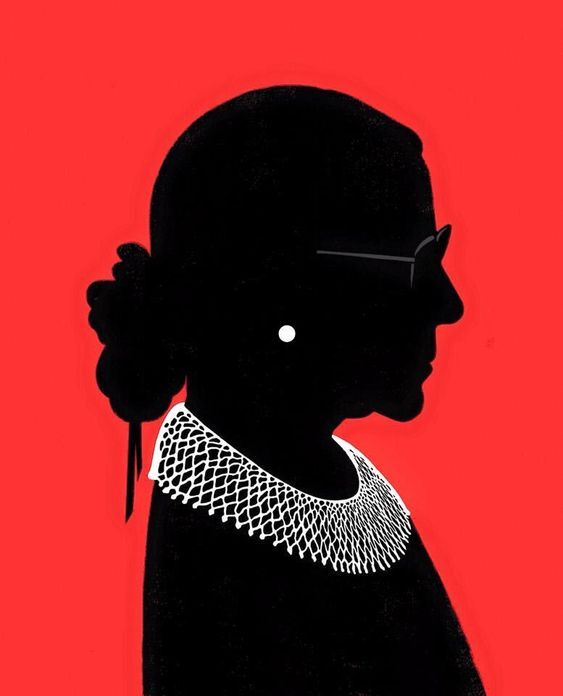 Being admitted into law school is difficult. Being admitted into Harvard Law is significantly harder. However, being admitted into Harvard Law as a female in the 1950s was near impossible. In the 1950s, a female’s hard work did not guarantee admission into any program. For the majority of Ruth Bader Ginsburg’s life, preferential treatment was always given to males, not only culturally and socially, but also in the eyes of the law. Nevertheless, she stood her ground in the face of adversity. The Notorious RBG has built her career on championing change in the law by fighting for equality for both sexes.

Ruth Bader Ginsburg, even in her early years, was no stranger to hardship. She grew up in a low-income Jewish family in Brooklyn, New York.1 It was during these years that Ginsburg’s mother taught her the most important of life’s lessons: independence. For Ginsburg, true independence is legal equality. She would be inspired by her mother’s life lesson, eventually, to fight for legal equality for all. Even with her mother’s passing while Bader Ginsburg was still in high school, her mother’s strong influence has followed her throughout her career.2

After the death of her mother the night before her high school graduation, Ruth enrolled for fall classes at Cornell University—where she eventually met her husband, Martin Ginsburg.3 After graduating from Cornell, Ruth and Martin moved to Kansas. While working for the Social Security Administration, she became pregnant. Despite her efforts to conceal her pregnancy, her superiors found out and demoted her—this would not be the only time Ginsburg would experience discrimination based on her gender.4 After her husband finished his time in the army, they both set their sights on law school. At the time of her admittance to Harvard Law in 1957, there was a grand total of eight women accepted into the program out of more than 500 students. During her first year of law school, Ginsburg and her women peers had dinner with the dean of the law school, Erwin Griswold. It was at this dinner that Griswold boldly asked the women in her class, “how they could justify taking the place of a qualified man?”5 That same year, her husband was diagnosed with testicular cancer. To support him, she completed her class responsibilities while helping him with his. While most of RBG’s law studies were completed at Harvard, she had to finish at Columbia. She fought to have her degree from Harvard, as there was a precedent for students’ to have their diploma from the school they had completed the majority of their studies. Nevertheless, Dean Griswold denied her request to have her LLB  come from Harvard Law.6 When Bader Ginsburg graduated from Columbia Law in 1959, she was ranked number one in her class.7 Despite this fact, she was not hired by a single law firm in New York City and ended up as a professor at Rutgers’s Law School. As a law professor, she was able to take on any case she wished. She taught for years before taking on her first case, a tax law case in which a man was the victim of gender discrimination by the hand of the federal government.

RBG argued on behalf of Charles E. Moritz, alongside her husband, with the aid of the American Civil Liberties Union, Moritz v. Commission of Internal Revenue. It was during this lesser-known case, her first litigating case, that she first showcased her passion. In her early years, RBG’s mother had instilled in her a flexible perspective of the world, because people could take on many roles. To her, it made sense that bachelor Moritz should be afforded a tax break so he could be given the opportunity to take care of his mother. RBG believed this despite what society’s gender roles dictate that Moritz should do. During this first case, Bader Ginsburg was able to challenge institutionalized sexism, which at the time was legal. It is noteworthy that in her first case, her opposing counsel was one of her law professors from Harvard, Bozarth, and more importantly Dean Griswold of Harvard Law. Despite her skill and her impressive ability to write a perfect brief, she was still being underestimated by not only her legal foes and the court, but also by her own peers. For Bader Ginsburg, there was so much more than Mortiz’ $328.80 at stake.8 The future of legal gender discrimination was at stake. Up until this point, there were hundreds of laws differentiating citizens based on their gender, which was wrong and unethical to Bader Ginsburg. This is where her voice and ability to advocate for equality was able to ring loudly for the first time in the court of law–the unanimous decision by the 10th Circuit Appellate Court by Judge William Judson Holloway Jr. decided that differentiating a tax break on the basis of sex was in fact unconstitutional.9

In her role as lead counsel for the ACLU Women’s Rights Project, Ginsburg developed an effective strategy to achieve lasting results. Her strategy was to pick cases that were winnable and would set precedents to chip away at the legal barriers imposed on the basis of gender.10 In Kahn v. Shevin, for example, she represented a widower who believed he should be entitled to a Florida tax exemption that was usually only granted to widows. Later on, in Weinberger v. Wiesenfeld, Bader Ginsburg argued on behalf of a widower whose schoolteacher wife had been the family’s primary breadwinner. In all of these cases, while Bader Ginsburg, one of the most qualified attorneys of our time, was without a doubt underestimated at every single step.

The Virginia Military Institute had a long-standing proud tradition and policy of only allowing the admission of men into the institution. The United States brought a case against the institution, stating that their tradition of gender discrimination violated the equal protection clause of the Fourteenth Amendment. This would be the first case that Bader Ginsburg would hear on the Supreme Court. United States v. Virginia, 518 U.S. 515 (1996), was a momentous case in which the Supreme Court of the United States struck down the long-standing male-only admission policy of the Virginia Military Institute (VMI) in a seven to one decision.12 Bader Ginsburg wrote, “a prime part of the history of our Constitution is the story of the extension of constitutional rights and protections to people once ignored or excluded.” Here, “there is no reason to believe that the admission of women capable of all the activities required of VMI cadets would destroy the Institute rather than enhance its capacity to serve the ‘more perfect Union.’”13 This case was the culmination of all of Bader Ginsburg’s trials and tribulations, which pushed her to work harder not for herself but to create a better world for the generations to follow her.

Being a woman in this world has never been easy, but women like Ruth Bader Ginsburg have become a beacon of hope for women everywhere because of her strong advocacy for equality no matter the gender, race, or religion. Ruth Bader Ginsburg, the second woman ever to be appointed to the United States Supreme Court, changed the momentum of the legal field for women. She has become an icon and inspiration to all women whether they are in the legal realm or not. Currently the oldest Supreme Court Justice, Ruth Bader Ginsburg has earned a reputation as a powerful voice for civil rights and gender equality. It is impossible not to be inspired by The Notorious RBG’s iconic determination and drive, which led to her historic appointment.