The Peace of God and Truce of God 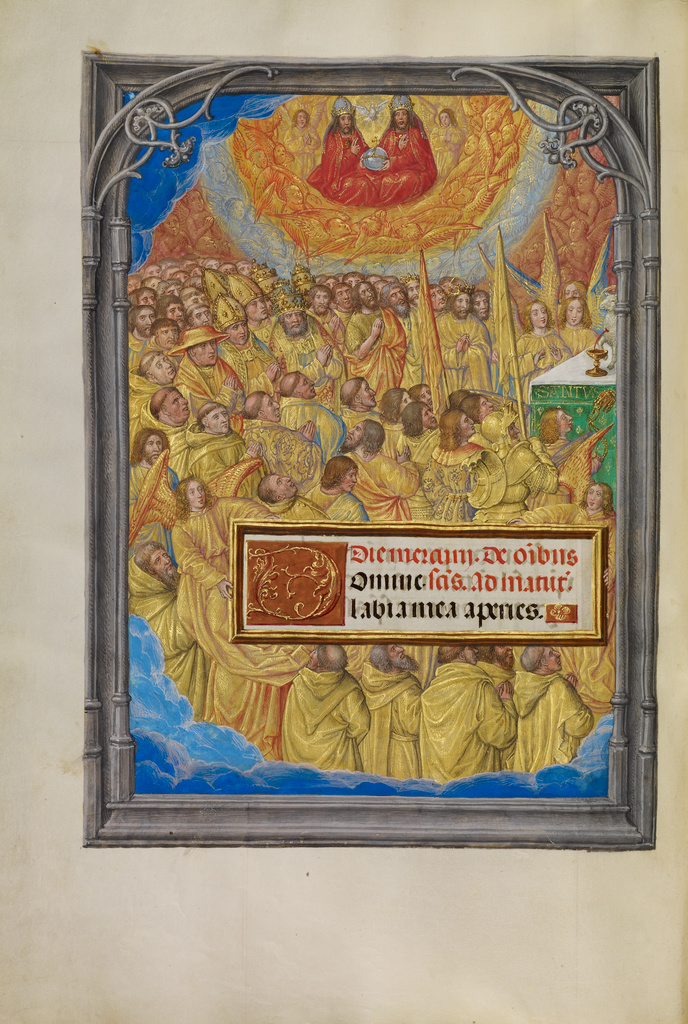 The Peace of God was a medieval religious movement that aimed to keep the constantly warring nobles of Europe in check.1 The Peace of God movement originated in France during the 10th century, but as time went on, it grew to encompass most of Western Europe. The movement began as a result of the constant infighting between nobles and “independent warlords.”2 The rulers in Western France lacked enough power to police the nobles properly. Because of this, the nobles and their armies could more or less do whatever they wanted, including attacking whomever or wherever they wanted. As one can imagine, this did not bode well for those who lacked their own personal army to defend themselves.3

The beginnings of the Peace of God movement lay in Peace assemblies, which were religious gatherings usually held in open fields. At these assemblies, the relics of saints would be displayed, and crowds of believers would come both to see the relics and to try to witness any miracles that may be caused by the relics. The local nobles and religious authorities would then publicly state laws regulating the soldiers’ actions, in order to prevent harm to non-combatants during battles. The soldiers would then publicly swear to abide by the laws.4 In a way, the Peace assemblies bear a resemblance to the American Temperance movement rallies of the late 1800s.

Under the Peace of God, combatants were prohibited from causing injury to members of the clergy, prohibited from attacking religiously “consecrated places,” such as monasteries and churches, and prohibited from fighting on Sundays and feast days.5 As the Catholic Church was a major political power in medieval Europe, and Catholicism was an important part of the lives of many people, the aforementioned checks on the nobility were religious in nature. Those who violated the Peace of God were punished with excommunication, meaning that they would no longer be considered part of the Christian community.6

One of the events that led to the decline of the Peace of God and Truce of God was the Council of Clermont in 1096, where Pope Urban II proclaimed “peace among Christians,” which, combined with the start of the Crusades a few years later, caused the nobles to battle a common enemy in the form of Islam instead of each other.10

Interesting article! I had never heard about this movement during Medieval Europe. It makes a lot of sense though because this time period is characterized by a lot of social unrest and aggressive leaderships and nobles, as you explained in your article. So the Peace of God explains how the nobles were kept in check.This is also a very important movement since it protected the church and the clergy from the nobles, and granted them a higher authority. Thank you for your article!

This was an interesting article as I was not aware of this movement. I found it interesting that certain actions needed to be taken in order to provide protections that were necessary. It is hard to imagine the worry some people had of even being attacked. I liked that this movement called for peace and even held days where fighting could not occur. I am glad I read this article as I am obviously still unaware of so many occurrences.

This whole article was full of information and events i had never even heard of. Usually when reading an article, i like to have some previous knowledge but this article, though concise, allowed me to gain a very in depth understanding of what the events were and why it led to them occurring. it definitely opened up my curiosity and my made me want to gain more knowledge on this topic and what happened after. Very informative and well written article!

I had never before heard of the Peace of God or Truce of God movements until now, so it was great to learn more about it! It was great to know that such movements existed to protect people and religious structures and practices. It was an impressive way for the common people and churches to keep a check on nobles and protect themselves from their unfair rule. The influence they had must have been big as thy were able to stop fighting entirely on Sabbath and other holy days.

I could appreciate that the second paragraph compared their topic of discussion to a similar occurrence at a later time period. It was something that we could compare and that is more relatable since it was at a time period closer to today. It is something I am inspired to do in own research article. Also it was very informative but also concise enough that is provided everything necessary to understand.

Great Article! Everything mentioned in the article was something that I’ve just learned about. It is interesting to read how in the past they obeyed the rule set forth on when they could engage in attacks. And how they followed the rule out of fear of being excommunicated from the Church. Another interesting thing was how the Council of Clermont ended that rule, but then focused on Islam. They went from attacking each other to ganging up on a common enemy which i found was quite interesting, but something that we still see today.

Very interesting article I’ve never heard of the peace of god or the truce of god. This movement was so powerful that people agreed to not fight on Holy days. It shows how much influence the church really had on the people. If the church excommunicated, you then so will your community. I find it sort of ironic that the crusades would happen right after the Pope proclaimed “peace among Christians.” Great article, I truly learned something that I had no previous knowledge over.

The amount of religions that have existed, is overwhelming. But, this one, although small, seems a bit extreme. Especially the idea that people who did not believe a certain way or do what they were expected to do, were basically shunned from the community. It just seems a little harsh. I always wish there were more information on little sub religions like this, especially because it branches from christianity which is such a huge influential religion.

Interesting article! I had not heard about Peace of God or The Truce of God until reading this article. Its amazing to me how this movement was so powerful that people agreed not to fight on holy days. This article was very well detailed and had a lot of great information in it. Overall I enjoyed this article and finished it with a lot of new knowledge about a topic I knew nothing about.

Another great article, Trey. I cannot imagine the chaos that occurred due to the inability to control the nobles, especially their attacks on just about anyone. As a religious person myself, I am glad that the Peace of God movement was created to stop the nobles from attacking those of religious importance or of Catholic affiliation. Similarly I am glad the Truce of God was created to limit fighting overall.