The Search for the Whitechapel Ripper 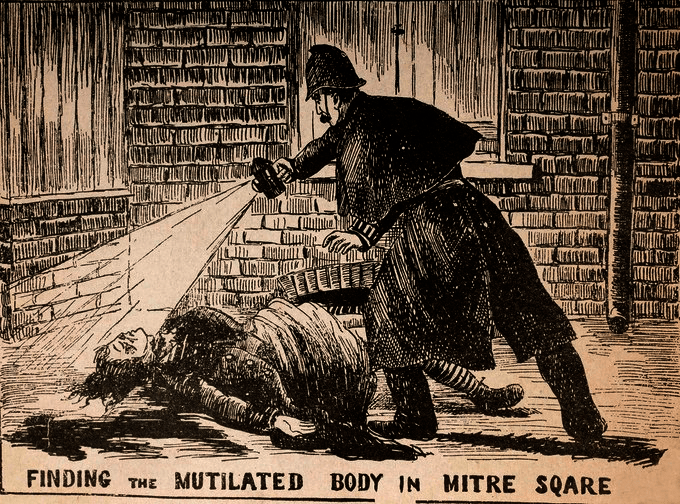 During the nineteenth century, London was riddled with crime and corruption and the district of Whitechapel was filled with prostitutes and crime. To worsen matters, the police force was weakened due to the inefficiency of those in charge. As a result, the home secretary sought to appoint former soldier Sir Charles Warren as Chief Commissioner of the Metropolitan police force. It was not until March 1886 that Warren began his work as Chief Commissioner over all districts in London.1

Pressured by the widespread approval from the people of Whitechapel, Warren knew he had a lot to fix within the police force to stabilize the district. Warren’s first reform was manpower redistribution within police force division, specifically the addition of two divisions, F and J. In his following two years, he reinforced the importance of these two new divisions when he assigned more trained police officers to these divisions in attempt to create order in London’s districts.2

Although prostitution was quite common in nineteenth-century London, its legality resulted in neglect from police commissioner Warren. However, in 1888, Warren began to focus on the Whitechapel district in particular, due to the murder spree of Jack the Ripper, who had mutilated over seven prostitutes in five months. Commissioner Warren had to regroup officers from other divisions into the district of Whitechapel in an attempt to catch the killer.3

The investigation began with Martha Tabram, the first known victim of Jack the Ripper.4 Tabram was found dead on the stairs of a lodging house with thirty-nine stab wounds. Police reports concluded that one of her wounds was inflicted by a left-handed person, while the other lacerations on the body did not match the same stabbing pattern. The inconclusive investigation tore the police force apart. To worsen matters, Warren had no official statement for the public and the city grew unsettled. No crime as brutal as Martha’s had been committed in the East-end at the time. However, no one anticipated that Jack the Ripper would gruesomely slay two more victims within the next two weeks.

The second victim, Mary Ann Nichols, was found with her throat and abdomen split open in a yard by J division twenty-four days after Tabram was found. However, the Crime Investigation Department (CID) was unable to gather any evidence that could trace back to Jack the Ripper due to the interference of Warren’s H division constables. One of his constables was headed back to work when he stumbled across Nichols’ body and ran to the scene. Without thought, he tampered with the crime scene, but he was not the only one who broke division protocol that night. On the scene, the doctor observed the corpse’s wounds and ordered an unauthorized police officer to escort Nichols’ body off to a morgue. With the presence of only one amateur photographer and a dismissive doctor, the investigation photographs only captured Mary Ann Nichols with a white sheet over her face. Countless hours of investigation led up to little progress. Commissioner Warren doubted his ability to stop Jack the Ripper.5

The aftermath of the crime proved that the new division strategy Commissioner Warren had constructed was flawed. With no report or valid evidence, the people of Whitechapel felt unsafe, and uneasy towards Chief Commissioner Warren and his officers. Unfortunately, the murder of Annie Chapman happened a few days later, and caused panic for the Chief Commissioner. Chapman was found with her throat slit from left to right and her stomach split open, exposing her intestines. There was no strategy Warren could construct to apprehend Jack the Ripper. It was the beginning of a never ending goose-chase.6

With the continuous murders, Commissioner Warren knew he had to act quickly, but he wasn’t sure how to approach the situation. Warren was a man of action, but too caught up in his power to effectively lead. Distracted by public elections, Warren drifted away from the security of the Whitechapel district. Warren’s main focus was to gain the head detective position for the CID. When he was chosen to be the head detective, he ran the investigations in his own way without considering the opinions of his partners. Subsequently, the investigations he took part in led to a dead end, and on September 30, Jack the Ripper struck again.7

Twenty-eight days after Chapman’s attack, Jack the Ripper struck twice, mutilating the bodies of Elizabeth Stride and Catherine Eddowes. Both bodies were severely cut open exposing intestines and their throats slit from left to right. Eddowes’ body was missing a kidney and part of her ear. Her mutilated body became the worst case of homicide the police force had encountered to date. Violence escalated as the Ripper took more time mutilating the bodies. However, this time Jack the Ripper decided to start sending letters to the Whitechapel police, mocking their inability to catch him. Five days before the attack of Stride and Eddowes, the force received a letter in which the Ripper stated that he was just getting started with his work. The letters didn’t seem to satisfy the Ripper, so he sent out a special package. When the police force opened the package, they came across a kidney with a letter written in blood.8 Warren and several officers treated the letters as a hoax, but with Eddowes missing kidney, the fear grew among all of the men and the city.

Commissioner Warren quickly acted by enforcing stricter night watch for the officers to stake out the Ripper. But the neighboring communities and locals questioned their safety and the commissioner’s strength in the case. Soon, the Office of the Board of Works wrote a letter to Chief Warren in regards to his ineffective strategies and weak vigilance. There were plenty of citizen-written letters as well, some suggesting their own methods for strategically catching Jack the Ripper. One that stood out to Chief Warren was the use of hound dogs to track the Ripper as he attacked his next victim.9

October was a quiet month for the city of Whitechapel, with no activity from the Ripper recorded. In preparation for any unexpected acts, Warren gathered hound dogs to prepare for the next attack. Commissioner Warren hired Edwin Brough to take his dogs in order to train them for the mission he had prepared. Warren was sure he would get Jack the Ripper now.  For several days the dogs would train by searching for Warren who was imitating the target. But the weeks passed and October remained slow with no murders.10 The town grew quiet, still in fear, but relieved while Warren felt defeated and out of place in his work. On the 8th of November, Commissioner Warren resigned, but remained part of the investigation until December of 1888.

After resigning, Commissioner Warren felt confident that the Ripper was finished with his work this time and released Edwin Brough with his hound dogs. Abruptly on November 9, Mary Kelly was the last prostitute mutilated, a conclusion to the Ripper’s murder spree. Kelly’s breast were cut off, naked with her guts out, elbow bent, and her faced hacked beyond recognition.11 There was not much to be done when they made a postmortem examination, but it was concluded that all the murders were committed by one man. All the fault laid on Commissioner Warren when the media and public addressed their hate towards his low quality leading and inability to catch the killer. Newspapers flooded the streets, all demanding the Whitechapel officers to explain what their next steps would be and if any evidence was found that could help identify the Ripper.

Unfortunately, Chief Commissioner Warren’s attempts to catch the Ripper failed, and those who had once praised him now poured public shame on him for his lack of effective leadership. Over time the investigation pool only held three contemporary suspects. The one that stood out the most was a Jewish man that went by the name Kosminski. Kosminski’s name appears in several detective annotations from the crime scene investigations and other police reports. One witness claimed to have noticed him taking part in a murder, but refused to testify against him due to his Jewish heritage and disapproval of capital punishment. Even though the murders stopped after the identification of Kosminski, the true murderer remains unknown to this day.12