The sewing machine and how it impacted the world 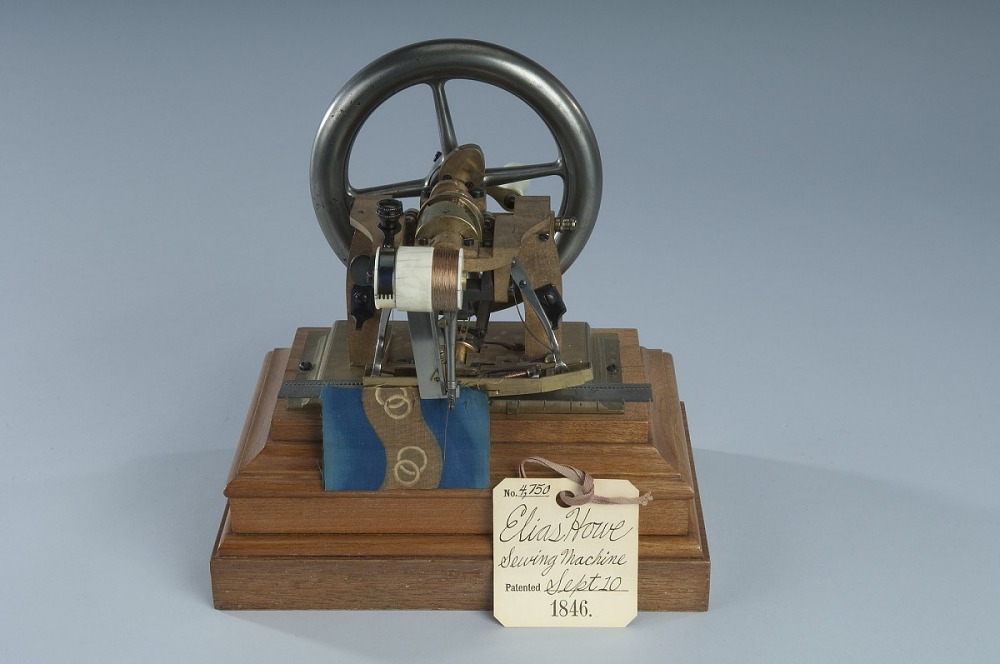 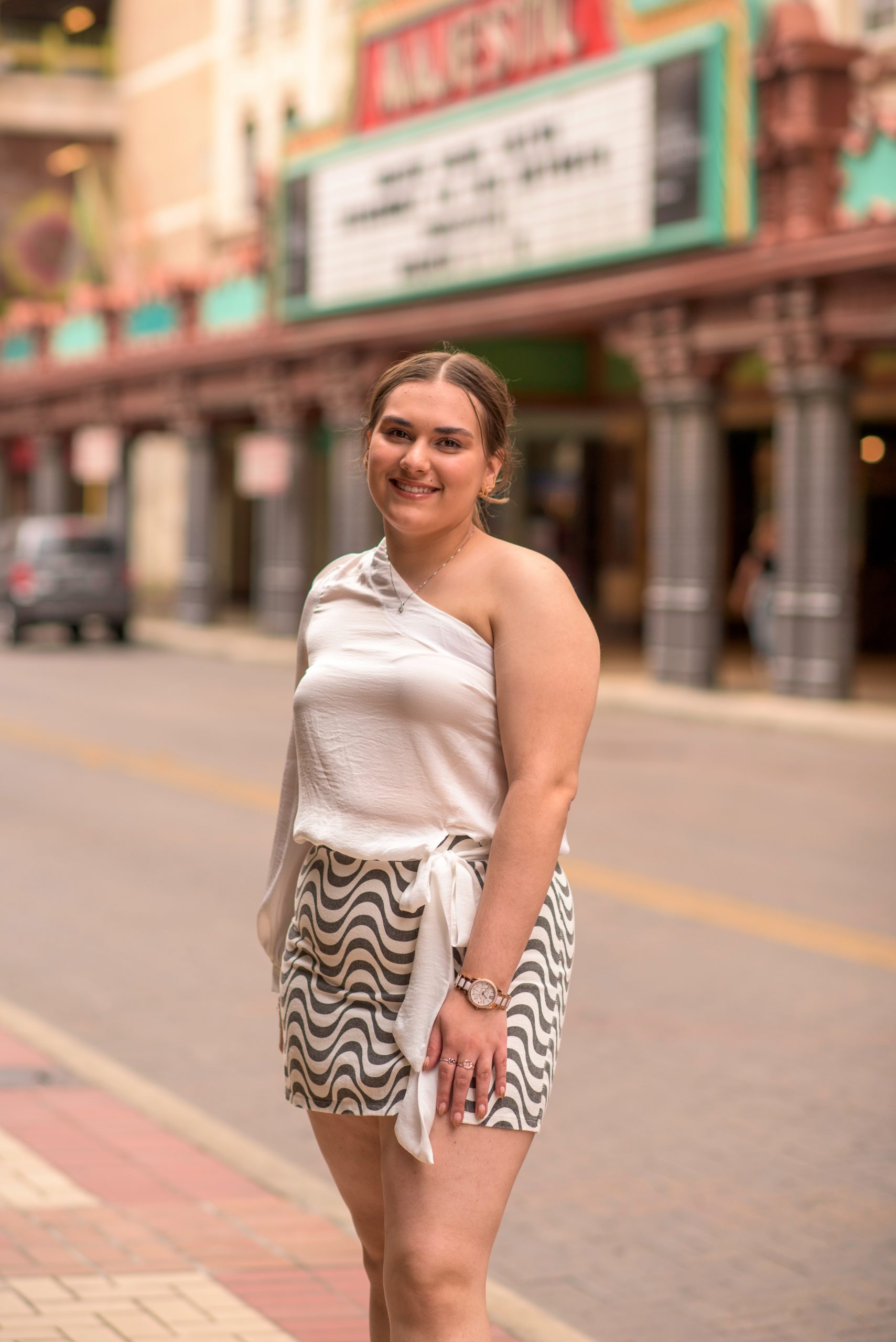 What is the thing that most of us will do just about anything for? Money. Money is usually the motivation to do most things in our lives, from getting a job to trying to win a game show. So when we hear there’s an opportunity to make money, we try our hardest to do what it takes to get it. While it was a dream that sparked his motivation to build the sewing machine, money was also an encouragement that got Elias Howe thinking about how he could make the sewing machine. He was told that someone could make a fortune by building a sewing machine, and at the time his family was struggling with poverty.1 The financial stability that it could provide for his family was something that Howe looked forward to.2 From a young age, Howe had always had an interest in machinery and all the inner workings of machines, so he already had prior knowledge of machines.3 Howe wanted to make money, and working in a cotton machinery factory in Massachusetts wasn’t enough for him. He decided to give it a shot. While money was one of his inspirations, the actual details on how it would work came from a dream where he was continuously getting stabbed with a spear. It was this dream that allowed him to make the connection that needles could move down and up.4

Elias Howe, born in Spencer, Massachusetts on July 9, 1819, came from a family of eight. He was always working on the family farm.5 However, he didn’t want to work on the farm for the rest of his life, so he decided to go work at a cotton machinery factory. The textile machinery factory that he worked at was in Cambridge, Massachusetts, where he learned the inner workings of the machinist trade.6 Due to his interest, knowledge, and his desire to make money, he began to work on the machine that would change his life and would change the rest of the world. He spent the next five years working on the development of this machine without blueprints. 7 After much trial and error in the development of the machine, he was granted patent rights in 1846. However, it was no straight line to Howe’s success; he faced many bumps along the road. The primary difference between the sewing machine that had been previously built compared to the one that Howe had built, was that his was a lockstitch machine, which was a sewing machine that would stitch two pieces of clothing together with the same needle, meaning that there was a line of stitches on both sides of the clothing binding them together. While he probably never expected to end up building the lockstitch sewing machine, his invention revolutionized the world in more ways than one.

Howe was a man who had an interest in cotton machinery, due to his previous job in the cotton machinery factory, and as previously mentioned, he wanted to make a fortune, so when it was suggested to him that building a lockstitch sewing machine would make him a fortune, he began to look for ways to make that happen.8 This led to him taking the knowledge he had accumulated from his job at the cotton factory and applying it to the standard sewing machine and for the next five years transforming it into a more efficient and functional machine. While there are misunderstandings about who really invented the sewing machine, Howe didn’t invent the first sewing machine. What Howe is known for is inventing the lockstitch sewing machine, which was different from the first sewing machine. The primary difference is that a lockstitch machine basically looped two pieces of thread together on each side of the thread, rather than having to go row by row. Another crucial component of the lockstitch sewing machine that made it different from the previously built typical sewing machines was the curved needle with the eye at the point.9 This ultimately made sewing easier and quicker. Not only did this accelerate the rate of the production of sewn goods, but also decreased the price of sewn goods. This was because now they didn’t need to pay as many women for labor to sew clothes because the machine did the majority of the labor. However, due to the lockstitch machine, it ended up employing women with new jobs, which significantly benefited them because they were now able to leave the house for a portion of the day to go to work.10 So they wouldn’t just be housewives. With years passing by, Howe made adjustments and modifications to the machine. And with the new adjustments, the sewing machine ended up looking a little different. It developed into what we think of today as the original sewing machines, shown in the image below.

In 1846, Howe received a patent on his invention, giving him sole vendor and distribution rights. When he finally finished the sewing machine in 1846, it didn’t immediately appeal to many people. Shown below is one of the marketing strategies Howe was attempting in hopes of selling his machines. Unfortunately, despite Howe’s best efforts, the sewing machine was simply not appealing to the public quite yet. In need of some type of income, he was left with no other choice than to try to sell his product in a new market; this led to him actually selling his patent for about $1, 250, but he was able to keep some of the rights for the machines. This led to his decision to move to Europe in hopes that his invention would be more successful there. He left behind everything, including his family. Unfortunately, things didn’t go well for him in Europe as well. While he did sell some sewing machines, it was not near the quantity he’d wished to sell. With sales not going well in Europe, and with the news that his wife had fallen ill, he decided to return back to the United States. However, when he returned home, he found that his patent on the sewing machine had been broken, even though he had sold his patent.11

Can you imagine having to get every single piece of clothing altered? The idea of this probably sounds absurd to us now, but this was people’s reality before Elias Howe’s sewing machine. We may not think about it, but the sewing machine didn’t just revolutionize the clothing world but so much more, starting off with the economy. Since mass production was on the rise, there was a need for workers, which primarily employed women. While this didn’t change women’s rights, it gave them the opportunity to have a job, and not just be a housewife.12 Howe’s invention also allowed more people to buy more sewn goods because they were becoming cheaper. This is due to the fact that even though the sewing machine was providing jobs, it didn’t require as much manual labor. That meant that more clothing could be sewn in a shorter amount of time, which led to workers not having to work as much, therefore companies would be saving money. This inevitably led to more clothing being produced; therefore, more people were able to purchase clothes, which in the end helped the economy tremendously.13 The sewing machine caused such a large impact in the textile industry that ultimately was a large contributor to the industrial revolution. It become a house appliance that could be found practically in every home. Due to the sewing machine, the “ready-made” clothing industry was introduced, meaning that you could go into a store and buy a piece of clothing in your size, rather than having to buy it standard size and having to get it altered prior to ever using it.

One of the main and most well-known sewing machine inventors that happen to have broken the patent was Isaac Singer. Isaac Singer, while Howe was away in England, was working on his own lockstitch sewing machine.9 While his sewing machine was also a lockstitch, it worked almost four times faster than Elias Howes’s machine. This greatly hurt Howe’s business not only because of its efficiency but also because when Howe returned from England, the Singer sewing machine was more well known and therefore more purchased. This led to Howe fighting for his case in court from 1849 to 1854, because of Isaac Singer and Walter Hunt who had perfected the lockstitch machine and were selling them, which was a violation of the patent granted to Howe. While there was much turmoil and devastation to get past, his invention became one of the most influential inventions still to this day.

Can you imagine not being able to go and buy clothes from a store? Well, this was people’s reality until around 1846. Howe’s invention shook the industry of clothing manufacturing and also the whole world. With the unfortunate news of his broken patent, he was unsure of what steps to take next. Multiple people were building and selling lockstitch sewing machines, which was a direct violation of the patent granted to him. With the news of the broken patent, he was devasted. Unfortunately, not long after returning home, his wife, Elizabeth Jennings Ames, passed away. With the devastation of his wife’s passing and the patent broken, he was destroyed and sadly also broke. Despite these tragic events, he was eventually repaid the royalties of all the sewing machines that were sold in the United States.15 While Elias Howe had to overcome many obstacles along his journey to fame and success, he inevitably made it. Due to the recommendation of his broken patent, he gained back the money from the royalties owed to him, which led to his becoming a very wealthy man. After Howe received his royalties and practically became a millionaire, he went on to manufacture and sell his machine in Bridgeport, Connecticut.9 After much trial and error that eventually led to success, he passed away on October 3, 1867, in Brooklyn, New York. Elias Howe changed the world simply by not giving up even after failing multiple times. He continued to persevere with his invention and ultimately revolutionized one of the largest markets in the world. While Howe wasn’t the first to invent the sewing machine, he was the first to invent the lockstitch sewing machine. His inventions didn’t just revolutionize the world, but greatly influenced the world of mass production of sewn goods.