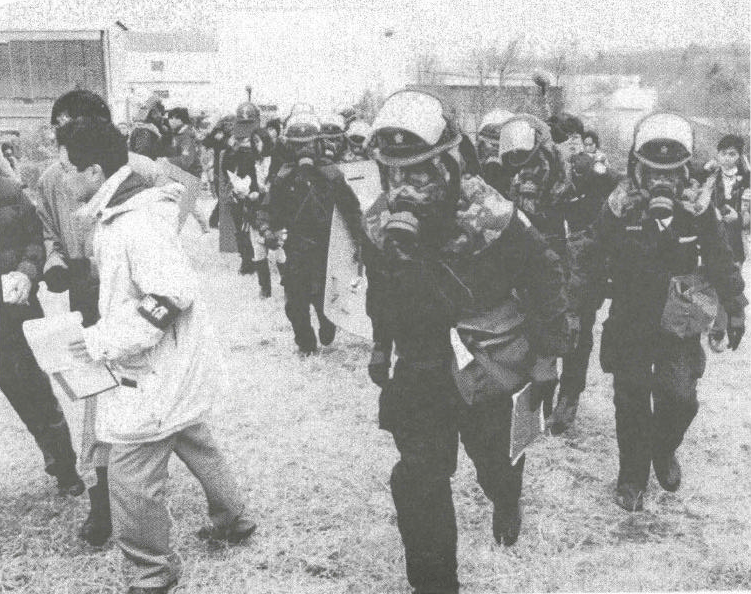 It was during the morning rush hour on 20 March 1995.1 Atsushi Sakahara, an office worker in Tokyo, Japan, was riding on the subway on his way to work. Everything for him was as usual that morning, until he realized that something was changing in his body. He felt something wrong with his eyes. He was not able to focus on objects, which made him wonder whether he had forgotten to wash his contact lenses that morning. He moved to the next car, sensing something strange. It was the right decision, because there was a package wrapped in newspaper nearby him in that car that contained sarin gas.2

On that day, five subway trains in Tokyo were attacked at exactly the same time. The attackers were members of Aum Shinrikyo or Aum Supreme Truth, which is a Japanese religious group founded by Shoko Asahara. They released highly poisonous sarin gas on each train, resulting in innumerable numbers of wounded people.3 Atsushi became one of these victims.

His eyes still felt strange even after he left the car to go to the next one. The strange feeling was because of the sarin gas that he breathed in, despite its small amount. At the moment he began to feel his eyes burn, he looked back to the other side of the door he just left; he saw something. One of the men inside the other car started going into fits. That convinced him that it was indeed dangerous to be there, although he didn’t know actually what was happening. Actually, by that time a number of people had already been exposed to the gas, and some of them stood in great danger. He immediately got off the train before his planned stop, and took a taxi to go to his office. However, his sight remained blurred, as if he were seeing everything through a filter. The next thing he did, which may have saved his life, was to see a doctor instead of continuing to work.4 He judged things correctly and acted calmly.

Fortunately, his injury was not a matter of life and death. Nevertheless, he still suffered from its after effects and some psychical trauma, which totally changed the rest of his life. Sarin is a nerve gas with high lethal potential that causes a variety of secondary diseases. It brings about, for example, blurred vision, eye pain, nausea, headache or dyspnea. Then, many of the victims continue to suffer from sicknesses such as headache or eye symptoms long after the attack.5 Atsushi had dysgraphia, fatigue, numbness of arms and legs, and blackouts subsequent to the attack. And the miserable experience deeply damaged his mind. Indeed, many other people also had mental problems, even after their physical problems were completely healed. Sometimes it is called PTSD, or post-traumatic stress disorder, and the patients suffer from nightmares, dizziness, palpitation, or insomnia.6

It was not easy at all for Sakahara to get over these hardships, after being involved in this act of terrorism. However, he succeeded in finding his own solution. He made movies about his experiences as a form of catharsis: a way to remove damaged feelings by emitting them. He retired his job in Tokyo and went to the United States. He then helped to create a short movie called Bean Cake. The film won the Palme D’Or at the Cannes Film Festival in 2001. After that, he returned to Japan and took up a career as a film maker. And currently he is working on his own documentary film on Aum Shinrikyo, the religious cult that was responsible for the sarin gas attack that brought him and others so much pain. He never gives in to his misfortune, and he refrains from hatred against his attackers. In his interview with Japanese media, he said, “I want to believe in humanity. Even if people kill each other in the name of religion, even if people kill each other in the name of a country, or even if people kill each other in the name of race, I still want to believe in humans.”7

The Tokyo sarin gas attack became the first large-scale terrorist chemical gas attack in the world resulting in 12 fatalities and 5,500 injured.8 Many of them are suffering from the effects of the attack even now, more than twenty years after it happened. Atsushi Sakahara’s upcoming film will help a lot of people to know, remember, and tell the next generation not only about this tragedy, but also about people’s power to overcome such painful experiences.