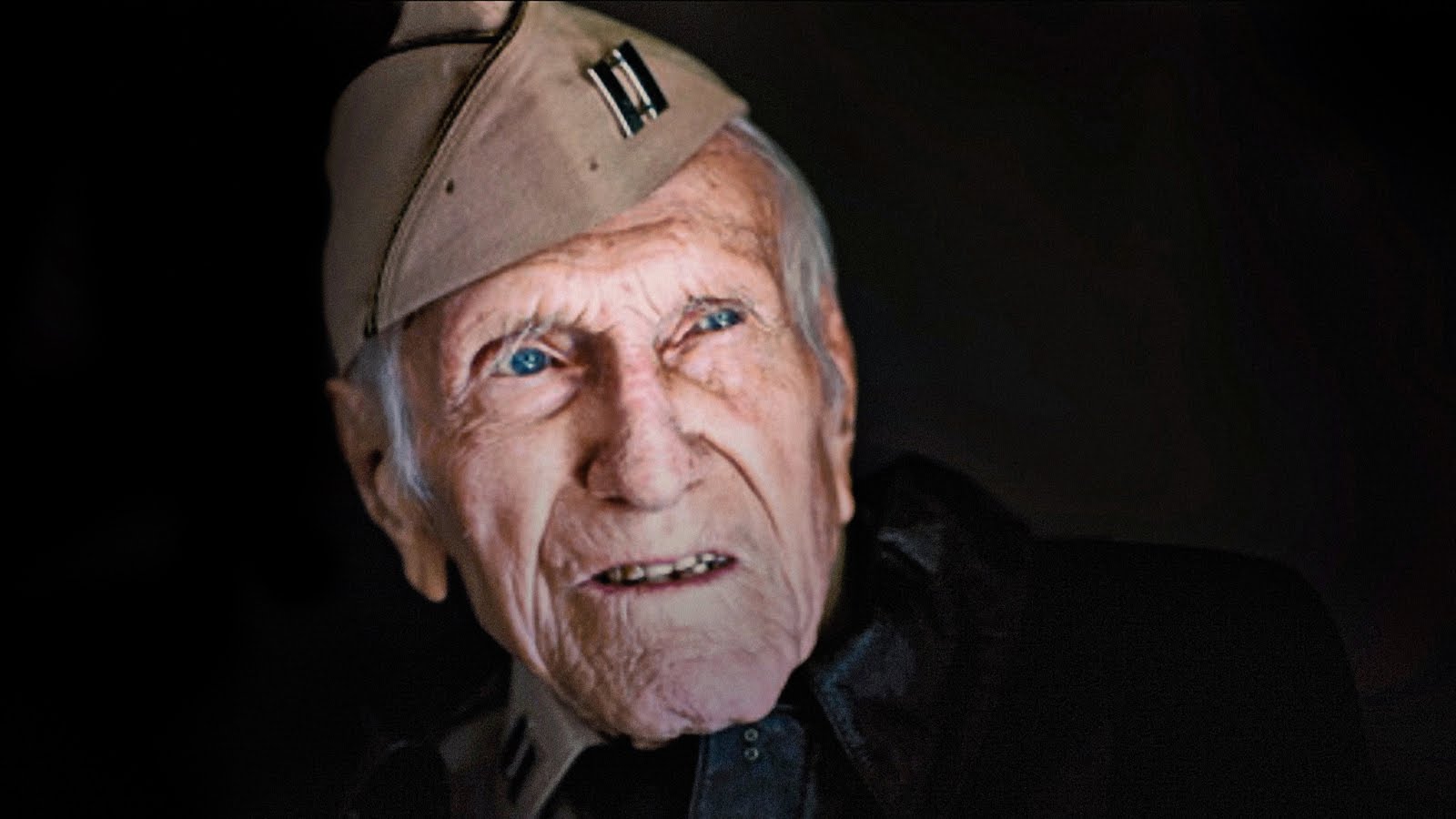 Louis Zamperini is the embodiement of resilience. “Louis Zamperini waged one of the most astonishing personal battles in World War II as an Army Air Corpsman.”1 His unique story stands out among other World War II experiences because of his fighting spirit, which has always made him an extraordinary person. An Olympic athlete, Christian evangelist, and an American Hero are all different titles you could give Louis. His legacy is special because it almost ended on several occasions, beginning when his plane and all eleven crew members soared into the Pacific on May 27, 1943 and the events that followed that. The military declared him killed in action and the president signed off on it, but those who knew Louis knew that he was still out there fighting to survive. His sister, Sylvia Zamperini, said about her and her family that, “None of us believed it. None of us. Never once. Not underneath, even.”2

From a young age, Louis was always a trouble maker for those in authority. His family members were Italian immigrants who lived in California during his childhood. Louis became popular around his town for the wrong reasons. He was smoking and drinking by the age of eight, and was involved in a variety of petty crimes. However, when his older brother, Pete, encouraged him to join the track team, Louis turned his life around. He began to win races at local and state levels while he attended high school. Then, “Zamperini shattered collegiate records at the University of Southern California and became one its most celebrated student athletes.”3 “By the mid-1930s, he was focusing on qualifying for the Berlin Olympics in 1936, and he became the youngest distance runner to make the US track team, running the 5,000 meters.”4 He did not win but came home a celebrated athlete, and had the prospects of the being the next mile world champion. Louis’ life was looking up when America joined the war in 1941. Zamperini “joined the U.S. Army Air Forces prior to the attack on Pearl Harbor, Zamperini failed pilot training and became a bombardier.”5 He was still working towards his dream of competing in Tokyo in the upcoming Olympics whenever he could. However, the Olympics would be cancelled due to the war.

Louis and his crew had multiple close-to-death experiences in their B-24 before the actual crash. In one instance, Louis and his crew made a bombing raid and Japanese fighter planes attacked their plane. They “narrowly avoided disaster during an emergency landing at the island of Funafuti and later learned that their plane had been riddled with nearly 600 holes from enemy gunfire and shrapnel.”6 The damage to their B-24 made it unable to fly, so they were given a plane that the air force had been taking pieces off of to use for other plane repairs. Louis and ten other crew members were given orders to fly over miles and miles of ocean in a search and rescue mission, and while out over the Pacific, their engines failed. They made a crash landing into the ocean and only three of eleven crew members survived. However, their struggle to survive was just beginning.

The three men were stuck on the raft for 47 days, and one of the men died while out there. Louis and his friend Russel Phillips were found by a Japanese boat after thousands of miles of open ocean, leaping sharks, a sinking raft, thirst and starvation, enemy aircraft, and, beyond, a trial even greater.7 They survived by gathering rain water, catching fish and sharks, and playing mind games to stay mentally sharp. Louis later said that, “Two weeks before we crashed, there was an expert on the South Pacific who gave a lecture on survival. When I got there to hear him, there were only about 15 out of thousands who could have attended.”8 The two men were weakly laying in their small rescue boat, and when they opened their eyes, a Japanese patrol boat was pulling up next to them. Japanese officers lined the side of the boat pointing guns down at them. From there they were taken to a small POW camp on the island of Kwajalein. They were kept on the small island for a few weeks and then transferred to a larger camp in Tokyo. This is where he met the Japanese General Mutsuhiro Watanabe, nicknamed “the Bird.” The Bird was extremely harsh to his prisoners, which could have resulted from his being denied a commission position even though he was from a wealthy family, which was uncommon in the Japanese Imperial Army.9 “Watanabe seems to have singled out Zamperini because of his fame as an Olympian and because Watanabe detected in Zamperini a sort of kindred inner strength that the Japanese commander was determined to crush.”10 He could see Louis’ spirit and had an obsession with trying to break him. He constantly beat and tormented Zamperini. However, Louis continuously looked his enemy in the eye and this angered The Bird even more. Once, he had every prisoner line up and punch Louis in the face one by one, and when he couldn’t stand up they held him there and continued.

One day, Watanabe was promoted and left. Louis was finally free from his wrath; however, as the war got closer to Tokyo, they transferred the prisoners to a new camp. Once again he had to face his greatest enemy face to face for the second time. The torment at the hands of Watanabe continued. Still, Louis refused to break. His quiet resilience was an inspiration to those around him and even to those who hear his story now. One of the most memorable moments that encompassed Louis’ fighting spirit is when The Bird made him hold a railroad plank above his head and told him that if he dropped it, he would shoot him. As the whole camp looked on, Louis stood there and held the plank above his head for so long that the general finally gave up. Soon after that event, the war came to an end and Louis finally got to return home to his family. However, his struggle was far from over.

Upon his return, Louis started a family with his new wife Cynthia. Soon the terrors of war began to catch up with him. Louis later said in an interview that he constantly had nightmares and even though he looked good and had his weight back, he had nightmares and would often wake up wringing wet.11 He did not think he would ever be okay again unless he killed the thing that was haunting him, The Bird. Louis turned to alcohol to try and drown out his hatred and terrors. Although his wife had tried to help him, she could not raise a family with him if he kept going down this path, so she gave Louis an ultimatum. He could either go to listen to the evangelist Billy Graham or she would leave. Louis decided to go because all that time he spent as a prisoner he would always pray “Get me home alive, God, and I’ll seek you and serve you,” and with the celebration of his return home, he had forgotten his promise that he made a thousand times while overseas. “God changed his broken heart, and he became a Christian, just as he’d promised those many years ago. And so Louis returned to Japan to forgive those who had treated him so horribly.”12 His life made an immediate turn around when he gave his life to Christ. His forgiveness of those who had treated him so horribly was, in his opinion, an act of God that healed him. He was finally at peace and devoted his life to Christ. His life turned around and his wife and family lived a good life together. Louis never got to run in the Tokyo Olympics like he had always dreamed of, but he got to carry the torch in the 1998 Olympics in Nagano, Japan. He also wrote an autobiography about his inspirational journey and his extraordinary life. A writer got a hold of it and published it as “Unbroken,” which in turn led to the movie “Unbroken,” directed by Angelina Jolie. Jolie took a part of the movie to him so that he could critique it and said “it was just a man watching his life and remembering his friends and it was beautiful.”13 Louis Zamperini passed away in July of 2017. Louis left behind a lasting impression on all of those who hear his story and got to know him. “No matter what happened or how bad things looked, Louis Zamperini survived everything and gave me an amazing example of perseverance.”14