The “Unsinkable Ship” that Sunk: The Story of the RMS Titanic. 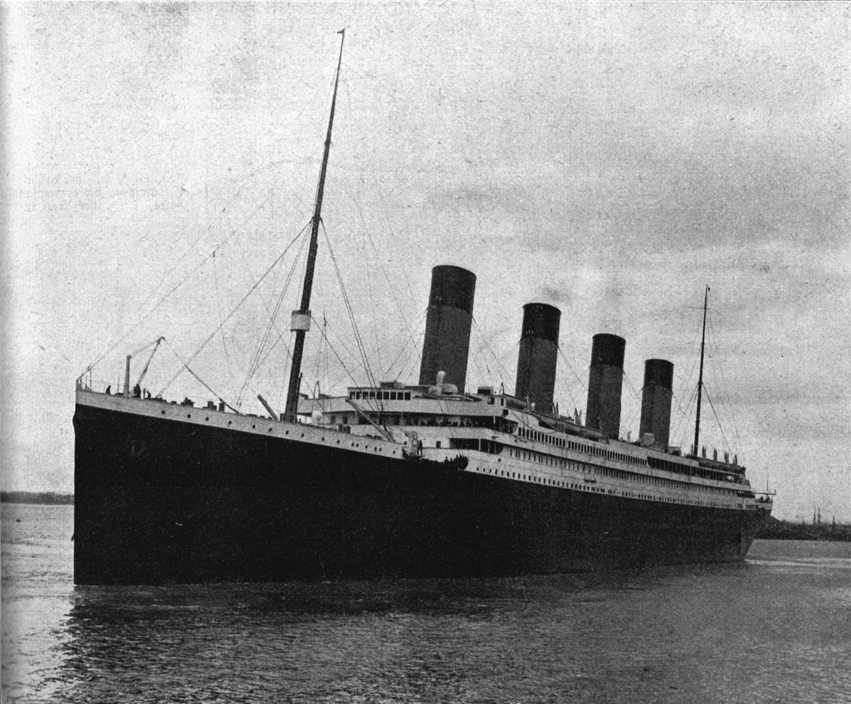 The production of the ship RMS Titanic was announced in 1908 and the buzz for the ship began. Production would take place at Harland and Wolff Shipyards in Belfast, Northern Ireland, and it was the second of three Olympic Class ocean liners. These three Olympic Class ships were the biggest steamers in the world, and they were produced by the White Star Line. The advertisement for the ship read: “Triple Screw RMS Olympic and Titanic, 45,000 tons each. The Largest Steamers in the World.” Chairman of White Star Line, J Bruce Ismay, wanted to keep up with other competitors in the maritime market and be able to compete against other companies, such as German lines Hamburg America and Norddeustcher Lloyd. While these German lines were focused on the speed of their ships, Ismay decided that Titanic’s focus would be different from the rest by being the largest ship rather than the fastest. Once the plan was set, construction began on the ship.1

The company employed over 15,000 men in building Titanic, which consisted of very dangerous work a majority of the time. Because of this, it would oftentimes lead to injuries, both minor and severe. This should not be surprising as it was the first time that any ship of this size was built. Because of the dangerous conditions, there were 246 recorded injuries and eight deaths during constriction of the ship.2 For employees to say they were going to work on the Titanic meant much more than creating the biggest ship at the time; it meant that the employees were taking a risk knowing they could get injured on a severe level. After everything was done, the ship weighed a total of 46,328 gross register tons. Not only did the employees succeed at making it the largest ship at the time, they also made it one of the heaviest too.

On April 10, 1912, Titanic set off on its maiden voyage from Southampton, England, to make stops at Cherbourg, France, and Queenstown, Ireland, before setting off for its final destination of New York. On board, there were passengers as rich as Colonel J. J. Astor, who was worth $30 million and those as poor as Henry John Spinner.3 Someone like Colonel Astor enjoyed going first-class, which was the most expensive and most luxurious class to be in. The people in first class were some of the richest politicians, businessmen, bankers, professional athletes, industrialists, and high ranking military personnel in the world at the time. Each person in first class paid anywhere from 30 to 870 pounds or $70,000 in current dollars. These people had public rooms included a dining saloon, reception room, restaurant, lounge, reading and writing room, smoking room, and other places such as a pool and gym. The most prestigious of public rooms was the parlor, which included a private deck for passengers only in first class.4 Everything was grand, from the iconic staircase to the interior design of the rooms. There were thirty-nine private suites, thirty on the bridge deck and nine on the shelter deck. Each suite included bedrooms with a private toilet. Each suite in total looked like it had two bedrooms, two wardrobe rooms, and one bathroom. There were also three-hundred-fifty standard, cheaper cabins with one bed. These people were positioned towards the top of the ship with easy access to the decks.5 Being in first-class meant you were on top of the world. These people lived lives of opulence and grandeur. Yet, there were some first-class passengers that had to cancel their trip last minute for various different reasons. Two of these people included J.P. Morgan and Milton Hershey.6

Then there was the economy class, or third class, where people like the Sage Family roomed. This was undoubtedly the worst class to be a part of, with rough conditions left and right. The ship accommodated over 1000 third-class passengers, but those accommodations were modest compared to the other two classes. These people were mainly immigrants that were looking for new opportunities in America. These immigrants would travel anywhere from single riders, single mothers with her children, or even large families at times. They paid the least, as ticket prices ranged from being anywhere between 7 to 40 pounds ,or $700 current dollars.9 The rooms had as little as two and as many as six beds per room. There were only 84 berth cabins on board. A comparison between the two extremes of either being first class or third class is seen in the size of the rooms.5 For large families, like the Sages, it was hard to be comfortable when eleven people were split between two rooms. Not everything was bad for third-class passengers. An interesting fact about the third-class passengers was the fact that they had automatic flushing toilets, which is something that first class did not have. They had these because the engineers of the ship inferred that “they were not familiar with indoor plumbing and how it worked.” Aside from this one positive accommodation to the third-class passengers, the overall conditions could have been better for those in third class.11.

The first two days of the voyage were easy sailing until the night of April 14, 1912. At 7:30 pm, the Californian reported passing three large icebergs that would intercept the Titanic’s path, so the crew was informed to keep an extra eye on the water for icebergs in their way. When it was 11:30, lookouts Fredrick Fleet and Reginald Lee noticed a mist but did not notice an iceberg. It was not until 11:39 that they saw the iceberg, notified the upper captain’s deck, and prayed that they would avoid the wreckage. Unfortunately for everyone on board, at 11:40 pm, the Titanic hit the iceberg as it scraped the side of the ship.12 The first six watertight compartments had been breached, which is ironic as the ship was prepared for a hit from an iceberg. The construction plans, however, planned for a breach that was within two water tight compartments, not six. This break in the watertight chambers would result in the ship beginning to sink.

The rush to save those aboard the ship thus began. It started with Captain Smith ordering those working on the telegraphs to send distress signals to those around the ship asking for them to save the passengers. No one replied. Not even the Californian, which was in the proximity of the ship to get the distress signals, but did not attempt to come to Titanic’s rescue. It was not until about forty-five minutes after the ship hit the iceberg that Captain Smith ordered his crew to start filling the lifeboats with women and children first.13

The first lifeboat departed from the ship around 12:45 am. At the same time, the first distress rocket was fired to try and alert nearby ships of their coordinates and position. By 1:15, the water was up to the name plate on the bow.13 At 1:20, the last distress rocket was fired. There was a total of eight fired distress rockets with hopes of nearby ships being informed of their position. As the last rocket was fired, it was clear to many passengers and crew members that not all of them would leave this wreck in one piece. It was not until 2:10 am when the last distress signals were sent saying, “We are sinking fast…cannot last much longer.”13 Moments later, this ship would split into two parts abruptly hitting the water crushing anyone in its path. After the split, the bow was the first part of the ship to fully submerge underwater while the stern of the ship stayed on top of the water for a little while before finally sinking. The entire ship sank at 2:20 am, two hours and forty minutes after hitting the iceberg12.

It was not until 4:10 AM, nearly four and a half hours after the iceberg hit the Titanic that the Carpathia finally picked up the remaining passengers.13 It is controversial as to why the neighboring ship the Californian never came to the rescue. It is speculated that they did not see Titanic in the water when Titanic was one of the largest ship built at the time. It is a mystery as to why the Californian never came to Titanic’s rescue after so many different signals were sent that the crew of the ship should have picked up on.18 There are also many questions regarding Ismay’s actions by putting himself before the others instead of going down with his ship. The orders were to have women and children board the lifeboats first, yet he saved himself before saving others. This rule was understood by Colonel Astor who gave up his spot on the lifeboat in order to save his pregnant wife. Even though he was the richest man on the ship, he still valued the rule of women and children first, which is something Ismay failed to do.19 People also question whether there was extra space in each lifeboat, which is troubling knowing that more lives could have been saved. The way events occurred that fateful night might have been hectic, yet some of the actions are inexcusable and have not been forgotten.

This “unsinkable ship” saw the tragedy that night as many perished in the ice-cold water of the north Atlantic. There was a total of 2,207 people on Titanic’s voyage, and 712 survived. There were 324 total first-class passengers (201 survived), 277 second-class passengers (118 survived), 708 third-class passengers (181 survived), 885 crew members (212 survived), and 13 musicians (none survived).20 It was because of Titanic’s sinking that Maritime rules and regulations were changed so that ships would have enough lifeboats to accommodate all people in an event of a disaster21. Yet the legend of the ship remains with many questions to be discovered. It was not until recently questions like “where is the ship on the ocean floor” and “how did the ship sink to the bottom” were just recently answered within the last thirty years. This ship will go down as one of the most tragic events in Maritime history and is undoubtedly one of the world’s biggest famous failures.