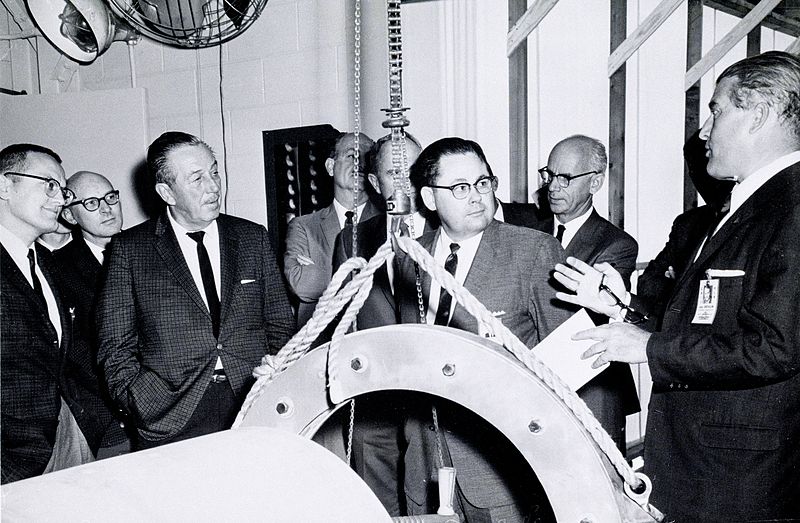 Families throughout the United States faced hard times during the late-1930s. People were still recovering from the effects of the Great Depression, unfulfilled promises from President Roosevelt’s New Deal, and unemployment.1 During these financially troubled times, two dreamers, brothers Roy and Walt Disney, were on a mission to continue to produce quality animation on a fixed budget. After Fantasia‘s disappointing initial grossing, Disney Animation Studios’ debt was edging toward $3 million, which led to Walt Disney cutting all of his animators’ salaries. Although Roy Disney believed that this would undermine everything the two had built, he realized the only alternative was to sell their films through a franchise or file for bankruptcy, and so he agreed to the arrangement, unaware of the wrath that would follow.2

Tensions rose as animators also noticed a change in Walt Disney’s attitude toward them. The once cheerful man who was full of magic soon lost that touch, becoming distant to the people around him. Walt began to take all the credit for the animations that were being produced, and his employees soon realized that their pay was much lower than Disney’s salary. His ‘in-betweeners’ and clean up men were making $20 at the most, while his animators, ranging from amateurs to professionals, made between $75 and $300 weekly. Walt brought home a salary five times what his highest paid animators were bringing home.3

These pay disparities led his beloved animators to walk out on the company. On May 28, 1941, employees were greeted by hundreds of their coworkers waving signs preventing them from entering the studio. Although the exact number of employees who went on strike differs between sources, it is estimated that roughly one-third of the 1200 employees went out that morning. For the first few days of the strike, employees exchanged jokes and banter. The animators held up picket signs with clever illustrations that depicted their true emotions. One that struck deep to the studio was a picture of Walt Disney’s face in a cartoon style with crossed eyes and the caption “I can’t see why they’re unhappy.”4 Walt refused to give in to the demands of his employees, because he did not feel that they needed the increase in pay. This firm stance left the strike to go on for five whole weeks, tearing apart the company’s unity. This tension led Walt to leave for South America to take some time away from work, while he let go almost half of his team. After a bank representative for the company stepped in to review the case, the studio was sustained in favor of the animators leading to the dispute being settled. Though a treacherous three and a half months had passed, work finally resumed at the studio in Burbank, California with 694 employees on September 16, 1941.5

Just as everything seemed to be falling into place, the unimaginable happened. On December 7, 1941, the Japanese Navy Air service struck down on the United States naval base in Pearl Harbor sending the United States into World War II. Panic set in for the animators again as the cost of the films being produced during this time put a damper on the company’s overall budget.6 During this time, Walt and his company were sought out to produce cartoons for the armed services as morale builders. They also used half of the animation studio to house antiaircraft troops that were fighting during World War II. Although the company seemed to be taking on too much, this engagement would inspire Walt to create a few propaganda short films and war posters of his own that would speak to the people of the United States. Of all of the animation produced during the war, the most notable piece was Der Fuehrer’s Face, an animated short film in which Donald Duck dreams he is working in a German factory, all while ridiculing Adolf Hitler. The combination of housing troops in the studio, producing short films that expressed the idea of America’s freedom, and the efforts to inspire those fighting for the United States broaden the brand as a whole, showing every single American know what the Disney company stood for at the time.7

Though Walt himself did not find very creative success regarding his work toward the government propaganda animation and posters, it paid off very well for the company, raising its reputation and generating profits. The animation studio’s contributions to America during the World War II brought smiles with their comedic satire to families struggling to find hope as their loved were out serving their country. Soon after, they produced notable works such as Bambi (1942), Song of the South (1946), and Cinderella (1950), with Cinderella generating enough gross profit to pull the company out of debt and further establish their brand. Had both the strike and Walt lending a hand during the war not happened to the Walt Disney Animation Studios, Walt and Roy Disney may not have been able to sufficiently pay their ‘on the edge of leaving the company’ employers and the bills that came with owning the animation studio. The studio itself could have shut down permanently, never transforming from two passionate brothers’ project to a multi-billion dollar brand that brings magic fans and families all across the globe.