Umm What are Bushisms? 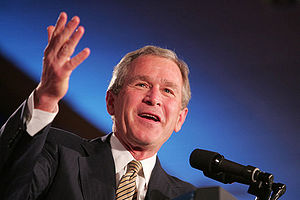 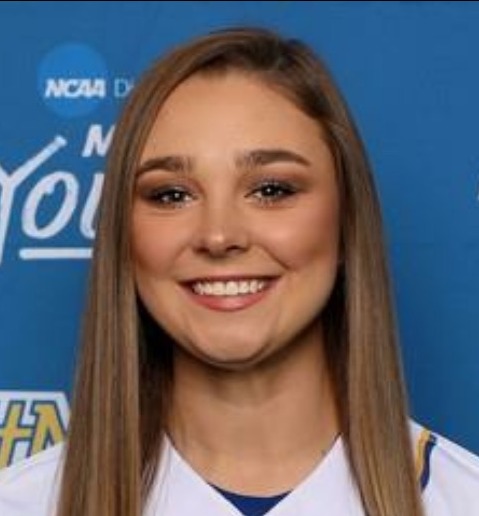 Disfluencies are utterances that interrupt the flow of speech that include pauses, mid-phrase interruptions, repeated words, restarted sentences, made-up words, and words with elongated pronunciation.1 Disfluencies are commonly used by all races, genders, and people of all ages. According to current research on disfluencies, there is said to be a significant relationship between filler words and quality conversation. A question that is frequently asked is, “Do disfluencies interrupt the natural flow of conversation?” And the answer is no. Filler words are proven to enhance natural conversations. So, were George W. Bush’s Bushisms effective in his public speeches?

The former president of the United States George W. Bush religiously used unconventional statements, malapropisms, and linguistic errors in his public speeches, and they have come to be called Bushisms.2 A president practicing incorrect word use? It happens. The use of disfluencies is natural and used by everyone. Although Bush’s speeches were prepared in advance, he commonly misplaced words and spoke in the wrong context. Bushisms are quite funny to listen to. In fact, they seem to keep the listener engaged. For example, Bush once said, “you teach a child to read, and he or her will be able to pass a literacy test,” in Townsend, TN on February 21, 2001.3 This statement caught the listeners’ attention, and even made them laugh a bit. According to Martin Corley and Robert Hartsuiker’s research, the regular pauses in natural conversation benefit the listener.4 In this article, “Why ‘Um’ Helps Auditory Word Recognition: The Temporal Delay Hypothesis,” first published in PLOS One in May 2011, researchers Corley and Hartsuiker propose a hypothesis that any delay caused by disfluencies in language can actually benefit listener’s word recognition.5

The purpose of their experiment was to prove that sentence fillers can actually improve the reaction time of the listener’s word recognition process. Although this experiment does not fully explain why we use sentence fillers, it only shows the benefit in our speech by using disfluencies.6 George W. Bush may have used a lot of different types of disfluencies in his public speeches, but the public truly understood the point that he was making. The disfluencies or pauses allow the public time to process Bush’s words and their meaning, in order to understand the meaning of his speech. Using disfluencies do not have a negative connotation on language use, although many people believe it does. Proof that one of our recent presidents, George W. Bush, regularly used disfluencies in public communication, shows that they do not interrupt the main point of the conversation or speech.7

Another question frequently asked is whether there are such things as gender differences in linguistics? According to many linguists, the answer is yes. But have you ever heard that certain words can correlate to a specific age or gender? Recent studies have shown that filler words or disfluencies can correlate to the gender and/or age of the speaker. Bush commonly used the disfluency “you know,” which according to research correlates significantly with older men. Many experiments suggest that the frequency of certain disfluencies correlates to gender and age. In a study published in 2010, William Horton, Daniel Spieler, and Elizabeth Shriberg examined age-related changes in language production. The authors assert that one’s age is associated with the speed of one’s speech and filled pauses one uses in conversation. Horton et al. observed this relationship of age and language through experiments in which people of different ages, ranging from 17-68, were randomly selected.8 Once the authors gathered their participants, they tested the age-related differences in their language by recording all the conversations of the participants on the telephone. The authors observed the data collected, and discussed the significance of the data with the relationship of age and language. Horton et al. confirmed their initial hypothesis, that speakers generally speak more slowly and become less fluent with age.9

Macaulay’s experiment provided many transcribed recordings of age and gender differences with the filler word “you know.”10 The evidence collected shows a significant correlation between the use of filler word “you know” and older men. This shows the generational difference in language as well as the gender difference too. Younger people tend to use the filler words “um” and “like,” while older people tend to use “you know” and “uh.” Researchers are unsure why filler words have also became generational, although there is significant evidence in Macaulay’s experiment to prove that filler words correlate to both gender and age.11 In this article, “You Know, It Depends,” first published by The Journal of Pragmatics in 2000, Ronald Macaulay tests the relationships of the word “you know” with age, gender, and social class. Macaulay asserts his hypothesis of the correlation of age, gender, and social class with the filler word “you know.” Macaulay created an experiment with test subjects in Scotland, in which twelve people of different ages, genders, and social classes were selected to be interviewed.12 Macaulay collected the data from the experiment and noted the total number of words recorded in each person’s interview. Macaulay then listed the total number of times an interviewee used the word “you know” in order to test his hypothesis of the relationship.13 Macaulay reports that there is a sufficient amount of evidence to support his hypothesis.14 This is evidence to further the reasoning of Bush’s use of disfluencies, and the correlation of gender and age to filler words; disfluencies are natural and help the flow of conversation.

Another famous Bushism is “They misunderestimated me,” spoken in Bentonville, AR on November 6, 2000. With this Bushism, Bush added “mis” to underestimated. Bush unknowingly misused a word. Many believe that Bush used these Bushisms on accident, and it made him seem more like an average man rather than the President of the United States. The relationship between the people and their president is based on politics of course, but also on the similarities that they share as people. If Americans felt that Bush was like the common man, they would have a closer relationship.15 The Bushisms used by Bush made him seem more human, and gave Americans a stronger sense of relate-ability to their President. With these Bushism, Bush reinforced the idea that “everyone put their pants on one leg at a time.” Some believe that Bush spoke these Bushisms out of ignorance, but many linguists believe that it had to do with the amount of pressure put on him.16 Associate professor of linguistics Alan Cienki said, “It is something that we all do, some more than others, some of us do it more under pressure, in the spur-of-the-moment situations. Being a world leader definitely puts you in that high-pressure category.”17 Linguists also say that people are just waiting for famous political leaders to make a mistake in order to call them out on it.18

With the research conducted by myself and other linguists, I believe that Bushisms are effective in his public speeches. The Bushisms allowed the listeners to think deeper about what Bush said, cause the listeners to be engaged, make the listeners laugh, and allow Bush to relate to the common man. Overall, disfluencies in conversation are beneficial, and still efficiently address the main point of conversation. Bushisms have enhanced the engagement of the listeners in each speech. Although Bushisms were often thought of as a display of ignorance, they are rather beneficial in Bush’s speeches.

I am a Criminology major in the graduating class of 2021 at St. Mary’s University in San Antonio, coming from El Paso, TX. I am a student athlete for StMU, and I devote most of my time to softball outside of school. I am blessed to say that I spend my free time with my friends, family, and teammates.
Author Portfolio Page