The Wright Brothers: From Kite Flying to Airplane Riding 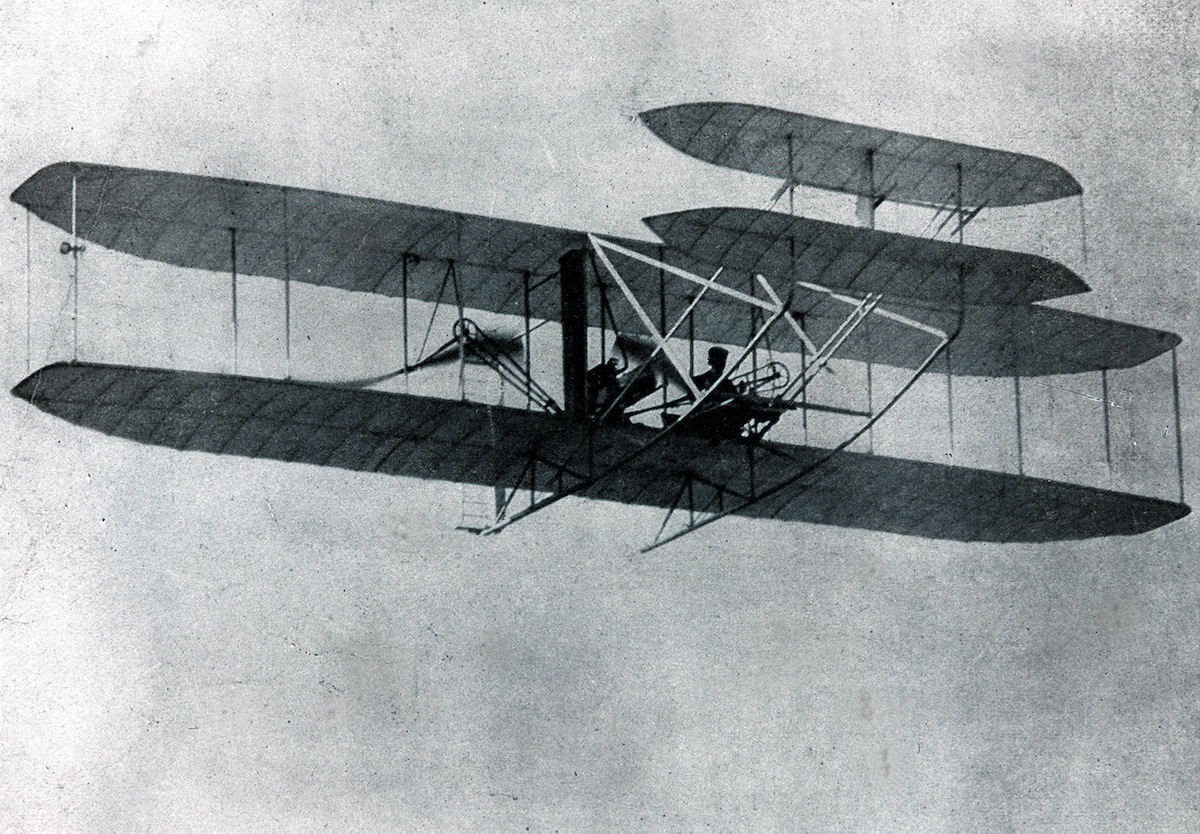 For many, flying was a dream, but Wilber and Orville Wright made it a reality. The Wright brothers accomplished something that seemed intangible to many in the early twentieth century. These two helped jump-start aerospace programs everywhere and became the stepping stone for all things air powered that we know today, from things like commercial airlines to Apollo 11.1

The Wright brothers were born and raised in Millville, Indiana. The oldest, Wilber, was born April 16, 1867, and his younger brother Orville was born four years later. From a young age, the two were fascinated by engineering, thanks to their mother, who would help them in their experiments growing up. The two boys often built kites and they sold them to fellow classmates. They later developed a machine at their church that would fold the Sunday programs for them. It was clear from a young age that these boys were destined to accomplish amazing things.2

The Wright brothers experienced tragedy at a young age, losing their mother to tuberculosis after moving to Dayton Ohio in 1889. Wilber nursed their mother until her death, and the two boys were devastated by her passing. After their mother’s passing, the young entrepreneurs opened a bike shop called Wrights Bike Company in 1892, to repair and sell bicycles. The business began to thrive, so the Wright brothers began to fund their own experiments and began researching flight. The two brothers looked into Otto Lilienthal’s research on flight, because at the time he was the only man who had successfully documented unpowered flight. After looking into Otto Lilienthal’s flight research, they learned that there were three things they needed in order to fly: power, control, and lift.3

After months of research and small-scale experiments to test their theories, they had finally finished their first large-scale glider and were ready to take it to Kitty Hawk, a small town in North Carolina, to test it in 1900. This glider was fifty pounds and cost about fifteen dollars to make. Wilber and Orville first flew the glider as a kite and made minor modifications on the aircraft, until they were confident it could sustain a body and not crash. It was November of 1900 and three weeks had passed since they had gone to Kitty Hawk, and they were finally ready to take the glider out for a test fly.4

A local postman responded to an inquiry the Wright brothers had put in the local newspaper to find people willing to get on their glider. They then took the glider to King Devil Hills to try and get the glider to lift off. The time to see if all their time and research had paid off had come. The postman and Orville ran with the glider, while Wilber laid flat on the glider. Wilber screamed for the postman and Orville to let go of the glider, and it was in that instance that Wilber flew for the first time. This seems like a much larger step than it actually was, though in total time, the Wrights only spent about two and a half minutes in the air after about a dozen tests.5

A year then passed since Kitty Hawk, and the Wright brothers were ready to test their largest glider yet. But the period of time that the glider could stay in the air was very inconsistent. After this glider showed very little progress over their last aircraft, they determined that Lilienthal’s flight research must be faulty, and they began to conduct their own flight research to find out what it would take to accomplish flight. A few months more then passed and the Wrights continued to struggle with the issue of sudden crashes while riding the glider. The brothers found that the issue with the plane was the stabilizers, which help the plane fly straight and maintain airtime, but their plane had too many stabilizers, causing it to not have the freedom to move. They solved the problem by removing one of the stabilizers so that the glider would have a larger range of motion.6

After fixing the stabilizer issue, the time had come for the Wrights to build their first plane. They began mailing letters out to companies trying to get people to build a motor for the plane, but no one was willing to take on the challenge. The Wright brothers ended up building a plane on their own, with spare parts that they had collected in the bike shop over time. On September 25, 1903, they were ready to test this new flyer at Kill Devil Hills, but a storm came and the world’s first flight would have to wait one more day.7

After Kitty Hawk, they wanted the chance to share their invention with the world. They began to reach out to people interested in contracting their planes. But many, like the United States government, were not interested in a plane from two bike store owners from Dayton, Ohio. The Wright Brothers were persistent and continued to negotiate with the United States government. The United States military agreed to contract the Wrights upon letting them see their plane take flight with the stipulations they had set for them. 9

The Wrights created the Type-A plane and it met all of the government’s stipulations. The Wrights had done the unthinkable. This plane was capable of flying up to 125 miles at an average of 40 miles per hour. This aircraft helped the Wrights get their first contract. Not even a week after they signed their first contract, the Wrights signed another contract with a Company in France that wanted them to manufacture flyers for them. Due to the new contract, the time had come for the two brothers to split up. Wilber would go to France to work with their new business partners and Orville would stay in the United States to continue working for the United States Military.10

Wilber set sail for France in August 1905, and the French greeted him with skepticism, still unsure of what to expect. Wilber demonstrated what their plane could do on a race track near Le Mans, by flying it around the track two times in less than two minutes.Upon seeing Wilber fly the track in August of 1905, the French’s skepticism went away as they witnessed what the aircraft the Wrights had created. The French were very impressed with the Wright’s plane, which was more technologically advanced than any of the aircrafts they had seen at the time.11

Wilber was abroad shocking Europe with their creation. Meanwhile, Orville was about to stage the demonstration of their new plane to the United States military. On September 3, 1908, at Fort Myer, the day had arrived to show the military the progress they had made. Orville was flying with Sargent Thomas when they crashed, leaving Orville extremely injured and Selfridge dead. That was the first fatality from an aircraft. Four days later, Wilber set the longest flight time record at one hour and thirty minutes. He was hopeful that this good news would help cheer up Wilber.12

After Wilber returned home, the Wrights began to take things slower. They opened a flyer manufacturing plant where they could produce flyers in large numbers. The brothers opened the manufacturing plant to protect their research, and during this process, Wilber got typhoid fever. After three weeks of trying to recover, he died in 1912. Following Wilber’s death, Orville was never the same, and he slowly broke away from the flight industry and had no desire to continue creating new inventions to further their progress.13

The Wrights did the unthinkable and helped not just the United States but other parts of the world develop the flight industry. These two bike shop owners chased their dreams and passion despite what everyone thought they were capable of and changed the flight industry single-handedly. Their legacy will forever live on and they will always be remembered as the first men to take flight.14