“You talk like a girl!” The Benefits and Consequences of ‘Female Speech’ 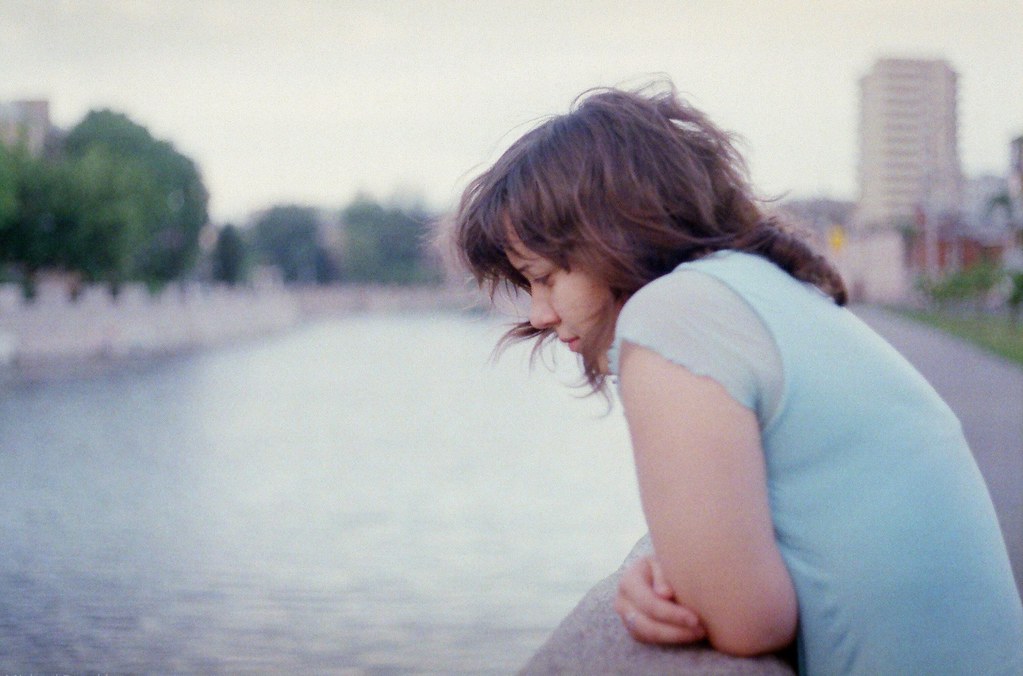 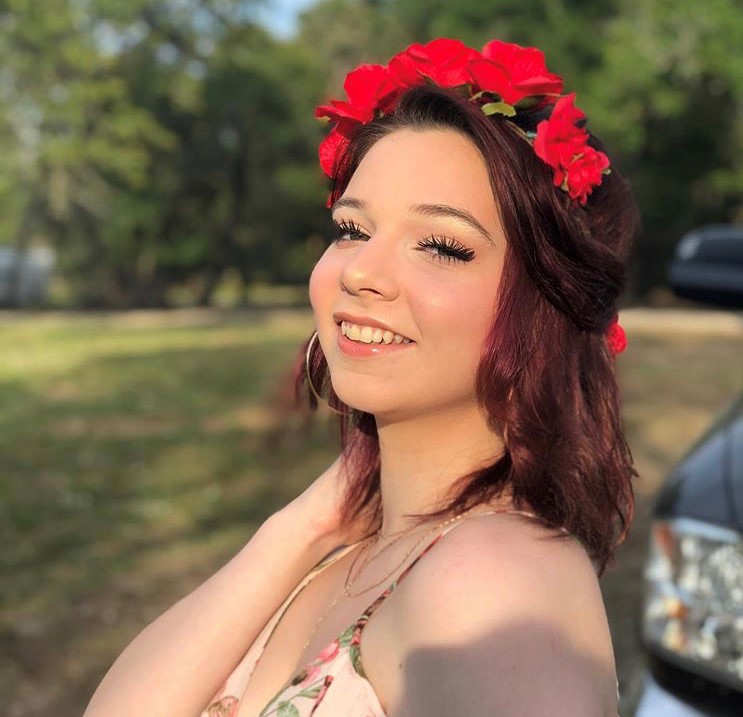 Throughout history, roles and actions have been assigned to either male or female persons, creating a gender binary of either “man” or “woman.” It comes as no surprise that a society which values the gender binary attributes differences in speech to each binary gender-category. These differences come with stereotypes about a person’s character and skillset based on the gendered speech patterns they use – thus, ideas are formed about women based on the speech they use. At times, these stereotypes can have positive implications – female speech is generally regarded as more “polite” and “less threatening” than its male counterpart (Lindvall-Östling et al., 2020). More often than not, however, these stereotypes are harmful – public notions of inflection and vulgarity work to create a narrative of air-headed, non-professional women (Habasque, 2019, 2021). These stereotypes do not exclusively affect cisgender women; they can also be used as a tool to help transgender women eliminate dysphoria (Hancock et al., 2015), or act as an additional barrier for those who were assigned female at birth (AFAB) and now identify as a different gender. Current literature and media portrayals suggest that the societal standard for female speech can be both harmful and beneficial to people of all genders, and thus its usage should be carefully examined.

The idea of “female speech,” in and within itself, is a stereotype. The discussion surrounding what exactly constitutes a distinctly female vernacular is not a new concept – the expectations and limitations have been found in linguistics literature since the 1970’s. In Language and Woman’s Place, Robin Lakoff commented on lexical differences such as specificity when identifying colors and “meaningless particles.” Women were more likely to avoid generalities and to use specific names for colors, such as “mauve.” They were also less likely to swear, and more likely to use gentle adjectives such as “lovely” or “charming” (Lakoff, 2004). Should a man follow these speech patterns, he was most likely to be viewed by society as homosexual and effeminate. Alongside lexical preferences, the study also identified a variety of silencing techniques men use against women, and the quiet nature women adopt to fill a “mother” role (Bucholtz & Hall, 1995). Recently, attitudes towards the perception of gendered speech is changing – largely due to a change in the perception of gender in general. Some linguists argue that gendered speech perpetuates traditional gender norms, leading to a vicious cycle of negative assumptions about women (Cook-Gumperz, 1995). The general consensus surrounding gendered language points towards the patriarchy as the source – women have been taught to speak in such a way that either appeals to – or simply does not offend – the male point of view. However, in a rapidly shifting society, these ideals are long outgrown.

For people assigned female at birth (AFAB), gendered speech can become a barrier to transitioning. What helps a transgender woman feel visible can create dysphoria in transgender men and non-binary people. Those female speech patterns could lead another person to misgender these individuals, causing them a great amount of discomfort. Due to the silencing nature of the male-female binary in conversation, it can also be hard for these individuals to then express their opinions about the stereotypes. Habits passed on to them since childhood teach young AFAB children to be quiet and gentle, especially through mother-baby style play (Cook-Gumperz, 1995). Despite growing up and transitioning, such habits can be hard to break, especially when the dominant patriarchal ideas further discourage raising one’s voice against the cisgender male status quo. When those AFAB do stray from femininity in their speech, a cruel caricature can be created for “comedic” intent, further stereotyping LGBTQ+ people. For example, the speech attributed to butch women is supposed to be low, slow, and unemotional (Livia, 1995). Such apathetic indifference can often be used to portray butch lesbians as rude and unapproachable. This stereotype can breach gender identities, affecting the AFAB non-binary person or pre-transition transgender men who try to conform more to male speech. When the speech of a particular individual – something which is, to a degree, out of that individual’s control – becomes a punchline, harmful stereotypes can be perpetuated.

The issues associated with female speech are not exclusive to the transgender community. All women face stereotypes concerning their intellect as it relates to their vernacular. There is a long existing trope that uptalk signifies an air-headed woman, incapable of professional positions. This trope is applied to the “bimbo” character in a variety of media, including comedy television shows. For examples, characters such as “Jillian” in Family Guy use uptalk to show their lower intellect, whilst being praised for their physical attractiveness. This “linguistic misogyny” uses a female subject as “a token to stigmatize a female character by framing her as stupid” (Habasque, 2019). The idea that women are incapable of intelligent discourse purely because of vocal habits reinforces gender roles and vice versa. The woman who is well-suited to a stay-at-home lifestyle continues to use stereotypical female speech. The female CEO struggles to be taken seriously without changing her inflections and diction when around her male peers – assuming she can make it past male interviewers without being criticized at an abstract level (Rubini & Menegatti, 2014). Language, as insignificant as it may seem to some, is a huge part of social perceptions of women.

Not all the perceptions associated with those who use female speech are negative. Approachability and politeness can be positive qualities associated with the stereotype. Studies from Indonesia found that teachers saw female students as more polite in their response to lateness or answers to questions (Nurjanah et al., 2017). Such qualities create viable candidates for careers in customer service – retail, call centers, and so on. However, concerns about putting women into a box – even a positively characterized box – are still valid.

It is important to remember that the idea of female speech is a generalized concept with the intention of creating divide between the two binary sexes. This means that, across cultures and ethnicities, stereotypes will vary. The experience of one woman is almost definitely a completely separate development from that of another. Some women may prefer to maintain the speech they are accustomed to, be it an act of defiance or an enjoyment of the positive traits associated with it. Others may completely reshape their language, for personal preference or success in management. The transgender woman may find euphoria in adapting a more female speech pattern. The AFAB non-binary person may view their talking habits as a flag for others to misgender them. The future of female speech should not be focused on its eradication. Rather, as a society, we should put power into the words of women – giving them the freedom to speak as they like without worrying about social implications. The stereotype of female speech has long been a hindrance for many women. Now, we are presented with the opportunity to make it a benefit.

This article would not have been possible without the hard work and advice of many people. Dr. Mary Lynne Gasaway Hill, I cannot thank you enough for the encouragement and incredible sources you provided me with. Thank you to all the staff at StMU History Media. You are always a pleasure to work with. I also appreciate the advice of tutor Daniela Durán and librarian Diane Duesterhoeft. Their input made a fantastic foundation to my process. Finally, I would like to thank Dr. Meghann Peace – never before has a professor inspired me so much with her enthusiasm.

Habasque, P. (2019). “You’ll never have to listen to her talk like this? With an upward inflection? At the end of every sentence?”— Fundamental frequency of female voices & linguistic misogyny in Fox’s Family Guy. Anglophonia, 27. https://doi.org/10.4000/anglophonia.2352

Livia, A. (1995) “I ought to throw a Buick at you”: Fictional representations of butch/femme speech. In K. Hall & M. Bucholtz (Eds.), Gender articulated: Language and the socially constructed self (pp. 245-277). Routledge.

I am a Psychology major and a Spanish Language minor at St. Mary’s University. Born in Leeds, England, I came to America 6 years ago with my family. Since then I have pursued my education here, with plans to graduate with my Bachelor’s in Fall 2021. I am passionate about immigration, LGBTQ+ rights, and feminism.
Author Portfolio Page