A Case of the Mondays: Brenda Spencer and the Cleveland Elementary School Shooting 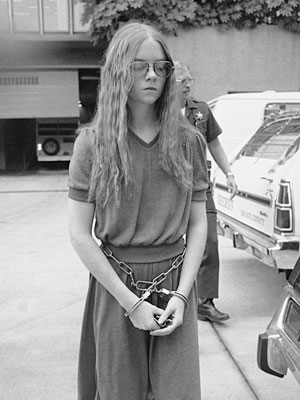 “Ugh, it’s Monday” are the words that usually follow the arrival of the most dreaded day of the week. The sighs floating in the air are palpable and nothing seems possible. Mondays always carry with them a negative connotation and contain components such as depression, fatigue, and anguish. But to a San Diego elementary school, and to a troubled sixteen year old, Monday, January 29, 1979 held an even more distressing meaning.

Students at Grover Cleveland Elementary School, located in San Diego, California, began what they believed would be a normal Monday morning like any other, with bells ringing and students racing to their classes. Little did they know, however, that across the street, sixteen-year-old Brenda Ann Spencer was aiming her .22 caliber semiautomatic rifle right at society’s ultimate refuge, the elementary school, and its surroundings. After the first bell rang, Brenda broke the panels on the front door of her home, which was located right across the street from the elementary school. And she began to fire. The school’s principal, Burton Wragg, while rushing outside, was hit on the shoulder and chest with Spencer’s bullets and eventually died. Michael Suchar, the school’s custodian, ran outside with a blanket in order to cover Wragg and keep him from going into shock, but he quickly became the second victim of Spencer’s shooting and lost his life. In between all the chaos, 28 year old Robert Robb, a recent graduate of the police academy, while examining Wragg’s and Suchar’s bodies, was shot under his right shoulder blade.1 He would go on to survive though, along with the eight other children who were wounded in the incident. At least three of those children had abdominal wounds. A nine-year-old student, Cam Miller, was struck in the back with a bullet that exited through his chest without hitting any internal organs. Another, Christy Buell, was shot through her abdomen and in the buttocks, and had to undergo surgery in order to repair her intestine.2

When Gus Stevens, a reporter for the San Diego Evening Tribune, began calling around the area to gain more information about the shooting, he coincidentally placed a call to Spencer’s home where she gave him exactly what he wanted. She described the shooter, a sixteen year old, and the shooter’s address. When Stevens realized that she gave him her own address, he recognized what was going on and requested an interview while another staff member informed the police of the situation. The police, now aware of where the shots were coming from, were able evacuate the children and obstruct Spencer’s line of sight while trying to negotiate with her. After several hours, Brenda Spencer surrendered her weapon and several rounds of ammunition, and was subsequently arrested. While on the phone with Stevens, Spencer had stated that she was just shooting for the “fun of it.” She went on to say that she just didn’t like Mondays and did this “because it’s a way to cheer up the day.”3

Contrary to her initial claim, she later went on to state in her 2001 parole hearing that she had been “sexually abused by [her] father” and was “waiting for the cops to show up so they could shoot [her].”4 This new information has fueled many more theories today about Brenda Spencer’s true motives in committing such a crime. During her pretrial psychological testing, an injury to Spencer’s temporal lobe came to light. Spencer has also stated in a letter from prison that she experiences “grand mal seizures” that she has to counteract with medications.5 Such a brain injury would definitely be a precursor to epilepsy, which is two to four times more common among violent offenders than the public.6 The lack of treatment she received for this disease, to some, proves the neglect that she experienced from her family and in her childhood. Psychologist Jonathan Fast introduces the idea that her brain injury, abuse, and the effects of it pushed her to her final actions. He believes that the shame, ridicule, inferiority, and powerlessness that she felt encouraged her to go as far as she did. In another letter she wrote in prison, she stated that her “father had done everything a person could do to another person. The beatings, the touching, the emotional abuse.” She went on to state that no one, not teachers or counselors, gave her assistance through this, so she simply thought that this was how the world and how life worked. When her father gifted her the .22 caliber rifle, she thought that he was finally telling her to do it: to take her life successfully, unlike her past suicide attempts, and leave the world forever.7

Whether these theories are true or not, Brenda Spencer was tried as an adult and pleaded guilty to two counts of murder and nine counts of assault. She was sentenced to twenty-five years to life in prison, and is still serving her sentence at the California Institute for Women. The shooting has inspired a song by the Boomtown Rats called “I Don’t Like Mondays,” and has also gained other media coverage through a documentary.8 Her action went down in history as the first high profile school shooting and has become a vanguard to many future, unimaginable school situations and violent outbreaks. Whether Spencer was a cold-hearted killer or a truly lost and confused soul that simply wanted an escape, it is undeniable that her horrible actions have had some frightening consequences in our modern world.

No school or kids deserve to be shot up. We hear about it so much today, and it is incredibly sad that there are people who are willing to do this to innocent children. Her reasons for doing this school shooting makes me so mad and upset. Even if she maybe had her own problems with her father, she is just as guilty to if she only did it to make a better Monday.

I did not know about this case. I find it really interesting to build this article and its literary resources to hook the reader. Brenda Spencer, the culprit of this shooting, in case her second statement was true, she should not have opened fire to that school, she should have called the police directly. On the other hand, I also did not know that this event was listed as the first high profile school shooting.

The article kept my attention the entire time. I am from a town a few miles from Santa Fe High School where the 2018 shooting took place. I do not feel sorry for the shooters of the crimes. I’ve seen first hand how these tragedies affect a community. However, I find their reasons to be interesting to learn about. This was a horrible event that resulted in two lives lost… I have never heard of this case before this article. I’m a little more grateful for my “normal” Monday’s now!

This is such a sad case because those kids did not deserve to go through something so traumatizing. I dont think the shooting should have been the choice at all, she could have gone to her mom if she had some problems. She was so young and ruined her life so quickly.

I had never heard of this case prior to reading this article. This is a very interesting article and also very relevant to today, as we hear about shootings quite often. I think that article such as these, that have to do with people like this that kill or shoot up schools filled with little kids are so heartbreaking to read. Brenda Spencer excuse was that she had been abused by her father, yet i dont believe that is a true motive as there are hundreds of other victims and not all of them end up shooting elementary schools.

I had never heard of this incident but what shocks me the most about this article was how young she was. This article did a good job of explaining what had happened that day and what her motive was. It is very saddening to read that she would target an elementary school full of innocent children but it is very satisfying to also read that she is still serving time for the horrific thing she had committed.

Great article but terrible circumstances. I had never heard of a female school shooter. Let alone an elementary school shooting. I understand that she was not mentally stable but killing innocent people is not justifiable. She said she did it for the “fun of it” and that just gave me chills. The pain these children must have felt is unforgivable.

While I had briefly heard of this case before, the author provided more details than I had originally known. The author also focused, not just on the shooting itself, but also the aftermath that centered on Brenda Spencer. I cannot reconcile the fact that Brenda claimed she started shooting “just for the fun of it” with the trauma she probably experienced in her childhood because both are terrible and inexcusable acts.

Being from San Diego, California this article sparked my interest. Mental health needs to be addressed everywhere and not just when someone acts out like this. The fact that she shot up the school was because she didn’t like Mondays and she wanted to cheer it up. She shot people for the fun of it. In what sense is that okay? The fact that school shootings are more normalized in 2021 than anything is sad. Going to school should be a safe place and not a place to fear.

This article brings to light the issue of gun control. California has some of the most stringent gun control laws in the country and yet still there is gun violence, like the school shooting described in this article. The issue is in plain sight but nobody in the right places of power wants to say it because it’s easier to point fingers. The issue is not owning guns, the issue is mental health.