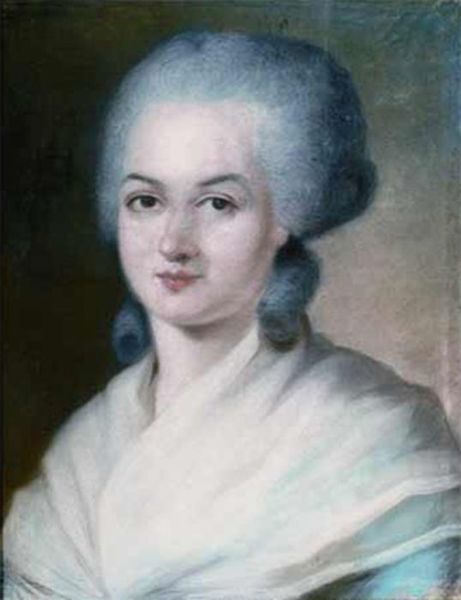 “Women, wake up; the tocsin of reason sounds throughout the universe; recognize your rights.” – Olympe de Gouges1

The eighteenth century, the Age of the Enlightenment, was a time of radical advances for social change. It brought to the world a different perspective on how life should be lived, and on what the purpose of life ought to be. It was a period in the history of western thought and culture, stretching roughly from the mid-decades of the seventeenth century through the eighteenth century, characterized by dramatic revolutions in science, philosophy, society, and politics; these revolutions swept away the vestiges of the medieval world-view and ushered in our modern western world.2 There was Voltaire and his influential poems, essays, and books; Jean-Jacques Rousseau and his Discourse on Inequality; John Locke and his essay Concerning Human Understanding; the American “Founding Fathers” and their Declaration of Independence and Constitution; as well as the Declaration of the Rights of Man and of the Citizen passed by France’s National Constituent Assembly. However, despite these political and cultural advances, an ongoing pattern of social inequality remained; in the eighteenth century, men believed that women did not have the intellectual capacity to fully participate in the public sphere. That meant that it was very difficult for a woman to express her point of view on certain issues publicly, let alone have anyone listen.3 Even though women were not truly afforded a voice during this time, some still managed to make themselves heard. In fact, the woman Olympe de Gouges became the things she was told she could not be: a writer of Enlightenment philosophy, an author of political documents, a rational human being engaged in discourse over principles and strategy. This is her story.

Olympe de Gouges was born on May 7, 1748, with the name Marie Gouze, which she changed to Marie Aubry when she married at sixteen. The marriage didn’t last long because in 1765 her husband died; she then changed her name to Olympe de Gouges, moved to Paris, and vowed to never marry again.4 Being a woman in the eighteenth century, she was literate but not really well-read. Thus, as any strong woman would, she spent the next decade informing herself on intellectual and political matters. Gouges continually worked to better herself, creating a new personal identity and image.5

She also decided that it was time for her to follow her dream to become a playwright. However, being a playwright was not an acceptable occupation for a woman in the eighteenth century, and she constantly worked to earn her recognition. In 1784, Gouges began writing plays that portrayed her political opinions. Most of her plays highlighted controversial issues, such as slavery, divorce, the marriageability of priests and nuns, girls forcibly being sent to convents, the scandal of imprisonment for debt, and sexual double-standards between men and women.6 Although Gouges had spent numerous years remaking herself as an educated individual, she was still only a woman. She received constant criticism that did not reflect who she was as an intellect. For example, she was constantly accused of being illiterate, but her familiarity with Molière, Paine, Diderot, Rousseau, Voltaire, and many others, as well as the way she responded to the criticism, proved that the accusations were untrue.

In June of 1789, the French Revolution began, starting with the storming of the Bastille on July 14. Gouges decided that she too was going to fight. She decided to fight in order to combat a society she felt was corrupt, in which women were particularly the victims of oppression and injustice.7 She fervently believed that women’s rights were going to be one of the outcomes of the French Revolution.

That same year, on the 26th of August, the Declaration of the Rights of Man and the Citizen was passed by France’s National Constituent Assembly, which was the death knell for any hopes of women’s rights. The summary of the declaration was that women were not granted full citizenship and equal rights. The declaration was in part inspired by Rousseau’s perspective on gender relations, namely that women had no business in politics.8 How was it possible that men were so closed-minded that they couldn’t recognize that women were also participants in the Revolution? Gouges was not going to be silent. She wrote and published a response to the preamble of the Declaration of the Rights of Man and the Citizen because she felt it was necessary to shine a light on the fact that the preamble was silent on the issue of women’s rights.9

Gouges’ pamphlet, the Declaration of the Rights of Woman and the Citizen, was published in the paper in 1791, and called for women to be given equal rights to men, protection of their rights as mothers, and other rights.10 Over the course of seventeen articles, Gouges’ Declaration detailed what these rights should be–liberty, property, security, and resistance to oppression. Just as men had positions in the government, her document stated that women should have the right to participate in government and lawmaking, as well as be afforded the freedom of speech. She also stated that women were obligated to follow the law, and if they break the law, they should be convicted. Included in the Declaration was a personal letter to Queen Marie Antoinette, asking the Queen to help other women who were fighting for equal representation and participation in the Constitutional Monarchy being formed.11

After the establishment of the first French Republic, Gouges knew that if she kept on trying to fight for her rights and for the rights of all women, she would be putting her life at risk; but that didn’t stop her. In 1793, Gouges published “Les Trois urnes, ou le salut de la partie, par un voyageur áerien,” or “The Three Urns, or the Salvation of the Fatherland, By An Aerial Traveller,” which was a document that proposed government reform by the vote of the people. She thought that, in order for France to become a true republic, the people should choose their leaders by secret ballot. In September 1793, while she was passing out posters of the pamphlet, she was arrested and brought to trial before the Revolutionary Tribunal.12 She spent three months in jail without an attorney, trying to defend herself. The presiding judge denied Gouges her legal right to a lawyer on the grounds that she was more than capable of representing herself. It seemed as though the judge based this argument on Gouges’s tendency to represent herself well in her writings. Gouges knew that death was a possible outcome of her arrest, but she did not keep silent. She held her strong philosophical and political opinions, and she fearlessly stood up for women’s rights whenever she had the chance to speak. Even in jail she managed to publish two texts: Olympe de Gouges au tribunal révolutionnaire (Olympe de Gouges at the Revolutionary Tribunal), in which she related her interrogations; and her last work, Une patriote persécutée (A [female] Patriot Persecuted).13

On November 2, 1793, Gouges was accused of composing and printing works that were considered to be an attack on the sovereignty of the people.14 On November 3, 1793, Olympe de Gouges was sent to the guillotine for execution. Gouges ascended the scaffold at 4 p.m.; she looked into the assembled crowd and said, “’Children of the Fatherland, you will avenge my death’ [and] cries of ‘Vive la République’ were heard among the spectators waving hats in the air.”15 Two-hundred and twenty-two years have passed since the execution of the amazing Olympe de Gouges, and I believe that, with our advances in women’s rights and human rights in general, that we have indeed avenged her death.