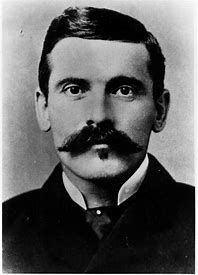 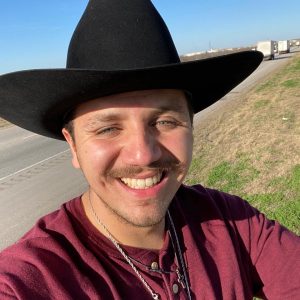 “I am trying to keep you alive!” said Kate Elder to Doc Holliday after he yelled at her during an argument saying “You’re an insatiable bitch!- You’ll kill me before the rot does!”1 Katie (Big Nosed) Elder was the wife of the infamous outlaw gunslinger Doc Holliday from the mid 1800’s who died after contracting Tuberculosis at a very young age.2 Katie Elder was money hungry, and she played Doc for his money. She used his amazing skills at card games to her advantage. Even Doc himself once described her as “a leech for money.” It seems Doc knew who she was, but in his own way he still loved her. However, most people, including Doc himself, saw her as someone who used Doc. If this was so, then why did Doc keep her around until he died, instead of leaving her right off the bat?

Kate Elder met Doc after she ran into him after escaping from Jonas Stonebreak, a gunslinger that killed her friend. He took her in and over the years she ended up learning about his early life and how he used to be a dentist before becoming a gunslinger. She also learned that he had tuberculosis, a deadly lung disease that leads to a slow death, which he contracted from his mother at the age of fifteen while treating her for the same disease.3

In her time with Doc she learned about the symptoms of tuberculosis, so she could have a better understanding of his condition in order to be able to help him during the time he had left. She admitted to him many times (and even after his death) how much she loved him, and although he treated her harshly at times, Doc had a way with himself and with words, so that she felt loved and understood by him like no other man before. “He was unlike any other man before, so full of himself and knew how to play the part well.”4 Kate told stories of how she and Doc traveled to many places from Kansas, Colorado, South Dakota, and New Mexico, where they would enter a saloon and challenge any man to try and beat Doc at a game of cards. At first she didn’t like Doc going out and wasting away his life just for money while she was left stranded in the room alone for many hours of the night until Doc returned home drunk and covered in the smell of cigarette smoke. Despite knowing the symptoms of tuberculosis, and after many arguments, she began encouraging his gambling addiction and stood by him while “He ate his life away in drinking and gambling.”5 Everyday she encouraged his other addictions too, to alcohol and to cigarettes. Sometimes while he was gambling she would stick a cigarette in his mouth or order him another drink until he would eventually blackout.6

This went on for many years, until Doc eventually became numb to all the arguments, and decided to leave. Kate, explaining the fight, said “I often let my temper get the better of my common sense, but I misunderstood his bouts of anger when his body betrayed him. He turned to me as a scapegoat.”7 It was not in her interest to ever highlight the fact that he was dying in any of their arguments, but during that last argument, she said “It is not my fault you are dying! I have done my best but you don’t care about what happens to me when you go!”8 In an interview, Kate admitted that, “I failed to see that his fury at himself was taken out on me, as my good health was a constant reminder of his illness.”9 They fought and yelled at each other while Doc flung around clothes to take with him and pushed her onto the bed, where she then tried to seduce him in an attempt to calm him down. Kate explained, “If words didn’t work, maybe seduction will. He put his hands around my throat calling me a whore while I told him I just loved him. Then he kissed me and we made love in that bed.”10 However, the next morning Doc was gone. He left her so he could go die alone in peace and solitude.

Kate hated Doc for leaving, and it wasn’t until years later that she found him again in Tombstone (a small town in Cochise County, Arizona) where he was being wrongly accused of something he didn’t do. This is where it’s believed she “betrayed” him. Doc was being accused of robbing a stagecoach and murdering the driver. Doc’s enemies in Tombstone actually found Kate, got her drunk and forced her to testify against Doc saying he did it. It wasn’t until the next morning, when sober, that Kate told the truth and admitted that she was forced to testify against Doc. When Doc found out what she had done, he never forgave her, although he knew that she didn’t do it intentionally. He just couldn’t come to forgive her for even daring to say it in the first place. Kate said “That was the last time I ever saw Doc before he left Tombstone and died years later.”11