A Pacifist in a War: The Story of Desmond Doss 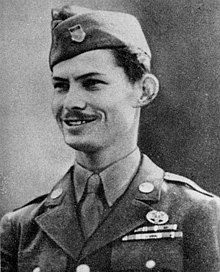 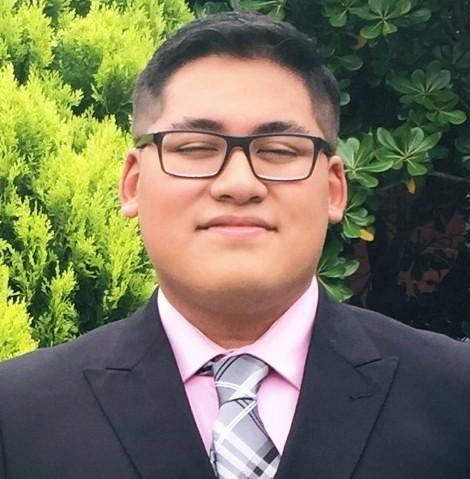 Corporal Desmond Doss was slowly getting rappelled down a ridge as he tried to stay awake and ignore the pain he was feeling. His comrades told him it was fine, that they could handle it, as they tried to cover his legs, which were full of grenade fragments. Desmond finally started to let the darkness consume him as he realized he had done the best he could do. As Desmond finally fell unconscious, only one thought crossed his mind. “Where’s my Bible?”

Desmond’s journey began shortly after the United States entered WWII. Desmond was working at a shipyard. He could have taken a deferment, because of the fact that he was working on a shipyard, and because fighting in a war was against his beliefs. Desmond, however, refused a deferment and instead wanted to fight for his country, with the condition that he never kill another man. As a Seventh Day Adventist, he was opposed to killing, even in war. He also opposed doing any work on a Saturday, which for Seventh Day Adventists is the Sabbath and a day of rest and religious reflection. Both of these conditions got him in trouble with his superiors and comrades.1 He was listed as a conscientious objector, which is someone who refuses to fight with the military based on his or her longstanding beliefs; however, Desmond never agreed with the phrasing “conscientious objector.” He instead called himself a conscientious cooperator, saying that he wanted to work with the military and that he believed that the war was just.

When Desmond first volunteered, he requested to be put in the medic’s class, as he believed that that would be the best place for him to help people. The Army refused and instead put him into a rifle company. Not having much choice, Desmond went to the assigned company; however, he continuously asked for a class transfer. Desmond would constantly face scrutiny from both his superiors and his comrades, due to his beliefs. He would do all the other exercises with his squadron, but he still refused to carry a rifle and do the barrack chores on Saturdays.2

Desmond persevered and continued to practice his beliefs. He refused to falter to the harassment and he refused to hold a grudge against his comrades. His commanding officers tried two times to remove him from the Army. The first time, the commanding officers tried to have him discharged for being mentally ill.3 It failed to go anywhere since following one’s religion is not a mental illness, so the case was thrown out. The second time, a drill sergeant ordered Desmond to pick up a rifle for target practice, and Desmond refused, so he was charged for disobeying a direct order.4 This case also failed, since it could be argued that the officer was discriminating against Doss due to his religion, so that was thrown out as well. And out of spite, Desmond’s request for a leave was denied. But then Desmond was finally given permission to start his training as a field medic after two attempted court martials and two years of begging for the change. Desmond could now finally begin helping in the war effort in his own way.

In 1944, Desmond and his company eventually finished basic training and were sent out to join the war effort. Desmond was assigned to the Pacific Theater, where he would see his first action in the Battle of Guam, where the Americans’ goal was to recapture the American Island of Guam, which had been lost in 1941. It was a success, with the unfortunate loss of 7,000 Americans and 18,000 Japanese. Desmond earned his first bronze star in this battle for the medic heroics that he would become famous for. His next deployment was at the Battle of Leyte. Their attack was a joint effort with the U.S. Navy, and their goal was to reconquer the Philippines, giving the Americans striking access to the home islands of Japan.5 The battle ended with an allied victory, and Desmond received his second bronze star with a V device.6

Desmond’s final stop in the war was Okinawa, where he and his battalion faced their fiercest defense yet. Okinawa is one of the five main islands that make up the mainland of the Japanese Empire. If the Americans were able to capture Okinawa, they would be right at the doorsteps of the Japanese home islands. However, no one could have predicted the chaos and bloodshed that both sides would face on Okinawa. In fact, the Battle of Okinawa became the bloodiest battle in the Pacific theater, and one of the worst of the whole war. The battle took place all over Okinawa resulting in the loss of 12,950 American soldiers, 110,000 Japanese soldiers, and 150,000 civilians in a span of nearly three months.7

Desmond’s company was sent to the Maeda Escarpment, commonly known as Hacksaw Ridge. Their mission was to take the ridge so that they would have a strategic vantage point over a Japanese military headquarters.8 In order to get up the ridge, the soldiers had to use cargo nets as makeshifts ladders that would take them up to the top pretty easily. The only problem was that once they get to the top, they would have no protection from the Japanese, effectively making it a “kill zone.” The company learned this quickly as it got slaughtered at the top, forcing Desmond’s company to move the nets to a location a couple miles west of Hacksaw Ridge.9 The first assent to the top of this ridge was much easier, but it still resulted in multiple injuries. This is when Desmond’s role in the assault became vital.

Desmond risked his life every second he spent on that ridge, but he didn’t care, and instead he tried to save as many of his comrades as he could. No matter how serious their injury, Desmond would try to save his comrades, even if other medics told him it was too late or it was pointless, Desmond would still try to save them. Desmond would carry the wounded soldiers to edge of the ridge while taking heavy fire; he then would tie them up and pulley them down to the camp below.10 He would repeat this process until nightfall, and then, under the cover of darkness, Desmond would go out into the “kill zone” and look for survivors to rescue. Desmond would do this while avoiding Japanese patrols and snipers, who were also searching the area, but who were there to snuff out their enemy’s lives instead of saving them. For days, Desmond would repeat this same mission of bringing his comrades to edge and pulleying them down, throughout the night and into the morning.

He continued this until his faith finally couldn’t protect him anymore. Desmond was treating men in a foxhole when a grenade landed inside. Quick to respond, Desmond kicked the grenade out of the way of the injured, but he was in its blast radius. Desmond took multiple fragments from the grenade, severely wounding him.11 Doss treated himself the best he could, and waited for a medic to take him down, which took five hours for the medics arrive. While he was waiting, an enemy tank arrived and injured many soldiers, and yet Desmond crawled towards them and started to treat them to the best of his ability. Eventually the medics came and picked up Desmond and started to take him to the pulley. As they got there, they came across a man who was badly injured and waiting to be let down below, and Doss rolled out of the litter and ordered the medics to save the other man first.12 They quickly obeyed and started the trip to the pulley as Doss waited for their return. As he was waiting, Desmond took a sniper bullet in his left arm, shattering it completely. However, this still didn’t stop Desmond, as he then crawled 300 yards to an aid station to get help.13 Desmond was evacuated on May 21,1945, and was given three purple heart ribbons.

It’s unclear how many people Desmond saved while on Hacksaw Ridge, which led to an argument between the recovering Desmond and his superiors. His superiors credited him with well over a hundred rescues, but Desmond refused to acknowledge the number and said he only saved around fifty. They met in the middle and agreed to have it reported as seventy-five rescues, which is still a very amazing achievement.14 Shortly after the end of the war, on October 12, 1945, Desmond Doss received the Medal of Honor from President Harry S. Truman. The Medal of Honor is the highest award a military person could receive and for the first time in American History a Conscientious Objector received it for his heroic deeds. Shortly after, Desmond’s commanding officer handed him a burned and soggy Bible that was actually Desmond’s. Apparently, after the Allied victory, every abled body man searched the battlefield for it and eventually found it.15

Desmond, however, suffered the consequences of the war for the rest of his life. Desmond was unable to continue his carpentry career when he got back to the United States, due to the fact that his arm was completely busted and never fully recovered. The next year after the war, in 1946, Desmond developed Tuberculosis, most likely contracted while in the Battle of Leyte. Desmond battled Tuberculosis for five and a half years, resulting in the loss of one of his lungs and five ribs.16 Desmond lived his life peacefully with his family on his farm in Alabama all the way until 2006, when he died of lung complications at the age of 87. Desmond’s courage and compassion will never be forgotten. Corporal Desmond Doss will always be remembered throughout history as the man that ran to danger, not for glory, not for greed, and not for himself, but instead for others and the ideal that everyone deserves the right to live.

I am an History major with a focus on Education at St Mary's University in San Antonio. Graduating class of 2024. I am also from San Antonio, Texas born and raised. I always loved history and sports growing up. I didn't have the body for sports so I decided to pursue history instead. I love watching football and basketball with the family. I also love talking about interesting things I learned with them.
Author Portfolio Page