The Courageous Work of Americo Paredes 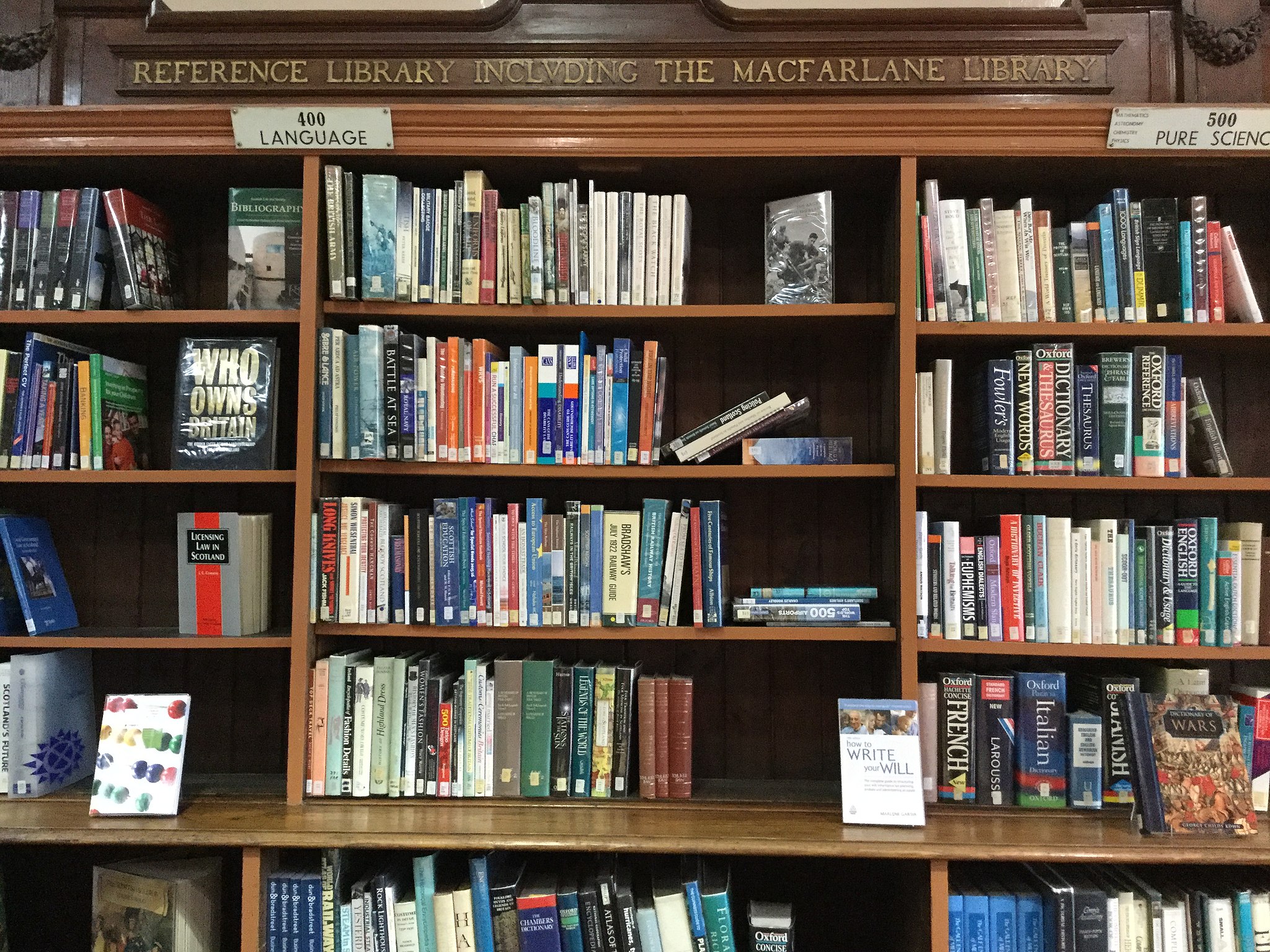 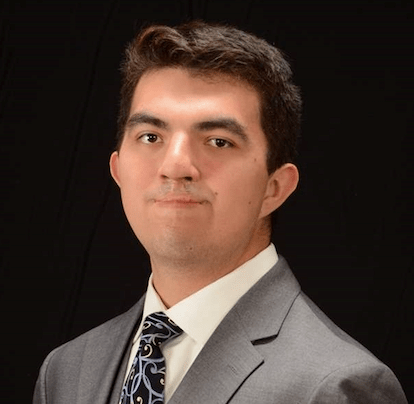 Chicano folklore author Americo Paredes just might be a patron saint of Mexican-American empowerment. Unhappy about how Mexican Americans were being treated and often tormented by Anglo Americans, he began to write about it in a descriptive and moving way in the 1950s. Paredes today inspires others to hear and feel the border tension and cultural differences in his writings. The topics of his many books have been about “The Chicano Movement” that struggles to be heard from the oppressed Mexican Americans dating back to the Treaty of Hidalgo of 1848. Paredes’ book With a Pistol in His Hands helped shine a light on a corrido “border ballad” that he grew up hearing as a young boy. Americo Paredes’s work was written before the civil rights activism of the 1960s, Americo often claims that the 1960s promoted his works, showing the struggles of the Mexican Americans before the change took place, which promoted Americo as a writer. Paredes’s writings all reflect the common human needs and concerns of Mexican Americans, making him a recognized leading scholar of Mexican-American and Chicano folklore.

Paredes dreamed of being a professor, despite thirty-five years of difficult roads he faced in his young life. He enrolled at the University of Texas in Austin to complete his bachelor’s degree in 1951, then continued to earn his masters degree in 1953, and completed his doctors degree in 1956. The subject of his dissertation focused on the Corrido of Gregorio Cortez, a Texas American folk hero. Paredes made the decision to find the truth about this controversial character. He commented, “I was very much aware… I was not the only one who believed that what we were taught in school at the time and what we knew in our hearts and what our parents told us was different than our heritage was not given the respect that it deserved. The thing was that most of what people knew was in corridos, in legends, and in oral history. And I wanted to bring these things to the majority.”1

The Corrido of Gregorio Cortez is about a Texas-Mexican folk hero who lived at the turn of the twentieth century. Cortez was born on June 22, 1875, on a border ranch between Matamoros and Reynosa in Tamaulipas, Mexico. He and his brother Romualdo were farming a piece of rented land near Kenedy in Karnes County, Texas.  Sheriff Morris and two deputies rode to the pursuit of a horse thief, eventually leading to the Cortez property. Since the sheriff spoke no Spanish, he relied primarily on his deputies as translators. The translator wasn’t proficient in Spanish either, and there was a translation error involving the Spanish word for a “mare.” The sheriff shot his brother and tried arresting Gregorio. Gregorio Cortez then shot and killed Sheriff Morris out of self-defense and soon fled, knowing that he would not get a fair trial in that region of Texas, due to his killing a law enforcer as well as the general prejudice against Mexican Americans in the region.2

Paderes proposed that the border folk along the lower Rio Grande region not only preserved the best qualities of the Spanish ballad tradition, but also took it to another level when they began to sing of themes related to cultural conflicts.3 Paredes’s biographer Manuel Medrano writes, “He encountered during his research that Mexicans along the border who helped Cortez with water or food were severely beaten or hanged. His mother, as well as his family, were harassed and jailed. An innocent thirteen-year-old Mexican boy was hung because he was believed to be in a gang of Cortez, which did not exist. All of this injustice was done with over one hundred men consisting of Texas Rangers, sheriffs, and posses during their search for Cortez.”4

“Paredes’s research uncovered cultural differences that did not put the Texas Rangers in a good light, along with another folklorist Walter Prescott Webb. Paredes researched the corrido from the Mexican-Texan view, not the Anglo-Texan view.”5 Paredes showed us why and how oppressed people go immediately to the very mechanism that has been used to ridicule and dehumanize them in order to turn them around.

Speaking about how the Corrido of Gregorio Cortez related to his own lived experience along the border, Paredes writes, “The classic study of a border world that I knew well but was the molding influence for me: it was the answer to the silencing of our voices, the stereotyping of our culture, and the reification of our history.”6  Americo Paredes has been quoted before as having said, “It happened that my dissertation was written in the English Department. It is a strange thing too because it is about a Mexican hero, a ballad in Spanish, and much of my research was done in Spanish, yet, they accepted it.”7 Paredes received his doctorate in 1956, making him the first Mexican American to receive an English degree at the University of Texas in Austin.

A visiting professor, Stith Thompson from Indiana University and head of the folklore program there, helped sway the approval of the dissertation committee. “He championed Paredes’ work on a campus that had not been known for enthusiasm toward Mexican-American scholars or students.”8 Professor Thompson then suggested to Paredes that his manuscript be sent to the University of Texas Press to be published.

The director of the University of Texas Press appreciated the manuscript that was sent to them for approval. He would approve the publication of the manuscript with the condition that edits be made to it before they could approve it. Commenting on the requested edits, Paredes remarked, “Most of the changes targeted comments made about J. Frank Dobie, Walter Prescott Webb, and the Texas Rangers, in addition to suggesting that the manuscript be shortened by one-fourth to one-third.”9 Paredes did reflect on the suggestions that were made toward his work before he responded to them about the publication of the manuscript. Paredes didn’t make the edits suggested, but instead, after negotiations with the University of Texas Press, it was approved to be published. Paredes later said that if he had accepted all of their suggestions, “there would be nothing left but a pretty story.”10

The sales of the book had a slow start. It took about ten years to see royalties, since one thousand books needed to be sold before he would see a penny. Paredes recalled that when his book was published, “Chicano literature, as such, did not exist, but there was a great deal of writing being done by both Mexicans who had moved to the United States and native Texas Mexicans, which at the time was not recognized… What made the difference was that they write in Spanish and did not have the impact they might have had had they been written in English.”11

Ten years after the book was published, the sales increased dramatically. The Chicano Movement in California led Chicanos to embrace the book when they discovered it. Many of the Chicanos in Texas heard of the book and started to purchase and read the book as well. According to a colleague of Paredes’s, his assumption of the “conflict–cultural, economic, and physical” has always “been a way of life along the border between Mexico and the United States.”12 Many Chicanos believed the book was important to the movement.

The comments and reviews for With His Pistol in His Hands were generally positive. George I. Sanchez, a professor in the Education Department at the University of Texas at Austin and author of The Forgotten People, wrote a letter to the press’ director Frank Wardlaw. Sanchez called it “a beautiful work, … a courageous work of Paredes and of the Press. I congratulate both. It is too, a constructive pioneer job that can lead to spectacular enrichment of Texas culture… This opens horizons in Texas culture only dimly explored in the literature.”13

It was evident that Paredes’ persistence and exhaustive work on the book With His Pistol in His Hands were being recognized in the states. Americo Paredes continued to write throughout the rest of his life literature that reflected the life around the border.

“Try not to become a man of success, but rather try to become a man of value” ~ Albert Einstein Hello, my name is Anthony Coronado, born and raised in San Antonio. I am currently pursuing a major in Physics at St. Mary’s University. Having achieved the rank of Eagle Scout from the Boy Scouts of America, I very much value service to the community. City Public Service has maintained my interest in science, while interning with the company. My interest and activities are best influenced by the outdoors and with music.
Author Portfolio Page