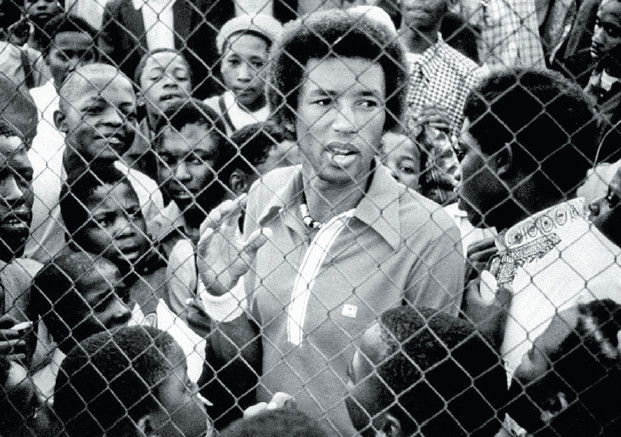 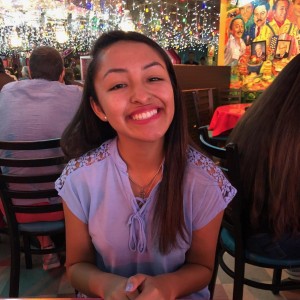 In the summer of 1943, one of the greatest tennis players in the world was born. His name was Arthur Ashe, and he didn’t know it at the time, but he would grow up to make history. In 1968, at the age of twenty-five, Ashe became the first African-American man to win the US Open. He began dominating the sport of tennis and furthered his success by winning three Grand Slam titles. However, his greatest and most difficult match didn’t take place on the court at all, but rather in South Africa during the seventies.

Life for an African American was difficult enough in the United States, particularly because of the racial segregation of the time. At a young age, Arthur Ashe experienced the effects of racism in his hometown of Richmond, Virginia; he found the discrimination to be something that was part of his everyday life, and he didn’t give much thought to it. As he grew older, Ashe’s encounters with racial discrimination continued to grow. A particular incident during his freshman year at UCLA left Ashe to make a choice that would not only affect him but also his UCLA tennis teammates. UCLA tennis coach, J.D. Morgan, had a meeting with Ashe to explain the issue at hand. The UCLA tennis team had been invited to participate in a weekend tennis tournament at the Balboa Bay Club, located on the California Riviera; however, this club was deemed a “white only” club, and it prohibited African Americans from being part of this exclusive club. Morgan explained that when the invitation had arrived, Ashe was specifically left off the list in order to avoid ruffling feathers. At that point, Ashe was presented with an choice by his coach: “either the team would travel to Balboa without him or they would boycott the tournament and ‘make an issue’ of the exclusion.”1 Ashe’s final decision was to let the team go on to play in the tournament without him. He felt that by participating in a boycott, he would be placing his fellow teammates in an awkward position, which was something he did not want to do. In that moment, Arthur Ashe realized that fighting for what he believed in as well as playing the sport he loved the most would not be as simple as it seemed, and he would encounter the same issue a few years later.2

Ashe tried his best to find a balance between tennis and politics, and it was no easy task. Following his groundbreaking 1968 win at the US Open, Ashe began getting questions about racism in general, and about South African apartheid in particular. The term apartheid means “separateness” in the Afrikaan language. Apartheid refers to the notorious South African system of “rigid racial segregation, through which the ruling Afrikaner-based National Party (NP) attempted to create separate cultural, political, and social spaces for white, African, Indian, and colored (mixed race) South Africans.”3 At the time, Ashe was a quiet man, known for trying to stay out of conflict. He tried to be as clear as possible with his statements regarding apartheid so that there would be no speculation on his political views. However, his statements would come back to haunt him during an important and crucial time.4 Not long after his interview, Arthur Ashe became one of the leading voices against the harsh apartheid policy in South Africa. His firsthand encounter with the South African government took place when he applied for a travel visa so that he could participate in the 1970 South African Open. A fellow tennis player, Cliff Drysdale, who was from South Africa, warned Ashe about the low probability of being allowed into the country due to his race. At first, Ashe didn’t believe Drysdale, but after his application was rejected not once but twice, Arthur Ashe began to see the issue at hand.5

The strict apartheid policy in South Africa was put into effect in the late forties and early fifties. The major objective of the apartheid system was “to prepare, to program, and to destine young blacks…for a lifetime of servitude.”6 As mentioned previously, Ashe had spoken out against the apartheid policy in South Africa at the time. Learning about Ashe’s increasing activism and anti-apartheid statements, the South African government claimed that his actions provided cause for the prime minister to deny his request for a visa. In 1969, Arthur Ashe, along with other African-American athletes, were placed on a list of individuals who had been barred, or prevented from entering, South Africa. In the wake of being barred, Ashe took this opportunity to speak up and use his status as a professional athlete to argue for some form of punishment towards South Africa for its racial practice of apartheid. Ashe tried to convince his fellow teammates, who were all white, to protest alongside him, but many expressed little or no interest to assist Ashe in his fight for change. A majority of people thought that Ashe’s decision to fight to play tennis in South Africa was not a good idea from the start. In addition to this, racial activists in the United States were angered at how Ashe had his attention focused solely on the discrimination in South Africa and not on the discrimination his fellow black men and women were facing back home. Ashe had his own personal reasons for becoming an anti-apartheid activist. He viewed the actions of South Africa as an offense directly to himself and to his career. Ashe saw this situation as a way to speak up for those who couldn’t, and one way he did so was by participating in several protests, some occurring in Washington D.C. Ashe viewed his participation in these protests as his direct contribution to the citizens of South Africa, hoping that it would create a path for equality.7

About four years after Ashe’s head-to-head match began with the South African government, he was ultimately granted a visa in 1973. Before he agreed to play in the South African Open, Ashe made a special request. He specifically asked for the attending crowd to be seated in an unsegregated fashion; his request was granted. The day of November 26, 1973 was one of the most significant moments in Arthur Ashe’s life; feeling the pressure to perform his absolute best, Ashe managed to make it all the way to the finals, in which he played against fellow American tennis player, Jimmy Connors. Although Ashe did not win the match, many of South Africa’s citizens, specifically the young black boys, looked at him with great respect and awe.8 However, Ashe’s tennis playing in South Africa was not finished just yet; the following day after losing to Jimmy Connors, he and Dutch tennis player Tom Okker played together to win the doubles championship of the South African Open.9

While Arthur Ashe continued to be a voice for the anti-apartheid activists, he was still training and winning tennis championships. Prior to playing in the South African Open in 1973, Ashe participated in the Australian Open on January 26, 1970; he went head-to-head with Australian tennis player Robert “Dick” Crealy in a match that was struck by bad weather. The wrath of Mother Nature proved to be no problem to Ashe,as he went on to defeat Crealy in two straight sets, making this his second Grand Slam title win. In 1975, Ashe met defending champion Jimmy Connors on the tennis court for a second time, when both men battled for the Wimbledon Grand Slam title. At one point, it seemed that Connors would definitely take home the title but Ashe stopped that real quick. After breaking Connors’ serve two times, he had finally done it: Arthur Ashe won his third Grand Slam title as well as becoming the first African-American man to win the singles title at Wimbledon.10. Arthur Ashe had several major accomplishments in the tennis world that created a long-lasting legacy for him and that’s what he is most often regarded for. However, his perseverance in his four-year head-to-head match with the South African government is an aspect of Ashe’s life that is often overlooked, but not anymore.