Dorothea Lange: Pictures Are Worth A Thousand Words 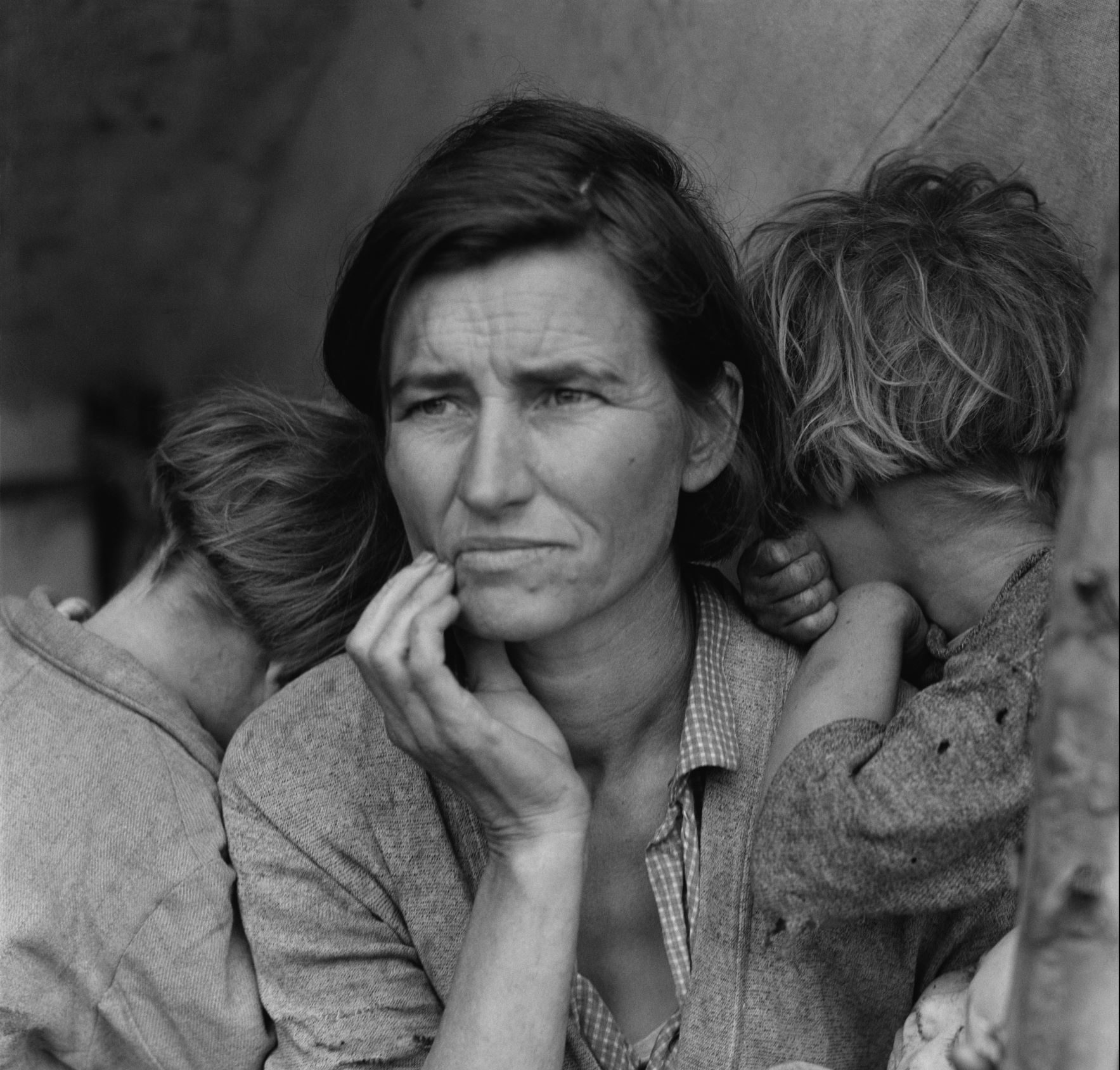 What can a single image possibly say about our complex world? Of course, one picture can’t possibly capture everything. All of the tragedy and despair or all of the celebrations and joyful moments can hardly be captured in a million pictures. So, what difference can one picture really make? Documentary photographer, Dorothea Lange, set out with a simple goal in mind: to document the lives of the ordinary people in the world around her. In doing so, she inadvertently brought about drastic change through the increase of awareness of poverty and the conditions people were forced to endure. Lange influenced millions through the use of one single picture, and, that influence has and will continue for decades in the future.1

Lange found her life’s work and passion as a photographer in the 1930s, following the path of a common photographer in capturing people’s portraits and selling them to make a profit. While she enjoyed her work and was obviously very skilled, she always thought of herself as more of a historian than a true artist. As her career in portraiture continued, she improved her skills and came to open up a studio of her own in San Francisco, California. Here, she continued to perfect her craft, and she shared her talent with those among the wealthier classes of her society. It didn’t take long, however, for her to realize that her picture-taking skills could be used for much bigger, much greater, and overall, much more important things.2

In the midst of her successful portrait-focused career, the Great Depression struck and ravaged the lives of Americans far and wide. Lange, who originally, “would have thought it enough to take a picture of a man, nothing more,” quickly came to readjust her mindset upon seeing the pain in the world around her, and instead, decided that she “wanted to take a picture of a man as he stood in the world.”3 In 1933, a time in American history categorized by increasing tension and unbearable poverty in the lives of the average worker, Lange made what would come to be a life-changing decision: a drastic change in her creative mindset from elegant portraits to exposing the conditions of poverty. This single change in her life led her to become, undoubtedly, one of the most influential documentary photographers of the Great Depression.4

In May of 1935, with her newfound purpose of documenting the suffering around her, Lange became an employee of the Resettlement Administration (RA), later known as the Farm Security Administration (FSA). The goal of the RA was to bring to light the struggles of rural poverty in the country through the use of photographs. They found that sharing the conditions and hardships of life through photographs was much more impactful than any written reports, because the audience could see situations with their own eyes, which they may not have ever had the chance to see. The RA used this method of documentary photography because they recognized how powerful it could be and they needed to gain support for their projects. Lange’s job with the RA was demanding and required her to travel across the country to places that many had never heard of or even knew existed at all.5 Needless to say, she completed meaningful work and had many adventures throughout her time with the RA.

On one such adventure, on a rainy day in March of 1936, Lange had just finished another one of her photography excursions in California, and had packed up all of her equipment and supplies to begin her more than seven-hour drive home to her family. The drive started off dull and uneventful as she pushed ahead in the pouring rain. Occasionally, there were other cars and signs on the side of the road, but nothing out of the ordinary for the small San Luis Obispo County road. “PEA-PICKERS CAMP” one sign read. She considered stopping, thinking she would document more of the harsh conditions in the rural area, but instead, decided against it, knowing she still had a long trip ahead of her. While the sign and the camp became further and further behind her, they never left the forefront of her mind.

As she drove on, she thought to herself, questioning what could have been so special about that camp. It was just another pea-pickers camp, like the others she had already seen and taken pictures of. Why should she care about another one? It couldn’t possibly be that different from the ones she’d already seen. She would probably just drive in to find the same suffering and poverty she’d seen at the others. What difference would it make if she just drove past this one camp? Nobody even knew it existed anyway, so it wouldn’t make a difference, right? After getting lost in this inner argument, trying in every way possible to convince herself why she should not turn around, Lange almost unconsciously made a U-turn twenty miles past the sign and began to drive back to the camp.6

Upon reaching the camp that she had almost convinced herself to leave behind, Lange was drawn to one woman in particular. She didn’t ask for the woman’s name, or anything about her history or how she came to work at the pea-picker camp. Lange simply saw this kind of information as irrelevant to achieving her goal, which was to highlight the horrendous conditions and intense poverty of the Great Depression. While she didn’t learn much about the woman, she did learn that she was a mother of seven, living in a makeshift tent surviving mostly on frozen vegetables and small birds. The woman and Lange talked briefly, and then Lange proceeded to take a total of five pictures of the mother and several of her children, later saying, “There she sat in that lean-to tent with her children huddled around her, and seemed to know that my pictures might help her, and so she helped me. There was a sort of equality about it.” After spending a brief ten minutes at the camp, with the limited amount of information Lange had on her subjects, and a grand total of five pictures, Lange once again packed up her supplies and continued on her long trip back home.7

Lange’s intuition to turn her car around that day must have been very powerful. Deep down inside she must have known that her choice to go on or to turn around would make a profound difference in her story and in the lives of millions of those struggling around the world. That one, ten minute stop and those five pictures that Lange almost didn’t get the chance to take, later came to shape her entire career. Those pictures are the reason she is remembered to this day, the most famous being titled “Migrant Mother.” This image depicts the mother of seven that Lange met at the pea-picker camp, staring far off into the distance, seemingly lost in thought and isolated, even as she was surrounded by several of her children. Most, if not all, of Lange’s pictures had a recurring theme of separation from society, with an emphasis on the struggling classes and the pain that they had to endure on a daily basis.8 Lange’s “Migrant Mother,” however, displayed this theme so well that it became a symbol of the Great Depression as a whole. The image became an icon of the Great Depression and people in different cultures even began to replicate it to make it relevant to themselves. One picture gave the mother and children Spanish features, while still another gave them black features.9 Her work was so moving that it mirrored the isolated feelings of numerous cultures and became universally accepted and used to try and changed the way these people were being treated. Lange’s “Migrant Mother” slowly became one of the most recognizable and copied images in history.10