Arthur Penn and his creation of the most influential film of its time: Bonnie and Clyde (1967) 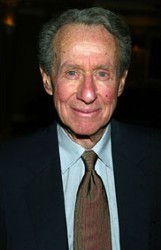 It was summer in 1967, and Bonnie and Clyde the film was the first American movie to kick off the Montreal film festival in Canada. This showing was a huge success as people loved the comedic violence that the film fused together. Bonnie and Clyde film produced a whopping $22.7 million in domestic sales and influenced the audience and film industries as the movie’s content refused to be censored. Arthur Penn, the director, was shocked at the movie’s growing success, due to the challenges involved in getting the film released. The organic way that Penn became a part of the story behind the Bonnie and Clyde film is genuine and raw, as it was another unexpected success story with trials and tribulations throughout its journey.1

Arthur Penn was first associated with the Bonnie and Clyde film when the producer, Warren Beatty, who also played Clyde Barrow, hired him to be the director. He immediately got a feeling of apprehension because he was not fond of creating a film about gangsters.2 What made him finally get passionate about the content of the film was the Great Depression era that surrounded the Bonnie and Clyde duo, and how he remembered seeing the Wanted posters of the original couple during the 1930’s when he was a child. Penn’s vision for this film was not to recreate the violent behavior of the original couple, but to romanticize it to get a better connection with the audience. During the 1960s, going against the norm was always favored, and this film presented two characters who did just that in a way that seemed glorified. A lot of extraneous work was put in to capture action and violent scenes in this film, such as the use of slow motion to create chaotic and graceful movements throughout the major fight scenes. The cameras had to shoot concurrently from the same point, which made it difficult to know when to begin a scene. One of the most complicated special effects that was involved in the violent scenes was how the bullet shots were going to be interpreted. Penn described this extensive process in an interview stating that, “There were bundles of wires going up their legs and a special effects guy would trip them by making electrical contact with nails sticking up in a row connected to a battery. Meanwhile, as the bullets are going, someone else was pulling an invisible nylon line that took off a piece of Warren’s head. They were both going through contortions with their bodies, and all of this filmed in various slow-motion speeds in four cameras.”3 The effects needed to capture the violent scenes would take days due to the preparation process, and people on set would think Penn was crazy for being so specific on what he wanted to capture. Arthur had a vision coming into the film and he had a “no one can tell me I can’t” attitude towards his creation process.4

The film was a surprise to everyone, but Warmer Brothers had something to say about the film. The guy in charge of distribution at Warner Brothers called the film “complete crap,” and debated even releasing the film. After Penn and Warren Beatty pushed for the film to come out, Warner Brothers only let the film stay in theaters for a week with minimal promotion. There were also critics who disliked the film due to their misunderstanding of what the film was supposed to encapsulate. Bosley Crowther was a well known New York Times critic, who already had a vendetta against violence in films. He first saw Bonnie and Clyde at the Montreal Film Festival, and immediately was ready to do his damage on the creation. Crowther succeeded in bashing the film but did not prepare for the interaction of the people sending letters to the New York Times. Even after seeing people supporting the film, his critique persisted, but this only created more positive fan mail.5

Through all the negativity, there was plenty of positive feedback that came from this film being released. This movie was said to be one of the most popular and influential films of the 1960s. The Bonnie and Clyde film was unapologetically graphic and open towards violence and sexual content, which would later impact many other films after it to follow the same bluntness in the creative process. This film caught the attention of the youth, due to the rebellious nature of Bonnie and Clyde, and teens were asking to watch the film even when it wasn’t showing in the theaters anymore. The success continued with an impressive amount of awards given for this movie including, Academy Awards and Oscar nominations for best supporting actress, in addition to Penn getting an Oscar nomination for best director.6 Arthur Penn unfortunately died of congestive heart failure in 2010, but the legacy of Bonnie and Clyde will live on forever. It is said that only Penn could have combined the 1930s and the 1960s in such a successful and collaborative process. Bonnie and Clyde is a unique, well thought out picture, and Arthur Penn had a piece of it.7