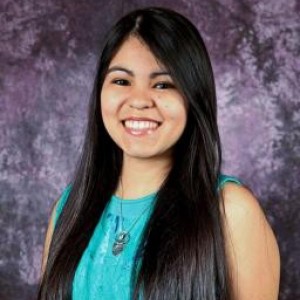 The success of the Assyrian empire was not mere luck on the part of the Assyrian army. It was quite frankly anything but luck. They were considered the most efficient military force up until the time of their fall in 612 BCE. The Assyrians were known to be absolutely ruthless. Factors contributing to their success included their professionally trained army, their engineering skills, their well-developed tactics, and their all-important use of iron weaponry. Although use of iron for weaponry had already been capitalized on, the Assyrians are considered the first to take full advantage of the Iron Age.1

Previous to the use of iron, most weapons were made of bronze. Therefore, a majority of the Assyrians’ enemies were fighting with bronze weapons. The process for crafting these weapons out of iron required a quite different process than that of making bronze weapons. Iron, unlike bronze, needs to be heated and hammered. The Assyrians were lacking in resources and are believed to have been forced to master iron metallurgy rather quickly. Not only did making these weapons require new techniques, but also more time. Fortunately for the Assyrians, the use of iron increased the quality of armor as well as weaponry. While the use of iron made shields and helmets much heavier, it also allowed for greater protection.2

One of most notable weapons used by the Assyrians included the chariot. The chariot, originally a simple carriage drawn by donkeys, was introduced with horses by the Hyksos invaders of Egypt around 1700 BCE. The chariots were especially important for battlefield warfare because of their speed. Armor was most often worn by the chariot crews.3 Standard armor included a tightly fitted short sleeve jacket protecting the body and arms, as well as a loose skirt protecting the legs. The skirts were of different lengths; they could have been ankle length, thigh length, or slightly shorter. The full coat of armor was heavy, and for this reason, the armor was made into separate sections, making the weight better distributed.4 In addition to the body armor, Assyrians wore helmets of two types: pointed conical helmets and crested helmets.5

Often used by the Assyrians were daggers, which were different from what most would identify as a knife in that they have two cutting edges rather than one. Also used were swords. Similar to daggers, swords had two cutting edges, but were often larger in size. While a dagger was normally fourteen inches in length or less, a sword was often longer than twenty-eight inches. Remains of spearheads were found in more abundance than that of daggers and swords. Spearheads were essential to the Assyrian army. Spearmen served as the frontline troops in battle. While there are artificial remains of several different types of spearheads, they are nearly all made of iron.6

There is only a small quantity of artifacts from Assyrian military. Therefore, it is possible that part of the reason Assyrians were such a successful military force may remain a mystery. What can be said is that the Assyrians were militarily tactful, and masters of metallurgy. Eventually their lack of resources and size resulted in their fall; however, in history they will always be remembered as the strong, keen military force they were.