Bastet: The Egyptian Goddess of Protection… And Much More 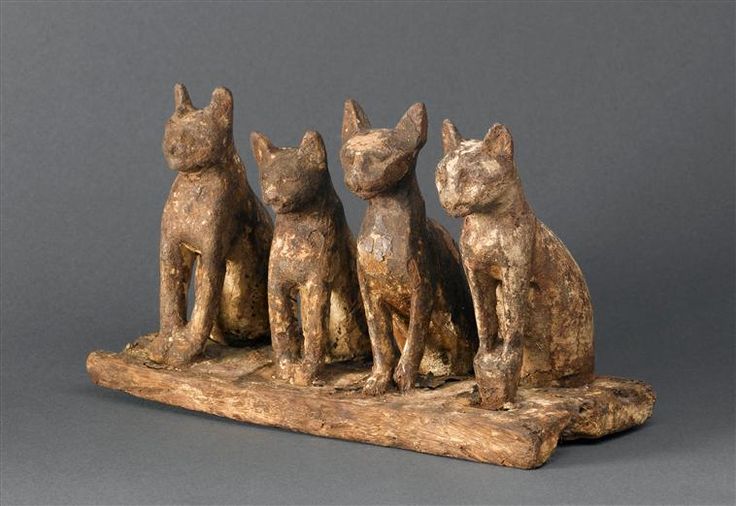 Bastet, also known as Bast, was an ancient Egyptian goddess who originally had the role of protecting the Pharaohs. The inhabitants of the lower Nile depicted Bastet as a savage, lion-headed deity. After 1000 BCE, the Egyptians altered her image to the body of a woman and the head of a domesticated cat. Along with her change in appearance, she was also transformed into a peaceful and approachable deity. Instead of Bastet protecting Pharaohs, she was now a nurturer and protector of all households. Families soon began to invite cats inside their homes, thinking that they brought with them the spirit of Bastet. They worshiped these cats because they also hunted mice, snakes, and other pests that ruined their crops and their perishable goods. Bastet’s role as a goddess was further altered when she acquired the trait of fertility. Women would purchase pendants with Bastet and multiple kittens to enhance their fertility.1

Statues and depictions of Bastet vary. She transforms from a beast with a female lion’s head, to a woman with the head of a cat, to a regular black cat with kittens who sometimes held a rattle. Some thought the rattle was actually a musical instrument called a sistrum. Because of this, Bastet was also associated with music and dance. Soon after the sistrum was added to Bastet’s image, the Egyptians used the instrument at festivals where they would worship Bastet. Then, Bastet was depicted wearing a decorative dress, carrying the sistrum in her right hand and a shield in her left, with a bag over her arm.2

The Egyptians had an explanation for why she was transformed from a savage beast to a fertility and music goddess. Bastet was the daughter of Ra, the sun god who was vengeful. From him she got her aggressiveness. Her mother is unknown, but the Egyptians suspect that Ra sent young Bastet to Nubia as a lioness in isolation. There she was able to let out her rage, and then wander back to Egypt as a docile cat. Later an unknown king proclaimed that Bastet was his mother. Egyptian women then believed worshiping her would provide them with many children, as house cats would typically have up to twelve kittens; and one of her sons became king. Experts believe that the baby rattle was mistakenly interpreted as a sistrum, which led to her being known as a music and dance goddess.3

In depictions of wars on the walls of palaces, she was portrayed as a lion, and in homes she was a cat. Although Bastet was a goddess with many traits, that was not all that uncommon. In ancient Egypt gods and goddesses often served more than one purpose. Along with her most common traits, she was also thought of as the goddess of the sun, which she inherited from her father, as well as the goddess of physical pleasure. It was even believed that if a cat ran through a fire, the fire would be put out; therefore, she became the deity of firefighters.4

It is undeniable that Bastet was highly respected. Experts are still unable to determine when Egyptians first began to worship her as well as when her presence faded. Many statues of Bastet and mummified cats have been discovered along the lower Nile, which has led experts to believe that festivals were held there in her honor and locals worshiped her to the highest degree. Although she did have many roles, she is best known as the goddess of protection.5

“His totem animal in black onyx

erect on her haunches poised and aware

he brings in a dream that I might learn

cats are cats and gods—slit-eyed in the sun

in darkness with dilated iris she sees

protector I hope though at times in the night

I tense at her wild amorous cry…”