Deaths, Deformities, and Illnesses: The Consequences of Agent Orange during the Vietnam War 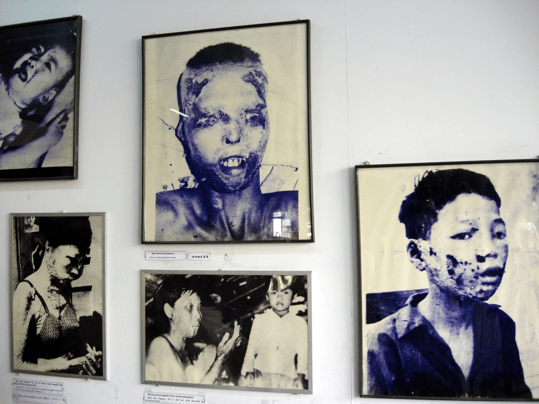 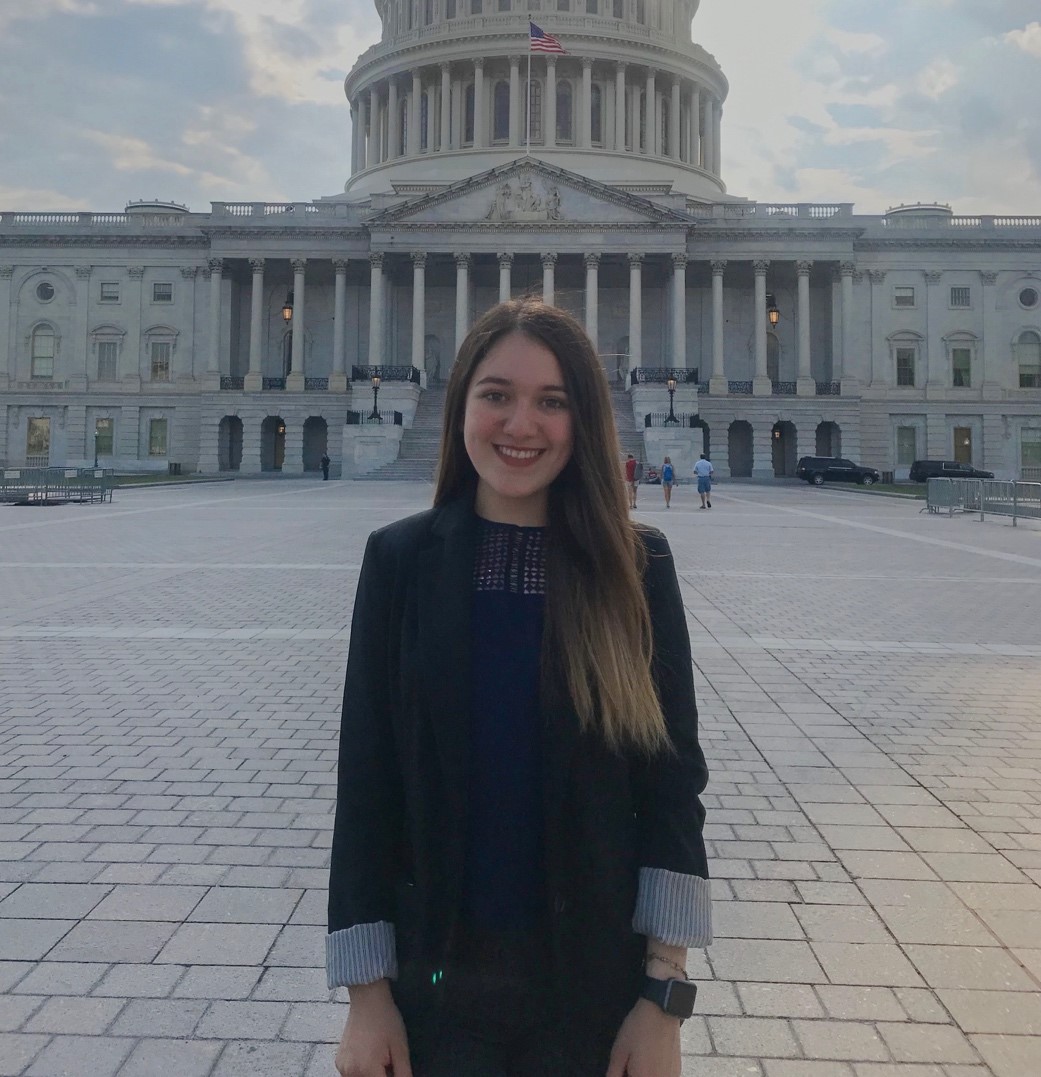 Herbicidal warfare became popular when the United States Army decided to use it to weaken the enemy during the Vietnam War. Herbicides are chemicals that are toxic to plants and help destroy unwanted weeds that compete with crops for water, sunlight, and nutrients. The U.S. Army sought to create a unique herbicide that would destroy vegetation as a way of reducing food supplies and clear tall grasses from the outskirts of U.S. base camps for visibility in Vietnam.1 As U.S. Army wartime government contractors, Monsanto Company, Dow Chemical Company, Diamond Shamrock, and other manufactures produced what became known as Rainbow Herbicides. The government set the conditions for making each herbicide, along with how they were to be used.2 The herbicides were named according to the colored stripes on their containers, such as Agent Blue, Agent Green, Agent White, Agent Yellow, and Agent Orange. Nonetheless, Agent Orange was the most widely used herbicide in Vietnam. The ingredients of Agent Orange consisted of two equal amounts of plant-growth regulators developed during World War II, 2,4-dichlorophenoxyacetic and 2,4,5-trichlorophenoxyacetic. However, during the production of Agent Orange an unexpected event occurred, it was contaminated by 2,3,7,8-tetrachlorodibenzo-p-dioxin, a type of dioxin also known as TCDD. Unaware of this pollution, the U.S. army began to test and utilize Agent Orange.

Dioxins are produced through various incineration processes, such as the burning of waste, oil, or coal that is then released into the air. Dioxins last many years in the environment, specifically in soil and bodies of water, which lead to human exposure through foods, including fish, poultry, and other meats. The TCDD-dioxin was one of the most toxic substances known to humankind. Exposure to TCDD could fluctuate cell growth and hormones and affect the reproductive system. TCDD-dioxin had both short and long-term effects. Short-term exposure could cause liver problems, chloracne – a type of acne-related skin disease, and darkening of the skin. On the other hand, the long-term effects included nerve disorders, type 2 diabetes, cancers, and heart disease.3 Research of human studies also showed that exposure to Agent Orange dioxin was associated with birth defects, such as missing limbs, cleft palate, and missing facial features.4 Additionally, dioxin could remain present in the human body for eleven to fifteen years, but might last as long as twenty years.5 For this reason, in 1997, the World Health Organization included the TCDD in Agent Orange as carcinogenic (cancer-producing) to humans. Three years later, the U.S. Environmental Protection Agency (EPA) claimed dioxins contained in Agent Orange were “potent and persistent animal toxicants with potential to cause widespread human health effects.”6 Overall, the total dioxin in Agent Orange dropped in Vietnam amounted to 366 kg, also being the world’s largest dioxin contamination.

The U.S. Army conducted the first domestic tests of Agent Orange during the 1950s at Camp Drum, New York and at Eglin Air Force Base, Florida. Then, during the fall of 1961, President John F. Kennedy authorized the first field tests in South Vietnam.7 Agent Orange was only tested or stored inside and outside U.S. military bases. Within the U.S., the Department of Defense (DoD) reported conducting tests, disposing of, or storing these Rainbow Herbicides in Arkansas, Florida, Georgia, Maryland, Tennessee, Texas, and Utah. Locations outside the United States consisted of Cambodia, Canada, Johnson Atoll, Korea, Laos, and Thailand.8

After a year of testing, on September 25, 1962, President Kennedy approved for Agent Orange to be sprayed on Vietnamese food crops and forests. The use of Agent Orange became a ten-year chemical warfare between 1962 and 1971 known as Operation Ranch Hand. It was sprayed throughout Vietnam, Cambodia, and Laos. The process of this herbicide was to be stored, then put into spraying equipment, and finally sprayed or spilled with airplanes, boats, truck, or hand-sprayers.

The TCDD-dioxin in Agent Orange negatively affected U.S. veterans stationed in Vietnam, Korean-Vietnam veterans, and Vietnamese soldiers and civilians. During these ten years, as many as four million people were directly sprayed. After the war, many veterans reported returning home and having multiple children with defects.9 After much research, studies found that the TCDD-dioxin in Agent Orange was associated with several diseases common to those exposed to it. Agent Orange-associated diseases include Hodgkin’s Disease, Multiple Myeloma, Parkinson’s Disease, Prostate Cancer, Respiratory Cancers, Soft Tissue Sarcomas, Chronic B-cell Leukemias, Chronic Lymphocytic Leukemia, and many others.10

In 1968, Dr. Nguyen Thi Ngoc Phuong created a residential nursery and home in Tu Du Hospital for handicapped babies that were affected by Agent Orange. She had preserved dozens of deformed fetuses to use as evidence of the negligence that former South Vietnam and U.S. government had on the side effects the herbicide contained, which remain at the hospital today.11 Approximately four-hundred thousand victims were killed or injured by Agent Orange and more than two million people are suffering from cancer and other Agent Orange-associated diseases.12 In 1991, Congress, along with President George H.W. Bush, passed the Agent Orange Act, establishing that any veteran who served in Vietnam for any amount of time and suffered from any Agent Orange-associated disease is eligible for healthcare and disability compensation.13 The Vietnamese victims did not receive any compensation from the U.S. government or manufacturer that created Agent Orange for thirty-six years. It was not until 2007 that the U.S. Congress funded nine million dollars for cleanup of sites exposed to herbicides, including Agent Orange.14 This was possible through the help of the Vietnam Agent Orange Relief & Responsibility Campaign, consisting of a national coalition of veterans, Vietnamese American, and other community leaders, in their lawsuit against the U.S. chemical companies. Today, forty years after the Vietnam War, children born to U.S. Vietnam veterans, Vietnam soldiers and civilians, and their grandchildren are still suffering from Agent Orange. A common birth defect in children of U.S. veterans is Spina Bifida – a defect that occurs to a fetus when the spine and spinal cord do not form properly.15 Meanwhile, in Vietnam, second and third-generation children are unable to care for themselves due to being born without eyes, arms, fingers, legs, and some being born dead.

After more than thirteen million gallons of Agent Orange were sprayed in Vietnam by the United States, it was suspended by Congress on April 15, 1970.16 Yet, the former Southern Vietnamese military continued spraying various herbicides left by the United States until 1972. It came as a surprise to many when in 1971, President Richard Nixon was forced to release government-sponsored research data that proved one of the herbicides in Agent Orange caused “extreme birth deformities in lab animals” and harmful reproductive defects. Evidence showed that major manufacturers, including Dow Chemical, knew that this herbicide had a higher concentration of dioxin contamination, yet refused to inform the government “to avoid regulation and loss of profits.”17 Then, in September 1971, the American Chemical Society found that the TCDD-dioxin in Agent Orange showed “patterns of absorption and of distribution among organs were beginning to emerge,” later confirmed by the National Institute of Environmental Health Sciences in North Carolina.18

Controversies arose during the early and mid-1970s when U.S. Vietnam veterans began to notice a correlation between their unexpected diseases and their exposure to Agent Orange. In 1977, a Vietnam Veteran by the name of Charles Owen became the first predicted victim of Agent Orange to die of terminal cancer. A year later, Paul Reutershan, a former helicopter chief during the Vietnam War, appeared on the Today Show and said that he was told by the U.S. Army that Agent Orange was “nontoxic to humans and animals.”19 That same year, Paul died of pancreatic cancer. It was not until 1978 that Agent Orange was completely destroyed in the United States and all around the world.

Before Paul’s death, he was convinced that his cancer was linked to being exposed to Agent Orange and urged Edward Gorman, a personal injury lawyer, to file a lawsuit in a New York State court against Dow, Monsanto, and Diamond Shamrock.20 While forming a class action lawsuit, Paul reunited with two other Vietnam veterans, Frank McCarthy and Jimmy Sparrow, and formed the Vietnam Veterans Agent Orange Victims (VVAOV), a non-profit organization that helped veterans and families who were affected by Agent Orange, known today as the HonorBound Foundation.21 The lawsuit was officially filed on January 8, 1979, in the U.S. District Court for the Southern District of New York in Manhattan, addressing five chemical manufacturers responsible for the production of the chemicals of Agent Orange. Six years later, the parties reached and approved a settlement that obliged the chemical manufacturers to fund $180 million for those disabled and the survivors of deceased veterans over ten years and help the needs of the members of the class suit.22 To this day, numerous lawsuits are being charged on behalf of veterans who were exposed to Agent Orange, as well as an increase of organizations that help and advocate for Vietnam veterans and their children. The life of Agent Orange began as a promising and trouble-free tactic to help the United States combat the enemy, but proved to have adverse side effects.

I am currently a senior at St. Mary’s University in San Antonio, Texas. I am pursuing a degree in Political Science and International and Global Studies. I dedicate my time to researching and raising awareness about epidemics, injustices, and other conflicts that occur in other countries. Additionally, I enjoy partaking in various on-campus and non-profit organizations.
Author Portfolio Page