Cosimo de’ Medici: A Man of the Florentine People 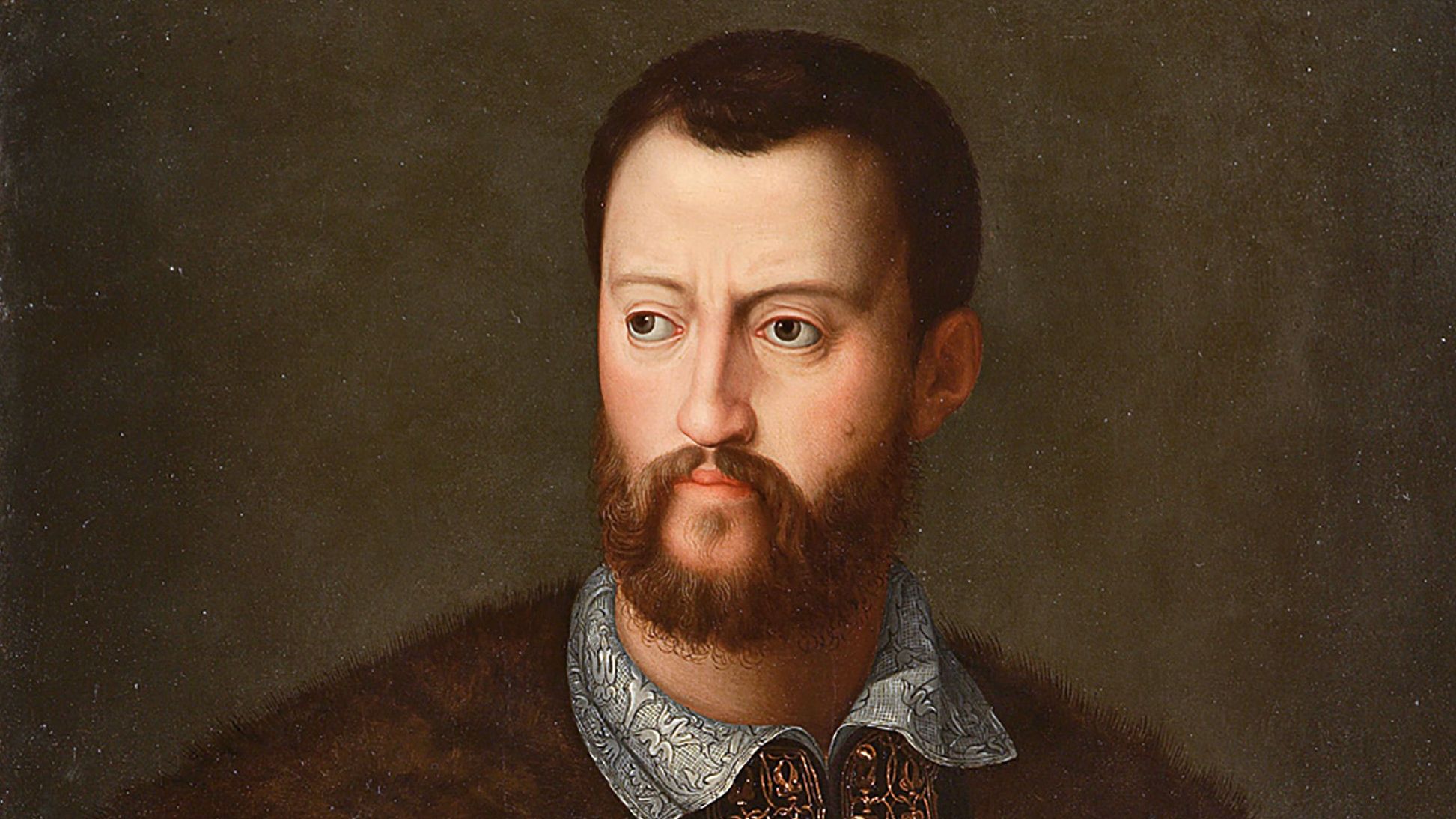 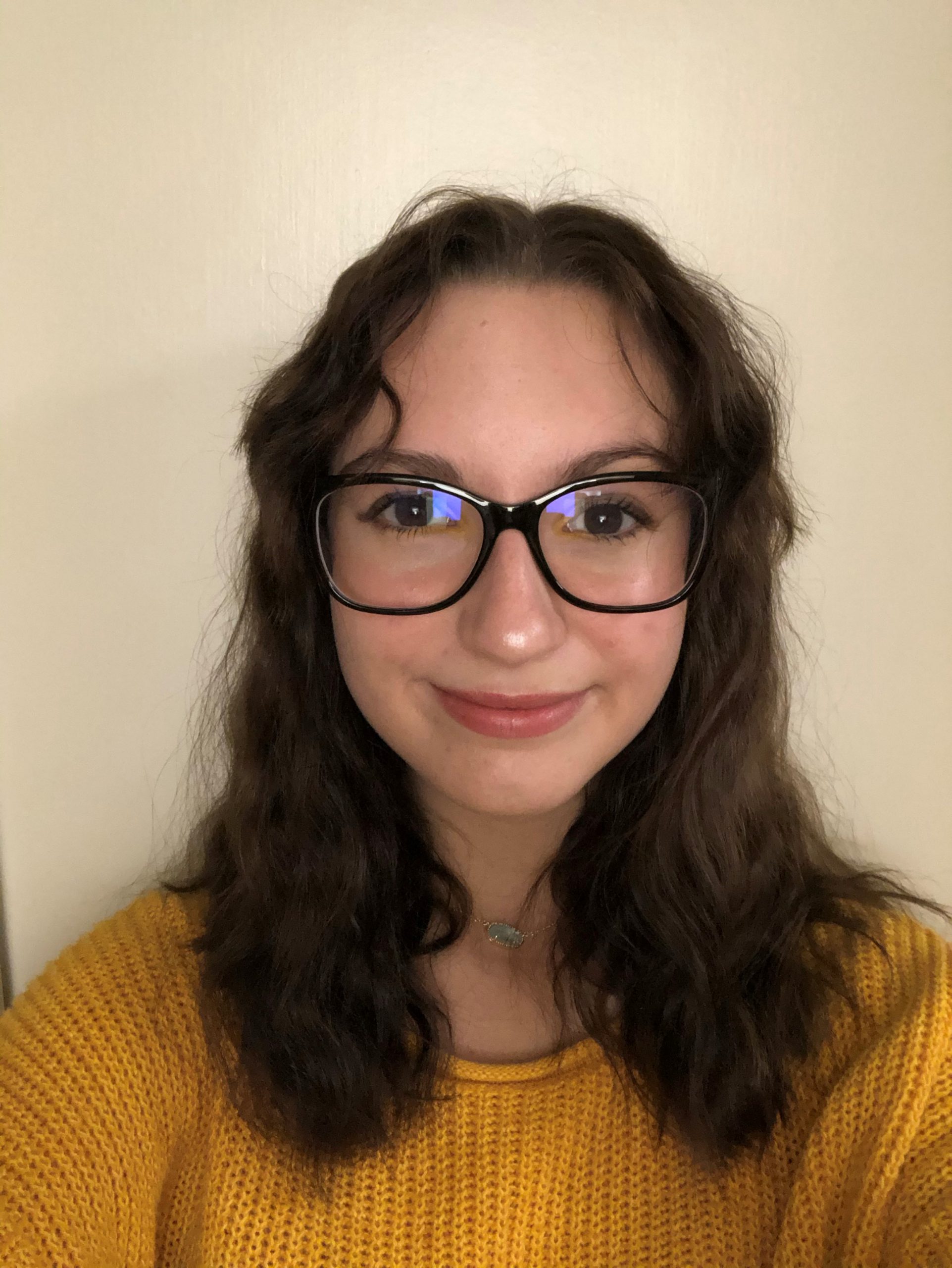 Moving quickly, servants load heavy trunks into wagons and on the backs of carriages. Excitement buzzes through the air, along with whispered words, the heavy breathing of horses, and the clinking of golden coins. The harnesses are secured around the horses while a servant rushes to inform the master of the house that their carriage is ready. Soon, silence falls over the servants as they see their master and his mistress exiting the house, bound to return home to Florence. After a year in exile, Cosimo de’ Medici would finally return home to Florence.

As the eldest son and heir of Giovanni de’ Medici, the responsibility for the Medici Bank fell upon Cosimo de’ Medici, who was born on September 27, 1389. Cosimo and his younger brother, Lorenzo, opened branches of the Medici Bank in Naples, Venice, and Rome using a system of independence that allowed each branch to operate independently from the others. Because of the individuality of the branches, the success or failure of a branch did not affect any of the other branches, thus preventing a total and immediate collapse of the Medici Bank in the case of economic downfall. The Rome branch created ties between the Vatican and the Medici family, which Cosimo and Lorenzo used to establish a relationship with the papacy. Through this connection, the Pope began keeping their papal accounts, containing tithes and loans, in the Medici Bank.1

In 1416, Cosimo married Contessina de’ Bardi as a way to link the fortune of the Medici family to the political influence of the Bardi family. The Bardi family, along with the Peruzzi and the Acciaiuoli families, were the most important Florentine bankers before the Medici became wealthier and more popular. They held political influence within the Signoria and the economy of Florence due to their impressive wealth. However, all three families lost their wealth and power in the financial realm around 1343 after they lost an enormous sum during the Hundred Years War. The families had lent money to King Edward III in order to ensure his victory over the French, but King Edward III never repaid the loans, thus losing the financial support that the popular banking families needed in order to maintain their businesses. Due to the loss of funds, the Bardi family lost most of their wealth and status among the elite families of Florence, only maintaining a small amount of political influence. Thus, the marriage between Cosimo de’ Medici and Contessina de’ Bardi gave the Medici family political influence and understanding while providing financial support for the Bardi family. Eventually, the marriage became more than just a contract; Cosimo and Contessina became closer, both in marriage and partnership within the Medici bank. Together, they had two children: Piero de’ Medici and Giovanni de’ Medici.2

As a result of the death of Giovanni de’ Medici in 1429, Cosimo was elected to hold his father’s seat in the Signoria of Florence. The Signoria was the governmental body of the Republic of Florence and consisted of nine members elected from the guilds of Florence. Around the same time as Cosimo’s entrance into the Signoria, Florence began a conflict with the Republic of Lucca. This conflict was supported by another member of the Signoria, Rinaldo Degli Albizzi, who petitioned the Signoria to increase taxes in Florence in order to raise an army to fight against Lucca. Cosimo was faced with a choice: veto the petition to raise taxes and an army because the people could not afford to pay another tax, or alleviate tensions within the Signoria and appease Rinaldo Degli Albizzi by supporting the tax. Against Lorenzo’s wishes, Cosimo voted in Rinaldo’s favor to increase taxes and create an army to use against Lucca. With the tax revenue supporting an army, Rinaldo and his men marched towards Lucca, leaving Florence in the hands of Cosimo.3

With news of repeated military defeats, and with the arrival of a lethal plague reaching Florence, Cosimo attempted to boost the spirit and the economy of the people of Florence by sponsoring and funding the completion of Il Cattedral di Santa Maria del Fiore. But first, Cosimo had to locate and hire an architect competent enough to design and build the dome. He eventually decided on Filippo Brunelleschi, who designed a double dome structure inspired by the dome of the Roman Pantheon. Before Brunelleschi could begin construction of the vast endeavor, however, a question arose that would involve a difficult solution: how would Cosimo pay for the construction of the dome? Cosimo decided to take a huge risk and fund the entire construction through the Medici Bank. Unfounded rumors then spread that Cosimo drew the funds from the unpaid papacy tithes, but these rumors lacked sufficient evidence concerning the allocated funds. Even though the rumors were not supported by evidence, they gained influence and spread throughout Florence, eventually reaching the ear of Rinaldo Degli Albizzi, who was fighting the rebellion in Lucca. After allocating the proper funds, Cosimo financed the construction of the dome while the deadly epidemic and conflict with Lucca continued to devastate Florence.4

After his military defeat in Lucca, Rinaldo Degli Albizzi returned to Florence to witness Cosimo’s increasing popularity among the people. In 1433, Albizzi decided that he had had enough of Cosimo’s power and would find a way to remove Cosimo from Florence as a way to undermine Cosimo’s rising popularity and power. As the plague continued to rampage through Florence, Cosimo and his family left to live in their countryside home as a way to avoid succumbing to the deadly illness. Shortly after arriving, Cosimo received a letter recalling him to Florence for important Signoria business. However, upon his arrival, Cosimo was quickly arrested and thrown in jail based on Rinaldo’s accusations of embezzlement of funds from both the Lucca tax and the papal tithes, as well as the charge of usury. Usury, or lending money at interest as a way of making a profit, was forbidden by the Church and was often viewed as treason, which was punishable by death.5

During his imprisonment and trial, Cosimo feared that his enemies would attempt to assassinate him as an easy method of removing him as a threat. To prevent this, Cosimo bribed the jailer to test each meal to check for poison while also working to defend himself against the accusations brought forth by Rinaldo Degli Albizzi. While Rinaldo was arguing for Cosimo to be put to death for the crime of treason, Cosimo managed to bribe enough members of the Signoria to reduce his sentence to ten years of exile. Cosimo requested that Contessina remained in Florence to maintain appearances and societal standing, while the rest of the family, including Piero’s wife Lucretia, joined Cosimo in exile in Venice. With his plan enacted, Cosimo and the rest of his family left Contessina in Florence and departed for their ten-year exile in Venice, as demanded by the Signoria.5

While in Venice, Cosimo worked with the Signoria of Venice to secure his swift return to Florence, while also providing financial and economic stability to Venice. Cosimo additionally sponsored and commissioned the construction of a beautiful library in Venice as a gift for working with him while in exile. Additionally, Cosimo became romantically involved with a beautiful slave, Maddalena. Over time, Maddalena became Cosimo’s mistress and gave birth to his illegitimate son, Carlo de’ Medici, who would be raised by Contessina as if her own.7

Unfortunately for Florence, Cosimo’s exile and departure from his bank meant Florence’s economy would suffer considerably. The economic downfall, combined with the persistence of the Signoria in Venice, prompted the Signoria of Florence to overturn Cosimo’s exile in favor of economic stability.  As a result, Cosimo was able to return home after only a single year of exile, rather than the ten he was supposed to serve. Upon his arrival home in Florence, Cosimo worked quickly to re-establish his bank and popularity with the people of Florence. In order to maintain his power unchallenged, Cosimo and the Signoria of Florence exiled Rinaldo Degli Albizzi and his entire family for the remainder of their lives. One theory, while lacking substantial evidence, proposed that Cosimo went so far as to attempt to assassinate Rinaldo and his son, but that theory was never proven, and Rinaldo died in 1442 while still in exile.8

With his nemesis vanquished, Cosimo’s focus returned to the financial and political well-being of Florence. Until his death, Cosimo worked to support Florence financially through his bank and papal relations, politically through the Signoria and taxation of Florence, and through his financial support of the arts. Cosimo supported many artists financially and contributed numerous gifts to churches, libraries, and the city of Florence itself through sculptures, paintings, and the famous dome of the Cathedral, which was finished in 1471. Sadly, Cosimo did not see the completion of his dome due to his death in 1464, at the age of 74. Posthumously, Cosimo de’ Medici was named Pater Patriae, or “Father of the Fatherland,” because of his financial and political contributions to Florence throughout his lifetime, which continued with his descendants.8

I would like to thank Dr. Whitener, Dr. Moreno, Daniela Duran, and Diane Duesterhoeft for their help in the early stages of this project, particularly in helping me narrow down my topic and with the approach to take in my research. I am also incredibly grateful for all the help in the editing and final phase of the project. And I am most grateful to my family and my friends for their encouragement to help me to see the importance of this project for how it could be helpful and useful to others.

My name is Madeline Emke, and I was born and raised in St. Louis, Missouri. I am a History major graduating in 2024. I hope to continue on to law school where I would help equally protect the rights of humanity. In my spare time, I enjoy reading, playing the piano, and singing.
Author Portfolio Page