The Tzolk’in, the Haab, and the Long Count: An Introduction to the Mayan Calendar Systems 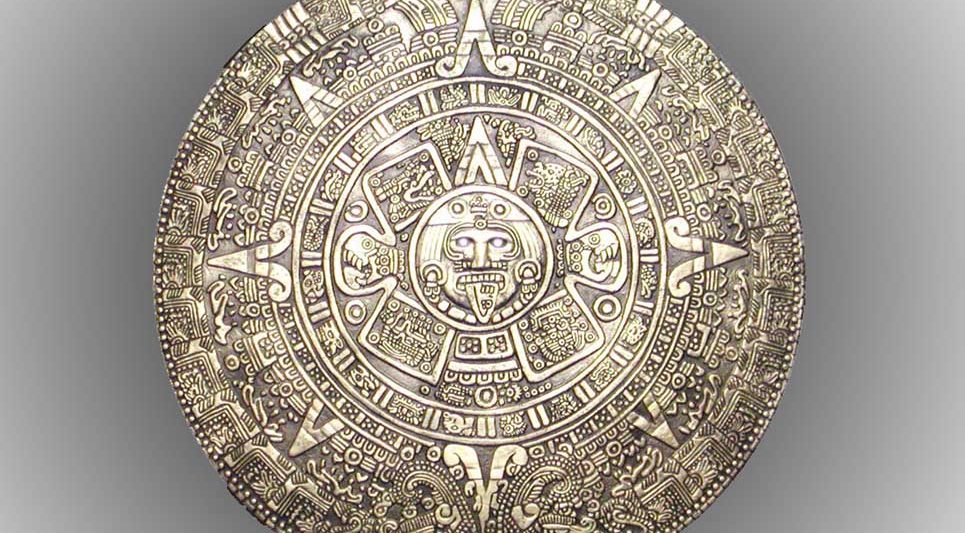 Today, when most people think of the Ancient Maya, the first connection that is often made is to their intricate calendar system. What most do not know about the Mayan calendar, however, is that there are three of them. These calendars are the secular or political astronomical calendar, the religious or ceremonial calendar, and the long calendar. The secular astronomical calendar, the Haab, is the Mayan calendar most nearly aligned with our modern conventions (the Gregorian Calendar), since it is based upon a cycle of 365 earth days, while the religious calendar, the Tzolk’in, is 260 earth days; and lastly, there is the long count calendar, which cycles every 5,124 cycles of the Haab.1

Like our modern calendar, the secular, or the Haab, calendar is split into three units of measure. The first and smallest measure on the calendar is the k’in, or the day; next is the winal, which closely aligns with the modern conception of months; finally, there is the Haab, or the entire collective calendar year. There are 20 k’in in the winal, and 18 winal in the haab. There are only five days in the 19th winal, constructing a year nearly equivalent to our modernized Gregorian calendar of 365 days. However, the Mayan Haab did not contain the modern convention of weeks or leap years; each of the twenty k’in (days) in the winal (month) had individual names assigned to them.2

While the Mayan Haab calendar was quite accurate to the duration of one earth year, the methods by which the year was calculated were actually quite primitive. By observation, ancient observers of the sky would mark the positions of heavenly bodies with two staves stuck into the ground. The observers were then able to mark and measure the cycles by the time the measured star or planet took to return to its origin. Gradually, over time, temples were built around these staves, forming what appear to be permanent observatories for certain heavenly bodies. For example, at Tikal, one may stand at the top of the Lost World Pyramid and observe the alignment of three seasons with the points of three pyramids in the course of one year.3

The religious calendar, the Tzolk’in, is a cycle that runs independent of the Haab and Long Count calendars. The Tzolk’in consists of thirteen numbered days interlocked with twenty named days that bear the names of Mayan gods.4 In other words, there are no constructions of weeks, or months in the Tzolk’in; since twenty is not evenly divisible by the thirteen numbered days, the names and numbers of the Tzolk’in do not cycle through evenly. Just as Tuesday will not always fall on the 2nd of the month in the modern Gregorian Calendar, the second numbered day will not consistently align with any certain named day of the Tzolk’in. The Tzolk’in has no certain correlation to astronomy, but it is often thought that it was constructed to reflect the birthing cycle, or perhaps even the seasonal growth of corn.5

Finally, the Mayan Long Calendar was kept to track the number of days since the Mayan creation date, which was marked as August 11th, 3114 BCE in Mayan creation narratives. The Long Count could be considered to serve the same function as our convention of “A.D.” or “B.C.” It served as the “zero” point from which we are able to count upwards, to provide a linear notion of time. The Long Count calendar takes a format similar to that of the Haab, but is written strictly in numerical format, without any named days or months. The smallest unit of measurement was the Mayan day, or K’in; next came the Winal, which is constructed of 20 k’in; the Tun, which is constructed by 18 Winal; the K’atun, which is the equivalent of 20 Tun; and finally, the Bak’tun, which is the equivalent of 20 K’atun. The notation for the Long Calendar was represented by a format such as 12.19.15.17.7, followed by the present number and day name of the Tzolk’in cycle as well as the number and day name of the Haab cycle. Thus, the full expression of a date would appear something like “12.19.15.17.7 | 7 Manik 10 K’ank’n”, with “Manik” and “K’ank’n” representing the day names of the Tzolk’n and the Haab, respectiviely. 7