Dorothea Dix and her efforts to reform Prison and Insane Asylums 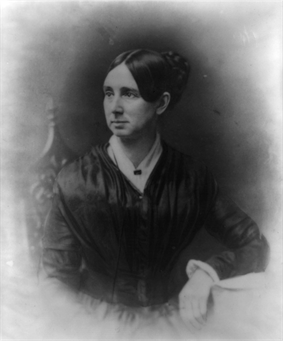 Dorothea Lynde Dix was an American reformer who advocated for the improvement of hospitals, prisons, and asylums.1 In 1841, after Dorothea Lynde Dix conducted a small Sunday class at the East Cambridge Jail in Massachusetts, she was given a tour. It was on this tour that Dix witnessed such cruel conditions that inmates endured while in prison. The mentally ill were housed in what was known as “Dungeon Cells.” There were men and women, even children, naked and chained to walls, sleeping on filthy floors, and underfed. Dix’s jail visit marked a turning point in her life.2

In Dix’s early years, she had a strong passion for education. She studied hard and had an intense desire to teach. At the age of fourteen, Dix opened her own school for young children.3 Dix would hardly give herself any time to completely rest due to the fact that she would overwork herself. The large amount of work caused Dix’s depression and tuberculosis to flare up more than usual, causing her to take a permanent leave from teaching.4 In 1835, Dix decided to venture off to England to recover for two years. While resting, Dix was introduced to many social welfare advocates by William Rathbone, a humanitarian and philanthropist. The social welfare advocates, Elizabeth Fry and William Tuke, were involved in prison reform and the aid for the criminally insane.5 Meeting the social advocates influenced Dix and had a great impact on her life.6

Dix traveled back to America and for four years she visited with family and friends. She then got the opportunity to witness the horrible living conditions that the mentally ill were enduring at the East Cambridge Jail in Massachusetts. Dix spent two years in Massachusetts traveling to prisons, jails, poorhouses, and hospitals collecting data about the appalling conditions she observed.7 In 1843, Dix took her findings to the Massachusetts State Legislature. She argued for the mentally ill to be housed in a separate institution rather than being housed with criminals. Due to her argument, conditions at the insane asylum in Worchester improved. Dix continued to survey each of the facilities and took note of her findings. In 1844, Dix took part in constructing the first insane asylum in Trenton, New Jersey.8

In the year 1845, Dix’s “Memorial to the Massachusetts Legislature” was presented to the public and to public figures such as Charles Sumner. Dr. Samuel Gridley Howe presented it and stated, “I proceed, gentlemen, briefly to call your attention to the present state of insane persons confined within the Commonwealth, in cages, closets, cellars, pens; chained, naked, beaten with rods, and lashed into obedience.”9 This address caused a public outcry and gained support from the public figures leading to the reform bill being passed into law. Dix continued her work, seeking out help from those with a higher power to renovate and build facilities for the ill. Throughout the years, Dix spent her time founding new hospitals in Rhode Island, New Jersey, Massachusetts, Pennsylvania, New York, and Canada.10 There were just thirteen mental institutions in the United States and with the help of Dorothea Dix, that number had grown to one-hundred-twenty-three. Not only did Dix help found the mental institutions, but she also played a large part in founding fifteen schools for the “feeble-minded” and training schools for nurses.11

Many had believed that those who were insane were incurable and were not normal people. Dix devoting her life to advocating for reform was because she wanted to make it known that insanity was treatable and that with better conditions, the mentally ill could experience greater outcomes.12 In 1848, Dix had traveled to North Carolina and brought attention to the thousands of mentally ill citizens who were not being treated appropriately. They were either being cared for by family members or were in county jails or poorhouses. She advocated for better treatment and sanctuary. Eventually, $200,000 was raised for the hospital and it was named the Dorothea Dix Hospital.13

Dorothea Dix continued her fight for prison and asylum reform until the very end. Dix did go on to experience other things, such as serving as a nurse in the Civil War. In fact, she was made the Union’s Superintendent of Women Nurses. In 1867, Dix continued her work with the mentally ill until her health took a toll which forced her to stop. In her last few years, Dix resided at the Trenton, New Jersey, State Hospital and lived there until her death on July 17, 1887.14

I found the horrible conditions that Dorathea Lynde Dix found out the prisoners and asylum patients submitted to be complete utterly disturbing. for instance, the meer fact that they, would have them naked and chained. However, the worst part of it all they even did it for innocent children. I am very lucky as a person with epilepsy seizures not to be living in that time period and I am thankful for the progress that has been made in psychiatric treatment.

Great work! I really enjoyed reading this article since I didn’t know about Dorothea Dix and her great strides in the prison and hospital system. She is a woman who made a huge impact yet I had never been taught about her! I wonder what she would think about our prison systems today and if she would continue to strive for better prison systems. Loved this article great stuff.

I actually really like the article. It does justice for the mentally ill people and shows that they aren’t just people you can throw into a prison where actual criminals are in. There should have been a place for these people along time ago but the system didn’t want to recognize that problem and just threw them in a prison. Dix really did a great service by actually speaking up and changing the way they did things in America and the system.

First I’d like to say thank you for this article. It was very well written and had great information. It actually gave me an idea about my own article. Dorethea Dix was a very wonderful woman. She put others before herself. The way that she knew how bad prison reform and the criminally insane were being treated. The impact it had in our society now is still going. I know that we now have so many programs that help mentally ill criminals and even help lower the sentence.

A compelling narrative that kept you reading to find out what happened with the advocacy of Dorothea Dix and if she was successful. The author did a fantastic job in giving Dorothea Dix life; it helps the reader imagine her passion for education and determination to advocate for the mentally ill. Extraordinary images that helped bring the reading to life.

This is a really good article. I’m a criminal Justice major and learning about prison has been very interesting. I never Heard of Dorothea Dix and I’m happy I got to learn about her. Dorothea Dix was a strong powerful Women who cared about people in the prison system. Its so sad how they would be naked and chained for days. Its really hard to believe that prison live was like that. There might be some prisons still like that today.

I thought this was a very well written article! We had actually just touched on this topic in class, so to read more about it was great! I thought the author did a very good job of breaking down the article in a way the is informative and understandable. But also showing what an incredible women Dix was. I also thought the images that the author chose really added emphasize to the article.

This article was a great one. It really opens eyes to how harsh people are to those that are mentally ill. This has always been a thing. In this article it talks about this women who makes a change for many others, these are the people we need more of in our world. Dorothea Dix definitely deserved an article on stmu.

This article was a very interesting read. I admired the lengths Dorothea went through to fight for the people who didn’t belong in the asylum with the criminals. She made sure her voice was heard even though she was a women and they didn’t have much rights during this time. The author of the article did a great job and piecing it together and getting the story across to the reader. I can tell the research was done well and I admired everything about this article. I admired how Dorothea kept going for teaching despite how hard she overworked herself.

Doing an article solely on one person can be hard because you have to make sure you don’t turn it into a biography. I think you did a great job at not turning it into one. I enjoyed how you focused on a certain aspect of her life-changing the way prisons were treating their inmates. I also feel like you were able to create a good amount of detail in such a short article. Good job! I enjoyed reading it.