Elizabeth Bathory: The Countess Who Bathed in Blood 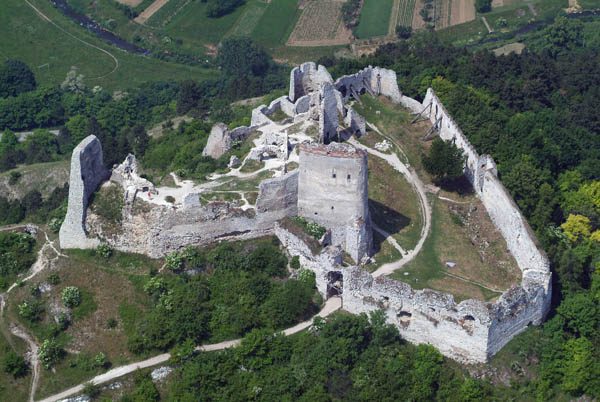 A powerful terror ruled over lands in Hungary in the 16th century. For years, citizens were frightened of Elizabeth Bathory. While she lived unharmed by any authority for years, many young girls went missing or ended up dead. It took 35 years and 650 girls for the King of Hungary to take action. Even then, the punishment Bathory faced was nowhere near as cruel as what she did to these young girls.

Elizabeth Bathory, a Hungarian countess, was the daughter of Ann and George Bathory.1 She was born on August 7th, 1590, in Transylvania.2 She came from a wealthy, Protestant family that were significant landowners in Hungary. Elizabeth received a strong education, and she became fluent in several languages.3 Although she seemed to be a regular noble woman, there was a dark truth behind her family and her.

During her childhood, Bathory had a neurological disorder, and the environment around her only contributed to her sadistic ways. She suffered from epilepsy as a child, possibly from familial inbreeding. To cure her epilepsy, her family took blood from servants and put it on her lips. This is thought to be one of the reasons she became obsessed over blood. During this time, no laws protected servants or peasants from being tortured. Her family contributed to her sadism by torturing their servants and peasants.4 One story suggests that after Bathory witnessed a man being sewn into a horse’s stomach for theft, she laughed at the sight of it.5 Bathory saw her family members torture their servants for fun, and this turned her adolescent self into a full-blown killer.

Her life shifted when she married Ferenc Nadasdy, a noble from Hungary. Nadasdy moved Bathory to his estate in Savar. At times, Bathory’s husband went away at war, but when he was at home, he shaped Bathory in how she killed.6 Nadasdy enjoyed torturing peasants and servants in brutal ways. There is a rumor that Elizabeth became pregnant by a peasant right before she married Nadasdy, and he castrated the peasant and gave his body to wild dogs to eat. Bathory’s husband enjoyed killing so much, especially during wars, that he received the nickname “Black Knight of Hungary.”7 Nadasdy taught Bathory new techniques or tricks when torturing her servants. For example, he instructed her to strip her servants naked, cover them in honey, and let bugs eat at them.8 Elizabeth’s husband, Nadasdy, was yet another influence to why she became obsessed with torturing her servants. While Nadasdy taught her how to torture, yet another person in her life would teach her how to kill.

While Elizabeth’s husband was away at war, she met a witch named Anna Darvulia. This witch inspired most of Bathory’s brutal and sadistic killings. Darvulia supposedly implanted in Bathory’s mind that if she killed young virgins and bathed in their blood, she could maintain her youth.9 Bathory confided in Darvulia and took interest in learning more about witchcraft and Satanism. When Darvulia died a few years later, Bathory had to find another women to confide in while doing her killings. She met Erzsi Majorova soon after, who practiced witchcraft. Majorova convinced Bathory to kill noble women because fewer and fewer servants wanted to work for Bathory. Bathory took the advice, which turned out be a mistake for her. People grew more suspicious after she killed one noble girl. She tried to cover it up by saying the girl committed suicide. This is the turning point where Bathory began killing sporadically, and it eventually led to her arrest.10

When Nadasdy passed away in 1604, he gave his whole estate away to Bathory including his castle, Cachtice, in modern day Slovakia. In the years after Bathory’s husband passed, whispers floated around about Bathory’s actions, specifically her killing young girls. Istvan Magyari, a  Lutheran minister, filed a complaint about Bathory. The King of Hungary, King Matthias II, ordered Gyorgy Thurzo, Palatine of Hungary, to look into the rumors and accusations about Bathory. Thurzo investigated and accumulated hundreds of witnesses, and a few were willing to testify against Bathory. During the trial, witnesses explained how Bathory would lure in servant girls to kill. She did this by saying she would give them a higher salary.11 The testimonies included how she killed the girls by mutilating their bodies, starving them, freezing them, and torturing them. Inside her castles, there were torture chambers. She used tools such as knives, razors, and wax to torture them.12 She would also bite pieces of flesh off of her victims.13 The people who lived in the same town as Bathory saw the girls that she tortured while they ran errands. Their hands showed burn marks, or their faces were disfigured. One girl even came running out of the castle with a knife still in her foot.14 The king showed no compassion or care for the peasants or servants being killed. It was only when noble girls started disappearing and dying that he demanded Thurzo to look into it.

One day, Thurzo showed up to Bathory’s castle with armed guards. Thurzo found a dead body of a girl and two other girls wounded. Thurzo heard screaming, which led him to find one of Bathory’s torture chambers. It is not known if Elizabeth was actually caught in the act of harming her servants. Elizabeth pleaded her innocence to Thurzo, though he did not believe her, and he eventually arrested her.15 Bathory was only put on house arrest, because they did not want to cause a scene to the public, but rumors were already going around about what she did. She eventually was put on trial.

Soon after her arrest, Bathory attended the trial against her. She pled innocent to each crime. Bathory’s servants, thirteen in total, testified against her. One of the servants provided a list in Bathory’s handwriting of all 650 of her victims. The servants and Majorova who helped gather young women for Bathory to kill were all killed by either burning or beheading as a result of the trial.16 Elizabeth did not face a harsh death sentence. Instead, she was diagnosed as criminally insane.17

After the trials concluded, Thurzo founded Bathory guilty, and she stayed in solitary confinement in her castle, Cachtice, for the rest of her life. The citizens of Hungary did not even speak Bathory’s name for hundreds of years.18 Conspiracy theories argue that Bathory was actually innocent. These theories suggest that the King brought these charges against her because he did not like that she was Protestant and a powerful women.19 However, no evidence exists to back up these theories.

A few years later, Elizabeth Bathory died in solitary confinement on August 22, 1614. She told her guard that her hands were cold, and the next day the guard found her dead.20 She was buried somewhere around her castle, Cachtice. Any remains or signs of her or her body cannot be found today. During the time she lived, she was one of the most powerful women in Hungary.21 She gained notoriety and received the nickname “Blood Countess” through her deviant acts.22 Bathory is known today for being one of the worst female, serial killers. There are only secondary accounts of her actions. There is still no physical evidence to this day that proves she is innocent or guilty.