Who says a woman can’t be gangsta? Alice Diamond and the Forty Elephants 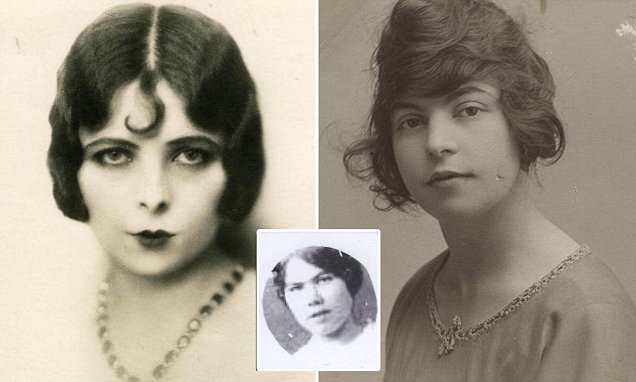 The year was 1862, a time when thievery ran rampant in London’s lower class families, when women had little to no rights, and when men held the reins of society. Men ran social, economic, and political structures, but they also ran the underbelly of London. One of the most prominent gangs of London was the Elephant and Castle gang, an all-male gang that ran a complex system of robberies, kidnappings, and murder. At the same time, Mary Carr was born. Carr, born of a poor woman by the name of Jane Carr, and her husband, a notorious international thief and forger of bonds, John Carr, who led a life of crime. By 1881, Carr was already a notorious thief, with convictions starting as early as 1876 at the age of fourteen.1 With the help of the Elephant and Castle Gang, Mary Carr started the Forty Elephants, becoming their first queen due to her infamy for “fencing” or selling stolen property and pulling off successful heists. Though Carr was their first queen, the gang’s first public appearance was in an article from 1873, but some say the all female gang had been around since the 1700’s.2 Carr continued her career, changing her name several times along the way, including to Molly Mayne and Polly Carr. By 1903, she was notorious internationally, with a police report back in 1900 identifying her as the notorious Polly Carr, one of the most dangerous women in the London metropolis and Queen of the Forty Thieves (interchangeable name for Forty Elephants). Carr ran the Forty Thieves on and off between prison sentences until her suspected death in 1924.3 Carr successfully organized the Forty Elephants, but she started something else. She started the idea of a woman becoming a hoister, a person who stole and sold goods. Hoisters were becoming a lifestyle and profession for women who were locked out of the social lime light, but now could show off their skill and wealth. Becoming a hoister also meant breaking the social status of women since, with their new found wealth, they could become independent and support themselves. Unlike thieves and shoplifters, hoisters were known as professionals who were able to evade arrest and carry different aliases. Women who joined the hoister status unfortunately typically joined due to dire economic circumstances, since most shoplifters came from working and middle class families.4

After the death of Mary Carr came another Queen, Alice Diamond. Just like the former Queen, she also carried aliases, including Dolly Blake and Alice Blake.5 Born in Southwark, South London in 1886, Alice, just like Carr before her, was born to criminal parents. By seventeen, Alice already had a criminal record from thievery and was using a false identity even then. By the 1920’s, gangs plagued London and soon Alice’s record, just like Carr’s, got the attention of the Elephant and Castle Gang. Having just lost their previous Queen, the Elephant and Castle Gang eagerly accepted Alice as the next Queen. At 5 foot 8 inches, Alice was formidable and usually wore diamond rings that were used as impromptu brass knuckles during fights. After several fights with police, she was known as Diamond Annie.6 Unlike their counterparts, the Elephant and Castle Gang, Alice continued Carr’s work through the use of organized cells through various parts of London and later across Great Britain.

For women shoppers, most shops offered privacy to them when shopping. Alice, taking full advantage of that privacy, created special clothing for the women that led to the largest systematic shoplifting the country had ever seen. The clothing, lined with specially tailored pockets and multiple layers of cloth to hide goods between knickers, allowed Alice and her gang to launch several highly successful raids on London’s most elegant businesses.7 The creativity and boldness of the clothing ranged from false arms hanging out of long coats to large bags hanging underneath dresses. One nineteen-year-old thief caught in Bayswater, West London, had a bag made of Alpaca fur suspended at her waist that hung all the way down to her knees. When caught, police discovered forty-five stolen items inside.8 Alice ran the gang with precision and excellent timing. If their presence became too well known to police, Alice would order another cell in another city to take on more heists. Along with heists, many of the women would work as housemaids with credentials that usually mentioned other women. These women would ransack the home, or seduce the man into paying them for their silence.9 With the invention of the automobile, getting away became easier for the thieves. Once they pillaged stores or homes, the thieves would use (at the time) high powered automobiles to outrun police. Police documents show that even if the alleged thief was caught, the goods were not located within the vehicle. The reason for that was that the goods had already been relocated to another member of the gang (sometimes a male member) before or even during the escape. The goods would then be taken mostly by train, usually through an empty suitcase. The suitcases would be deposited around railroad stations, which would then be filled with the goods and shipped to “fences.”10 A “fence” was slang for someone who received and sold stolen goods. The goods, worth thousands of pounds, would sometimes end up in the hands of one of the most notorious fences, Ada Macdonald. MacDonald lived in a house in Walworth, South-East London and was the subject of many police raids. Each time, the authorities couldn’t locate any of the stolen goods.11

Just like other gangs at the time, Alice and the Forty Elephants guarded their territory ferociously. If a thief who was not part of their gang stole from a shop on their turf, a percentage was demanded from the thief, by an amount that depended on how much that thief stole. Those who refused were kidnapped, beaten, and subjected to ransoming. Along with demanding respect from other thieves, a list of codes known as the “hoister’s code” applied to all members of the gangs. The codes ranged from “No drinking before a raid, and early hours to bed” to “If a member is arrested others must be willing to provide an allibi.”12 Though the women were vicious, they were known to have an extravagant life. As Alice put it, they would “put on the posh,” meaning that they would dress and act of a higher social status. Combined with acting of a higher status, the Forty Elephants would host lavish parties, spend enormous amounts of money in pubs, clubs, and restaurants, fitting the 1920’s narrative of the aristocratic flapper with Alice at the forefront.13

Most members of the gang, being excellent hoisters, rarely got caught in the act. One notorious member, however, was caught. Her name was Maggie Hughes. In 1923, she had stolen a tray containing thirty-four diamond rings. While running out of the store, she ran straight into the arms of a police officer. On December 20, 1925, Alice’s rule came to an end after she and Hughes incited a riot against a former member of the Forty Elephants. Alice was jailed for eighteen months while Hughes was jailed for five.14

By the time of Alice’s release, another thief by the name of Lillian Rose Kendall had taken over the gang. Seeing how energetic, young, and creative Kendall was, she handed her position over to Kendall. Kendall, nicknamed the “Bobbed Hair Bandit” because of her short fringe and side curls, was a daring driver specializing in smash and grabs. On several occasions, Kendall used her car as a way to smash into store fronts such as Cartier’s on Bond Street.15

After Alice left the gang, their power and influence began to slip away. Hughes, being one of the more brazen of the group, was officially out of the gang by 1938. With Hughes gone and many more powerful members dead or imprisoned, the gang began to wither away.16 By the 1950’s, store security had increased and the ability to hide more items limited, due to change in clothing style, leaving less profit for the gang. By then, most members left to the countryside where smaller businesses were easier targets, but with improving economic conditions, new members were scarce leaving the Forty Elephants all but a romanticized legend. As for Alice, after leaving the gang, she founded a brothel in Lambeth, passing on tips to future shoplifters and members of the Forty Elephants. During WWII, Alice refused to leave London during evacuations. She later contracted Multiple Sclerosis and die at the age of 55 in 1952.17