Factory farms are not the way to go 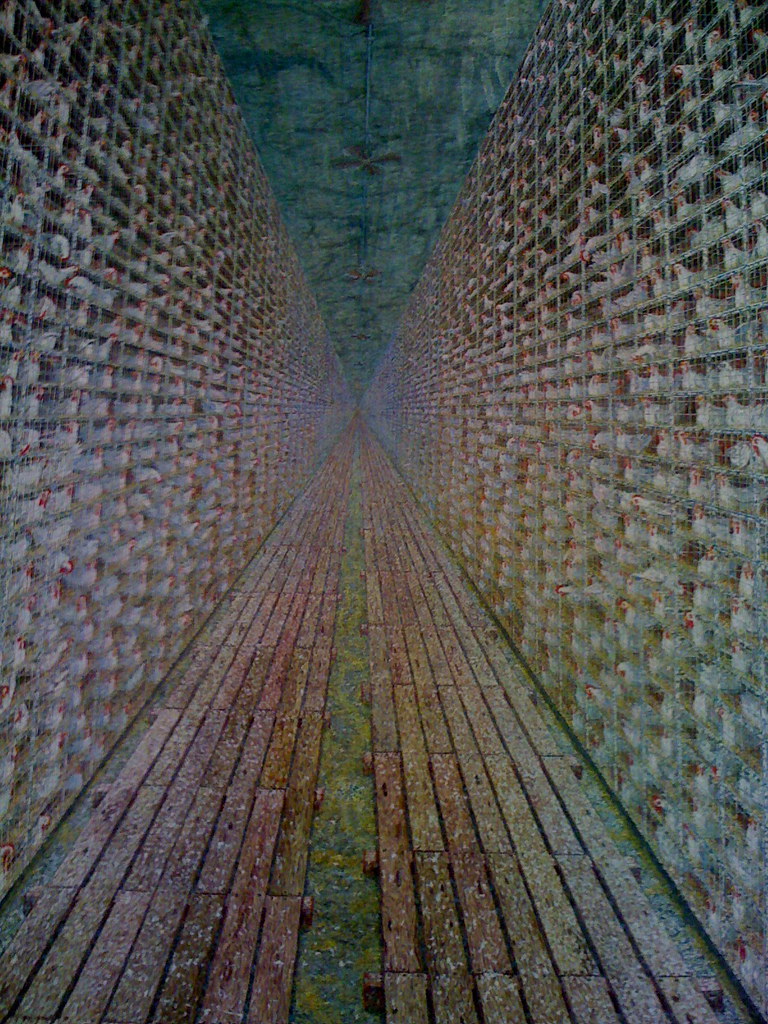 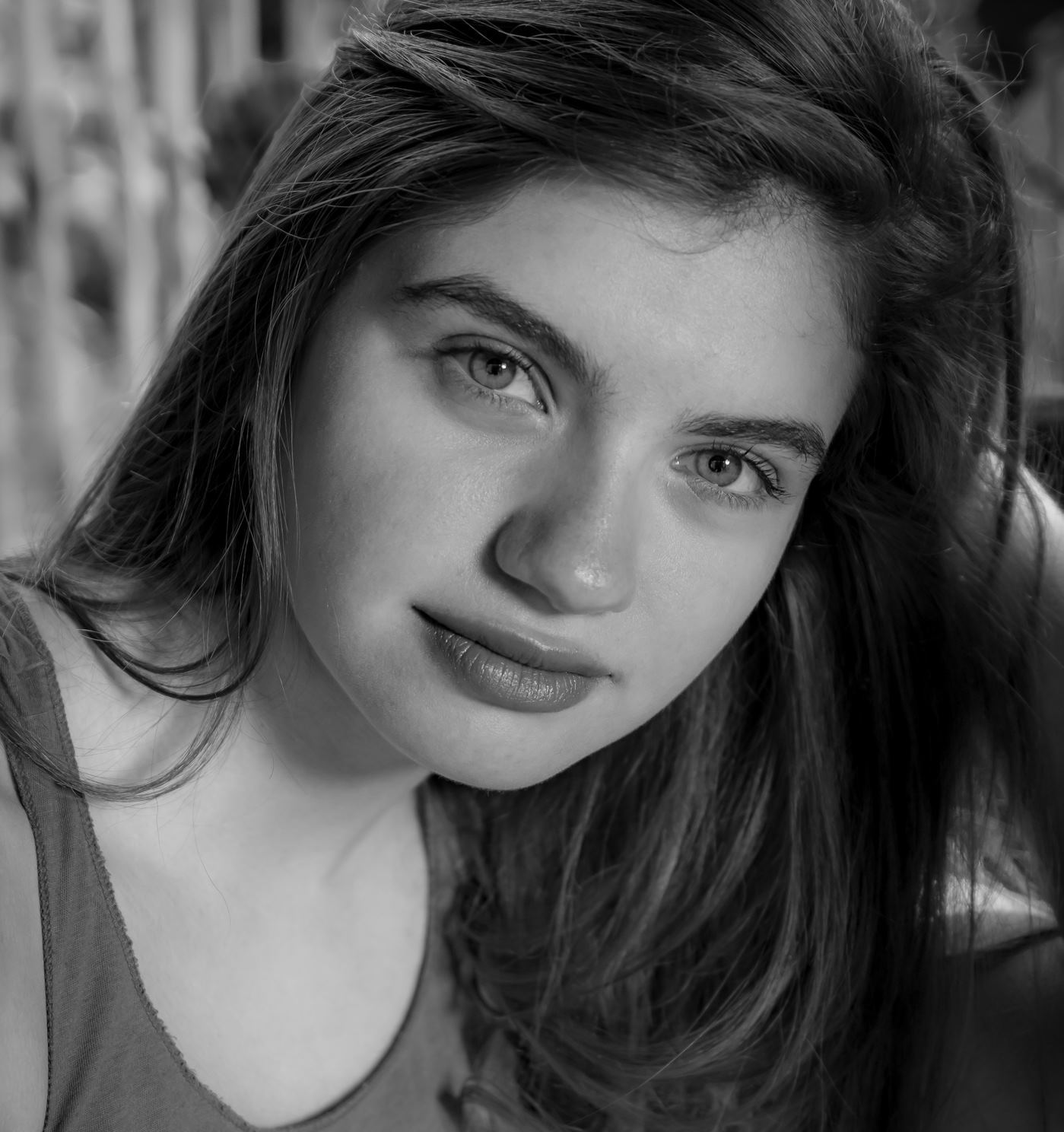 “Factory farming, of course, does not cause all the world’s problems, but it is remarkable just how many of them intersect there.”1

Factory farming is an industrial system for intensive agriculture that breeds massive amounts of animals in compacted spaces, at a reasonable price. Economist Herman E. Daly has already warned that this economic activity is not sustainable, and that society must recognize that human economies are a subsystem of larger ecosystems and must adapt to function within ecosystem constraints.2 The Centers for Disease Control and Prevention (CDC), have warned that three out of every four new or emerging disease in people come from animals.3 The ways these animals live later result in not only health hazards, but also environmental hazards by releasing toxic gases and chemicals into the environment. Factory farms are one of the world’s largest contributors to global warming and many other environmental damages.4 The benefits of factory farming in the United States do not outweigh the costs society has to pay, such as environmental damages and health hazards.

Commercial livestock farming started in the late 1800s. The farming of animals began small-sized and the animals were able to roam on land, on actual farms. As the human population increased at a fast pace, by the 1920s, factory farming had become a way to produce more food to satiate demands and spend less money.5 But is this a good enough reason for large amounts of animals to be kept indoors and forced to accommodate themselves to unnatural habitats? In reality, your food is no longer from a farm; it is from a factory. The people that run these companies don’t want you to know where your food is from, because if you knew, you might not want to eat it. Animal meat consumption has become an increasing environmental and health issue in the United States, causing grave dilemmas. Its main influencer and provider to the meat industry is industrial agriculture, which is known for its enormous production of food. Thanks to advances in agricultural technology, factory farming has grown at an impressive rate in the last century. We are now engineering our food. These systems of intensive productions have accomplished producing large amounts of food, on small portions of land. Many people think that because they are animals, they do not need to be treated with any delicateness, but they are still living creatures exposed to extreme and poor circumstances. These industries have more and more tools to help the animals survive the poor conditions they are forced to live in. Animals are held in small cages, cramped together, restrained of their natural and basic needs. Chickens, for example, never see sunlight. They may take a few steps and then fall down because they can’t keep up with all the weight that they’re carrying.6 This is due to the use of hormones and antibiotics. But this problem is not just with chickens; its with all livestock.

The ways that animals live or simply exist are not only unethical but they are also a hazard to human health. Before using antibiotics, all the animals crammed together would have been subject to spreading disease easily. Now they are supplied with great amounts of antibiotics and vitamins in their food to prevent the spread of diseases and to stimulate their growth.7 Birds are now raised and slaughtered in half the time they were fifty years ago, and they are twice the size they used to be, being redesigned to have larger breasts. Almost half of all the antibiotics in the United States are used in factory farming.8 Animals who become resistant to the drugs supplemented can develop a bacteria that can be life-threatening if ingested by a human. The CDC has estimated that 20% of the antibiotic-resistant infections in the United States are traced back to germs that originate in farm animals.9 Animals can appear healthy even when they are carrying germs (zoonoses) that can make people sick. Zoonotic diseases are caused by viruses, bacteria, parasites, and fungi, ranging from mild to serious illness and even death depending on the zoonotic disease.10 Growth hormone usage on farm animals is an influential factor for consumers that subsequently come down with chronic diseases such as colon cancer, breast cancer, and prostate cancer.11 Just as the farm animals become resistant to the antibiotics, humans, when eating the processed food that are these animals, are exposed to exchanging genes and becoming resistant too.

Factory farms endanger the environment and its biodiversity. Livestock production produces 14.5 percent of all greenhouse gas emissions.12 They also use many fertilizers and pesticides, which release toxins like CO2, N2O, and CH4 that pollute the air.13 Deforestation has existed since the New World conquest, but the chemicals that are used today are the ones affecting the environment and everyone living in it. Much of deforestation is caused by converting forest land into crops to grow food for farm animals. By themselves, crops and livestock productions are not a bad thing; they are actually necessary. However, to do it at such a large scale creates problems. Factory farms are already strong contributors to climate change. By cutting down trees, less carbon dioxide is absorbed out of the atmosphere. Deforestation causes about 17% of the world’s greenhouse gas emissions.14 To make an animal or crop grow, you need large quantities of water as well, causing a water shortage. This causes environmental deterioration such as water pollution and biodiversity loss. If nothing is done, these damages will be the end of many natural habitats and species, and the damage will become irreversible.

It is estimated that in the United States, industrial agriculture accounts for more than five hundred million tons of animal waste per year.15 This over-accumulation of livestock waste releases major air contaminants that contribute to climate change. If the waste is not managed and ventilated correctly, the gases can become dangerous. As the excrement decays, these gases can cause toxic reactions that can even cause explosions. Factory farms generate excesses of excrement that cannot be fully absorbed into fields. The excess can also turn into an overflow that then enters our groundwater, and afterwards, into our drinking sources, generating water pollution that is not only an environmental problem, but also a health hazard. These contaminants may be disturbing to the nearby population, but they also contain bacteria and nitrates, which can cause illnesses and sometimes, death.

All of this contributes to climate change that not only affects humans worldwide, but all the planet’s animals and the ecosystems of the world. It is illogical that the main resource that allows agriculture to be possible, being nature itself, is in danger as a result of the wrong use humans have given it in livestock production. Natural resources are also essential in a country’s development. Besides them being crucial to the environment and its biodiversity, they fuel the agriculture systems. Without animal diversity, water, soil, and crops used to feed the farm animals, industrial farms cannot be maintained or exist at all. Many may prefer to buy conventional food due to its more affordable costs, but society pays a bigger price than just money when they buy these products. They condemn themselves to bigger problems. Yes, factory farms have become a solution to the unstoppable increase in food demands, but it is important that society makes a modification in their diet and buy more from local family farms. Organic farming combines methods that contribute to ecological balance, and help conserve biodiversity. Even though it may be more expensive, it’s about quality, not quantity. There are many reasons why factory farms are not the way to go, and the food has become much more dangerous in ways that are being deliberately hidden from us. Although the economic income and general satisfaction industrial farms generate in the United States and its people are important and influential to its development, it puts at an increasing risk many other factors that can be and will be catastrophic if nothing is done to reduce or regulate this massive production.

I am an Engineering Science- with a concentration on Environmental Science major, with a minor in Business Administration, graduating with the class of 2024. I am from Huichapan, Hidalgo, but also from Phoenix, Arizona. I moved back and forth all of my life, so I have 2 homes and the best of both worlds.
Author Portfolio Page