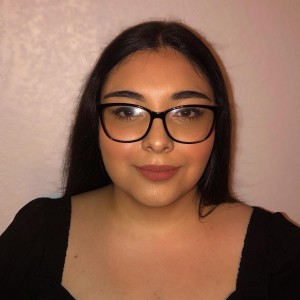 WARNING: This article contains a detailed description of a sexual assault story.

Raquel’s husband is killed while at work. Days after his death, a group of men go to Raquel’s home with weapons and order everyone to drop down to the ground. They threaten her, and tell her that they will kill her family if she investigates her husband’s death. Months later, she receives a phone call threatening her again. She also notices she is being followed and watched. As all of this occurs, she does not contact the police because the police in her home country are corrupt. Feeling persecuted by the frequency of the threat and their ability to kill her, especially after killing her husband, Raquel decides to leave for the U.S., so she can escape the impending violence and the relentless threats that make her live in constant fear while working to support her children.1

She leaves her home country in Central America and makes her way to the U.S. This is not an easy trip, especially since she is a woman traveling by herself, and one being smuggled by a ‘coyote,’ who “smuggles Latin Americans in exchange for a high fee.”2 ‘Coyotes’ often “abuse women physically or mentally.”3 They also kill either women or men “just to get what they want”4 if these women or men do not have enough of the money needed before and after they attempt to cross. These are not the only risks Raquel is taking while traveling. Many of the women who do the same as her, “go missing or get sold to cartels instead of completing the journey into the U.S.”5

Thankfully, Raquel finally arrives at the U.S.-Mexico border. She enters the U.S. without inspection, alongside others and the ‘coyote’. After a few more days of walking through the desert, many of the migrants are captured by U.S. immigration officials. Raquel, two others, and the ‘coyote’, are able to escape. They continue walking through the desert, but she eventually becomes too tired. While they are taking a break, Raquel is captured and arrested by immigration officials. Everyone else runs and escapes. She is taken into detention.6

Raquel goes through different detention facilities, but is finally transferred to T. Don Hutto Residential Center, that is located in Taylor, Texas. The amount of time it takes for her to arrive there since she was captured is unknown. When she arrives to Hutto, she is interviewed by an immigration official. The immigration officer interviews her to decide whether her story and her fear of persecution are credible. This is standard for immigrants in detention centers who ask for asylum in the United States, hoping to withhold their removal. The purpose of this interview is not to send non-citizens back home, but instead to asses whether they can “establish a credible fear of persecution or torture if returned to their home country.”7 The conclusion of Raquel’s interview is that she passed the credible fear interview. From there, Raquel’s bond is posted and approved, and she is able to pursue an asylum claim.8

The day for Raquel to leave the Hutto detention center has come. An ICE officer walks Raquel to the van that is going to take her to the Austin-Bergstrom International Airport in Austin, Texas. She gets in the van and he locks her in a metal cage, then hands the keys to the driver. Before the driver and Raquel leave, the ICE officer tells Raquel that the van “would not stop and the door would not open until she arrives to the airport.” Then they leave. After some time driving, the driver gets off the road and stops the vehicle. He then gets out and opens the door, unlocks the cage, and signals Raquel to get off the van and to raise her hands. She does as told. The driver then begins to touch her all over. He is speaking English, while also touching himself. Next, he shoves anything that is on the floor of the front area of the van and gestures her to lay down on her back. She refuses. He then walks to the back of the van and pushes her things off the seat in the cage and signals to her to get back in, so she does. The driver then follows her. Raquel tells him she will report him if he continues assaulting her. He pushes her into the van. She cries, thinking she is going to die. Raquel also thinks about how she should have stayed in her home country if this was how her life was going to end because at least she would have had more time with her children. The driver gets in the cage with her. She yells at him, telling him to stop because if he did not, she would tell someone. He finally stops, goes back to the front of the van, and drives to the airport.9

Raquel jumps, and runs out of the van as soon as she arrives to the airport. She is crying when an airport worker sees her. He comes up to her and asks why, to which she replies that the driver was touching her all over her body. The worker then calls others, and they all go to talk to her. One of the men speaks Spanish, and he translates everything. They tell her what happened is wrong, they ask for her information, and tell her that she will be getting a call from someone. Raquel then gets on her flight and leaves to another location in the U.S., where she will be living until her hearing.10

Weeks later, Raquel receives a call from ICE. They want her to identify the man who attacked her. ICE officials then go to visit her, so she is able to identify the man. She tells them who it was, and they tell her they will fire him, so “he couldn’t hurt anyone else.” Before they leave, they give Raquel a list of free immigration lawyers, but when she calls, no one answers, and no one calls back, even though she leaves messages telling them she is “desperate” and “didn’t know what to do.”11

She is left traumatized, afraid of everyone, both men and women, especially if they get close to her or touch her. She also cries every night, has a difficult time sleeping, and sees the man who hurt her every time she closes her eyes. On top of that, she “felt dirty all the time” and “took two showers every day.”12 Raquel left her home in Central America to escape violence and the death threats she was receiving, and instead of protection and safety, she found abuse and degradation in the United States.

Sadly, Raquel is not the only one who has faced this type of abuse while in ICE detention. Between 2012 and March 2018, there were 1,448 allegations of sexual abuse filed with ICE, and in 2017 alone, there were 237 allegations.13 Also, according to documents obtained by the ACLU, “sexual abuse allegations have come from nearly every state in the nation that houses an immigration detention facility.”14 Women and girls in detention are more prone to this kind of abuse because they are a smaller population of those detained.15 Another reason is that guards and staff hold power over the people detained, therefore “any lack of accountability… leaves women vulnerable to danger of sexual assault.”16

While some sexual assault cases are reported, investigations indicate that many are not. They are usually under-reported in these immigration detention centers because people are afraid of retaliation, social isolation, language barriers, and due to the fact that they know that these allegations are not seriously investigated.17 Mark Whitburn, a senior staff attorney for the ACLU of Texas explained that many of the detainees “may not be aware of their rights or they may be afraid to exercise them.“18 The reason for this is because they are unsure of what the outcome will be, and many believe that if they report the abuse, they will be even more likely to be returned to their home countries.19 Detainees also do not know how to report these incidents because they are never taught how.20

From January 2010 to July 2016, the Department of Homeland Security received 33,126 complaints of sexual and physical abuse, but they only investigated 570 of those.21 This signals that these cases are not important to them. Another issue is that when people report these abuses, they are often not given the resources needed. Claudia Leiva Deras tells the ACLU that she “didn’t receive a physical examination, STD testing, mental health care or counseling.22 Claudia also states that she was told that immigration does not pay for those things, and she only received a Tylenol from them.23 In addition, those who face this type of abuse while in detention have no way of telling somebody who they do trust because their families often live far away, and their immigration status may block them from visiting.24 Not only that, but telephone calls are limited and cost money. Telephone companies establish contracts with facilities and they charge detainees as much as $5 for calls.25 Further, 84 percent of those detained do not have any legal representation.26 This shows how people do not get any help to actually get justice for what happened to them. Now, in some instances, even if women have legal representation, they still do not get the help needed. The reason being because jail facilities fail to give women the chance to have a private telephone conversation with their lawyers, therefore, they cannot tell their lawyer of the incident until they are able to meet in person, which can often take months.27

Congress passed the Prison Rape Elimination Act in 2003 to prevent and protect people against sexual assault while in detention all over the country, but it took the Department of Homeland Security until 2014 to finish regulations to implement this.28 Though that is the case, even with the regulations, the Department of Homeland Security’s standards “do not protect immigrants in all detention facilities because the agency has taken the position that those requirements can only apply when the agency enters into new contracts or renews or modifies old ones.”29 In addition, in 2017, ICE requested destruction of sexual assault records ranging from 20 years to the National Archives and Records Administration.30 The National Archives and Records Administration provisionally approved the proposal, claiming that the records “do not document significant actions of Federal officials.”31 As Victoria López from the ACLU mentions, having this proposal approved would be would be a terrible action towards the people who have faced sexual assault while in detention because having a “record of ICE’s actions, its policies and investigation can be an important step toward vindicating” the rights of those who have gone through this.32

Risking one’s life to seek asylum in the United States can pale in comparison to the continued abuse, prolonged detention, and the grim prospects of human rights violations suffered by the women in ICE custody while simply trying to survive. Many of these women fled their countries because the police and their governments failed to protect them and often partake in their persecution. Yet the United States’ rhetoric has so dehumanized immigrants, refugees, and asylum seekers, that many of them find similar patterns of human rights violations at the hands of agents and contractors working for the U.S. Government. Thankfully, organizations like the ACLU, RAICES, as well as others provide legal representation for abused immigrants and asylum seekers. If you know someone who faced abuse in ICE detention please help them reach out for legal representation.