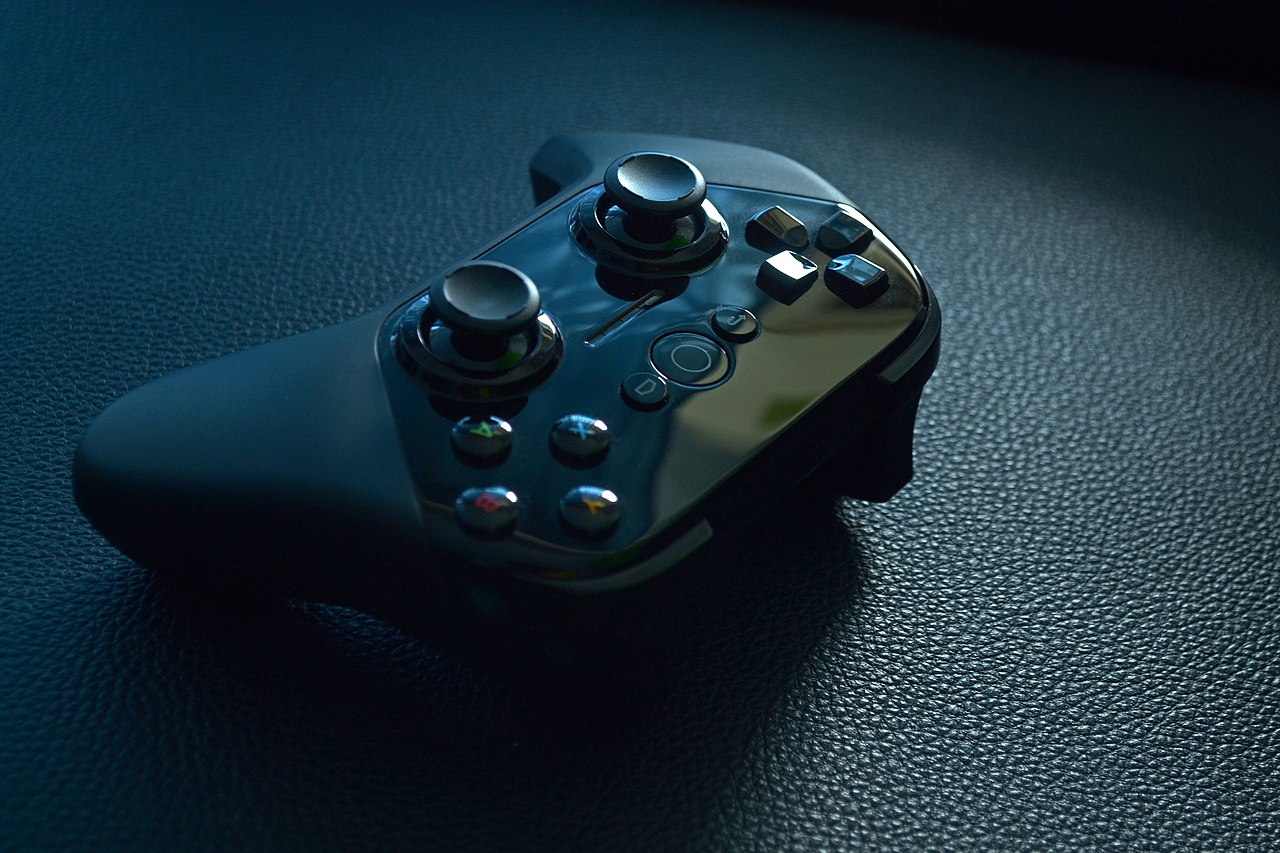 In 2017, a new video game hit an extremely competitive video game market. This new game was Fortnite, and it became popular almost immediately with young teens and tweens.  Fortnite has a style similar to cartoons — it looks like a cartoon that could be shown after a show like Mickey Mouse Clubhouse.  However, the problem is that this cute game is rated “T” for Teen.  It is not a game meant for children because it is a first-person shooter game where the player shoots other players.  This rise in popularity of Fortnite has caused us to once again consider the question:  Does playing violent video games lead to an increase in violence?

Fortnite created a great deal of discussion as soon as it was released, because, basically, it offers players a cute way to kill other people. In addition, most adults know very little about this game. They see its iconic adorable llama piñata in the store with its vibrant, fiesta-like colors.  People might see Fortnite-themed party and school supplies, and assume that this game is meant for little kids.  But these adults do not realize that when you are the last person standing, after shooting all the other players, your avatar dances a victory dance.  Yes, that’s right. Kids playing this game are dancing in victory over the death of others. 1

The avatars in this game look like regular people.  While they may not be as realistic as the avatars in Call of Duty, they definitely look more human than any character in Minecraft, and they appear more personable than characters like Mario and Luigi.  Children pretend to shoot other people and then celebrate their deaths with a dance, called “emotes.”  Some emotes are free but the more popular emotes cost $2 to $5. Yes, you read that correctly. Kids pay extra in order to celebrate the death of others in a video with the most exciting dance possible.

Because of its appeal to such a young demographic, we must ask: does playing violent video games lead to increased violence?  Researchers have been trying to answer this since 1990 when Mortal Combat was first released.  At the time, it was described as the most violent video game ever made.  Mortal Combat was categorized as a “fighting game.”  It is still popular today, and you can currently purchase Mortal Combat 11 for about $30 at Best Buy. This popular game has also spun off a number of movies and other video games.

Largely because of the creation and popularity of Mortal Combat and other video games like it, the Entertainment Software Rating Board was formed. Based in the United States, this self-regulating group is the organization that rates video games according to the appropriate consumer group. This non-profit organization formed after a series of Congressional hearings in 1993. While ratings are voluntary, meaning they are not federally mandated, many stores and all console manufacturers require games to be rated. This was a compromise between the federal government and the video game manufacturers to avoid federal regulations. The system is similar to that used by the Motion Picture Association of American Film in that both rating systems are put in place to rate their respective media. 2

Even before researchers studied video game violence, they looked at the effects of video games in general.  As early as 1984, M. H. Klein, in “The Bite of Pac-Man,” describes a first look at video game addiction.  Researchers didn’t yet call it addiction, but they described kids skipping school and using their lunch money to play video games. In this early research, they also used a lot of the same language as they would use to describe substance abuse. The early research was important because it gave researchers exploring the effects of video games a starting point, which they could expand upon as they learned more about the topic.3

Some of the earliest studies concerning video games and violence didn’t separate video games from other types of media, like television and movies.  The problem with much of the early research is that it just sort of lumps all of these forms of entertainment together.  The main idea, at this time, was that watching violent content primes one’s neural networks for aggression.  Leonard Berkowitz described this in the Cognitive Neoassociation Model of Aggression as early of 1984, before Mortal Combat was released.  In other words, this model explains that the more times a person views aggression, the easier it is for them to be aggressive themselves. Berkowitz followed this up with more research in 1990 and 1993.4

In 1982, before Mortal Combat was released, C.E. Koop, the Surgeon General of the United States under President Reagan, was already concerned about the rewards for the players.  When a person watches a movie where violence happens, the watcher is not rewarded.  Whereas a player is aggressive in a video game, they are directly rewarded, by getting points, receiving an extra power-up, or move to higher levels.  At the time when Koop expressed concern, most video games were just blasting pixelated space ships or centipedes.  When Mario Brothers was released in 1983, that was considered violent by researchers. Mario Brothers was considered violent due to game mechanics where player had to stomp on pixelated turtles and other enemies. 5

From all of the talk of violent video games, the state of California wanted to help. This is a Supreme Court case stemming from the 2005 California Law forbidding sale of a violent video game to anyone under the age of 18. The games had to be labeled with the Entertainment Software Rating Board rating plus other more clear labeling. The Supreme Court overturned this law 7-2 because was too inclusive. “…the act is greatly over inclusive, not all the children that are prohibited from purchasing violent videos have parents who disapprove of their doing so.” The Supreme Court used the same reasoning as used in obscenity cases. 6

As Fortnite‘s popularity grew each day, many discussions were being had about this vividly-colored yet violent video game. The game has been described by many people as a cross between the cubed game Minecraft and a first person shooter game. The game of Fortnite has various game modes from which users can choose to play. Some of these game modes include, Fortnite: Save the World, Fortnite Battle Royale, and Fortnite Creative.7

Fortnite: Save the World is a game mode where the players compete against the environment. It is the classic conflict of Man vs. Nature. Teams of four players work together to achieve common goals throughout the mode. As an example, you might find yourselves attacked by zombie-like hordes while trying to accomplish your mission. Players like this mode because they can work together and it seems more social.8

As its name implies, Fortnite Battle Royale features a player versus player battle style game, Man Versus Man. This is the game mode where the most violence is displayed. A player is placed in an environment with up to 100 players. As the game progresses, the battlefield shrinks, forcing the players closer and closer together until there is only one player left. The last avatar standing wins, and then gets to perform their victory dance.9

The last game mode, Fortnite Creative, is usually referred to as a “sandbox” game mode. In other words, this mode gives the player increased freedom to create whatever their heart desires, like building sand castles. Unlike MineCraft, where the player has complete freedom in creative mode (basic building blocks that can be used to construct anything a player can imagine), Fortnite Creative has basic building pieces already completed, its just a matter of how the player puts it together. Walls, stairs, windows, doors, etc. are pre-made and the player puts them together to compose their world.10

In order to promote the game, the developer, Epic Games, placed in game objects into the real world for people to find. A few examples include the Fortnite Llama that was found in four European city and the Burger (which looked like a burger with eyes and tongue) that was found in a California desert. These items created a lot of buzz for the game on social media. Once posted on social media as a found object, other players rushed to find the item and post their own selfie. This was a very effective and creative marketing tool.11

More scientific studies show mixed results.  In 2013, a group of researchers in the Netherlands published a paper identifying positive effects of playing any type of video games, including violent ones.  Published by the the APA, the paper outlines certain benefits from video games.  The researchers did not ignore the previous studies showing negative affects, specifically aggression, but stated that sometimes kids develop better spatial skills necessary in science and engineering.  It may seem counter-intuitive, but the researchers also noted improved social skills.12

In 2015, American Psychological Association published a resolution concerning violent video games.  The APA compiled the research of over 20 studies from 1988-2013. The APA states a lot of scientific research shows an association between video game playing and aggressive behavior. However, there are a lot of holes in the research. The APA resolved to educate the public on this association but also to fund more studies. Researchers have not studied the difference between male and female gamers, children under the age of 10, or the amount of time spent playing violent video games. Studies haven’t examined the degrees of violence in various games and how that affects aggression. They need to further study game ratings. A huge area of study that is missing, according to the APA, is longitudinal studies. In other words, studies that follow the same kids over a decade or more. 13

Another study done by Andrew K. Prcybylski and Neta Weinstein studied adolescent gamers who played violent video games and compared their level of aggression to those who did not partake in violent video games. They predicted that playing violent video games would make those adolescents more aggressive. Prcybyski and Weinstein did not find this be true. They could not correlate the recent playing of violent videos games to increased aggression. This was a study that included over 1000 14-15 year olds from the United Kingdom. It included about 550 boys and 450 girls. The caregivers were responsible for reporting behavior.14

Fortnite does not seem to be dying in popularity and elementary school teachers report many younger kids playing the game.  GamesRadar.com, an online gaming magazine, states that Epic Games reports over 250 million players.  This number includes everyone that has ever played.  However, in 2018 alone, Fortnite had 50 million new players.  How playing this game is affecting kids seems to be unknown.  Not only do the studies give mixed information, they do not separate one game from another and do not follow gamers over a long period of time or study young children.  There is much work to be done in this field in order to make parents feel more secure in screen time activities.