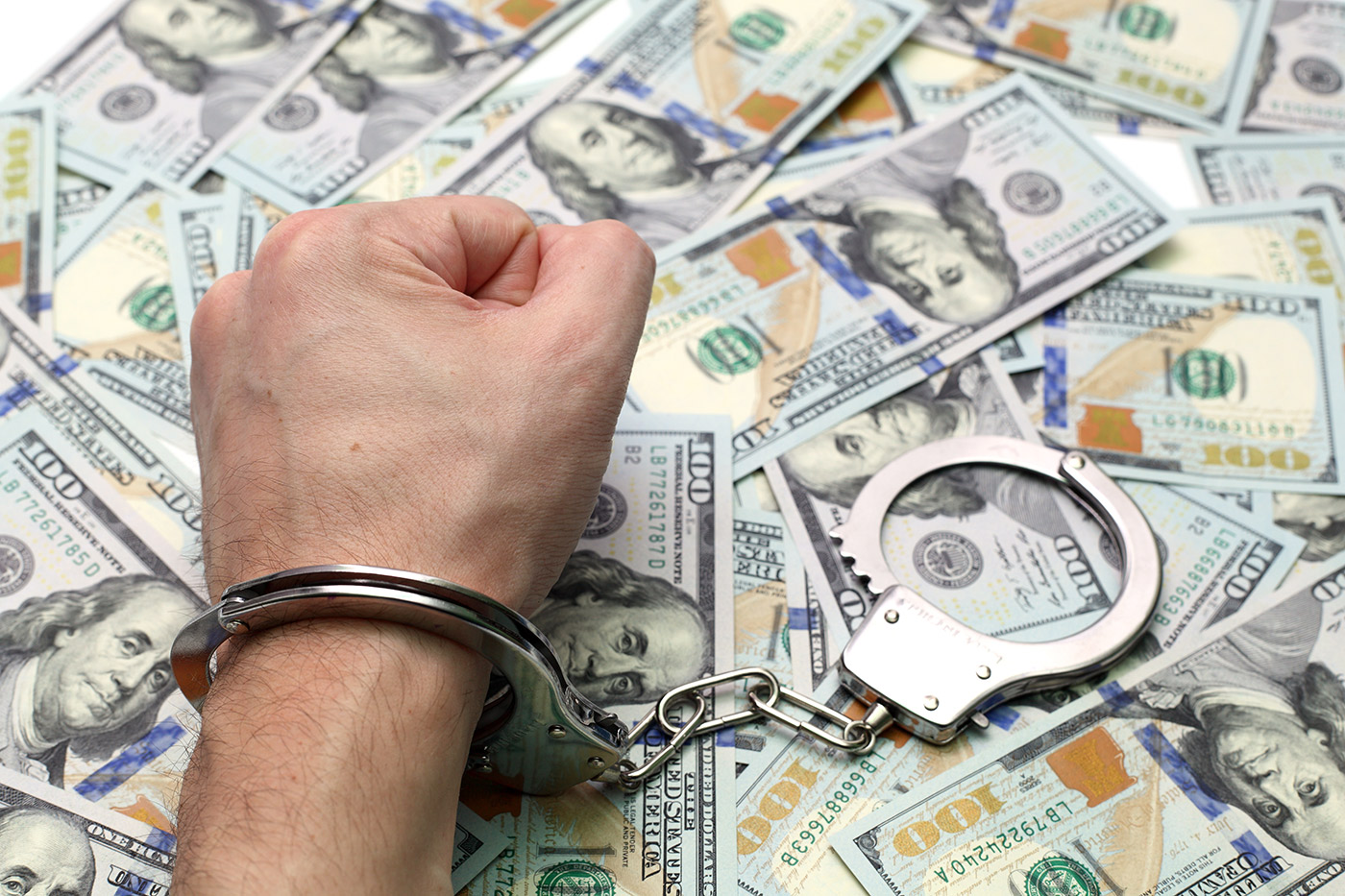 Kalief Browder, an African American sixteen year old from the Bronx in New York City, was walking home from a party with his friend when he was stopped by police unexpectedly and charged with an alleged theft in 2010. The accuser, Roberto Bautista, was sitting in a police squad car and identified Browder and his friend as the thieves. The theft was a backpack that was said to contain $700 dollars, a credit card, and an iPod Touch.  In his interrogation, with police, Kalief Browder insisted that he had not robbed anyone and that neither the backpack nor its contents would be found in his possession. Browder and his friend were then taken to the precinct where they were processed and taken to central booking. Within the following 48 hours Browder was interrogated and charged with robbery, grand larceny, and assault. At arraignment, bail was set at $3,000 dollars. If Browder’s family used a bondsman the amount would be ten percent plus fees or around $900 dollars for his bail to the bondsman. The bondsman would then post the entire bail amount with the court. The family could not pay $900 resulting in Browder remaining imprisoned at Rikers Island for the next three years.1

As in the case of Browder, often times those who cannot afford bail are incarcerated and subjected to the trauma of being imprisoned before their trial. This can result in the defendant losing his or her job, home, and children. While the accused is jailed, the prosecutor for the assigned case will frequently attempt to make plea deals with the defendant, claiming that if they just plead guilty, they will not have to be subjected to the reality of spending their time where they are already held. For the next three years, Kalief Browder was visited over and over again to be persuaded to plead guilty by his appointed legal defender. After a year had past Browder’s case was falling apart, there was no evidence, the eye witness was no longer in the country, yet Browder was still incarcerated at Rikers.2 His trial was delayed, the prosecution sat on his case for another two years until the judge finally released Browder as innocent. Unfortunately, Kalief Browder, lost his innocence along with three years of his youth even as he was not guilty of the crime. The trauma from his incarceration made him unable to attempt to go back to living out his life. Within a short time after being released he committed suicide due to the trauma he developed during his time in Riker’s.

Debtors jail in colonial America was used to lock up those who owed money to the government. In today’s society, it translates into the cash bail system. 4 The for-profit bail system in the United States is used to keep those who are accused of breaking the law from harming anybody else or to be sure the accused will appear in court. If the accused is unable to pay the bail at the time of the arraignment, they may use a bondsman or they will remain incarcerated until their trial. For the poor, it is the latter. For Kalief Browder it was the beginning of the end. Only two countries in the whole world have a cash bail system, the United Sates and the Philippines. The cash bail system results in unnecessarily imprisoning citizens who do not pose as a threat to society and who most likely are not a flight risk. No pre-trial information is given to a judge before setting bail and there are no set standards on setting the amount for bail per case.5 Those who are wealthy enough to pay avoid the scarring effect prison has on one’s life. But for those who cannot afford bail, they face violence behind bars, debt, isolation, and at minimum a harsh punishment for those later found innocent, as in Kalief Browder’s case. This has created a two tier system in our judicial process. The first tier are wealthy offenders who can post bail and the second tier is everyone else who cannot afford equal justice or treatment.

Statistics show that 60 percent of people in jail from 2005 to 2015 were in jail awaiting trial. Three fourths of these individuals were accused of nonviolent crimes.6 This is alarming. On a national level, the United States imprisons persons who are essentially living in poverty and who are more susceptible to being involved or accused of a crime. In some instances, the court can grant “release on one’s own recognizance” or ROR. However, this is determined on a state by state standard. An example of this would be New York, the judicial system there would be more willing to grant ROR if the individual has a cellphone, has had a New York address for a year and has a job.7 These may seem like easy standards to meet, but consider those who are homeless, unemployed or cannot afford a cellular service on a regular basis. Their fate rests upon pre-trial bail. The bail money that the defendant does not have, requiring a bondsman, but not always attainable either.

A bondsman requires collateral and ten percent of the bail as set by the court. Once the defendant goes through trial, the bond money is returned to the bondsman who retains it for the service plus the original fees. If the defendant fails to appear in court then the court calls on the bondsman to pay the full bail. Bondsmen protect themselves with an insurance.9 For some, this can seem a fair process. For others, bail is simply unattainable in full or in part. In Kalief Browder’s case, his family may not have owned anything to put up for collateral and was not able to put up the ten percent (plus fees). Kalief Browder and many other citizens of the United States, have a price on their freedom. Contradicting both the Fourteenth Amendment of United States Constitution and Article 11 of the Universal Declaration of Human Rights. We are all innocent until proven guilty and we are all entitled to our freedom without collateral or a fee.10

This article truly captures the corrupt and how truly the lower classes are at disadvantage. I think it’s truly sad how even after the case was falling apart Kalief wasn’t released, he was truly suffered in the prison and lost his mind and sadly committed suicide because of the trauma he experienced. This article is a true eye opener.

Its very disturbing to think that two people could have committed the same crime but just because one person has money they are not going to be in jail. Having this type of system does favor the rich. Having money in this instance is like having a get out of jail free card. For profit bail has to be changed I think its inhuman and unfair to have this standards. This shows that the United States runs on money and in some circumstances it can be detrimental to the society.

As sad as it is, the harsh reality of the world we live in involves the corruption of our government. It’s crazy that even though there was no evidence against Browder, he was still charged with robbery, grand larceny, assault, and put in jail for three years to await trial. What’s truly heartbreaking is that he had committed suicide after being released. The cash bail system is a prime example of the advantages that certain economic classes have over others, and it must be put to an end.

It’s sad to see how the most powerful country in the world treats 90% of their population. Middle class and Lower class have the hardest lifestyles. They’re put up against the large corporations (banks) in the world. Our system is corrupt and it will change. Working class will not have to live on the edge anymore. Profits is what has become the goal in thus country. Humanity and Morals do not exist anymore. This was a great article to express that. There are many more stories like this one out there, but they are kept secret.

This was my first time reading about Browder’s case but I found the article to be very informative. As for Browder, I think it’s extremely sad that he had to go through that and the fact that he took his own life shortly after being released is upsetting. I know cases like these happen often and it’s pretty sad for the U.S to have yet to anything major to improve the system.

This out-dated system is another factor that contributes to the economic wage gap and overall disadvantage in opportunities for people of lower-income. When you pair this with the unbalanced targeting of law enforcement on lower-income communities, it results in generational oppression that confines the victims and their families to a life of poverty. I would be really interested to see more ways in which states are going away from this system, like the ROR that was mentioned. Maybe the recent protests to defund law enforcement will bring about the much-needed change of these systems.

Of all the issues that I have had and thought of regarding the justice system, this is not one that I thought much of before reading this article. So after reading this rather informative article, I can certainly see how there are issues related to our bail system. Information like the 60 percent statistic in the fourth paragraph are pieces of information that are very relevant to this issue that I wish were more popularized and known.

Browder’s story reminded me of the movie Shawshank Redemption. Citizens are supposed to be innocent till proven guilty. Being held in prison before being convicted is inhumane. The criminal justice system clearly needs reform. It has a pattern of targeting the poor and African Americans. Law enforcement continues to be seen wrongfully taking black lives. The Black community has continually demanded change to no avail.

I never thought about the inequalities of bond. However there of course has to be a private hand in the bond business. I think its the same with private jails. Nothing concerning the jail system should be privatized and for profit. I think its interesting that we still allow public services to be privatized, when the private companies should be assisting the public sector in its efforts.