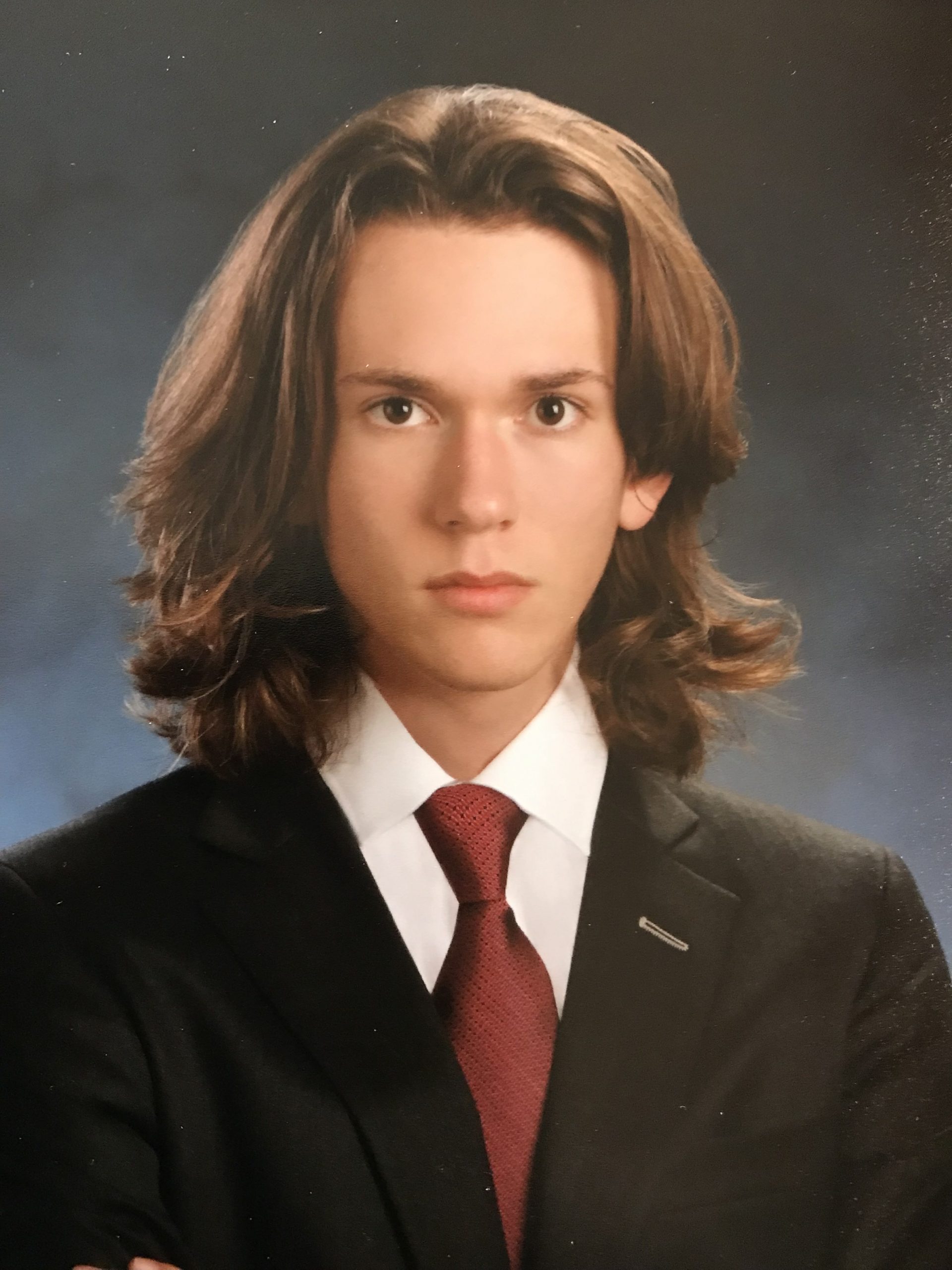 God’s Covenant with Abraham is the foundation of the Jewish, Christian, and Muslim religions. Although the origin of the idea and practice of covenant is argued among scholars, the influence on the modern world is undeniable. This is the story of God’s covenants with Abraham.1

In the land of Canaan, there was a man by the name of Abram. He was the leader of a tribe that all worship one god, Yahweh. Abram’s god told him many years earlier that he would be the father of a great nation. However, Abram and his wife Sarai were very old, and he didn’t think it was possible to have children. Unfortunately, God had not yet blessed him with a son. With no heir, everything he’d worked for his whole life was in jeopardy; the land, his family, his faith in Yahweh. Could this be the end? How was Yahweh going to pull this off? However, Abraham never lost faith. Yahweh would somehow keep his word.

In Ur of the Chaldeans some eighty-five years earlier, a man named Terah had three children: Abram, Nahor, and Haran. Terah and his family lived in the Ur of the Chaldeans for many years until tragically, Terah’s son Haran died. Terah took in Haran’s young son Lot as one of his own, and Nahor married his daughter. After this, Terah decided to move his whole family to Canaan. However, after they came to the city of Harran and they saw opportunity there, they decided to stay. As Abram worked under his father, he accumulated many possessions and slaves. Then, one day Yahweh came to Abram and made a covenant with him. He told Abram to leave his father’s house and go to the land he would show him. Abram agreed by taking everything he owned, and with his nephew Lot, they set out. After this, Abram and everyone in his house followed only Yahweh.2

In the Hebrew scriptures, the initial call to Abraham is very important because it represents the beginning of God’s new relationship with humanity since the Flood. God’s speech to Abraham has a couple of noteworthy themes. Desmond Alexander states in “Abraham Reassessed Theologically,” “First, the fulfilment of the divine promises is conditional upon Abraham’s obedience. Secondly, the primary motive behind the call of Abraham is God’s desire to bring blessing, rather than cursing, upon families of the earth.”3

After many years of traveling through the Middle East, a short excursion to Egypt, and a feud with his nephew Lot, Abram was getting older and still had no heir. One evening, Abram went for a walk outside of camp, and Yahweh appeared to Abram. “Do not be afraid, Abram. I am your shield, your very great reward.”4 Abram responded with his concerns: since he had no heir, who would inherit Yahweh’s promised land? He asked whether a servant from his household could be the bearer of the promise, but Yahweh refused this and told Abram his own flesh and blood would be his heir. Yahweh assured Abram that he would be the father of many. Abram believed him, but he wanted to know for sure. So, Yahweh asked Abram to bring him a heifer, goat, and ram, all of which had to be three years old, along with a dove and a pigeon. He laid them all on the sacrificial alter and cut them all in two. The birds began feasting on their carcasses, but Abram brushed them away, and he waited. Suddenly, Abram felt extremely tired, and he fell into a deep slumber, and he heard Yahweh’s voice in the darkness, “Know for certain that for four hundred years your descendants will be strangers in a country not their own and that they will be enslaved and mistreated there. But I will punish the nation they serve as slaves, and afterward they will come out with great possessions. You, however, will go to your ancestors in peace and be buried at a good old age. In the fourth generation your descendants will come back here, for the sin of the Amorites has not yet reached its full measure.”5 As Abram woke up from the darkness, he found the line of carcasses on fire, as if Yahweh had “signed the covenant.” And by that act, God renewed his covenant with Abram.

The covenant of Genesis 15 is interesting because of how specific it is. It makes you ask the question, “Where did this idea come from? Was it a common practice in Abrahams time?” Somewhere near the border between Syria and Turkey, ancient stone tablets written in Old Babylonian script were discovered. These tablets are called the Alalakh tablets, and date from around the second millennium BCE. This time period is thought to be around the time that Abraham was alive. These Tablets describe rituals that are similar to this one in Genesis 15. So, we can conclude that a ritual like this might have been common in Abraham’s time. Richard Hess, in his chapter “The Slaughter of the Animals in Genesis 15,” from the book He Swore an Oath, Biblical Themes from Genesis 12-50, translates one of these tablets:

Swore an oath of the gods to Yarimlim

and he cut the neck of one lamb (saying):

After living in Canaan for ten years, Abram still had no heir. Abram’s wife Sarai became impatient and believed Yahweh was keeping her from having children. So, she convinced Abram to sleep with her slave Hagar, so they might start their family through Hagar. Abram agreed. He slept with Hagar and she became pregnant. However, this upset Hagar and she began to hate her mistress. Sarai began to mistreat her, so Hagar ran away. But, she didn’t get far; an angel of Yahweh came to her and told her to go back immediately and submit to her mistress. The Angel promised to make her descendants many, and insinuated that her son would be the black sheep of his brothers and sisters. So, she went back and gave birth to her son Ishmael.7

Thirteen years after the birth of Ishmael, Yahweh suddenly appeared to Abram, and Abram instantly fell to his knees. Yahweh changed Abram’s name to Abraham, which means “father of many” in Hebrew. Furthermore, he changed Sarai’s name to Sarah and promised her a son. When Abraham heard this, he laughed. How could a man of 100 and a woman of 90 possibly have a child? Was Ishmael not worthy of his blessing? Yahweh assured Abraham that Ishmael would be blessed and have many children. However, Yahweh said he would establish his covenant with Sarah’s offspring, and his name will be Isaac. All Abraham had to do was circumcise himself and all of his household. Abraham and Ishmael were circumcised that day, along with everyone in his household, including all male slaves.8

Why did God make another covenant in Genesis 17 with Abraham right after Genesis 15? The covenant that includes circumcision differs greatly from that of the slaughter of animals. The most prominent difference is that Genesis 15 was an unconditional covenant, whereas Genesis 17 is a conditional covenant (the condition being to cut the foreskin of one’s penis.) The covalent of circumcision establishes Abraham as the father of many nations. Desmond Alexander from He Swore an Oath, Biblical Themes from Genesis 12-50, explains the significance of the name change. “By changing Abram’s name to Abraham, God underlines the importance of the fact that he will be the father of many nations.”9

Just as Yahweh said, Sarah became pregnant, and it was a miracle. When the baby was born, Abraham named him Isaac and circumcised him just as Yahweh had commanded him.10 Abraham had finally gotten everything he wanted: his promised land, Yahweh’s blessing, and a healthy son.

Years later, when Isaac had grown up to be a young boy, Yahweh came to Abraham once more. He instructed Abraham to go up to the mountain and sacrifice Isaac. Seemingly without hesitation, he woke up early in the morning and gathered what he needed for the sacrifice. He woke up Isaac and did not tell him anything; Isaac just assumed they were doing a routine sacrifice. They arrived atop the mountain that Yahweh had shown Abraham. He began to construct an alter, and then Isaac asked, “We have everything we need, but no lamb. Father, where is the lamb?” Abraham turned and paused for a moment, “God will provide a lamb for us my son.” He then grabbed Isaac and bound his limbs to the alter. He then gripped his knife and was ready to strike. Suddenly, Abraham heard a voice “Abraham! Do not lay a hand on the boy! Now I know you fear God because you were willing to sacrifice your only son.” After that, a ram appeared from behind a nearby bush; so, Abraham sacrificed that instead. As Abraham looked upon the fiery corpse, he heard the same voice once more: “I swear by myself, declares the Lord, that because you have done this and have not withheld your son, your only son, I will surely bless you and make your descendants as numerous as the stars in the sky and as the sand on the seashore. Your descendants will take possession of the cities of their enemies, and through your offspring all nations on earth will be blessed, because you have obeyed me.”11

Genesis 22 serves as the conclusion of the the main Abraham narrative. All that Abraham was promised is guaranteed by divine oath. Furthermore it shows Abraham upholding his covenant with God in Genesis 17. Desmond Alexander from He Swore an Oath, Biblical Themes from Genesis 12-50, pointed out the specific section of the covenant Abraham fulfilled in Genesis 22.  “He shows beyond doubt his willingness to walk before God and be blameless.”12

With that, Yahweh’s final covenant with Abraham was complete.