The Upbringing of Genghis Khan 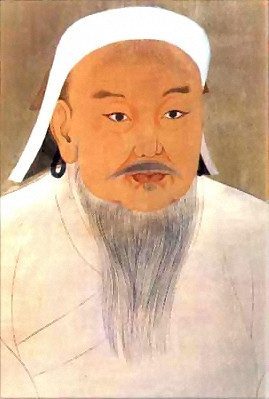 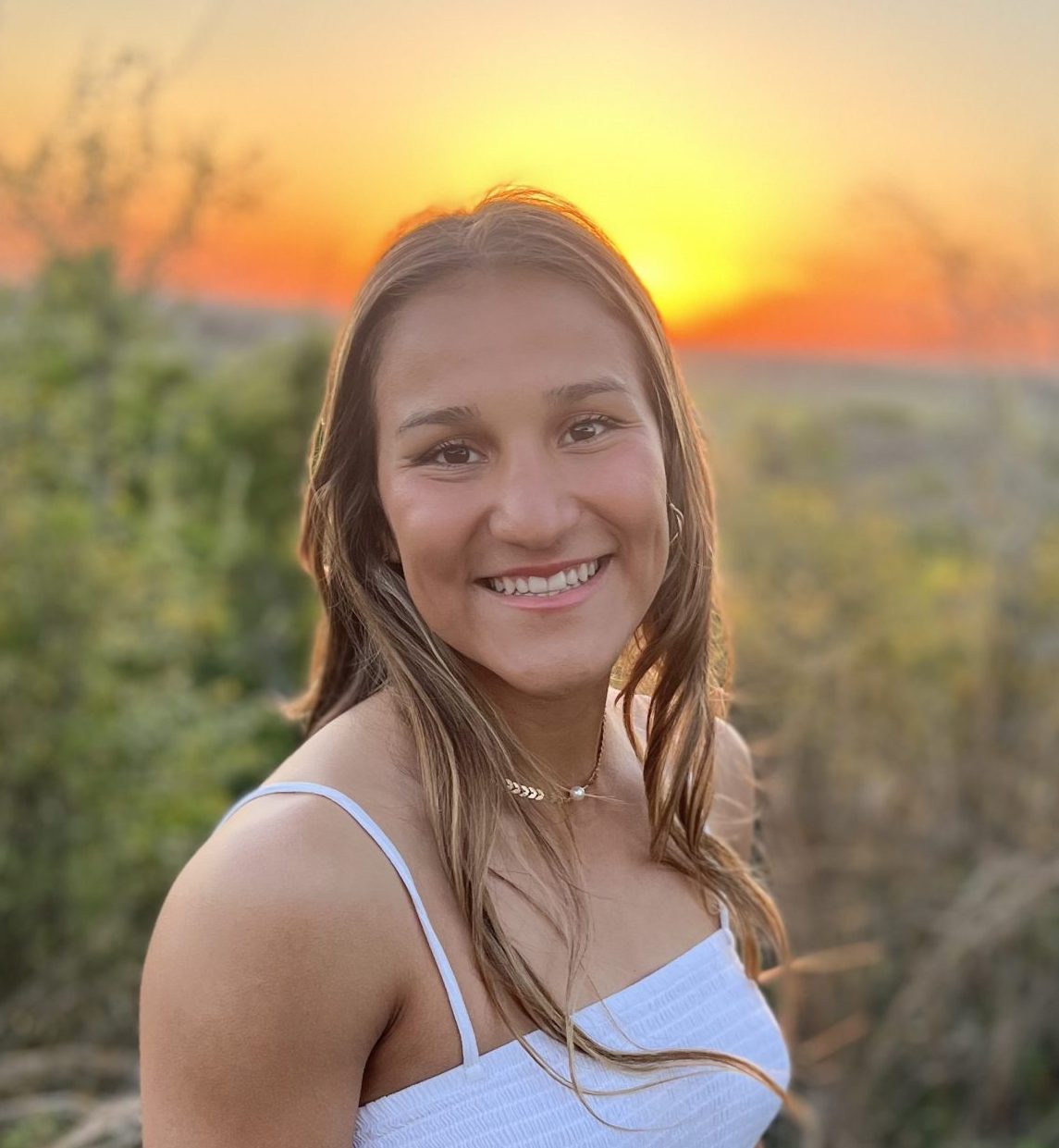 Anger and revenge rushed through Temujin’s body after he saw how his once good friend had betrayed him. They had goals to conquer the world together. They had dreams of being the strongest people alive. However, everyone must awake from their dreams sometime or another. Temujin and his best friend Jemukha were inseparable; no one thought they would see the day that they would be on the battle field fighting one another to their death. Temujin could not forgive Jemukha for what he had done to him, and now, the only thing he wanted was revenge. He would stop at nothing to take over his mortal enemy’s clan and become the strongest empire anyone has ever seen.

Before he became Genghis Khan, he was known as Temujin. His father Yesugei named him after one of the Tartar enemies he killed in battle. Scholar Paul Lococo remarks that “many Mongols believed the spiritual power of a defeated enemy might transfer to the victor.”1 Temujin grew up quite differently from what his reputation would become. He grew up in a world of violence, murder, and kidnapping. This world shaped him because of these appalling conditions. It made him into the strong instinctive boy that did not run from a challenge, but instead he would embrace them.2 He was a timid and scared boy growing up, and it is said that he was easily frightened by dogs. It was not until he was nine years old that he started to harden up.3

Yesugei set out for the Onggriat village, the same village where Temujin’s mom was from. He meant to find his young son a wife. After searching, he found the perfect girl. Her name was Borte. Both families came to the agreement that Temujin would stay and work at the Onggriat village until he was old enough marry. On Yesugei’s ride back home, he came across some Tartars. They seemed welcoming and asked him if he wanted to join them for dinner. Not questioning them, he agreed to join them. Later, he found out that they had had ill intentions for him and wanted revenge on Yesugei for killing some of their men. On Yesugei’s ride home, he fell sick. The Tartars had poisoned him. When Temujin had heard what happened to his father, he rushed back to his village as fast as he could. Unfortunately, he was too late;  his father had died before he got there.4

This event changed Temujin’s life and caused him to harden up at a young age. This taught him the harshness of the world and he knew that it would show him no mercy. To add to his challenges, the people in his tribe began to leave after his father’s death. They said Temujin was not strong enough to be their leader. This left Temujin and his family all alone. There was only Hoelun, Yesugei’s second wife, and her son, along with Temujin’s two other siblings. According to Don Nardo he states, “Hoelun and the other women scrounged for berries, roots, fish, mice, and whatever else, they could find to feed the family, which, thanks to them, they survived.”5

During this time, Temujin befriended a boy names Jamukha. He was a slightly older boy who was part of the same tribe. These boys instantly became inseperable. They did everything together and became best friends. They wanted to seal their friendship forever so they decided to become blood brothers or andas. Don Nardo writes, “the ceremony of blood brotherhood, was where each boy swallowed some of the other’s blood. It was thought in this way they would exchange a small part of each other’s soul.”6 They vowed to love each other forever, and in their tribe it was said that when two men become anda, their lives become sealed as one. One would never desert the other and would always defend him.7 This would go on to be an ironic part in Temujin’s life, and he would not know how this act he made when he was only eleven years old would come full circle when he would become older.

All the while, Temujin became a more aggressive child. He and his older half brother Bekhter did not get along. Since Bekhter was the oldest male in the family, he thought he was obligated to boss his other siblings around. Temujin was not one to follow another’s orders, and they often fought. Bekhter would often steal the other siblings’ rations, and one day he stole Temujin’s. Temujin was not happy about this and he wanted to be rid of Bekhter. So he and his younger brother came up with a plan to lure Bekter into the woods alone, there they would shoot him with an arrow killing him. This would be the first person Temujin would kill, but most certainly it would not be the last. Hoelun was furious at Temujin’s actions and scolded him for what he had done.8

Word traveld fast about what Temujin did. When the Targutai tribe caught wind of it, they decided to capture Temujin, to stop their fears of him growing up and becoming a strong and powerful leader like his father had been. At the age of fourteen, Temujin was captured and they put him in a cangue, which was a heavy wooden harness that closed around a captive’s neck.9 Temujin was witty though. He planned his escape carefully. And one day when all members the Targutai tribe were off celebrating a feast, some members of the Targutai tribe took pity on Temujin. He attacked the boy guarding him and fled into the bushes nearby. Knowing that they would search the grounds, Temujin stayed close, because he knew they would not think to look where he was hiding. The family then helped get Temujin out of the cangue and gave him food and set him free.

After his escape, people started talking about how strong and smart Temujin was. He began to get a reputation. Now sixteen, he decided after all these years that he wanted to go get his bride Borte. When he went to his soon-to-be bride’s tribe, he was surprised to find out that they were her family and had heard good reports about him and were greatly impressed by Temujin and the fierceness he showed. They agreed to let them marry. As a marriage gift and tradition, Borte’s father gave them a fur coat. The couple used this coat wisely. They used it as an offering to a powerful tribe called the Keraite. They wanted to make an alliance with them, so they could strengthen their clan. The leader of the tribe was Ong Kahn, and he happened to be Temujin’s father’s blood brother. Ong Kahn accepted this offering and took Temujin in as a step son. Not long after this new proposal, a tribe named the Merkits sought revenge on the Keraites. They kidnapped Borte, which enraged Temujin to fight to win his wife back. Ong Kahn gave him some men to fight with, and also, with word traveling fast, his good friend Jamukha came in to help him fight too. With all these men on Temujin’s side, the Keraite tribe did not stand a chance. Many fell away before the battle took place. Temujin then rescued Borte and brought her safety home.10

After this victory, Temujin began recruiting more people and expanding his tribe. With his growing reputation as a daring and strong leader, it did not take very long. At the same time, Jamukha was also building his own clan. Tension began to build between these two as both of their tribes were growing larger. They both had the same goal, which was to rule the Mongols. However, only one of them would get that title. They eventually knew what had to be done, and they declared war on each other. Jemukha had a larger army and defeated Temujin in the first battle. During the fight, however, Jamukha’s brother was killed, which outraged him, and he blamed his death on Temujin. Jemukha wanted revenge. In retaliation, he wanted to send his former anda a message, one that he would never forget. Jemukha boiled seventy of Temujin’s followers to death in large cauldrons.11 Once Temujin got word of what had happened, he knew he had to defeat Jemukha. The course of war was shifted after this event, as well as Temujin’s life and his feelings towards his anda.

Temujin took over Ong Kahn’s tribe after they tried to turn on him. Ong Kahn’s real son feared that Temujin was becoming more important in his father’s life than he was. He became jealous of Temujin and convinced his father to attack him so that he could not take over his tribe. Unfortunately, this did not work out, and Temujin’s men killed Ong Kahn and the son fled into the woods never to be seen again. After the takedown of the Keraite tribe, they joined Temujin’s clan, and now his tribe was even larger and ready to defeat Jemukha’s clan. Years later, the two met on the battle field again. They both fought a noble battle, and it ended with Temujin defeating Jemukha, but this time he was captured. Temujin had Jamukha right where he wanted him, but the memories of his best friend and blood brother were going through his mind. Temujin decided to show his former anda mercy, and said if he were to swear his allegiance and never break the bond of the anda again, then he would let him go. Jemukha was not in agreement with this proposition. He said the only way was to kill him. So respecting his friend’s wishes, Temujin ordered his men to have Jemukha wrapped in a blanket and crushed to death. None of the man’s blood was spilled onto the ground, which was considered for a warrior to be a way of dying a noble death.12

With Jemukha out of the way, Temujin became the biggest and most powerful ruler of the steppes. He accomplished his goal of becoming the ruler of the Mongols, and around 1187, his people began to call him by the title Genghis Khan, meaning “ruler of all.”13 Genghis Khan continued to conquer anything that got in his way. He united the Mongols and created the Mongol Empire. Genghis Khan did not stop there. He always wanted more, and he continued to expand his empire through conquest. He decided to explore and expand his tribe all throughout Asia, conquering any empire that was in his way. He also was adapting to new ways and technologies that made him even more powerful, making him unstoppable. Genghis Khan would go on to dominate most of Asia and become the greatest leader and ruler of all times. His journey to get there was one that showed perseverance and virtue, and that is why he is known as the Greatest Empire builder the world has ever seen.

My name is Abigail Delarosa I am in the graduating class of 2026. I am studying psychology here at St. Mary's. I am on the softball team here and in my free time besides playing sports I like to listen to music and explore the outdoors.
Author Portfolio Page