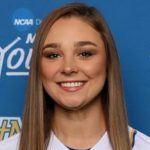 Herman Webster Mudgett, commonly known as H. H. Holmes, was born in 1861 in New Hampshire.1 Mudgett was born into an affluent family and lived a very privileged life as a child. Many thought that Mudgett was unusually intelligent as a child; Mudgett showed an interest in medicine, which was one of the first signs of his psychotic behaviors, for Holmes practiced surgery on many helpless animals.2 Mudgett began his criminal life with petty acts of fraudulence and scams. One criminal act that Mudgett committed is haunting. Holmes stole corpses while as a medical student at University of Michigan in order to perform experiments on the bodies.3

Holmes later became one of America’s first serial killers. Mudgett is most commonly known for his brutal killer tactics in a specially constructed home nicknamed the “Murder Castle.” What flaws did he make? Who would commit such crimes? We are going to find out… Through criminology, specialists investigate the criminal’s mind, and acts of crime. What were the possible motives of H. H. Holmes and the flaws he made in his murders?

Mudgett was said to be an affluent, privileged child; although, there is more evidence to look for in his childhood years to show the cause of his crimes. Holmes’ mother was said to have had a terminal illness that traumatized the family. Many serial killers encounter psychological trauma early on in their life that creates a mental disorder leading to their twisted thoughts and actions. Mudgett’s mother’s illness could have been a possible cause for his psychotic behavior. Another could be that Mudgett’s mother was unable to be saved from her illness, so he wanted to join the medical field due to his hatred of doctors.

Mudgett was an extremely intelligent man, which makes him an even more terrifying figure. In 1885, Mudgett moved to Chicago and came across Elizabeth S. Holton’s drugstore at the southwest corner of South Wallace Avenue and West 63rd Street in Englewood, where he found work at a local pharmacy, and where he began using his infamous name, Dr. Henry H. Holmes.4 He worked at the pharmacy for about two years, and eventually took over the business. Holton said he proved himself to be a hardworking employee, and eventually bought the store.

With the money collected as the new owner of the local pharmacy, Holmes purchased an empty lot across from the drugstore, where construction began in 1887 on a two-story mixed-use building, with apartments on the second floor and retail spaces, including a new drugstore on the first floor.5 When Holmes declined to pay the architects or the steel company, they sued him in 1888. In 1892, he added a third floor, telling investors and suppliers that he intended to use it as a hotel during the upcoming World’s Columbian Exposition, though the hotel portion was never completed. Furniture suppliers found that Holmes was hiding their materials, for which he had never paid, in hidden rooms and passages throughout the building.6 Their search made the news, and investors for the planned hotel pulled out of the deal when a jeweler in the building showed them the articles.7 When the third floor caught fire on the night of August 13, 1893, only a few people were in the building, all employees and long-term residents. Holmes had taken out insurance policies on the building with at least four companies, all of which promptly sued rather than pay. During the 1893 Columbian Exposition, Holmes opened up his home as a hotel for visitors. Unfortunately, many guests did not survive what became known as the “Murder Castle.”8

Many of these victims were women who were seduced, lured into the “Murder Castle,” and then killed. Other victims were lured there by the offer of employment.9 Holmes did not live in Chicago for long, because many people began to catch on to his trail. With insurance companies pressing to prosecute Holmes for arson, Holmes left Chicago in July 1894 to construct another “castle” along the lines of his Chicago operation.10 If Holmes would have kept out of the many building issues of the Murder Castle, he might have been able to get away with more killings in Chicago.

In July 1894, Holmes was arrested for the first time, on the charge of selling mortgaged goods in St. Louis, Missouri.11 He was bailed out, but while in jail he met a convicted outlaw named Marion Hedgepeth, who was serving a 25-year sentence. The two planned a wild scheme to deceive an insurance company out of $10,000 by taking a policy out on Holmes and then faking his own death to receive the money. The plan became too elaborate and involved too many people, which meant a greater split of money among the group. Holmes became outraged and killed a member of the group, Benjamin Pitezel, and his entire family. Frank Geyer, a Philadelphia detective, found the decomposed bodies of the two Pitezel girls in the Pitezel house cellar after co-wrokers were suspicious that Mr. Pitezel had missed two days of work.12 After removing the bodies, Geyer noticed that one of the girl’s feet had been removed. After discovering that the girl had club foot, he theorized that the killer had cut off her feet to prevent a distinctive identification of the body.13 Holmes was reported to have visited a local pharmacy to purchase the drugs that he used to kill another member of the Pitezel family, and a repair shop to sharpen the knives he used to chop up the body before he burned it.14 The boy’s teeth and bits of bone were discovered in the home’s chimney. Holmes’ murder spree finally ended when he was arrested in Boston on November 17, 1894, after being tracked there from Philadelphia.15 In October 1895, Holmes was put on trial for the murder of Benjamin Pitezel, and was found guilty and sentenced to death.16 By then, it was evident that Holmes had also murdered the Pitezel children. Following his conviction, Holmes confessed to 27 murders in Chicago, Indianapolis, and Toronto.17 Holmes gave various contradictory accounts of his life, initially claiming innocence and later that he was possessed by Satan. On May 7, 1896, Holmes was hanged at the Philadelphia County Prison, for the murder of Pitezel family and countless other murders.18

All in all, Holmes let his impatient manner and greed get the best of him. If Holmes had been able to keep to himself, he would have been able to get away with more than he did. His motives were unclear, but the illness of his mother and his unhealthy interest in medicine have a strong correlation with the monster that was created in Chicago. Serial killers are a breed of monsters, and understanding the minds of a different breed is almost impossible. Relations and inferences can be made, but no one will ever understand why one would commit such crimes to another form of life.

I am a Criminology major in the graduating class of 2021 at St. Mary’s University in San Antonio, coming from El Paso, TX. I am a student athlete for StMU, and I devote most of my time to softball outside of school. I am blessed to say that I spend my free time with my friends, family, and teammates.

This article was well written, the progression, and how you presented the information was well done. Serial killers have always been interesting, their reasoning for committing these crimes, is not always understood and many feel justified in their actions. Although the reason why Holmes committed these murders is not entirely clear, it is clear that something led him down that path.

The progression of the article, and how you presented the information was well done. Serial killers have always been interesting, their reasoning for committing these crimes, is not always understood and many feel justified in their actions. Although the reason why Holmes committed these murders is not entirely clear, it is clear that something led him down that path.

Great article! I do agree with what you said about serial killers encountering “psychological trauma early on in their life that creates a mental disorder leading to their twisted thoughts and actions”. Most of the articles I have been reading about serial killers all start with a troubling childhood or bullying. However, we have almost all been bullied, that doesn’t justify killing people.

While reading the article i was wondering how come animal disemboweling, not that i do it, but is often seen as the first since if a psychotic person it could just be a sign of an overly curious individual. now his early petty crimes are a signal of the bigger crimes that he will commit later in his life. one thing that i couldn’t find was the crime of haunting as how does a human haunt and if so looking on a google search came up empty handed. i found it interesting that people who had traumatic psychological event growing up are susceptible to an increase in mental disorders, and criminal activity.its scary to think that one could b e just thinking there checking into a hotel and them bamm murdered and how much evidence he left behind and how long it took the justice system to catch up with him.

This was a great article in all I loved the progression through his life and the murders he had committed. What is most interesting about H.H Holmes to me is that of his “Murder Castle” that he constructed because I have had heard about that and they way he constructed it was very interesting. Like how he had hallways leading to nowhere and other weird things in there but overall it was a great article to read about the serial killer.

H.H. Holmes is an interesting serial killer. He wasn’t solely interested in killing people but also scheming for money. I had no idea he was sued by architects, a steel company, and insurance companies. You said, “All in all, Homes let his impatient manner and greed get the best of him.” I agree, his scheming is what ultimately led to his downfall.

Dig deeper.. all you gave me was history lesson of a serial killer. Criminology takes you into the grotesque.. go there. Retired Chemical Engineer

Awesome! It’s quite intriguing how Holmes’ obsession with medicine drove him to madness and to commit such heinous acts. Holmes was an obvious sadist, killing just for the fun of it. Holmes was a genius (in an extremely twisted way) to be able to evade capture so many times and to cover up his crimes so efficiently.

This was a very interesting take on the story of H. Holmes. I believe a lot of the serial killer articles I’ve read, seem to be more gruesome and detailed than this one. This felt like a background story with an overarching theme. The author did a good job explaining a brief rundown of his life and touching the murder case of the family.