Cleopatra and Antony: ‘Till Death Do Us Part 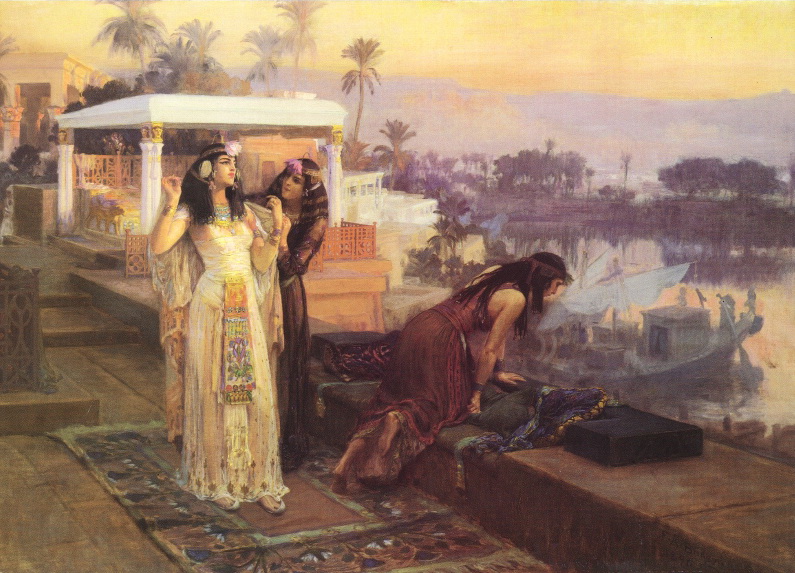 Everyone can recall the famous words “‘Till Death Do Us Part.” For most, such vows are given at the beginning of a marriage that anticipates a long and happy life together. However, in the case Cleopatra and Mark Antony, it was a completely different story. Their marriage was brief and they had far less time together than they most likely wanted to have.

From the very beginning, Cleopatra was smart, cunning, witty, and independent, and most of all she was a natural leader. She knew how to get things done, and as the Queen of Egypt, this was a crucial skill to have. She also knew what to do in order to gain what she wanted. Of course, when it came to Antony, it was no different. Antony was a Roman politician and general, and Cleopatra knew that she wanted him and she knew just how to get him.

Cleopatra and Antony met in 42 B.C.E., shortly after the death of Julius Caesar, who was also a former lover of Cleopatra. Not too long after Caesar’s death, many Romans started to suspect that Cleopatra had played a role in Caesar’s death, and among them was Antony. Being overly suspicious of her, Antony demanded to have a meeting with Cleopatra, and although she agreed to meet with him, she was making plans of her own on the side. When Cleopatra arrived in Tarsus, she came on a perfumed ship decorated with purple sails, she dressed as Venus, the goddess of love, and she welcomed Antony as Bacchus, the Roman god of wine. Cleopatra “played him like an instrument,” so much that she was able to persuade him to come to her quarters for a feast.1 Cleopatra did things how she wanted to, and a prime example was her meeting with Antony. Soon after this encounter, Antony became completely taken by her; he was “amazed at Cleopatra’s wit as well as her good looks, and became her captive” as though he was a young boy in love.2 Not too long after, they became lovers. By that time, however, Antony had become the joint ruler of the Roman Empire, and his co-ruler, Octavian, was out to get him.3

Cleopatra and Antony, now lovers, were very open about their relationship. The two did not try to cover up or deny their relationship. Cleopatra invited Antony to banquets, whether it was political or not, and they both liked to play around with each other, even making bets about silly things. In one case, Cleopatra told Antony that she could spend 10,000,000 sesterces on a single banquet, which was an enormous sum. Curious, Antony wanted to see how she could possibly do it. He was skeptical about it, so he decided to bet that she could not do it. The next day, Cleopatra set before him a fine banquet. As the last course was being served, the servants put before her a single vessel with vinegar, making Antony even more curious as to what on earth she would do. She took a pearl earring and dropped it into the vinegar, and when it was completely melted, she swallowed it. Plancus, who was umpiring the bet, declared that Antony had lost the bet.4 Cleopatra loved to show off and prove just how smart and cunning she could really be. After losing the bet, Antony could not help but be even more captivated by Cleopatra, especially because of her brains. With every little thing that she did, when she showed him her smarts and cunning abilities, he grew more and more in infatuated with her.

By 40 B.C.E., while their relationship progressed, Octavian was making plans to destroy Antony. In order to give him another reason for hating Antony, Octavian was making an arrangement that he knew Antony would mess up. Octavian arranged for his sister, Octavia, to marry Antony. This supposedly would create a better bond between the two rulers, but Octavian knew that Antony would end up leaving Octavia for Cleopatra. In fact, he counted on it.5 And Antony did marry Octavia, but it was only for the sake of saving his relationship with Octavian. He really wanted to make it work so as not to have a war in the future. However, his efforts did not pay off, and when Octavia bore a girl from Antony, Cleopatra bore twins from him as well. In 32 B.C.E., Antony ended up leaving Octavia after all, choosing to be with Cleopatra. Octavian knew that Antony would eventually leave his sister, and everything seemed to be working according to his plan.

When Antony left Octavia, he went to Cleopatra, and they continued their romance in public, both of them free from any other romantic entanglements.6  They lived together, and they even had children together. They eventually even went on to become married, although some scholars dispute this, such as Sheila Ager. But there is no doubt that they lived as though they were married. In the words of the classical scholar Ager, Antony treated Cleopatra, “with whom he had long been madly in love…as his wife.”7 In any relationship, it is natural to bear children, and in the case of Antony and Cleopatra, it was no different. The couple had three children in total together, their names being Cleopatra Selene II, Alexander Helios, and Ptolemy Philadelphus. Antony even ended up giving the throne of Armenia to his son Alexander Helios.8

Their happiness did not last long, however, due to Octavian’s wrath and power. Octavian realized the extent of influence that Cleopatra held over Antony, and he used that fully to his advantage.9 He was still trying to steal the power that Antony had, and he began to put a new plan in motion that would lead to a war and ultimately, to the demise of the two lovers. Octavian produced a document that many scholars now believe to have been a forgery. Octavian claimed that the document was Antony’s will. It stated that, in the event of Antony’s death, he would leave his part of Rome’s possessions in Cleopatra’s hands. Of course, when the Roman Senate heard this, they became outraged and declared war against both Antony and Cleopatra.10

In an attempt to win the war against Octavian, Antony took his forces to meet Octavian’s. The Battle of Actium then took place in 31 B.C.E. Antony was supported fully by Cleopatra. However, they lost the battle and the two lovers were forced to flee to Alexandria, Egypt.11 Eventually, despite all of their efforts, Octavian’s troops caught up with them in Alexandria. But Antony decided that he did not want to surrender, be captured, or be killed by Octavian’s troops, and that he would rather die his own way on his own terms. He ended up stabbing himself with his sword, committing suicide.

However, Cleopatra was captured by Octavian, who was planning to take her back to Rome as his prisoner. Cleopatra, being the strong-willed woman that she was, had other plans than to become a slave to Octavian, so she made arrangements for her own suicide. She had an asp, a snake with poisonous venom, “carried in to her with the figs and lay hidden under the leaves in the basket.”12 Once she had the asp, she clutched the hissing snake, mouth wide open, fangs visible, and then she pressed it to her breast, her throat muscles contracted in a vicious spasm, and eventually she died from the bite.13

Their romance may not have been long, only lasting from 42 to 31 B.C.E., It may not have been the type that everyone dreams of, and all of the events that occurred during their time together, especially at the Battle of Actium, may have led to their deaths. But it was a strong romance nonetheless.14 Cleopatra and Antony are remembered as a couple, “perhaps the most famous lovers from history.”15 The two lover’s tales are still told to this day and will continue to be told for generations to come.