“This is the Zodiac Speaking:” The Serial Killer That May Never Be Found 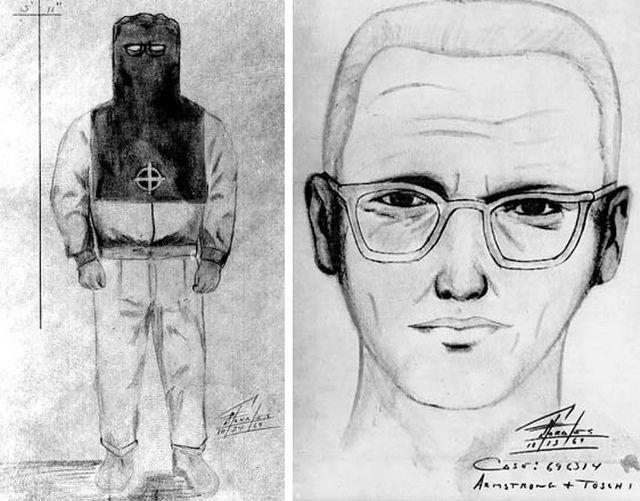 Article with the Best Use of Multiple Images

Imagine walking down the street one morning in California. The sun is out and the air is warm as you pass by many people, maybe even hundreds. You keep to yourself, and your business, but a few strangers you pass by make eye contact, and you smile at each other. But some do not smile back. You do not make anything of this; it is normal. This actually happens so often and with so many people that you take little to no notice as to how many people you do pass during the day and the faces you see. But what if one of the strangers who passed by you, maybe smiled at, maybe bumped into, or even held the door for was not a simple stranger? What if one of these people with whom you made a one-second interaction was actually a notorious killer, responsible for many murders. This idea was a reality in the 1960’s for all that lived in the San Francisco Bay Area of California; and actually still may be. This was the reality while in the area of the Zodiac, who claimed he killed thirty seven people.1

On the night of December 20, 1968, in Benicia, California, Betty Lou Jensen and David Faraday were setting out for a night of new memories. The two teenagers were going out on their first official date, and to both of them, the night was full of promise. David picked up Betty Lou and informed both of her parents that he would bring her home by 11:00 pm. The two went out and shared the evening together in hopes of furthering their relationship. As the night passed on, Betty Lou and David found a spot along Lake Herman Road, or “lovers’ lane.” The time was past 11:00 pm and worries arose. The worries turned into horror, because Betty Lou and David were soon found dead. Betty Lou had been shot in the back five times and was found less than thirty feet from the car, leading some to believe she tried to run from the scene of the attack. David just had one shot to his head. Besides the victims’ bodies and spent shell casings, nothing else at the scene was recovered as evidence or as clues as to who could have murdered these teenagers. With no leads, this case produced no clear suspects.2

Seven months later, two more people were targeted. It was the fourth of July in 1969 when they were gunned down at Blue Rock Springs Park, which was Northwest of Lake Herman Road where Betty Lou and David had met their tragic end. Darlene Ferrin and Michael Mageau were viciously attacked, and sadly Darlene died after receiving many gunshot wounds. But Michael miraculously survived, although he had been shot in the leg, neck, and jaw. Michael was luckily able to talk despite his injuries and told police what had happened the night of the attack. The friends drove to the park after Darlene picked up Michael and pulled into the parking lot. Darlene parked her Chevrolet Corvair, and a car pulled into the lot as they were talking. Those in the car got out and set off fireworks to celebrate the holiday and soon left.

It was immediately after this that another car pulled in. But this time it parked right behind Darlene’s car. A few moments passed, as the headlights shone into the Corvair, but then the car reversed and left the parking lot. Only a few minutes passed before the same car returned. The person driving the car opened the driver’s door and exited the vehicle. Michael recalls that the driver was holding a bright light and approached the two in the car. Michael said that a man approached them, but he assumed that the man was a police officer. Michael reached for his ID and rolled down his window. The man casually walked to the passenger side of the Corvair, lifted up a gun and pointed it at Darlene and Michael. He then repeatedly pulled the trigger. Both Michael and Darlene were hit. Michael remembered looking over at Darlene horrified, but she was already slumped over her steering wheel. After several more shots were fired, the gunman lowered his hand, turned around, and began walking back to his car. The pain from the gunshots pushed Michael to scream in pain. When the gunman heard the screams, he immediately returned to Darlene’s car and shot two more times.3 With the satisfaction of thinking he had just killed the two, the killer returned to his car and drove away. Darlene and Michael were found immediately by three teens who had driven by, finding Michael rolling on the ground. When the police arrived, the two were still alive. Darlene was not moving, but her eyes were open and she was softly moaning as police and an ambulance rushed her and her friend to the hospital. Darlene unfortunately died before arriving at the hospital, but two minutes after she was pronounced dead, a call was made to the Vallejo Police Department.4 The attack on Darlene and Michael had obviously not been the killer’s last stop of the night. A few blocks down the road the killer stopped at a payphone. He then made a call to the Vallejo Police Department, and when Dispatcher Nancy Slover answered, a man began to speak in a colorless, dreary voice that sounded scripted. “I want to report a murder. If you will go one-mile east on Columbus Parkway, you will find kids in a brown car. They were shot with a nine-millimeter Luger. I also killed those kids last year. Good-bye.”5

Now that this bragging killer had made a mistake and left a survivor, it was time to begin the search for this mystery man. Michael Mageau left a description of the man who had killed Darlene and left him wounded. Ed Rust of the Vallejo Police Department took down the description: “short, possible 5′ 8″, was real heavy set, beefy build… not blubbery fat, but real beefy, possibly 195 to 200 lbs or maybe even larger… short curly hair, light brown almost blond… with a large face.”6 After Mageau was shown various photographs of individuals that could possibly be the murderer, he concluded that none of these men were the killer.

Three weeks passed, and although there was now a description of the murderer, there was nothing else to lead police to him. But then three envelopes arrived at three Bay Area newspaper offices. All envelopes contained handwritten letters and a coded message. The person who wrote the letters left a detailed list about the two shootings. The writer then revealed that the coded message, once deciphered, would reveal his identity. Concluding the letter, a threat was made, “If you do not print this cipher by the afternoon of Fry. 1st of Aug. 1 – 69, I will go on a kill rampage Fry. night…I will cruse around and pick off all street people… then move on until I have killed over a dozen people.”7 The letter was signed with a symbol of a circle with a cross inside it. Following the threat, all three newspapers published the cipher out of fear that the killer would remain true to his word.8 This ignited everyone from experts to even amateurs to attempt to decode the cipher. Investigators followed tips and even received help from citizens who claimed to have solved the puzzle. But what one citizen found was that it did not reveal the killer’s identity. Instead, it was a statement. “I like killing people because it is so much fun… I will not give you my name because you will try to slo(w) down or stop my collecting of slaves for my after life …”9

Weeks later in Napa Valley another couple was stabbed at Lake Berryessa. After several stab wounds, Cecilia Shepherd died, but Bryan Hartnell became the second survivor of the Zodiac. Bryan described the man wearing a black squared hood with a white circle with a cross through it on his chest. The Zodiac even left his own mark, by placing his symbol on Bryan’s car with a black marker. He then wrote out “Sept 27 69 6:30 by knife.”10

More victims emerged as time passed, but the Zodiac was never captured. The Zodiac sent in pieces of a blood-stained shirt from a victim who had been the killer’s cab driver. The Zodiac had shot him in the head. Along with the scraps of the shirt, a letter was included as well. This letter sent law enforcement into a frenzy because of what it described.11 It read, “School children make nice targets I think I shall wipe out a school bus some morning just shoot out the frunt tire + pick off the kiddies as they come bouncing out.”12 This forced police cars to follow all school buses with armed officers to protect all from the threat.

The Zodiac sent out many more letters, and made a number of odd demands. He wanted the people of the Bay Area to begin wearing Zodiac buttons that were to show his symbol on them. But when this did not happen, he wrote in another letter that his punishment for their not complying with him would be his shooting a man in the head in a parked car.13  The Zodiac taunted the police for being unable to catch him. He even wrote, “If the Blue Meanies are ever going to catch me they had best get off their fat asses + do something… the longer they fiddle… the more slaves I will collect for my afterlife.” He then signed the letter with his symbol and the number seventeen, claiming that this was the number of murders he had committed so far.14

The Zodiac killer has never been caught, even as the decades have passed. But his crimes have lived on in infamy and spread throughout the country. Many books have been published telling the story of the Zodiac killer’s spree, and his crimes became extremely well known. Due to the fact that he has never been captured, copycat killers have emerged. They have killed in the same fashion as the Zodiac, leaving behind notes signed, “Zodiac II” or “Zodiac III.”15

What remains true is that the Zodiac’s plea for attention has lived on far more than maybe he ever expected. Or perhaps his ongoing fame is exactly what he always wanted. With no real suspects and no more credible leads, the case is at a dead end. There is nowhere else to turn and no one else to question. The crimes that occurred in the sixties will possibly live on as being unsolved forever. Who knows where the Zodiac is today. Is he dead? Is he in jail for other crimes? Or could he even be alive? Could he, right now, be sitting in front of his television watching as his crimes are still being discussed today and knowing that he got away with everything.