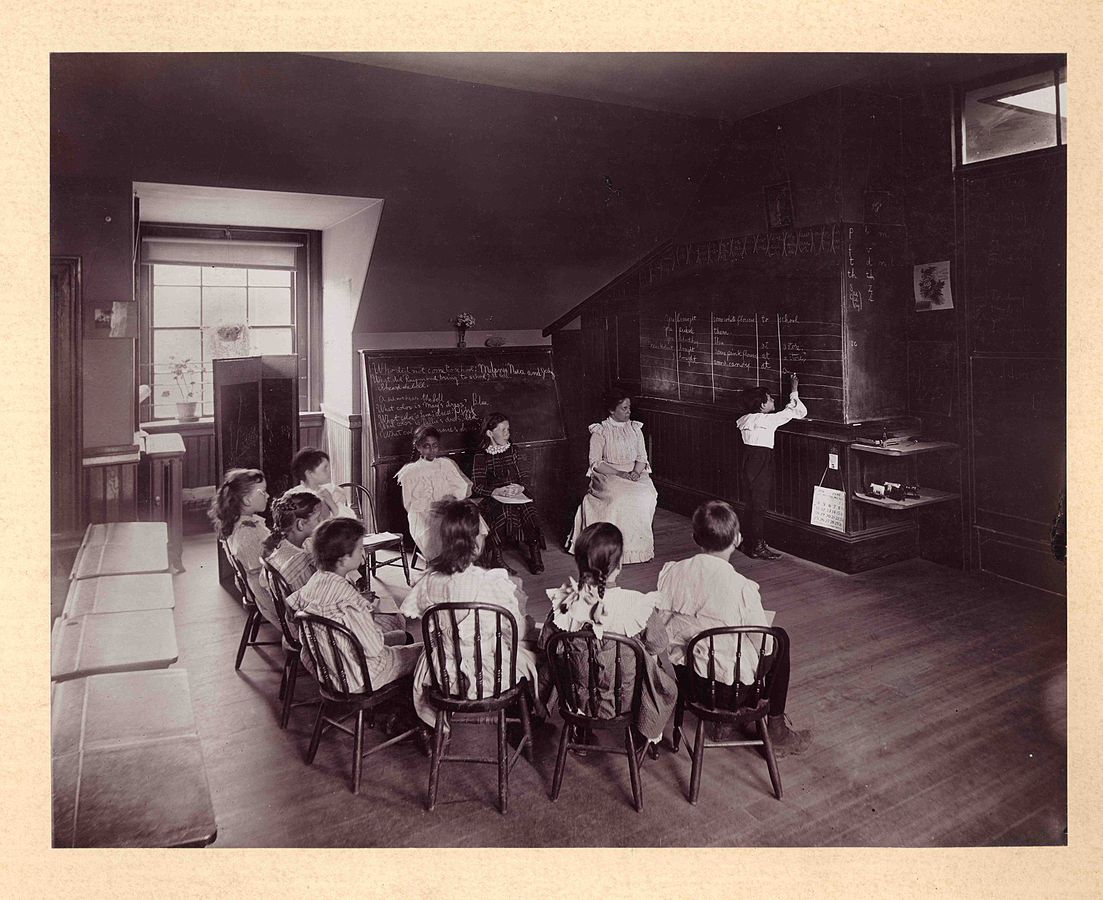 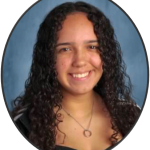 Today it is pretty easy to find different choices for one’s education. Educational opportunities range from public schools to online schools, from private schools to magnet schools. While some areas and districts are better than others, the opportunity for education is practically limitless. However, this was not always the case. Up until the 1830s in the United States, most states lacked a system of widespread public education. Although most of the country had an absence of a decent public education system, some states—like Massachusetts—had better versions of schooling than did other states.1

Up until the mid-nineteenth century, education in the United States was something that was overlooked and did not have anything near the same standards of education that we have today. Finally,  in the 1830s, interest in public education began to grow rapidly. People had the idea that each person had the ability to learn, and that it was an important reason to start building a better public education for American citizens.2 Through studies of the educational conditions in Massachusetts, it was reported that hardly a third of school-age children were attending school, and the teachers were poorly paid, ill-prepared, and unable to maintain discipline. The public schools appeared so lacking, that those who were able to afford private schools would turn their nose up to public schools and avoid them.3 As a result of the reports on the educational conditions, Governor Edward Everett established the Massachusetts Board of Education in 1837. He hoped to foster a movement to reform, grow, and improve the public schools of Massachusetts. The governor appointed eight men to be a part of this Board of Education, and one of these men was Horace Mann. On June 29, 1837, Horace Mann became the first secretary for the Massachusetts State Board of Education, and as secretary, he was responsible for collecting and disseminating information about public schools.4

There was some apprehensiveness on Mann’s part, mainly because he was originally known as a lawyer and politician, rather than as an educator or educational reformer. Once he was appointed secretary, he began turning to friends for guidance in collecting data from all of the public schools. One of his friends was Samuel Gridley Howe, who was the first director of the reform school Perkins Institute for the Blind. Another friend was William Ellery Channing, who was a Unitarian minister. Horace Mann began traveling around the state to start visiting schools. Through these visits, he began gathering and interpreting data from around Massachusetts that would help him form his ideas on what the public schools should become. Finally, on January 1, 1838, he delivered the first of his twelve famous Annual Reports (1838-1849) to the Board of Education.5 These annual reports contained documentation on the status of education in the state that no other state had ever dreamed of assembling. He made his reports public documents, and they were widely distributed each year for people to read. These reports contained facts and figures that painted a full picture of the progress they were making in their school reforms. He would take the information he collected and point out where they had been improving from the previous year, and what precautions could be taken to continue to improve education.6

Schooling in Massachusetts wasn’t actually as terrible as many were making education out to be, but there was still a lot of room for improvement. As the secretary of the Board of Education, it was his responsibility to write those annual reports regarding those public schools. His first annual report was for the year 1837 and it showed the public his views on education and how it needed to be reformed. Mann believed that public education was the central moral commitment of democratic education. It was through Horace Mann that the idea of “common schools” arose from his belief that schooling and education should be the common element of life for everyone.7 He wrote, “The object of the common school system is to give to every child a free, straight, solid pathway, by which he can walk directly up from the ignorance of an infant to a knowledge of the primary duties of a man.”8 Horace Mann made it known that people cannot expect children to become educated if they receive an inadequate education. Mann also brought to light the significant underpayment of teachers who were employed in these common schools. His first annual report was devoted to touching on questions regarding things like the condition and number of schoolhouses, the interest in schooling from the community, the competency of the teachers, and the pay of the teachers. He argued, “The state employs in the common schools more than three thousand teachers at an expense of more than $465,000 raised by direct taxation. But they have not one-thousandth part of the supervision which watches the same number of persons having the care of cattle, spindles or of the retail of shop goods. Who would retain his reputation for sanity, if he employed men on his farm, or in his factory month after month without oversight and even without inquiry.”9 Though there was a decent amount of teachers, it meant nothing if these teachers weren’t adequately prepared to teach.

In 1838, he released his second annual report, which addressed the educational means and methods as he found them. The schools were under sleepy supervision and the teachers were nowhere near equipped with the knowledge needed to sufficiently teach the children. He showed that “the common school system of Massachusetts had fallen into a state of general unsoundness and debility.” This second report truly led to the study of conditions for children and their education. “Each must earn his own knowledge by the labor of his own brain.”10 The schoolhouses were not reaching their full potential when it came to providing a safe and adequate learning environment. Teachers were not prepared to provide a sufficient enough education to these children so that they could continue to form the nation with substantial knowledge of democracy, which is how the nation was being formed. Horace Mann believed that providing better education to everyone was the only way to protect democracy. He began changing education to meet that goal, starting in Massachusetts. Mann started going around the state and giving lectures on the need for education for citizenship to crowded houses of people. One of the things he would cover in his lectures was not only the importance of education for society, but also the importance of education for one’s body. Horace stated, “Education is to instruct the whole people in the proper care of the body, in order to augment the powers of that wonderful machine, and to prevent so much of disease, of suffering, and of premature death.”11 He referred to our body as an instrument of the mind and how it would be a waste to let such a gift die. He stressed the idea that people could learn so much in such a short amount of time, and it would be detrimental to not take advantage of being in school throughout the year.

Mann continued working to achieve a better school system through his annual reports and lectures. In 1839, he then launched the Common School Journal and began organizing training and conventions for teachers to attend in order to better the education that was being taught.12 The Common School Journal would be publicly distributed, and it consisted of things such as reviews of the reports of the Board of Education, different methods that would be used to better education, and reasons for creating a better education.13, 1852), 1.] As Horace Mann’s beliefs continued to become more public, he would of course face backlash from people trying to stop him from reform efforts. He started developing the theme of education as “the balance wheel of the social machinery.” He believed that social and economic distinctions would create communities of interest that would eventually turn into conflict among different groups of people. What he meant by this was unless there is an equal opportunity and education across the board, then different social and economical groups are going to form. Once different social and economical cliques are made, then the conflict can arise. This is why he was describing education as “the balance wheel of the social machinery.” If there are groups that are significantly more educated than others, then each group of people is just going to stick to their common social and economical group, further dividing the nation from both a social and economical standpoint. He also believed that the schools should be non-sectarian, and not affiliated with or limited to specific religious denominations.14 Because of this belief, many people tried to take him down for being anti-religious; he did not let anyone stop him from achieving a better school system. As he rose from a lawyer and politician to an astonishing educational reformer, the number of people following him continued to grow as they saw his devotion to common schools.

Through numerous years of hard work, research, and speeches, Mann became a leader of public-school educational reform, not only in Massachusetts but also throughout the United States. Horace Mann lengthened the academic year to six months, doubled teacher salaries, enriched the curriculum, and provided more training for teachers. He then established the first American state-supported teachers’ college in 1839. Educational systems began expanding to other states and by the 1850s, the principle of tax-supported elementary schools had been accepted in all the states.15 Horace Mann was easily responsible for bringing Massachusetts and the nation to acknowledge the importance of providing an equal public education for all those who were capable of learning. He went to extreme lengths through his lectures, speeches, the Common School Journal, and conferences to strengthen the educational system and increase the effectiveness of the teachers throughout the nation.16

Throughout this writing process, there are many individuals to whom I’ve come to owe the utmost respect and gratitude. First, I would like to thank Gabriella Parra for her guidance in preparing my project proposal and for giving me the determination I needed to get it completed. Second, I would like to thank my colleagues at The Learning Center, who continuously encouraged me while writing my article. Third, I owe the utmost gratitude to Dr. Whitener for giving me this opportunity to display my work publicly and for providing me with much-needed revisions that have helped strengthen my writing skills. Finally, I’d like to thank my parents for providing me with a great support system and the confidence I needed to complete my writing.

Emily is an Elementary Education major at St. Mary’s University, graduating in the year 2023. She’s a teacher and choreographer. She enjoys working with children, creating art, and finding new ways to make learning fun.

Horace Mann was the founding father of education and would not only highlight the importance of education to America, but to the whole world. He believed that education was the keystone to keeping democracy in our country and right he was. His duties were to give annual reports on many different schools that he would visit and what was needed of them in order to be successful. For example, it states in the post that, “the idea of “common schools” arose from his belief that schooling and education should be the common element of life for everyone.” This means that every American should be given the opportunity to have an education because it would lead to the path of having a successful nation.

What an interesting topic for an article! As an education major myself, it is interesting to read an article about an important figure in the American school system. It seems like education has been around forever obviously, so reading about how it was more formalized and reformed is super cool to see. It’s really neat to read about how Massachusetts was sort of a model for the rest of the country at its time, and paved the way for the school system we have today.