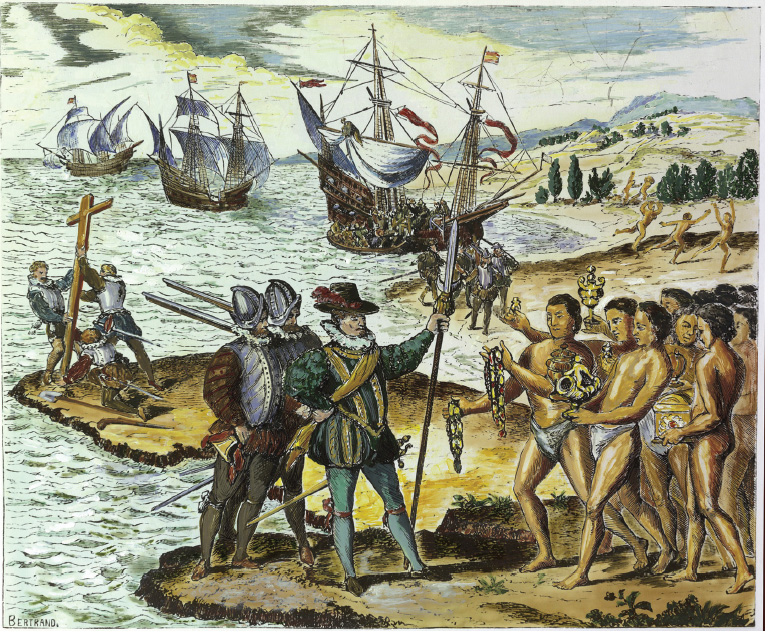 The first meeting of Columbus and his Spanish explorers with the natives of the Caribbean was one to be remembered. Posterity has pictured this scene as one of happy explorers sharing food with the natives; but the truth of that first encounter, and its aftermath for the natives, was far from happy. Through the exchange, the natives received a number of diseases for which they had no immunities; and one of the largest demographic disasters the world has ever seen was the result. But the disease syphilis was also exchanged, between the New World and the Old World. The nature of this exchange of syphilis, though, is full of debate and speculation concerning its origins.

Syphilis was one of the most notable examples of New World diseases that traveled to the Old World in what historians now call the Columbian Exchange. There are two different theories for how syphilis was spread. The Columbian hypothesis claims that syphilis was spread by Columbus and his crew on their voyage back to the Old World. Once they contracted it from natives in the Americas, the crew then went back to the Old World. The evidence that supports this hypothesis is the assumption that Columbus’s crew members, once returned back to Spain, joined Spain’s war effort in Naples, exposing the disease to local prostitutes. Once exposed to syphilis, the disease was spread quite easily from the prostitutes to other soldiers and locals, thus increasing the spread of syphilis in the Old World. This explanation for the spread of syphilis is possible because some of Columbus’s crew did in fact join the war effort against Naples and most likely they did mingle with the locals there causing the spread of syphilis.1

The other theory, the Pre-Columbian hypothesis, was that syphilis had always been an Old World disease, but its spread was only exacerbated through the interaction of the natives and Europeans during the Columbian Exchange. This second theory is plausible since there is evidence of pre-Columbian Old World skeletons that show scars similar to syphilis scars. What this means is, since the skeletons from the Old World have scars and written accounts of symptoms similar to syphilis that pre-date the first exchange between Columbus and the Americas, syphilis could have possibly been an Old World disease. Now this theory of syphilis’ origin is a matter of syphilis being yet another disease that was spread from the explorers. Both of these hypotheses are plausible.2

Although these two theories for the origin of syphilis have been debated for decades, a less know third theory has emerged. This third theory suggests that syphilis was both an Old World and a New World disease. Syphilis is thought to “evolved simultaneously with human.”3 In other words, when the respectively different populations of humans evolved, the disease known as syphilis grew with the population in both hemispheres. This theory, though, is mostly unknown because of the two older and more established theories, which have dominated the discussions on syphilis’ origins. This third theory puts an interesting twist on this long debate.4

Through the exchange of syphilis, the lives of natives and explorers were changed in a drastic way. The picture of happy natives and explorers sharing food is one everyone has seen but the different narrative of the debate of syphilis’ origins is one many have not seen. The three theories of syphilis are all very real and possible, which is why the debate of syphilis is such a topic that can cause arguments. The debate over syphilis’ origins is one that will most likely be researched and hypothesized over for many years to come.