La Bamba: A Song for Everyone 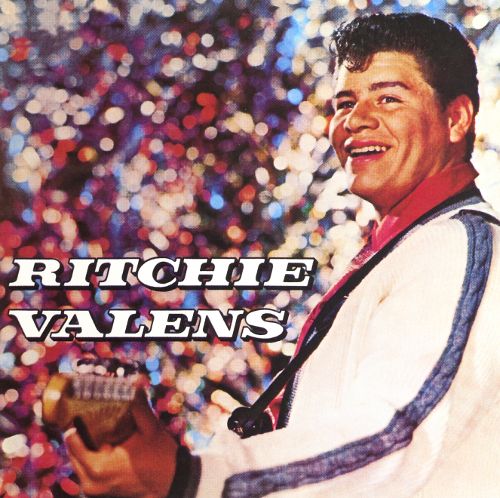 It is the late 1950’s in southern California, and a young superstar named Ritchie Valens, whether he knows it or not, is about to change the culture of America forever. In a matter of eight months, the Hispanic student at San Fernando High School just became one of the biggest celebrity musicians of the day.1 After dropping out of school in order to record and tour full time, Richard Valenzuela was making phenomenal Rock N’ Roll music, both on stage and in the studio. While America quickly became obsessed with the undeniably talented teen, nothing could prepare them for his next release.

From the beginning, the odds were against young Richard. He was merely sixteen, and, as a young Latino, there were few opportunities for someone like him in the American mainstream music industry, let alone in Rock ’n Roll. He saw proof of this fact early in his career, facing prejudice and discrimination at every turn. He was even forced to change his name to Ritchie Valens in order to make it easier for his fans to pronounce—a compromise that gave way to controversy and anger from his family.2 Ritchie realized that, even though he was opposed to the changing of his name, it would be a smart move for him as a musician. But even after his family name was taken from him, he refused to let go of his heritage. In fact, it seemed that he tightened his grip.

Ritchie wanted to do something to pay tribute to his Latino culture. With the assistance of Bob Keane of Del-Fi Records, he decided he would combine the two worlds that he was now so heavily a part of, by turning the Spanish tune “La Bamba” into an upbeat rock song. Only knowing English, Ritchie had to learn the lyrics of the traditional Mexican folk song phonetically. After countless takes in the studio, he recorded the song on a two-track record with a second soon-to-be hit Oh, Donna.3

Ritchie released the track and promptly shook up America. Most people had no idea what the song was about, but, for one of the first times in modern music history, they didn’t care. The charismatic rhythm of the song combined with Ritchie’s unique voice; it was impossible to dislike it, and the song spread like wildfire, taking his career to new heights.

Seeing Ritchie perform was a spectacle only few Americans were graced with. His energy and impeccable guitar skills would engage the thousands of audience members from start to finish.4 While the crowd was swooning over every single song, there was nothing like that epic guitar riff that carries the tune of La Bamba.3 As soon as Ritchie’s guitar pick hit his strings, the fans simply could not contain themselves.

Unfortunately, Richard Valenzuela’s career was ended even quicker than it begun. Soon after his explosive rise to fame was sparked, and before he could finish his tour, Ritchie Valens was killed in a plane crash along with fellow artists Buddy Holly and The Big Bopper J.P. Richardson.6 The tragedy triggered nation-wide shock, and the day became known by many as “The Day The Music Died.”7

Although his life was ended much too early, perhaps it was this terrible fate that immortalized him in music history. His music and the rest of Valens’ amazing life inspired the film La Bamba, a timeless and classic film. Ritchie’s brave move in the release of “La bamba” inspired and enabled many other Hispanic artists to begin to make their way into the spotlight, making it much more than just a great song. We see the repercussions still today, through modern Latin Rock bands and all the sub-genres surrounding them, and will without a doubt continue to experience the fruits of the song for decades to come. Needless to say, American music and culture would not be the same without Richard Valenzuela’s audacious contributions.