Luis Donaldo Colosio: The assassination that changed the destiny of an entire country 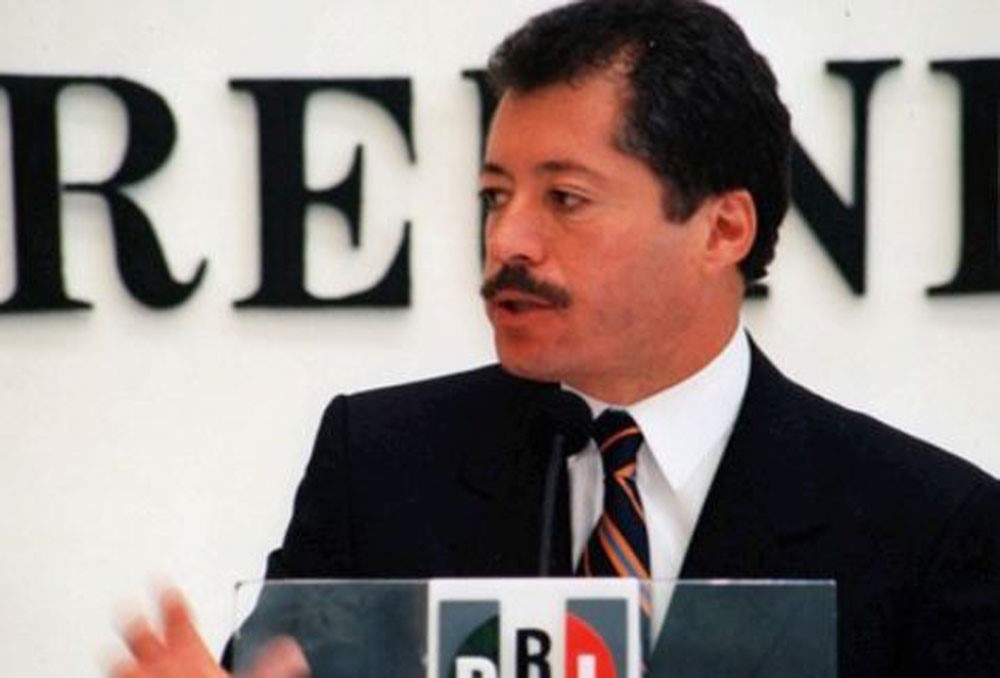 “I see a Mexico with a hunger and thirst for justice” were the words used by Luis Donaldo Colosio in his speech of March 6, 1994. Those words resounded throughout the country.1 Seventeen days later, Colosio was silenced. The man who, for many, had been the only politician in the contemporary history of the country who really saw the reality of Mexico and wanted to change the future of the country, would be shot and killed in Tijuana.

As the candidate of the Institutional Revolutionary Party (PRI), which had been in power for sixty-five years, Colosio was considered the almost certain future president of Mexico, and was the clear front-runner to win the 1994 presidential election. He was nominated as a candidate in November 1993, a year before the election, by his friend and mentor, the then-president Carlos Salinas de Gortari. This was considered by many to be a virtual coronation.2

“It is time for democracy in Mexico. It is time to close the way to the influence, corruption, and impunity. It is time for the nation. It is time for all of us to be strong, making Mexico strong. It is the hour of change with a sure path.” – Luis Donaldo Colosio in his political speech of March 6th, 1994.3

Luis Donaldo Colosio gave this political speech on March 6, 1994. With it, he won the love of the Mexican people, but he also upset many within his own political party. There were many people who connected this speech to his death at the end of that same month.

“We are not afraid of political competition. What we do reject is political incompetence,” Luis Donaldo Colosio said in his political speech in Lomas Taurinas, on March 23, 1994.4

These were the last words of the candidate. Ten minutes after the speech, the presidential candidate of the PRI party left the stage and he walked to his death.5 He was assassinated as he walked through a crowd of his supporters in Lomas Taurinas, a poor neighborhood in the border city of Tijuana.6

The presidential candidate was shot twice, once in the right side of the skull and the other in the left side of the abdomen.7 According to the investigation carried out by the government, this was due to a twist of Colosio’s body when he was shot in the head. According to this interpretation, both shots came from the same gun, a gun that according to forensic testing, was fired by a single gunman, Mario Aburto.8

Yet much suspicion surrounded the identity of this assassin of the presidential candidate Luis Donaldo Colosio Murrieta. The immediate apprehension at the scene of the events of the man who was identified as Mario Aburto Martinez, and then his detention at the Subdelegation of the Attorney General’s Office of the Republic (PGR), should have left absolutely no doubts. However, his later presentation to the public and to the media in the Almoloya prison aroused suspicion. His apparent physical differences, as well as his haircut and mustache upon entering the prison didn’t resemble the person apprehended in Lomas Taurinas. Was one man replaced by another?9

In order to verify whether the first apprehended person was indeed substituted by another, all the techniques dictated by the criminal identification and forensic anthropology were applied, analyzing in detail the physical characteristics of Mario Aburto Martinez. The official report was that the person apprehended at the scene of the crime and the one presented at the prison were the same person, Mario Aburto Martinez.10

But Jose Federico Benitez, chief of police in the city of Tijuana, publicly claimed that there was Federal interest in the presidential candidate’s assassination case.11 He had several theories. In all of them, he claimed that it was not a single shooter, but a government plot. This theory was supported by Mario Aburto’s father, who stated that his son had met with a federal agent before the assassination took place.12 Later, Mario Aburto also stated that he went to the place to sell a gun, and that when the buyer arrived, he already knew him by name. The problem with Mario Aburto’s statement is that he was contradicting himself, because he had previously confessed to being the murderer and that he had acted alone. It is popularly believed that he was being threatened and that that is why he changed his version of the story. The year after the murder, Benitez was killed by what are presumed to be federal agents working for drug traffickers.

The reality is that although the Mexican authorities determined that Mario Aburto was the only one responsible for the death of Luis Donaldo Colosio, to date many Mexicans believe that this was not the full story behind Colosio’s assassination. Polls published in the Mexico City Daily Reforma on March 25, 1994, reported that 80% of those who responded said that this death was part of a conspiracy. This perception has not changed over the years. People still believe that this assassination was something much bigger than a solitary gunman in the killing of Luis Donaldo Colosio.13 Even his own son, Luis Donaldo Colosio Riojas, stated that he did not believe the government’s version of a lone assassin.14 The only certainty is that March 23, 1994 will be remembered as the day that killed Mexico’s hope for true change.

Now, twenty-seven years later, when arriving to Magdalena Sonora, you can see a wall painted with the slogan of his presidential campaign “Colosio, si” and in the “plaza monumental” of the town is the mausoleum where his remains rest with those of his wife Diana Laura Riojas, and a monument in honor of the town politician, in honor of someone who could have changed the destiny of the country.15

Nice article. I had never heard of Colosio before, but he seems like an individual who could have made real lasting change for Mexico. I wonder how things might be different today if a man with such as Colosio was indeed elected president. It was quite fascinating to read about the conspiracy theories surrounding his death. I can see why so many people thought it was a conspiracy because the picture in the article clearly shows two people of different ages and hair colors. It is unfortunate that nations have to deal with such corruption as that in Mexico. You can never be sure if the government is telling the truth. Regardless, the very idea of Colosio being a beacon of progress and change has not changed. His statue represents the deep love and respect that many in Mexico still hold for him.

Great article about Colosio. Colosio was always adored in Mexico even after his death. This man managed to gain the support and trust of the Mexican people to create real change when it comes to the Mexican government’s corruption. I’m so glad the author brought up the “conspiracies” because the majority of the Mexican people truly believe that it was an inside job. I remember mom telling me about that day and seeing the news and how sad everyone in the house got after hearing what happened. Once again great article and great choice of pictures.

I had no idea about this before I read this article so I’m glad I did. This article does a great job if explaining how the assassination of Luis Castillo changed Mexico forever. This article by showing all that changed because of it really makes you question where Mexico would be at right now if he was still Alive. A really great and informative article. Good job.

This is the sort of article I keep hoping to read. It is narrated well, tells the reader what they need to know, and encourages them to do more reading on the topic. I had never heard of the subject of the article, but have for years heard about the corruption inside the PRI (Mexico’s ruling political party). It is indeed a shame that his death is rumored to have been at the hands of the party he wanted to help become the party it should be, one that the people of the nation could trust.

I remember learning about this briefly in my Spanish class in high school, but it wasn’t an in-depth look at it like this article is. It is really amazing to see how an entire country of people uniformly decided that the story that the government was feeding them was false and formed a conspiracy theory about it. This article really makes me wonder what state Mexico might be in if Colosio hadn’t been assassinated if he had stayed alive and been able to continue the spread of his speeches and beliefs. It’s always a tragedy when people are silenced, whether by a disagreeing government or a single person, for simply sharing their opinions and ideas. Nevertheless, this was a great article to read!

This is an event I didn’t know about before reading this article, but it is an incredibly interesting story. In some ways, it is the Mexican equivalent of JFK’s murder. There is certainly a lot of questionable information surrounding Colosio’s murder, and, unfortunately, it is unlikely that any light will be shed on what exactly occurred. Overall a good story about the death of someone who was destined to change his homeland for the better.

First and foremost this was a very well written article, good job! I am not as informed on Mexican political history as I should be, being half Mexican myself. I like how this article discusses how Colosio could’ve changed the PRI, and the country as a whole, for the better. I agree with one of the previous commenters – this is the Mexican equivalent of JFK’s assassination, right down to the conspiracies behind it. This would be a good article for students who are in the MAS program to read!

This is an excellent article which does a great job covering the politics of Mexico. I know almost nothing about Mexico or the political atmosphere of the country, however this article shed some light on that topic for me. It amazes me that a man who was almost certainly going to be the president of Mexico, was so easily killed. After reading this, I too, believe that there were likely more people involved in this plot due to Luis Donaldo Colosio’s commitment to change within Mexico, a change which would have most likely interupted the delicate corruption which kept Mexico within the status quo.

Being Mexican American, I had heard about this devastating event at the time it transpired. I was a young woman at the time and did not fully comprehend the severity of that awful day. Now, a mature woman and proud to be Mexican American, I can say that the corruption that takes place in the Mexican government is undeniable. The shooter might be Mario Aburto but the Mexican government assassinated Luis Donaldo Colosio. With this act, the Mexican Government also assassinated the new way of life that many Mexican people were so much looking forward to. Unfortunately, the corrupt Mexican government does not care about it’s own people. The extreme poverty in the sate of Chiapas and other states of the Republic of Mexico absolutely demonstrate that. Great article. I really enjoyed reading it.

This article does a great job of how Luis Donaldo Colosio achieved to have momentum in his before his assassination. It is important to highlight how does the author achieve to demonstrate the skepticism of the Mexican people towards the conclusion of the investigation. The assassination of Luis Donaldo Colosio has led to being one of the greatest unknowns in the history of Mexico, where he questions how his six-year term could have changed Mexico.