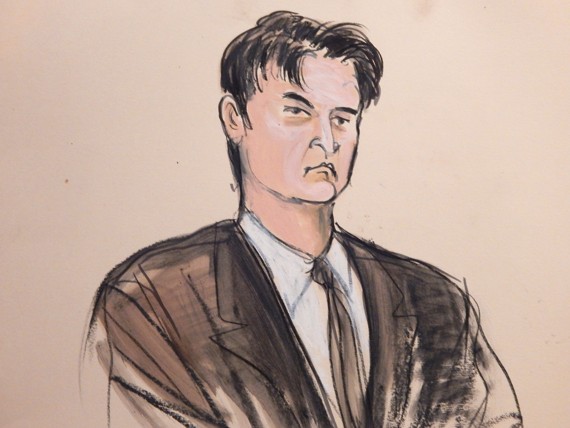 In 2008, Ross Ulbricht was a libertarian with an altruistic attitude, who had a dream of getting rich on his way to doing something meaningful with his life.1 At first, this dream was in the form of a television series The Amazing Race; one summer away from college Ross would film auditions for the show with his sister.2 He marveled at the thought of making half a million dollars only because he did not know what his future had in store for him. But television was not in the cards for Ulbricht. Instead, he developed an idea, based on his belief that illicit drugs should not be illegal; he believed that if people were allowed to smoke, and thus harm themselves, they should be allowed to choose to put drugs into their bodies that could also potentially harm them.3 Ross himself was not a user of illegal drugs, but he believed that people had the right to use them if they pleased. This way of thinking led him to the idea of creating a place where people could to buy illegal substances without the government having any clue; this place was called The Silk Road. Ross did not know it yet, but he was on his way to creating a website that would allow people to buy and sell anything legal or illegal (in fact, mostly illegal) on a website without being traced. Customers would buy a product and it would arrive to them via the United States Postal Service, hidden behind an envelope or a box. Of course, the site had to be well hidden, so he turned to the place where the lines of morality are blurred and where laws are nonexistent, to the Dark Web. An online acquaintance by the name of Arto provided Ulbricht some insight. Arto showed Ulbricht that by using the web browser Tor any user who wished could slip through the nooks and crannies of the internet anonymously and untraceably.4

The Tor browser unveiled the means by which customers would reach Ross’s Amazon of drugs.5 But there was a problem; since the whole point of his website was for people to buy illegal drugs without being traced, how would his customers pay for their purchases? In 2011, there was no form of cash online for the internet, because the only way to make transactions was through credit or debit cards, which are extremely traceable. This was a huge concern for Ulbricht, until he read about something called Bitcoin. Bitcoin is a type of currency used online that could be traded for dollars much like trading cash for coins at an arcade. Anyone can buy bitcoins. One can buy bitcoins by using a credit or debit card, and then once one has bitcoins, one can use those bitcoins just like cash, online, just like dollars and cents, and not be traced.6

This amazing new process was exactly what Ross needed to complete what he started. Now that everything was coming together, Ulbricht still needed a startup item that he could sell. He began growing psychedelic mushrooms in a rundown apartment that only he knew about. After producing hundreds of pounds of this product, he was now ready to launch his site.7 Before the launch of his site, Ross needed a username that would separate him from his identity online. Without this separation, anyone would be able to know that Ross was connected to The Silk Road, particularly the police. So he came up with Dread Pirate Roberts (DPR), from the comical film, The Princess Bride. With that, he was now ready to be a player on The Dark Web.

This Dark Web is not the same internet that we use today on a day-to-day basis. These websites are so hidden from the public that someone must know exactly what they are looking for in order to find it, which was another obstacle that Ross was up against. He needed to bring would-be customers to his largely hidden website. So Ross would go to specific sites where people would blog about buying drugs online, and, under an anonymous name, he would bring up the existence of something called The Silk Road, and explain carefully how they could find it. This process was tedious, but people would eventually start making their way to his site. He began selling shrooms like crazy, and he was starting to make a large sum of money, when some other online drug dealers started to sell their products on his site as well. Anyone could create an account and sell what they wanted, much like Craigslist or Ebay, where people can post items to sell. Pretty soon The Silk Road was the premier place to shop for heroine, cocaine, weed, and more.8 Because Ross took a commission from each sale, he began making from tens of thousands to millions from his site.

The site was becoming so large that Ross could not control everything he was administrating. He needed to hire employees to help run the site and keep security at a maximum. One of those assistants he hired was a man named Curtis Green, who lived in Utah. Curtis had been helping Ross with the site, and one day he was arrested in a cocaine deal. This was very troubling to Ulbricht and he was considering what steps he had to take to ensure his safety when he noticed that he was missing upwards of three-hundred-thousand dollars. He believed that Curtis had been stealing his money. This was a big deal because, if Curtis was able to steal his money, then any experienced hacker out there had similar access to his money pile. Ulbricht had to make an example of Green, but how? In an online chat he had with a mentor, who was experienced in the drug market, Ross said, “I would have no problem wasting this guy.”9 In order to have a hit put on Curtis, Ross began speaking to a man under the username Nob online. Nob informed Ross that he knew a way to get to Green.

Agent Carl Force of the DEA had been tasked with investigating The Silk Road and to find the man behind it. Carl had been on the case for a while and managed to create an account on the site, in order to retrieve more information. The username he went under was Nob. He had recently been able to chat with the infamous Dread Pirate Roberts about a cocaine dealer he would recommend. DPR gave him the information of a dealer in Utah. The dealer was an employee of the website and was exactly the lead that Carl needed. Carl and a secret service agent who worked with the NSA, named Shaun Bridges, stalked Curtis Green’s house, waiting for evidence for them to go in. The package arrived and Curtis brought it into his house. As soon as he closed his garage door, Carl and his team headed to his house.10

Shaun Bridges, an experienced hacker, managed to log into The Silk Road posing as Curtis Green. Then Shaun proceeded to steal three-hundred-fifty thousand dollars from Dread Pirate Roberts, leading to Ross’s panic. As Nob, Carl spoke to DPR about having Curtis taken out, and it was in a hotel room where Green was staged to have been beaten and killed, Carl filming it all. Carl then sent their evidence to DPR, and Ross thought that that was the end of it, but this encounter was just the beginning of Ross’s problems.

Chris Tarbell was an FBI Special Agent working out of New York. He was part of the cybercrime team that led to the capture of many dark web criminals. He had just recently taken down the LulzSec hackers, who were responsible for many high profile attacks, such as the attacks on PayPal, Visa, and MasterCard.11 In a local bar that he and his team went to regularly, the bartender asked him what was next on the list, and sure enough, it was The Silk Road. For a long time, Tarbell had no idea how to crack The Silk Road, until some servers in Iceland, which were potentially connected to The Silk Road, were seized. After bickering with the Icelandic police to give them all the information they had, Chris received a grey thumb drive in the mail. On it were the potentially encrypted Silk Road servers. If the servers were encrypted, nothing could be done. Tarbell hoped and prayed that it wasn’t the case, as he was on his way to Thom Kiernan, a computer scientist co-worker. Thom worked hard to get as deep as he could into the folders, only to see many strings of random characters and numbers—they were indeed encrypted. This was the end, Chris thought, as he called and told his source from Iceland. Fortunately, his source had forgotten the key component to the lead: the passcode. Tarbell went back to Thom and asked him to insert the characters”trytocrackthisNSA.” This unlocked the final piece of the puzzle. Inside the servers were IP Addresses, potentially the one of Dread Pirate Roberts. An IP address is specific to a network router or computer, and it allows hackers to see a specific computer, and it is extremely traceable.

It was not long before Tarbell and his FBI team were able to see that Ross frequently visited a library in San Francisco to do work on the site. Ross had made an escape plan for Dominica in case he ever was in danger, but he was completely unaware on the afternoon of October 1, 2013 at the Glen Park Library. When arresting a hacker, the laptop must be opened and unlocked in order to have any evidence, because most hackers encrypt their computers, which even the FBI’s best supercomputers would take thousands of years to crack. Unfortunately for Ross, he was unable to close his laptop. The FBI found millions of dollars worth of Bitcoin on his laptop and even more at his apartment on two thumb drives. Due to the overwhelming evidence against Ulbricht, he was given two life sentences. Ross is currently in prison with no chance of parole.12