“May I Have Some Beer?” vs. “Beer!”: The Different Pragmatics Between Cultures 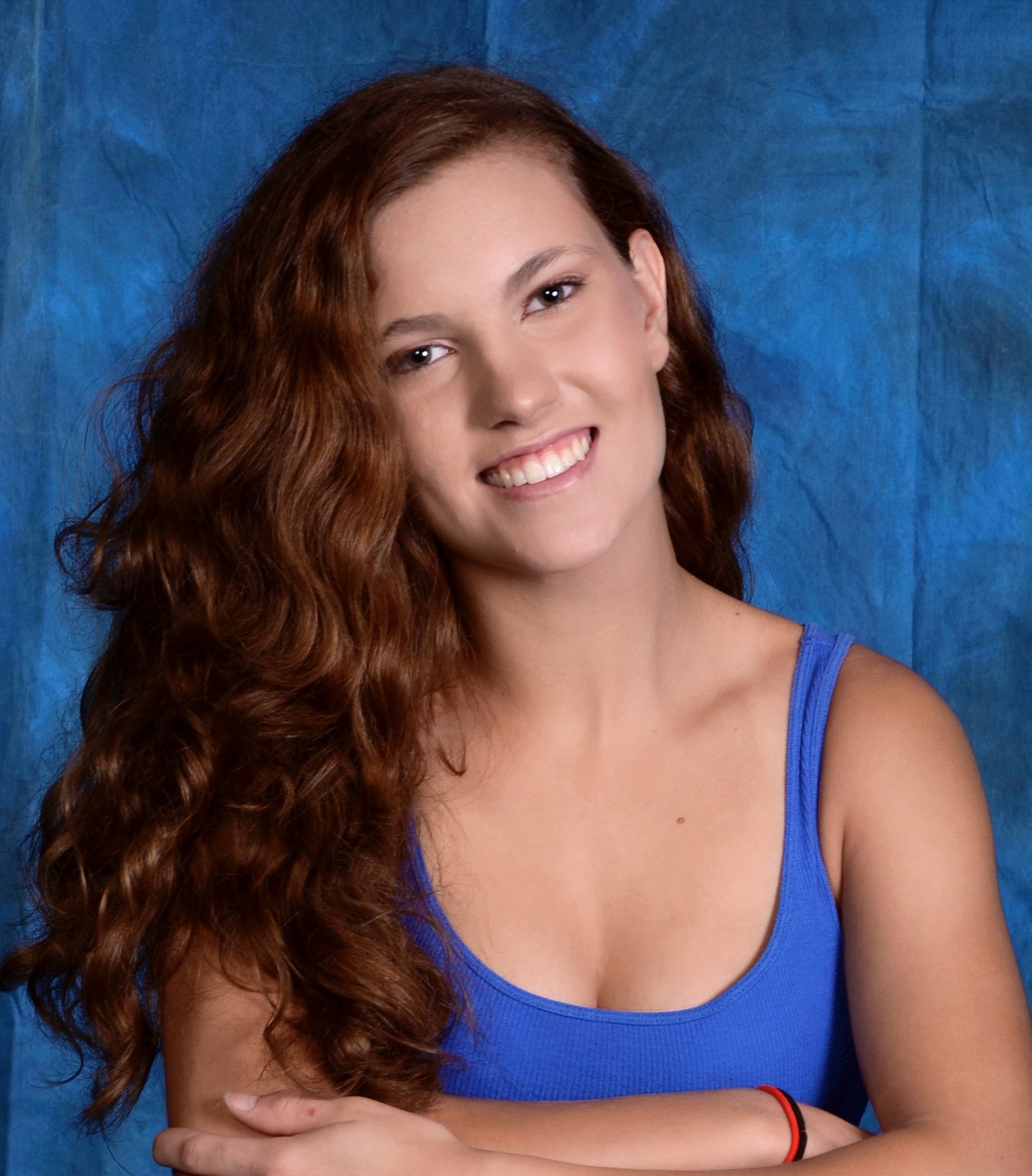 This article follows a fictional college student named Rory to present an example of how Spanish differs from English, and how different Spanish dialects differ from each other. Our student, born and raised in Virginia, has only learned Spanish in classrooms within the States, and she was raised in a monolingual, English-speaking household. Rory gets the amazing opportunity to travel abroad to Mexico to better develop her language skills. While she is there, she is invited out to socialize with some of her new classmates in Mexico. While out, and being of legal age, she orders herself a beer by asking “¿Puedo tener una cerveza, por favor?” (Can I have a beer, please?). She receives several funny looks before the waiter goes and gets her the beer.

Throughout life, even those who speak multiple languages speak each language differently. This is due largely to different politeness theories within each language, which have different manifestations through pragmatics. In the example above, our bilingual friend might ask, “Can I have a beer?” rather than, “Can you get me a beer?” However, in most Spanish-speaking regions, customers make requests using hearer-oriented speech rather than speaker-oriented speech (Placencia, 2005; Shively, 2011). This is the difference between “Can you get me a drink?” which is hearer-oriented, in that the subject of the sentence is “you,” and “Can I have a drink?” which is speaker-oriented, as the subject of the sentence is “I.” While subtle, it is a pragmatic difference between cultures.

Rory’s new friends laugh about this pragmatic difference lost in translation and, after some practice, she is catching on quickly. After a short time, our bilingual friend now asks “Can you give me a beer, please?” rather than “Can I have a beer?” With new-found confidence and ready to try again, Rory decides to practice the hearer-oriented speech pattern with her friends. She asks her friend if she has it down before going to the bartender again. “Entonces digo: ¿Puedes darme una cerveza, por favor?” (So I say: Can you give me a beer please?) Her friend, trying to be supportive, replies, “¡Casi! Intenta: ¿Puede darme una cervecita, por favor?” (Almost! Try: Can you give me some beer please?).

In this situation, Rory’s friend is suggesting using the formal usted form, rather than the informal tú form. The informal form is known as the T form (tú puedes) while the formal is known as the V form (usted puede) (Kentengian & Peace, 2019). This example also shows how requests may be modified with mitigators. Mitigators are words that soften a request or command, like in English using the words “some” or “please.” Here is an example with the mitigators underlined: rather than saying “Will you get me the butter?” you ask, “Would you mind getting me some butter please?” Additional mitigators in Spanish include adding -ito to the end of the noun being requested, as Rory’s friend did to the word cerveza –> cervecita (beer) (Félix-Brasdefer, 2010).

After such a positive experience in Mexico, and in her mind becoming fluent in Spanish, Rory decides to book a trip to Spain with some of her American friends and show off her linguistic skills. While she is there, they go to a bar in Madrid, where she greets the bartender, “Buenas noches, ¿cómo está?” (Good evening, how are you?). The bartender, taken aback slightly, answers “Estoy bien.” (I’m fine) and goes to another customer at the bar. Confused, Rory observes the other customer who is being served, as she says, “Dame una Dos Equis” (Give me a Dos Equis). The bartender serves the customer, immediately.

In Mexico, where Rory initially learned how to make pragmatically appropriate requests, speakers tend to use more mitigators to soften the request. However, in Spain, Peninsular Spanish uses fewer mitigators, and speakers are more direct in their speech (Kentengian & Peace, 2019; Placencia, 2005).

Next, the customer thanks the bartender and adds “Esta es la mejor cerveza de todo el mundo, ¿no te parece?” (This is the best beer in the whole world, don’t you agree?) as she turns to Rory. Stunned, since this woman is a stranger, she is struck speechless. The woman continues, “Aunque es más barata en Mexico.” (However, it is cheaper in Mexico). Then the bartender chimes in, “Sí, pero hay que traerla de Mexico que la hace más cara. Yo prefiero Estrella, ¿y tú?” (Yes, but we also must get it from Mexico, making it more expensive. I prefer Estrella, how about you?) again, towards Rory.

Rory quickly agrees with her fellow customer, then tries again to order a beer, this time more directly by saying “Deme una Mahou” (Give me a Mahou). The bartender gives her a double take, then comes back with her beer. The customer who had invited Rory to join in bystander-speech turns to her and says, “En Espana, decimos, ‘Dame una Mahou'” (In Spain, we say, ‘Give me a Mahou'”).

In this example, Rory once again confuses the T and V forms. The T form (dame tú) is the informal one, usually used with close friends and family. The V form (deme usted) is used with acquaintances, and to show respect or professionalism. However, in Spain, the T form is largely preferred, particularly in situations such as the bar (Kentengian & Peace, 2019; Peace, 2019; Placencia, 2005).

After visiting both Mexico and Spain, Rory decides to move back to the United States, taking all her valuable knowledge with her to teach Spanish at her old university. With further adventures awaiting her from her students and other research and travel opportunities, she’s found that there’s always more to cultures than meets the eye, especially ones that share languages!

Throughout the world, people, even those who speak multiple languages, speak each language differently (Shively, 2011). While in certain forms of Spanish, giving a command as a means of asking for something is not seen as rude, it is in English. This is due largely to pragmatics, which are the different interpretations and expected behaviors in different cultures. Even within the same language, different words may have different meanings, or even be inappropriate language, while being meant as something completely harmless by the speaker. Besides misinterpretations within language, certain behaviors or fluctuations in voice or phrasing can also greatly effect how certain requests or conversations are perceived.

This is shown through politeness theory (Brown & Levinson, 1987), which explores the different customs and courtesies along with their structural breakdown between cultures. Politeness theory is the way in which cultures view correct speech and courtesy, manifested as ways to behave correctly, or to correctly request assistance. While not necessarily needed to convey a certain idea, it is imperative in order to receive willing assistance or cooperation. Because most human beings did not grow up in the same culture or region, this means there is a lot of room for misunderstandings to take place, even when speaking the same language, let alone when speaking different ones. In one culture a certain behavior may be completely acceptable, while in the next obscene and rude.

Whether across languages or within different dialects of the same one, pragmatics is hard to transfer, but not impossible. With understanding, patience, and a willingness to accept other forms or patterns of behavior we can continue to blossom within our own identities as part of a multicultural society.

Malleigh Ebel is an Army brat born in Ft. Bragg NC. She is a part of St. Mary’s Army ROTC Rattler Battalion. On her off time, she enjoys hiking. Ebel is majoring in International Global Studies, and minoring in Political Science and Military Science. She will graduate Spring of 2022.
Author Portfolio Page

The Victory Strategy of Agincourt

On October 25, 1415, English King Henry V led his men into the battle that