Valley vs. Fresa: Are They Similar? 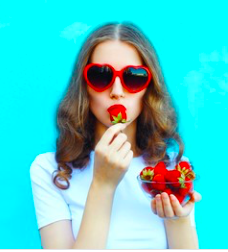 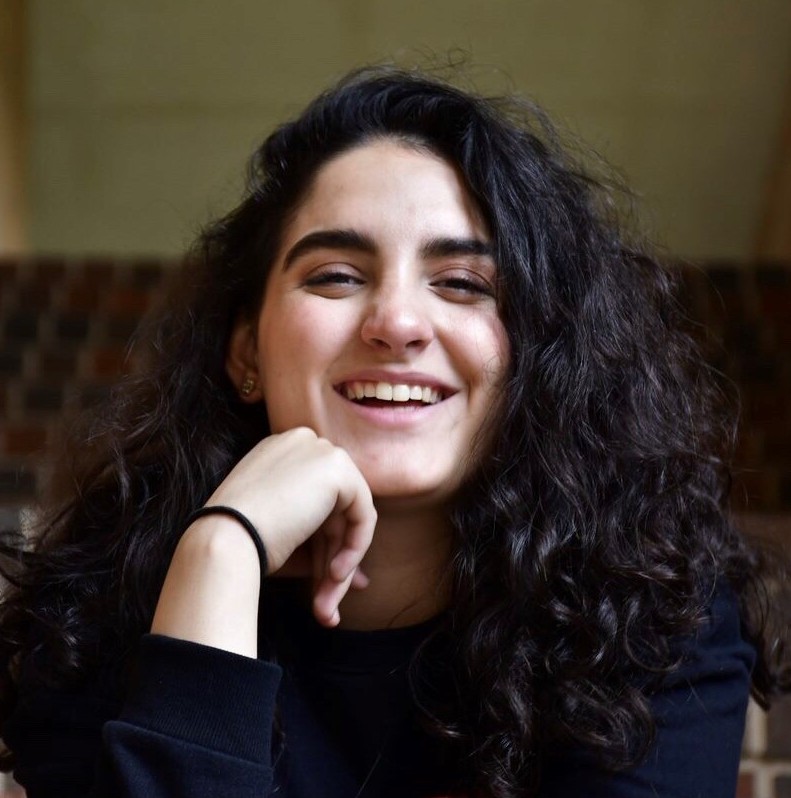 In 1982, the song “Valley Girl” was released by father-daughter duo Frank and Moon Zappa, in which it depicts the dialect that is spoken in the San Fernando Valley (Zappa & Zappa, 1982). This song led to the rise of what is now known as the “Valley accent,” one of the most recognized linguistic stereotypes in the United States, and a cultural outbreak of people beginning to use a new dialect, which included phrases such as “awesome,” “fresh,” “no duh,” “take a chill pill,” and “I’m so sure” (A. Suarez, personal communication, April 13, 2021).

Yet, this did not just have a cultural impact in the United States, but it also began to surge in Mexican culture, beginning the rise of what is known as a fresa (Spanish for “strawberry”), a social slang term used to describe what can be considered a Mexican valley girl. Although fresas show different lexical features, such as o sea, cool, súper, and qué oso (“like/I mean,” “cool,” “super,” and “what a bear” (cultural meaning: “how embarrassing”)), fresas and Valley Girls are more similar than what we might think when it comes to their way of speech.

A Valley Girl is typically described being from North America, specifically California, and they are recognized for their way of speech. Although the common way to describe this way of speech is known as “Valley Girl” talk, there is a more formal way of describing it, known as “uptalk.” Uptalk, sometimes also called a high rising terminal (HRT), is the use of “high-rise” or a manner of speaking in which declarative sentences are uttered with a rising intonation at the end, as if they were questions (Habasque, 2020).

California vowel shift, or CVS, is another feature of Valley Girl speech. For example, when speakers of this dialect say the word cool, they front the o sound of cool. (Habasque, 2020; Podesva, 2011). Another aspect of the CVS is that speakers tend to back or raise the front vowel /æ/. For example, in ban and other words in which /æ/ is followed by a nasal consonant, the speaker raises the vowel, pronouncing it higher in the mouth by raising her tongue. Moreover, in bat and other words /æ/ is followed by any other consonant, it is pronounced farther back of the mouth while lowering the tongue (Podesva, 2011).

So, what does Valley Girl speech have to do with how fresas talk? In this case, the fresa accent originates from the Valley Girl accent, when young Mexican women who went to American schools began to adapt to the accent. We begin to see the beginning of the fresa accent represented in the novel Las niñas bien “The nice girls” by Guadalupe Loaeza (Martínez Gómez, 2018).

A fresa is one of the modern stereotypes in Mexican society and is used as a term to refer to a person, usually a teenager or a young adult, who fits into the stereotype of someone who has an expensive lifestyle, behaves pretentiously, and who speaks Mexican Spanish very distinctively (Holguin Mendoza, 2017; Martínez Gómez, 2014). In Mexican society, being called a fresa can also be seen and interpreted as a back-handed compliment, being associated with a stigma and teasing. This also “projects a particular social refinement rooted not only in traditional Mexican categories of class, race, and gender, but also in white, upper-middle class culture, as well as consumer and leisure patterns extracted from the U.S. cultural landscape of late capitalism” (Holguín Mendoza, 2017, p. 6).

In fresas’ form of speech, they tend to lengthen their vowels more than necessary, especially at the end of each phrase (ex. fraseeeeeee; “phraaaaaaase”). They also tend to put an emphasis on and lengthen the letters “s” and the “c” in “ce” and “ci.” For instance, in the sentence neta güey el cielo está súper celeste (“like dude, the sky is super light blue”), we would hear this lengthening in the /s/ sound at the beginning of the words cielo and celeste (A. Suarez, personal communication, April 13, 2021). When producing consonants such as “b,” “d,” or “g,” the movement can described as a “‘hot potato in the mouth’ with a lack of closure of the mouth (like when one eats something hot)” (Martínez Gómez, 2014, p. 89-90), leading to the reduction or the loss of these sounds.

Another phonetic feature in fresa speech is the use of glottal stops, a type of consonantal sound produced by obstructing airflow in the vocal tract, or more precisely, the glottis (Martínez Gómez, 2014). For example the word o sea (“I mean”) inserts a glottal stop at the beginning of the phrase. Fresa speech also includes creaky voice, which occurs when speakers lower their pitch and produce irregular vibrations of their vocal folds, failing to push enough breath through them (Anderson et al., 2014; Van Edwards, n.d.). Creaky voice may be heard in phrases such as qué oso (literal translation: “what a bear,” cultural meaning: “how embarrassing”) (Martínez Gómez, 2014).

In fresa speech, it is also known that they employ a rising intonation, or uptalk. An example would be “o sea güey, ¿vamos al cine? (translation: like dude, we’re going to the movies?), in which we hear the rising intonation, as if it were a question, rather than a statement (Martínez Gómez, 2014). Fresas also tend to phonologically reduce certain words in their lexicon, such as güey –> wei –> [we] (“dude”) or o sea –> osea –> [sa] (“I mean”). Fresa lexicon also shows the frequent uses of certain phrases such as no manches güey (“come on dude”) and tipo de que (“be like”) (Martínez Gómez, 2014).

Furthermore, “fresas are not only perceived as being influenced by American culture in the type of life that they have but also in their language style” (Martínez Gómez, 2014, p. 94). What is interesting to see is that one of the few differences between Valley Girl speech and fresa speech is that the fresa dialect is perceived as using “proper” vocabulary by avoiding “Mexican slang.” However, fresa speech is also considered improper because of its constant use of English, in that it mixes in Spanglish, or words and idioms that come from both Spanish and English. Some of the English words and expressions that fresas tend to incorporate into their Spanish include words such as qué cool and súper (Martínez-Gómez 2014).

Both Valley Girls and fresas are seen to have similar speech forms as both groups tend to over-enunciate vowel forms, and they demonstrate uptalk in their dialect, speaking as if they were asking a question or in an interrogative way (Habasque, 2020; Martínez Gómez, 2014; Podesva, 2011). Both forms of speech are also perceived to be characteristic of speakers of a higher economic status, in both the United States and in Mexico, such as how a Valley Girl is perceived as being rich, white young females from San Fernando Valley (Tyler, 2015) and fresas being described as upper class young Latinas who lead a lavish lifestyle (Holguin Mendoza, 2017; Martínez Gómez, 2014). Both forms of speech are connected through fresas’ adaptation and use of English words and Valley Girl accents (Martínez Gómez, 2014, 2018). However, what is more interesting is how it all began with just a song written by a father and daughter.

Van Edwards, V. (n.d.). Vocal fry: What it is and how to get rid of it. Science of People. https://www.scienceofpeople.com/vocal-fry/

My name is Ana Lucía Jiménez de la Garza and I was born in Nuevo Laredo, Tamaulipas, Mexico and grew up in Laredo, Texas. I am a junior International and Global Studies major with a minor in Marketing and plan on graduating Fall 2022. I love spending time with my friends and hoping to one day make a difference in the world.
Author Portfolio Page