Medea did WHAT for love? 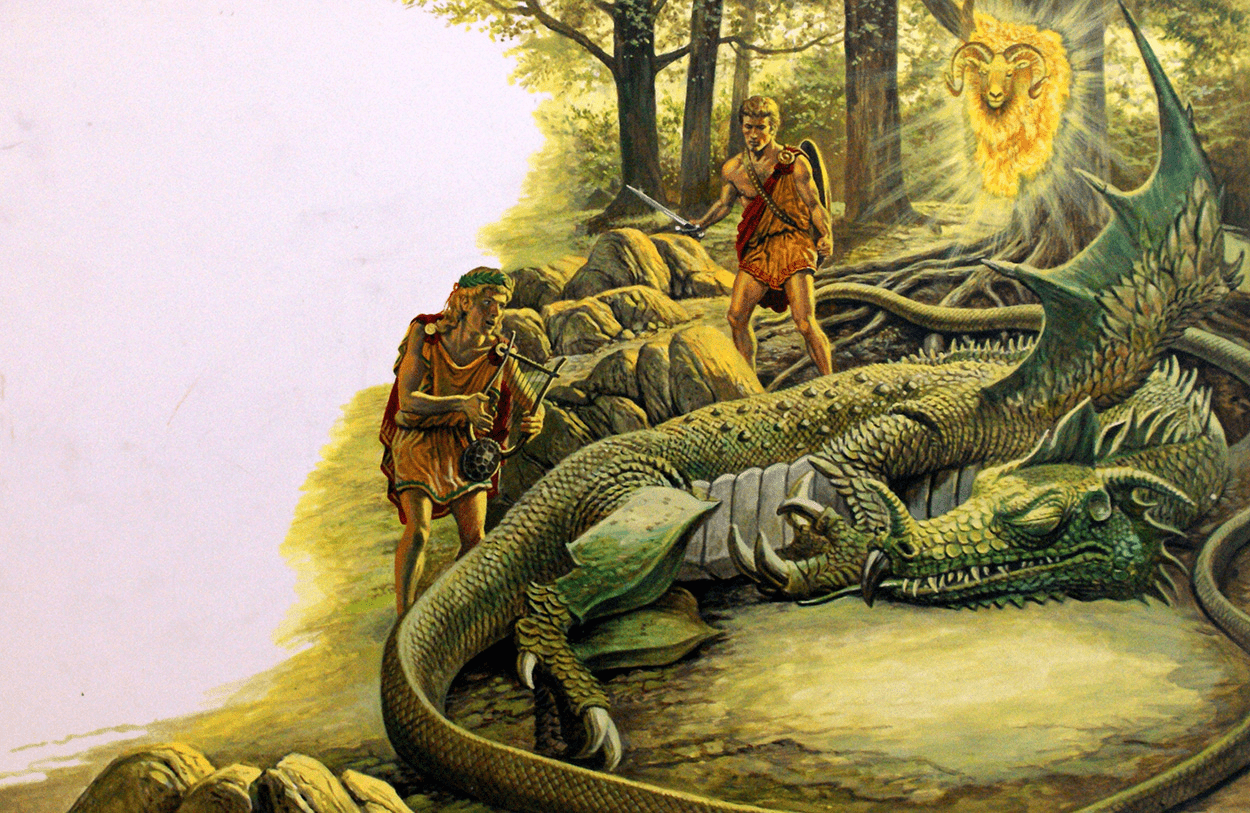 “Once upon a time…” is how many of our favorite love stories start. The couple meets, and complications arise, but in the end they have a happy ending. There’s also the classic “love triangle” love stories, and the decision of who to choose. And then there are love stories where there is no happy ending, where one or both lovers end in tragic death. We love these stories. We relate to them, seek advice from them, cry over them, and find comfort in them when we ourselves are sad. Here’s the mythical love story of Jason and Medea.

Jason is from the Greek city Iolcus. He sails on his ship, the Argo, with his crew the Argonauts, in search of the Golden Fleece, a fleece that was cut from a rare golden ram. Jason believed that if he got the fleece, his cousin Pelias, who took the throne from Jason’s father, would give the throne to Jason. The Argonauts sail to Cochlis to meet king Aeetes who had a beautiful daughter named Medea. Medea was captivated by Jason, but too afraid of her father to seek him out. King Aeetes told Jason that he could have the Golden Fleece if he completed three tasks that were nearly impossible. Jason fell into a deep depression because he knew that if he were to attempt these tasks, he would surely die. Jason, however, had the favor of Hera, goddess of women and marriage. Before he set out on his quest, he carried Hera, disguised as an old woman, across a river so that she would not drown.1

Hera asked Aphrodite, goddess of love, to encourage Medea to act on the feelings she had for Jason, and help him with his tasks, for Medea was a witch. Medea came to Jason and promised to help him with the tasks her father gave him if he would marry her. That night they were married in front of a temple of Hecate, the goddess of magic, who favored Medea and gave her the gifts she possessed.2

The first task required Jason to plow a field with fire-breathing oxen.3 Medea provided an ointment that allowed Jason to pass through the flames of the oxen unscathed. For the second task, Jason had to defeat the army of warriors that sprouted from the teeth of the dragon on the field. Medea gave him special instructions to follow to ensure he was victorious. His last task was to overcome the sleepless dragon that guarded the Golden Fleece. Medea knew that if the dragon found Jason creeping towards the Golden Fleece, he would kill him. She gave Jason a potion to keep the dragon asleep.4

King Aeetes was angered by Jason’s success and by Medea’s help. As Jason and Medea fled with the fleece, Aeetes sent Medea’s half-brother, Apsyrtus, after them to bring Medea back home. Desperate to stay together, the two killed her brother and scattered his body in the sea to distract her father and sail away.5

They returned to Iolcus so Jason could overthrow his cousin, Pelias, who had overthrown Jason’s father before. Medea convinced Pelias’ daughters that if they chopped him up into little pieces and threw him in a pot set out by Medea, he would reemerge young again. They believed her because she did an earlier reincarnation with a sheep that emerged as a lamb. However, Medea left out a key ingredient in the potion, and so Pelias never reemerged. His daughters, angered by their deceit, exiled Jason and Medea, and they fled to Corinth, a kingdom that was allied with Cochils.6

Once in Corinth, Jason and Medea lived peacefully for a little while and had two sons. But soon Jason’s desire to be king started to surface, and he got engaged to Glauce, daughter of King Creon of Corinth, thinking that by marrying the daughter of a king, he would become the next king. Medea confronted Jason, but he refused to break-off the engagement to Glauce. Heartbroken by Jason’s betrayal, Medea gave Glauce a poisoned wedding gown that caused her to burn alive while she wore it. Creon burned alive with his daughter as he held her while she was dying. Terrified that her children would be punished for her crimes, Medea killed her two children and fled to Aegeus, King of Athens.7

Medea later married Aegeus. She bore Aegeus a son, but she feared for his position due to Theseus, the lost son, who returned to Athens. Medea convinced Aegeus to send Theseus on a quest to kill a deadly beast, but Theseus defeated the beast and returned a victor. Panicked by the possibility that her son might not be king, she plotted to poison him during the feast. Aegeus realized her plan and saved his son. Medea fled back to Cochlis, her homeland, in exile once again. The rest of her history is not quite known.8